It's defeat for the Reds, as 10-man Rangers take the spoils thanks to a Josh Scowen stunner.

A scrappy game that wasn't pretty on the eye was settled in the early minutes of the second half when former Reds midfielder Scowen curled home an unstoppable effort from 25 yards out.

The red card issued to home substitute Ryan Manning with 20 minutes to play gave the Reds an extra man, but it was QPR who had the better chances as they twice came close to adding a second with quick counter attacks.

Paul Heckingbottom, fresh from yesterday's news of signing a new contract decided to hand Matt Mills a debut at centre half, whilst Joe Williams returned from suspension in midfield, with Nick Townsend finally ousting Adam Davies in between the sticks.

The Reds were the better side in the opening 45 minutes, and but for some good keeping from Alex Smithies and some better Barnsley decision making, the match was there to be won.

George Moncur tried his luck early when his low drive was well held by Smithies on five minutes.

Jordan Cousins was booked a minute later when hauling down new captain Andy Yiadom as he marauded forward through midfield. And from the resulting free kick, an Adam Hammill cross was flicked on by Kieffer Moore and Mills hooked over from six yards out.

Soon after, Moncur galloped forward on a 60 yard run, fed Moore inside the box and to the left, but the big mans shot was tame and straight at Smithies.

The home side fizzed a few crosses across the six yard box, whilst James Perch nodded over a header from a Luke Freeman corner, but it had been one-way traffic in a poor overall first half in terms of action.

The second half however, started in opposite fashion.

After the Reds escaped penalty claims on 47 minutes, the resulting clearance fell to Scowen 25 yards from goal to the left and he cut inside and curled home an absolute peach of an effort, giving Townsend no chance whatsoever. The former Red chose against celebrating against his former club.

It took 10 minutes to see a reaction, when a quiet Tom Bradshaw worked room in the box, spun and shot, but too tamely, straight at Smithies.

Then came the red card..

Manning had been on the field just 90 seconds before he steamed late into Mills, with referee Harrington producing the red card instantly.

Debutant Connor Mahoney came on for the last 10 minutes in place of Dani Pinillos as Heckingbottom threw men forward looking for an equaliser.

Sadly, other than a goal-bound Moncur drive being deflected over with minutes remaining, Barnsley failed to worry the hosts, and in fact it was Rangers who had chances to add a second when Townsend denied both Washington and substitute Osayi-Samuel in injury time.

Back to the drawing board for the Reds with a massive game at Oakwell as fellow strugglers Sheffield Wednesday come to Oakwell in the Yorkshire Derby. 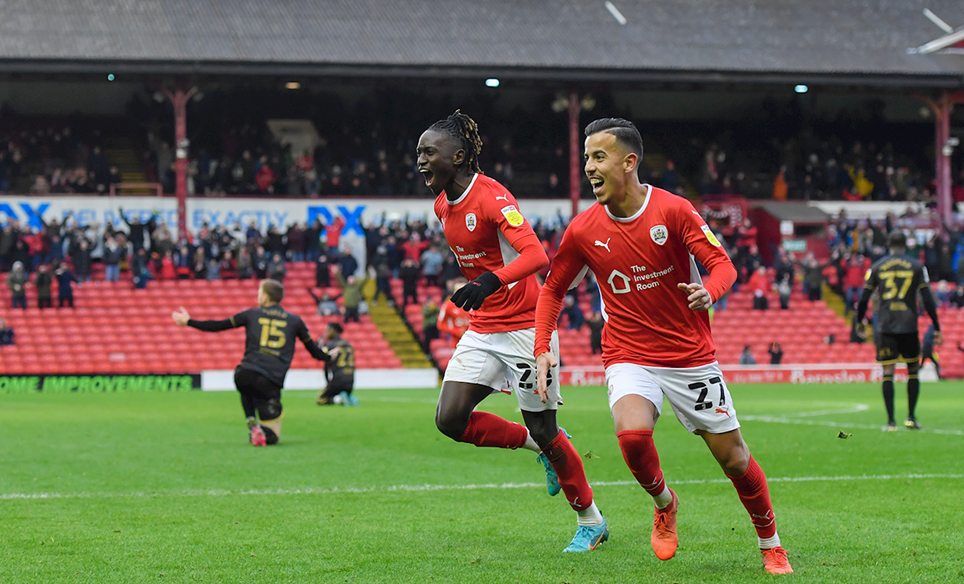