The striker opened his Reds account yesterday on his full debut for the club, and he spoke to us following the match.

A long-term Barnsley FC target, Oli McBurnie announced himself as a Reds player in spectacular fashion yesterday afternoon when he rifled home the equaliser following a mazy run into the box.

After waiting so long to wear the Red shirt - Oli nearly signed last summer - he was naturally delighted to have opened his account so soon, and in a massive game.

"I'm here to score goals, to influence the team and I think I managed that today. When I scored I think I've lost my head a little bit, gone celebrating in amongst the fans and stuff, but that's what football's about and it's the things you dream of when you're a little kid, scoring big goals and celebrating with the fans.

"I think it was a good debut and the boys were really unlucky not to get all three points because we dominated the game for large parts but we didn't get the rub of the green did we?

"Maybe it's because we're down near the bottom, things don't go for you so they say. But I still enjoyed it, it was a memorable full debut put it that way." 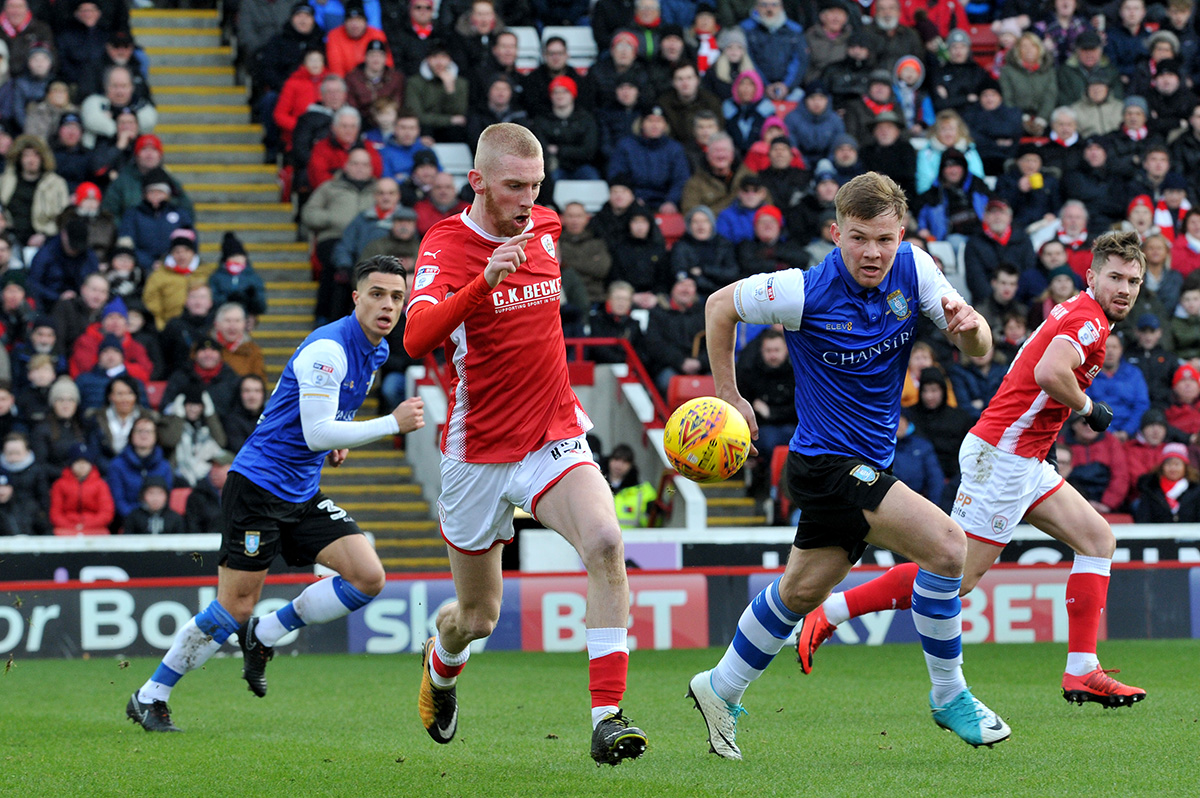 It's certainly a goal that will live long in the memory for everyone of a Reds persuasion, and that fact wasn't lost on McBurnie who says he knew full well what this game means to the supporters.

With local pride at stake, there's much more than just points on the line.

Oli said: "I knew all about this one, I've had messages from fans all week, some were saying there'd be a few pints waiting for me if I scored, so just to let them know I'll be taking them up on their offers!

"But in all seriousness, the boys are in there right now and they're gutted, they're disappointed we've not got the win because we were the better side.

"I think that's a good thing, that we aren't satisfied despite coming from behind to get something, we're more disappointed we've not won it. It fizzled out a bit in the second half but for the first hour we had the chances to have easily won it."

With the Reds having to deal with a manager leaving and all the turmoil that can create, Oli was quick to sing the praises of the players and of course Paul Harsley and his staff who have all stepped up to the plate in preparing a Barnsley side ready to do battle in a South Yorkshire Derby.

"Hars (Paul Harsley) has been brilliant with us all week, he and the staff knew from minute one how Wednesday were going to set up and he was telling us to get on the front foot, to really get at them and get the crowd behind us.

"And I think we did that. We took the game to them and made it hard for them to get out their half. We have to do that at home, we have to make sure we're doing the work up top and we're on the front foot.

"Like I said, it has been a strange week but Hars, Matt (Murray) and Andy (Holdsworth) were first class in training, it's been fast, intense and fun, it's what we needed and I think it showed up well in the game. We didn't get what we deserved and I like to think the fans felt the same, because they were right behind us and I want to thank them for their support, we'll need more of that from now until the end of the season."