The Portuguese gave his reaction to iFollow after the Reds battled for a point in freezing conditions on Humberside.

Following Barnsley’s 1-1 draw at Hull City on Tuesday night, Head Coach José Morais believes his team did enough to come away with all three points.

Oli McBurnie gave the Reds a first half lead with a powerful header, before Tigers’ captain Michael Dawson equalised to salvage a share of the spoils for Nigel Adkins’ side.

“I wanted to win,” said Morais. "We did things that could have given us more than we achieved, and the only thing I have to say is that I have a good feeling and a good perspective about our future because the way we played in the first half, and the way we fought in the second half makes me believe that we can achieve what we want to.”

Morais has picked up four points from three games since taking charge less than a fortnight ago, and there have been encouraging signs in the performances that the Reds can put distance between themselves and the drop zone.

One player, in particular, who appears to be crucial to the survival bid is on-loan striker McBurnie, who has four goals in his last four games for Barnsley.

“I’m lucky to have him - I’ve already said he’s a talented player; a player with goals,” praised Morais. "I have to congratulate Oli for the goals that he scored. I hope he can score in the next game too.

"I also want to say that the team is really working in terms of creating situations for someone to score, and I’m happy today that this someone is Oli and I’m hoping next time it will be Kieffer [Moore], Oli, [Mamadou] Thiam or another player.

“They are good players - this is what I believe from the beginning. They are working well, they have big capacities and confidence is coming with the quality of the games.

"I am a confident person and I making them believe that everything is possible when you are committed. We have a clear goal about what we want in life.”

Up next for Barnsley is a home game with Norwich City on Saturday. The Canaries are currently sitting comfortably in mid-table following their 0-0 draw with Bolton Wanderers at the weekend.

Victory for the Reds could seem Morais’ side climb as high as 18th and potentially move five points clear of the bottom three.

“My intention is to play the games and make the points that allow us to continue to play in this league, and I’m not thinking about anything different from this,” continued Morias.

"I think the players have the quality and everything that people are saying, I’m not even taking because the team are starting to play with a certain quality. What I want is to take them from this long, non-positive trend because I believe we are going out from this situation very quick." 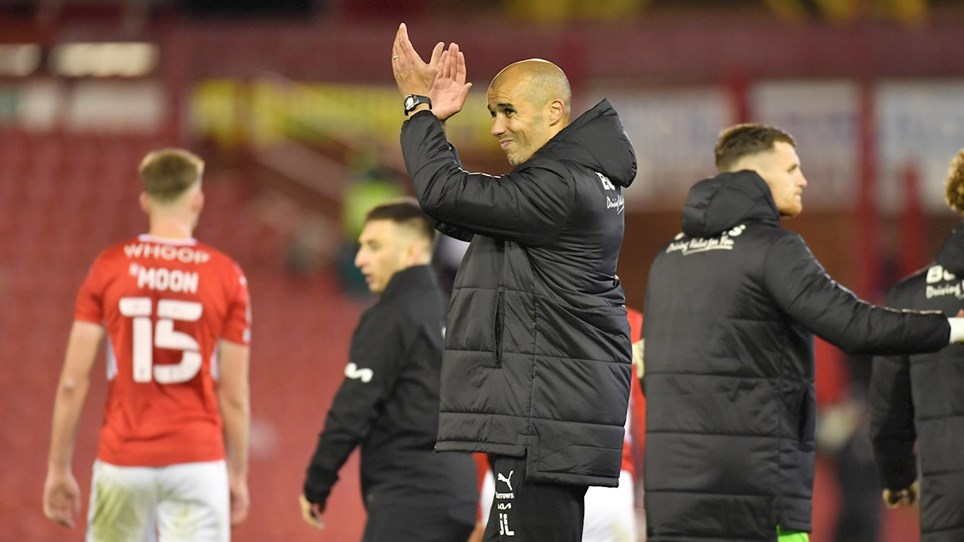