Following an impressive start to the 2018/19 Sky Bet League One campaign, Jacob Brown has been rewarded with a new contract until the summer of 2021.

Brown has progressed through the academy setup at Oakwell and is now a regular first team player under Daniel Stendel. After making his first league start away at Coventry City, the versatile young starlet netted his first league goals in two of the next three matches, during the away victories over Fleetwood Town and Peterborough United respectively.

Speaking to iFollow Barnsley after signing a new contract, Brown was clearly delighted and said: “For the club to show their faith in me like this, it’s really pleasing for me.

“It’s massive as a young player to have a gaffer who believes in you, and trusts you and to be rewarded with game-time and this new contract is fantastic. I need to keep working hard and helping the team, so we can achieve our goals this season.” 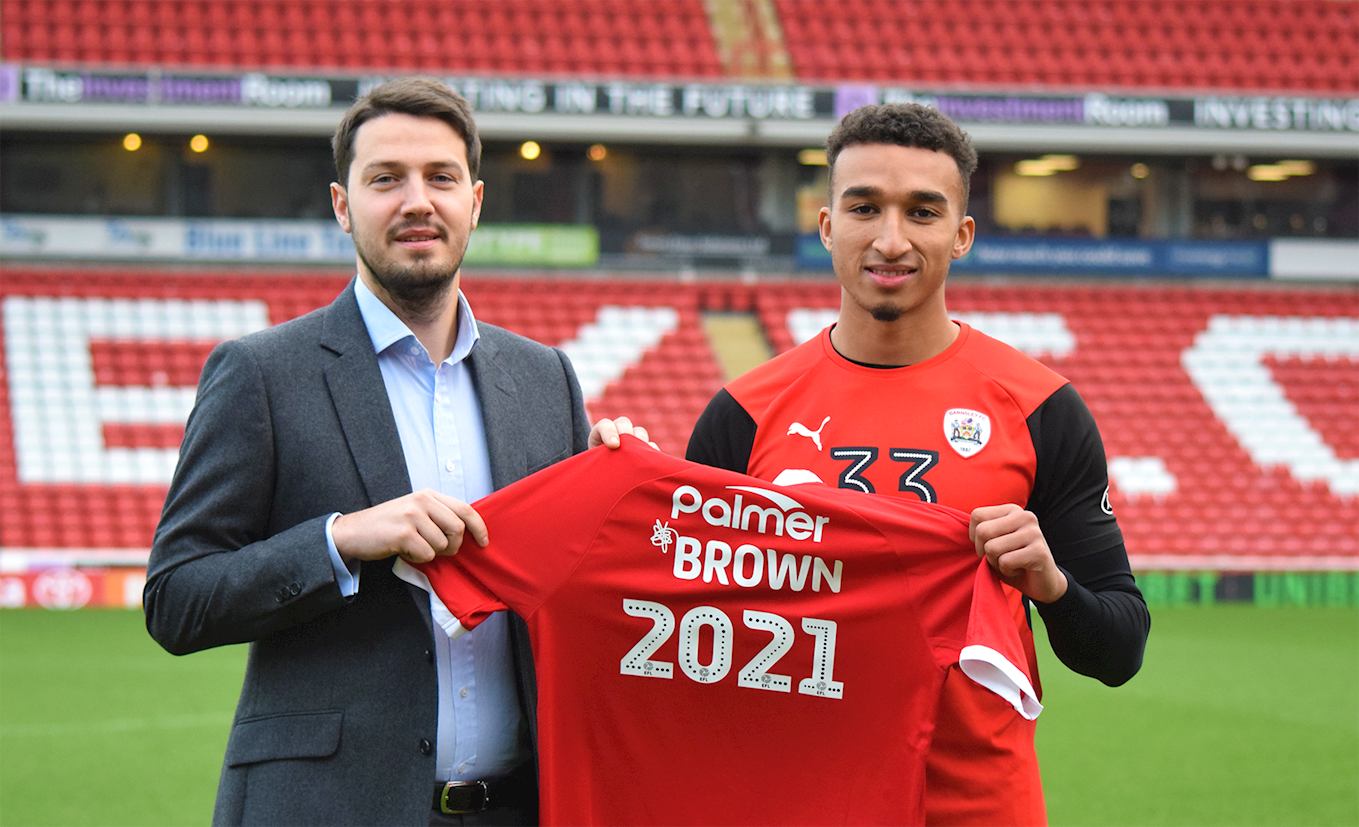 Head Coach, Daniel Stendel shared the happiness of one of his young players, stating he was very pleased to see him sign a new deal: “Browny has worked hard and deserves to be rewarded. Since his first game for me he has improved and helped the team. He can play in more than one position and that is very important in a modern-day footballer, I also know he would play anywhere and be happy, he has a great attitude and just wants to work for the club. I look forward to seeing him here for longer and working towards our goal.”

Chief Executive Gauthier Ganaye told barnsleyfc.co.uk that there was a major desire from both the Reds and Brown to get the deal signed: “We are delighted Jacob has extended his stay with us.

“It shows again the clear philosophy of the club and its commitment to youth. One of the reasons behind Daniel’s appointment was his track record with young players.

“He has developed a very special relationship with ‘Browny’ and is working hard with him every day to improve him.”

You can watch Jacob Brown's EXCLUSIVE interview over on iFollow Barnsley this evening.