Barnsley FC Ladies had a day to remember as they made it nine games unbeaten with a stunning 9-0 victory over The New Saints Women in the FAWNL Plate.

Lissa Woodhouse struck a magnificent hat-trick, while two goals from Amy Woodruff were added to by Annie Ward, Sophie Bell, Beck Hornsey and Darcie Greene as the Reds ran out convincing winners in Shropshire.

The visitors came flying out of the blocks and took the lead inside 20 seconds as Woodhouse’s cross-cum-shot from the right found its way into the back of the net.

Barnsley doubled their advantage ten minutes later with a flowing team move. Kath Smith combined well with Hornsey before releasing Greene down the left, who raced into the area and found the corner with unerring accuracy.

Two soon became three as Ward met Sophie Crosby’s corner, before Hornsey’s pin-point free-kick on the stroke of half-time effectively ended the tie as a contest as the Reds went in at the interval 4-0 ahead.

It was a similar story in the second half, with Barnsley continuing to dominate proceedings and their attacking play was rewarded once more as Woodhouse lashed home her second of the afternoon from 18-yards.

Woodruff then added her name to the score sheet as she headed home from Bell’s cross, before turning provider as she expertly set-up Woodhouse to slot home her hat-trick from six-yards.

Greene was then on hand to tee up Woodruff for her second of the encounter with 15 minutes remaining, and Bell rounded off the scoring as she latched onto substitute Rebecca Fevers’ through ball to make it 9-0.

Speaking after the game, Barnsley assistant manager Andrew Glossop said: “I feel good. We’ve won 9-0 and you’ve got to feel good about it. We started the game well, got a goal within 20 seconds of kick-off and said at half-time to push on and show them what we’re about, and we did that and got the goals.” 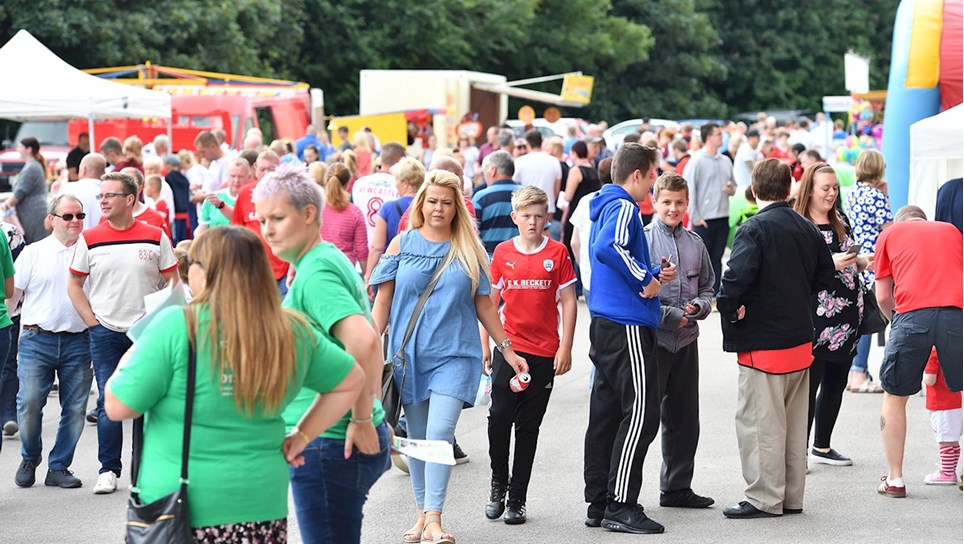