Barnsley U23s coach Martin Devaney believes the dismissal of Louis Wardle in the 2-0 defeat against Cardiff City changed the pattern of the game.

The young Reds were well in control at Leckwith Stadium, dictating the tempo of play and fashioning more openings before being reduced to ten men late in the first half.

“I thought we opposed ourselves well in the first half, got between the lines and created chances but unfortunately we didn’t take them,” said Devaney. “The incident with Louis has changed the game – there were two or three incidents – I’ve not seen it yet but I’ve been told it was a sending off.

“It massively changes my half-time team talk; we have to challenge the lads to defend and not concede. They did it well at times and frustrated Cardiff – they had a lot of possession – but unfortunately we couldn’t keep it up for the 45 minutes with the quality and experience that they had on the pitch, and they took their two chances well.”

Goals from Rhys Healey and substitute Ibrahim Meite after the interval ensured the Bluebirds claimed all three points in South Wales on a tough afternoon for Devaney’s side.

However, the young Reds’ coach was delighted with the versatility of his players over the course of the game, with Jacob Brown switching from right wing to right-back, Jordan Barnett playing at left-back and central midfield, and Elvis Otim also deployed at right-back after starting the match in midfield.

“It’s a good learning curve for the lads and it was good to see Cameron Simpson back on the pitch after injury and it was great to see Louis Walsh play again. There were some good individual performances, but it was tough when we went down to ten men.”

Up next for our U23s is a home game against Charlton Athletic on Friday afternoon, which will be played on the main Oakwell pitch.

Devaney is hoping for a similar, spirited and attacking performance against the Addicks as his side look to pick up their first win of the Professional Development League campaign.

“I’m looking for more of the same; in terms of our game plan it won’t change,” continued the U23s coach. “We’ll be attacking and try to play through the lines, dominate the ball and be aggressive in the press when we lose possession.

“We’ll look at the individual clips and move on, look ahead to the game on Friday because it’s a quick turnaround. So far, the lads have been great, it’s just been unfortunate because of the sending off. I’m looking forward to Friday and I’m sure the players are because they were really disappointed.”


U23s midfielder Joe Ackroyd has insisted he and his teammates ‘played for the badge’ in their 1-1 draw against Ipswich Town on Tuesday afternoon. 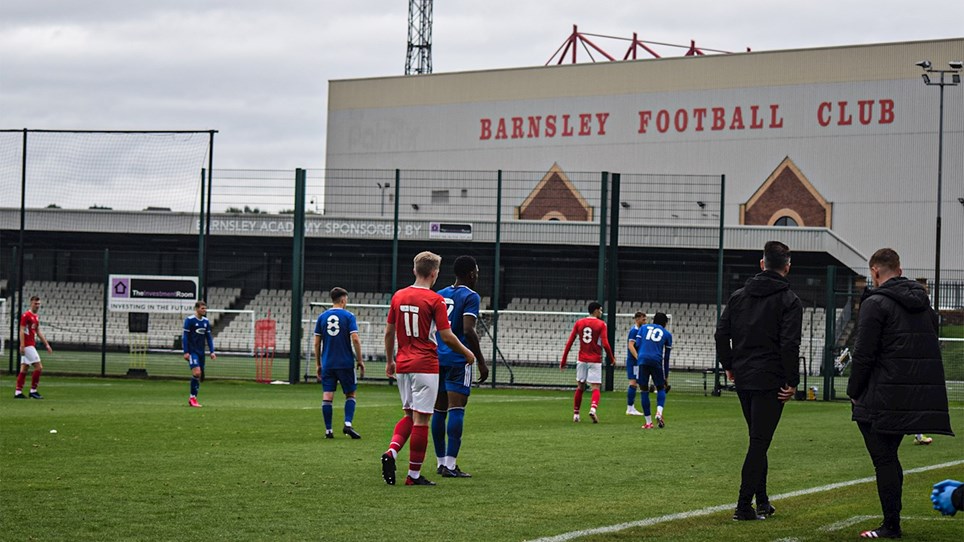 
U23s Head Coach Martin Devaney has hailed his side after they battled to a 1-1 draw against Ipswich Town on Tuesday afternoon.