Ahead of Saturday’s 2018/19 Sky Bet League One curtain-raiser at Oakwell, where the Reds will welcome Oxford United, we caught up with a man who represented both clubs for an EXCLUSIVE interview.

A player who made well over 100 appearances for the Reds over a six-year stay which culminated in 1997’s promotion to the Premier League, Steve Davis is fondly remembered by Barnsley supporters.

Before we discussed all things Barnsley and Oxford, Davis told us what he was up to these days.

“I’m at Wolverhampton Wanderers at the moment,” he told us.

“My last job in management was at Leyton Orient. I went in there last summer, they were struggling at the time having just been relegated to the National League, and after seven years at Crewe I realised this was a different challenge altogether. There was so much work to do and I thought I’d be given the time that I’d need to change things.

“But at the end of the day we all know how important results are. That’s the thing with management now, you can have plans but you have to be winning games. I learnt that the hard way I suppose.

"But coming back to what I’m doing currently, I’m at Wolves with the Senior Development Group. I’ve been doing this since the end of June. Coaching some of the younger players or those who aren’t involved with the first team. I’m enjoying it.

“There are some good players here who just need a chance. It’s about keeping them fit, mentally as well as physically and so they’re in a good place should an opportunity to go out on loan arise.”

The former Reds defender explained that whilst one day he might well be open to a return to management, he’s happy doing what he’s doing, which is primarily a focus on training, coaching young players.

He told us that being a Wolves supporter - which came as a shock to barnsleyfc.co.uk - made the role an idealistic one in some regards.

“At the moment I want to just take a back step if you like, try and re-educate myself and learn from my experiences as a manager up to now. It’s giving me a chance to evaluate things a bit I suppose, the things I’ve done well.

“To be able to do that here at a club that’s progressive, they’re going to be playing Premier League football again, it’s a very good opportunity for me. And with me being a Wolves fan it gives me that extra motivation I suppose.”

Davis laughed as we questioned how strange it was that he was once battling away for the Reds against Wolves in that fight for promotion two decades ago, and we never knew he was a closet Wanderer!

“I was always professional!” He said, laughing.

“You are though in all seriousness. At the time we had such a great group of players at Barnsley and the sole focus was promotion.

“It wouldn’t have mattered were we playing Wolves 46 times I’d have wanted to win every game. It was the Mark McGhee era at the time, and he’d made comments along the way which only served to spur us on really. We even pinned some of the newspaper cuttings up in the changing room, so he helped motivate us even further really.” 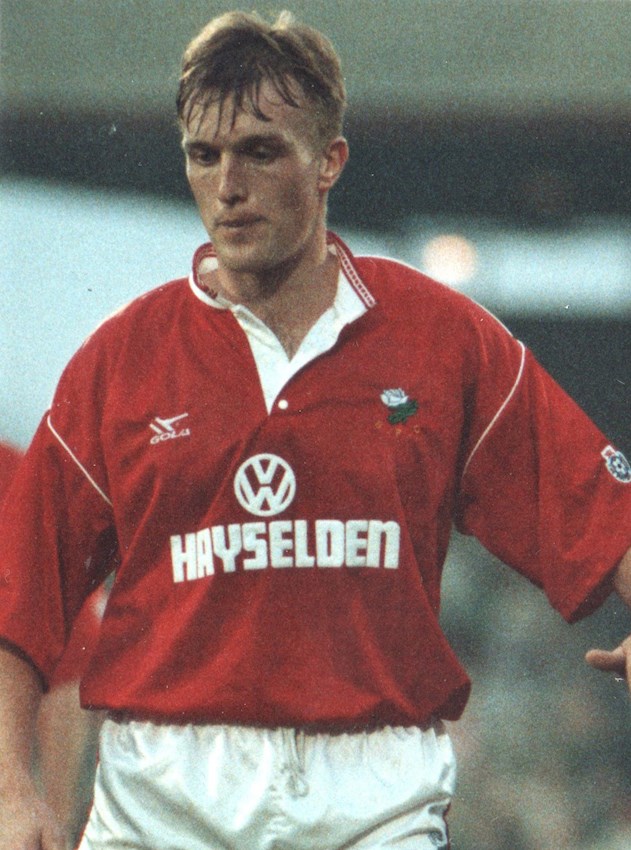 Last year didn’t go to plan for Steve or Barnsley in terms of results and the now 53-year-old admits to being gutted when he saw the Reds had been relegated on the final day of the 2017/18 campaign away at Derby.

However, he’s confident that with the disappointment of that failure now lifted from Oakwell, that Daniel Stendel and his side can fight their way back to where he believes Barnsley belong, in the Sky Bet Championship.

He told us: “I was absolutely gutted when I found out. Gutted. The club means a hell of a lot to me, they gave me some of the best years of my life, they’ve always been good to me.

“But I think they’re capable of coming back. It won’t be easy, I know myself from my time at Crewe that League One is a tough division to stay in, never mind get promoted from. And with relegation it can bring negativity and a hangover if you like.

“But they’ve seemingly stuck together and everything I’m hearing sounds very positive and together, so I’m sure they’ll be challenging at the top end of the division. It’s not a League One club, Barnsley. And they’re not a club with financial limitations like many in the division.

“Also, and I know this only too well, they get the numbers at Oakwell, for that level especially. The crowds will turn up and if they’re playing the proper Barnsley way, those fans will get right behind you. That is like an extra few points at times, that’s why I say it needs everyone to be together, everyone fighting for the same cause.” 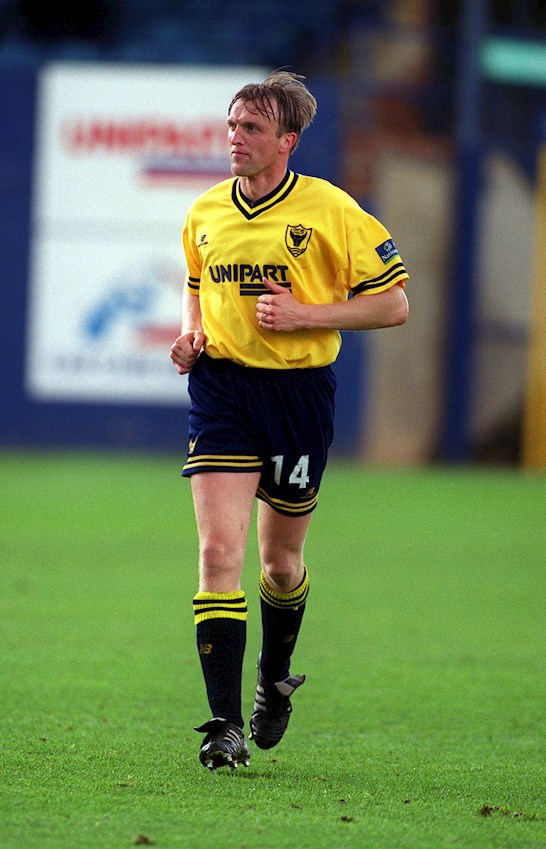 The Yellows of Oxford are our opening day opponents on Saturday and that’s the club that Davis eventually departed for, after leaving Oakwell.

He spent two years down there and has similar feelings about the club and the people as he does Barnsley, and believes the match at the weekend could be between two of League One’s promotion-hunting outfits.

“I had two good years at Oxford and it’s a shame really that my career was coming to a close really. I’d had the injury troubles at Barnsley and I probably wasn’t at the best of my abilities then. But they’re a great club and I keep an eye on their results.

"I know ‘Robbo’ (Oxford United boss, Karl Robinson) quite well. He’s a good young manager, he did very well with MK Dons and did the best he could at a difficult club in Charlton. I’m confident he’ll do well with the U’s and potentially get them back into the Championship.

“They’re like Barnsley in that respect really, they’re probably Championship level in terms of finance and the fanbase. I’m sure Saturday will be a real challenge for both sides and fingers crossed they’re both up there with a chance in nine months time.” 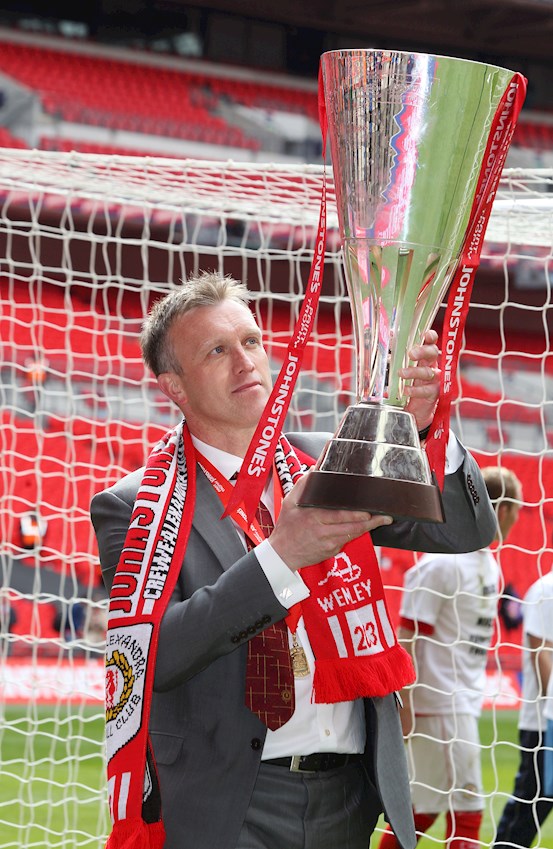 The last time the two sides met was in April of 2016 when the Reds defeated Oxford in a five-goal thriller at Wembley to lift the Football League Trophy.

Davis lifted the same trophy himself as manager of Crewe Alexandra but he remembers another game between the two clubs more vividly.

His two sons were involved at Oakwell, Joe and Harry who are now professional footballers themselves (at Port Vale and Grimsby Town respectively).

He told us: “It was 1998 I think, quite early on in the season. I was on the bench for Oxford, I think I had an injury at the time but both of my boys were mascots that afternoon, for Barnsley and Oxford, so I’ve real fond memories of both clubs and I wish them both all the best for this coming season and thank the supporters for their kind words over the years.” 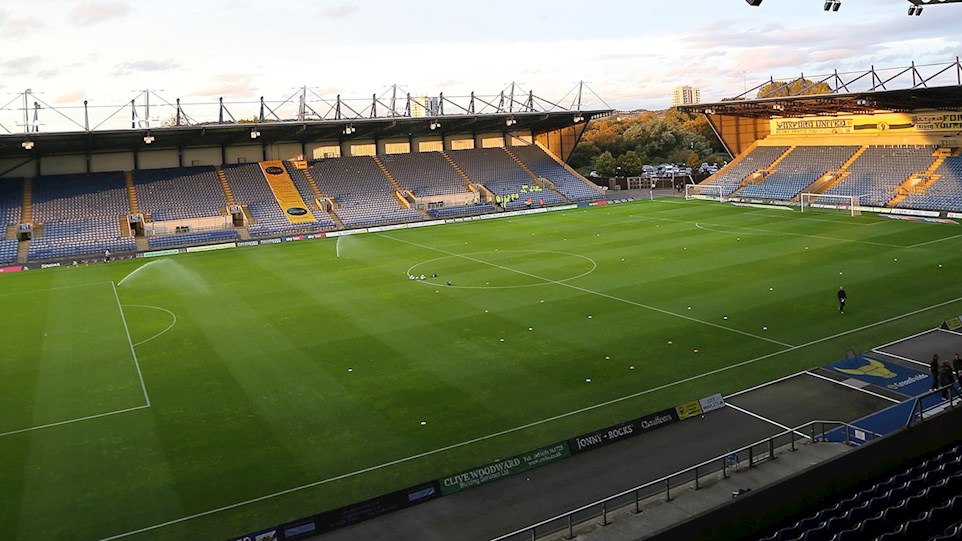 
Reds to travel to Oxford on January 29th for Sky Bet League One clash. 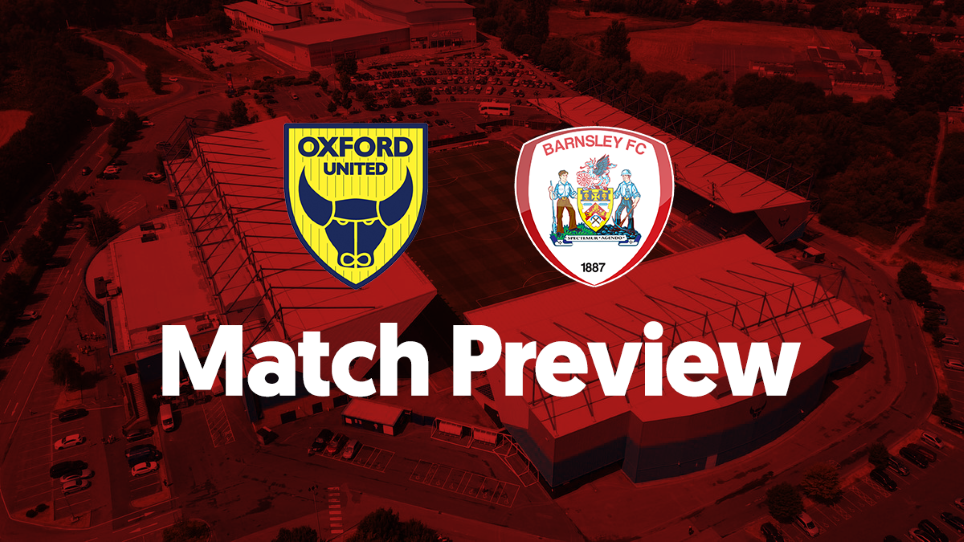 
The Reds head to the Kassam Stadium on Tuesday night as the Sky Bet League One fixtures keep on coming, and we've got everything covered in our big match preview. 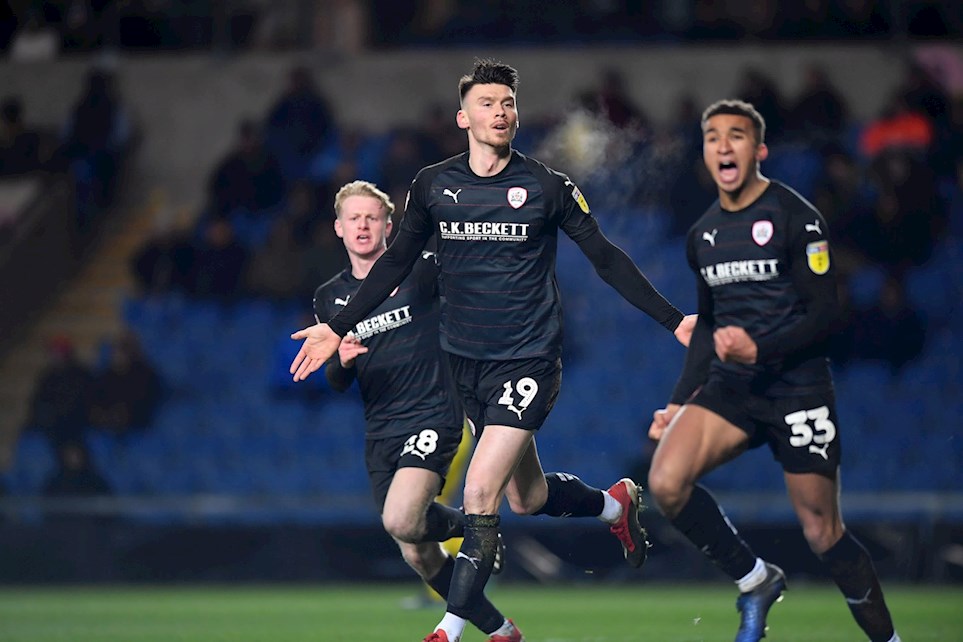 
The Reds fight back at a freezing Kassam Stadium to claim what could be a precious point!


The Reds welcome The U's to Oakwell on the opening day of the 2018/19 Sky Bet League One season and tickets are available now.