The story of how a football team made a town believe again...

In 1997, Barnsley was struggling to recover from the impacts of the greatest industrial dispute this country had ever seen. In less than 10 years, in a town of a population of around 200,000, over 30,000 jobs were gone.

But one group of people provided them hope. Led by the young but inspirational Danny Wilson, Barnsley Football Club earned promotion to the top tier of English football for the first time in its 110 year history, playing football likened to that only seen on the beaches of Rio with a group of players assembled from Non-League, free transfers & local lads raised through the clubs academy. An achievement never seen before & one unlikely to be seen again.

‘Daydream Believers’ (www.daydream-believers.co.uk) is the story of that achievement.

The film, produced by www.graft.agency, has been financed completely through Crowdfunding & will Premiere at The Lamproom Theatre, Barnsley on Sunday 2nd September 2018. The film will then run for one week only!

All profits from the sale of the DVD will be donated to local charitable causes. 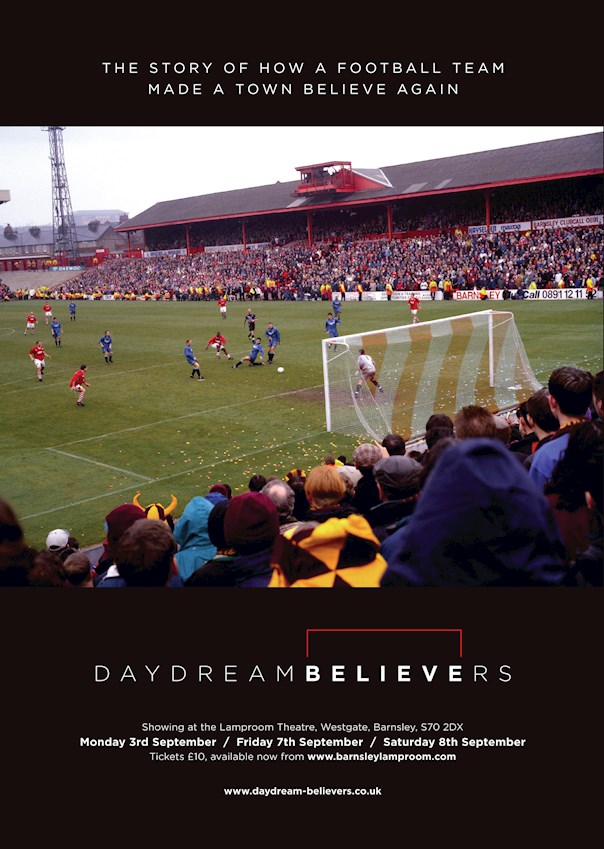