It's the Reds Vs the Bantams, South Vs West Yorkshire in the first Yorkshire derby of the season this Saturday and here's our big match preview!

After a fantastic start to life in English football, Daniel Stendel will get to experience his first Yorkshire Derby this weekend as the Reds travel to Valley Parade.

With both sides taking three points from their opening games, we can expect a cracking encounter between two long time rivals.

Having only managed to finish in 11th place last season, The Bantams will be hoping for a much better season this term under new manager, Michael Collins.

Having only retired himself from professional football last season, Collins is certainly a fresh face in the world of football management. The former Republic of Ireland youngster worked as Bradford’s under 18’s coach last season whilst also playing for FC Halifax Town in the National League. Now solely focussed on coaching, Collins was chosen by the board as the man to take the club forward. A busy summer for The Bantams saw the departure of Charlie Wyke, however the club also brought in some very exciting players including the likes of Jack Payne, Sean Scannell and George Miller.

The last meeting between the two sides saw the Reds come away from West Yorkshire victorious in January of 2016. Marley Watkins scored the only goal after two minutes in a 1-0 win that gave Barnsley the three points, a precious result in the Reds’ promotion-winning campaign. 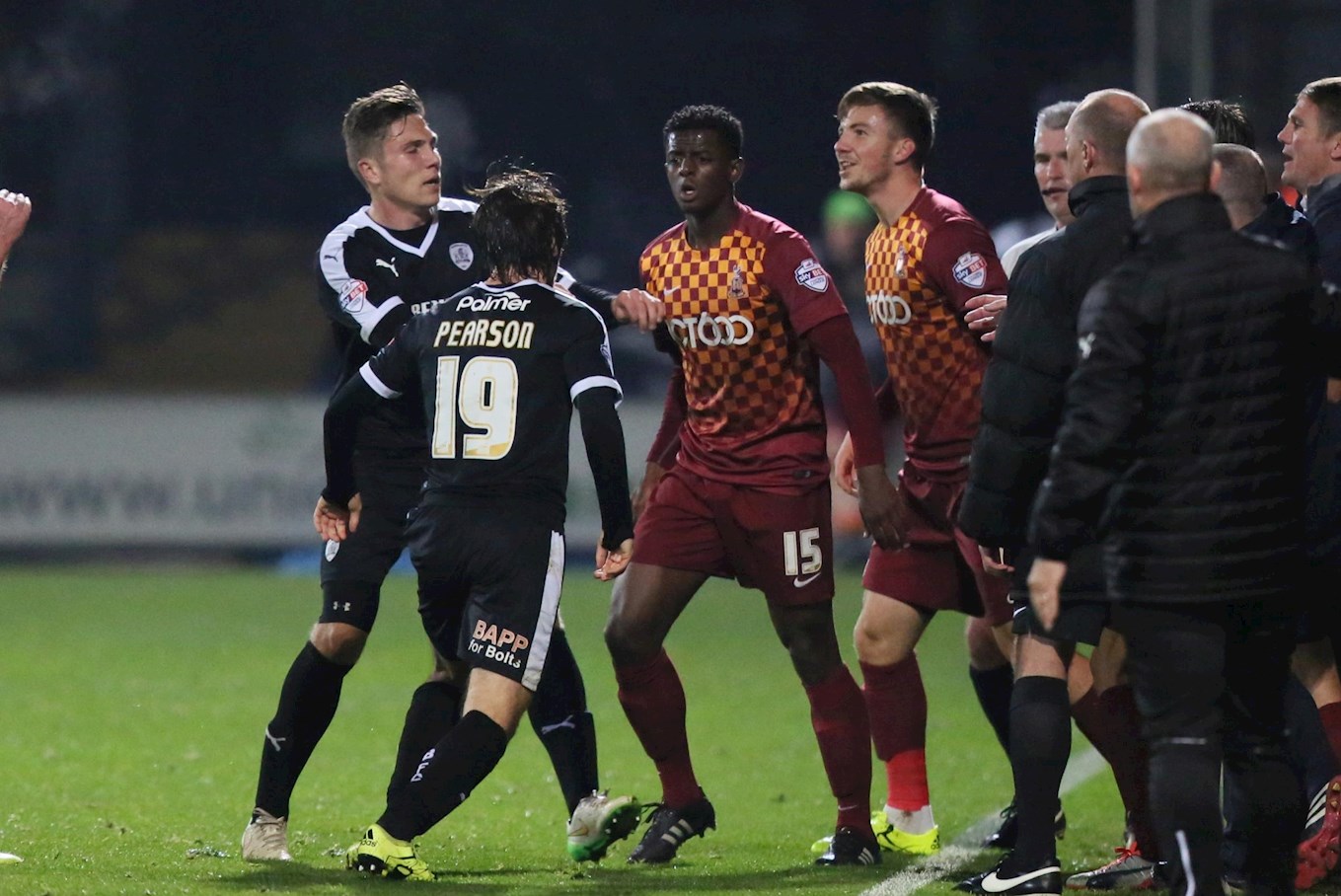 With both sides looking to maintain 100% records, and 2,500 travelling fans making the trip, we should be set up nicely for a classic encounter at Valley Parade.

For those of you not heading to Valley Parade, subscribe to iFollow Barnsley today and don't miss a kick of the action, with our live commentary and for overseas fans, our live match streams.

Click the link below from around 2:45pm on Saturday!