As ever ahead of a matchday we try and track down a player who represented both the Reds and our upcoming opponents, and today we caught up with one of our greatest centre forwards, Trevor Aylott.

The Bermondsey-born frontman arrived at Oakwell in 1979, leaving Chelsea at the age of 22 to really kick-start his fledgling career.

His time with the Reds was a successful one, plundering 26 goals in 96 appearances for the club and forming part of a side that won promotion back into the second tier in 1981 under Allan Clarke.

Right at the end of his career, at 36 years of age he finished his playing days at Priestfield Stadium with Saturday’s visitors, Gillingham.

A traditional black cab driver in London since retirement, Trevor’s ‘knowledge’ extends into the modern world of football too, and he admits he had a little smile when we got in touch, knowing straight away what we were contacting him about.

“You’ve got the Gills this weekend!” He laughed.

“I’ve got to be honest though, I’ve not really seen much of Gillingham in recent years and in fairness I was only there a year at the back end of my career. But I played with Steve Lovell, the current manager and whilst he was a quiet lad back then, you knew he had an analytical mind so going into management didn’t shock me.

“In fact I think he nearly got the job way back, but Glenn Roeder got it at the time.

“He’s a great bloke though so I’m happy that he’s finally got his chance and they’ve started reasonably well, looking at the table and their results so far.” 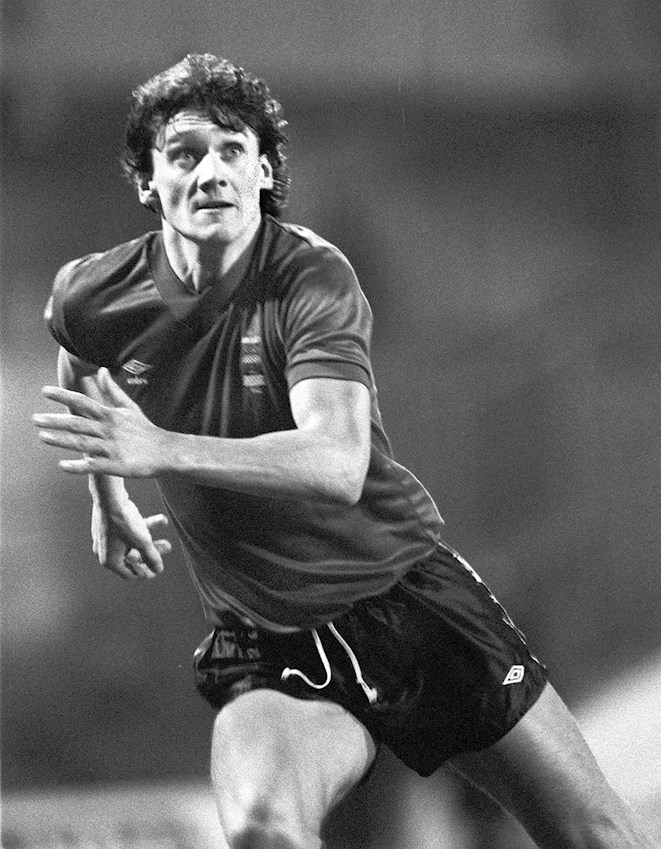 We asked Trevor about the Reds’ own start to the season. Still unbeaten in Sky Bet League One ahead of the Kent outfit’s visit to South Yorkshire on Saturday, yet to concede on home turf.

The man known the most at Oakwell for his winning goal against Manchester City all those years ago told us that he’s impressed with Daniel Stendel’s side thus far but not surprised.

As he explained, saying: “Barnsley going down again last season gutted me. I saw them a few times, I did the commentary with Matt (Bailey) down at Millwall when they turned one of my other old clubs over.

“They were really good that day, I would never have envisaged relegation being possible after seeing the way they performed that afternoon. So it’s not a shock that they’ve got off to a good start this season.

“Barnsley shouldn’t be in the third division as we oldies still refer to it! I’ve looked at the statistics and you’ve been taking 2,000+ fans away to matches, that just shows the support is still there and it’s terrific that they’re being rewarded with points.” 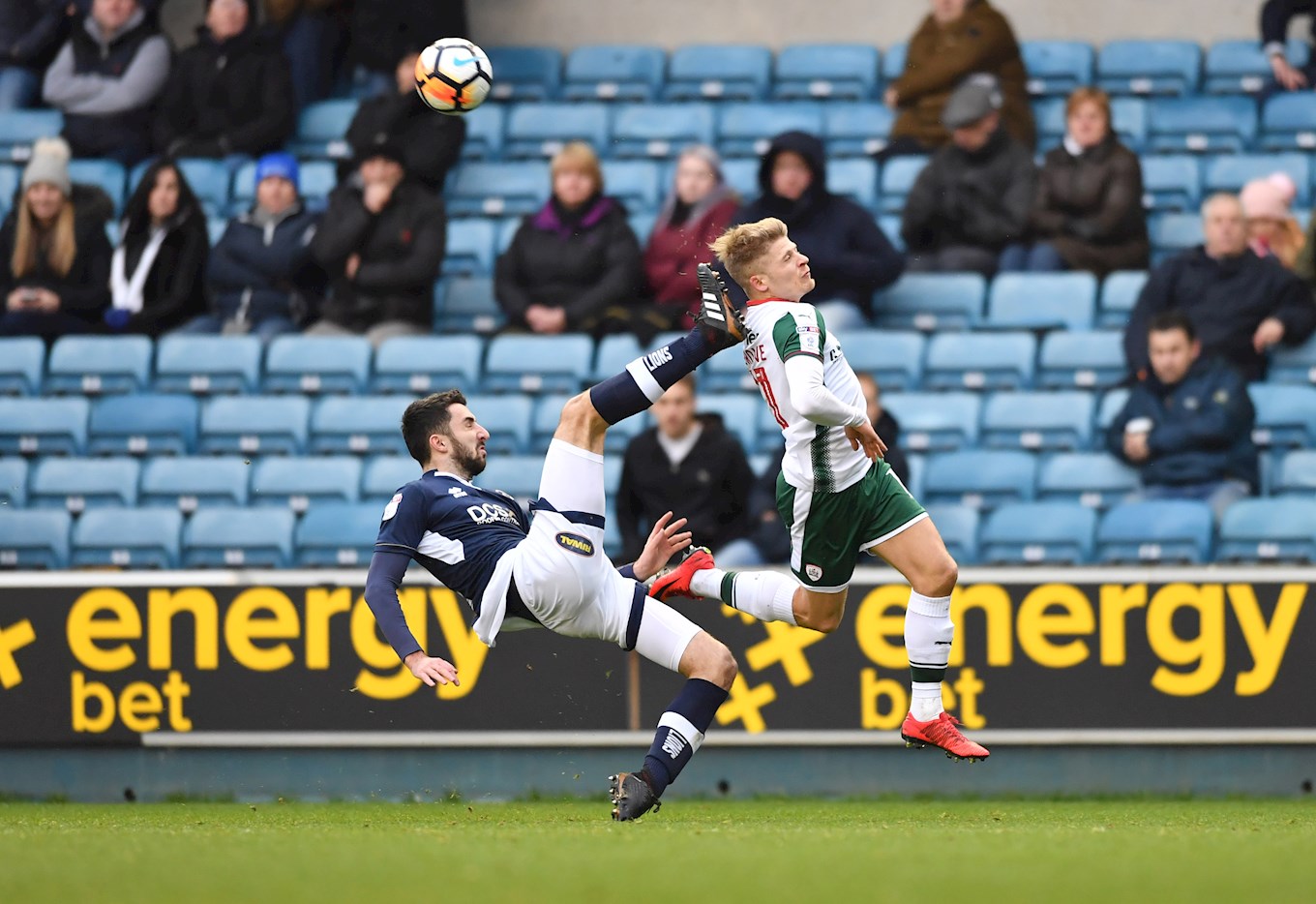 So what did Aylott reckon the score would be when two of his old clubs faced off on Saturday?

With both sides starting well, sitting inside the top ten of the Sky Bet League One table at this admittedly embryonic stage of the 2018/19 season, it’s never simple to predict which way such a match might fall.

However, the big man was quite adamant when giving Barnsley the thumbs up on this occasion.

“I think Gillingham will probably approach the game like Wimbledon did recently. Sit in and try to frustrate the Reds.

“They’ll get a lot of that this season, teams shutting up shop.

“The early goal’s key. Or at least scoring first. They’ve blown sides away already once they’ve got that first goal, and I think that will be the test this weekend.

“I sense there’s a buzz about the club again and I’m pleased to see that. They’ve made a terrific start and momentum is massive in football. It just builds and the confidence of the players grows with it. 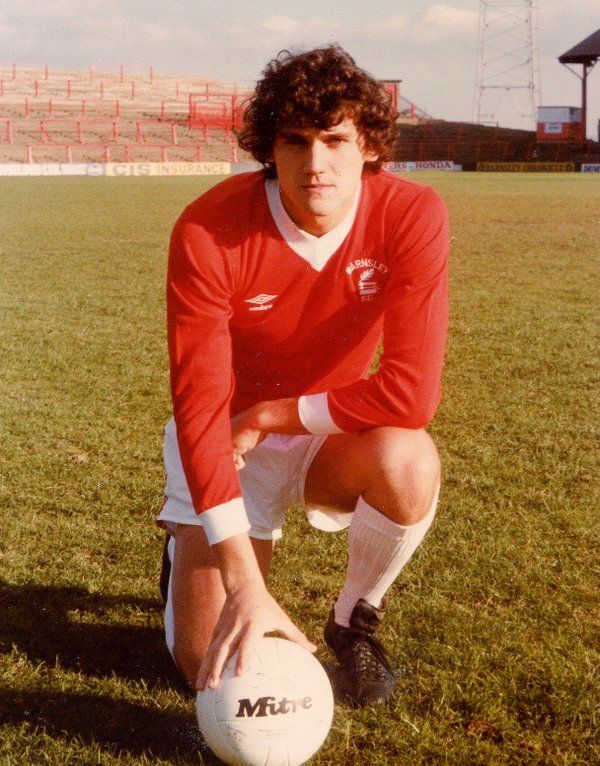 The Reds saw Adam Davies and Kenny Dougall called up by their respective national teams this week, and with Barnsley no longer a Championship club, there’s no designated international break.

It will mean changes to key positions for next week’s clash with Walsall at Oakwell, and there’s the first game in the group stage of the Checkatrade Trophy to negotiate before that on Tuesday also.

Aylott believes that whilst losing key players can be a blow, it also shows the strength of the Reds squad to have international players at League One level.

He said: “It’s not ideal, and I believe there’s a few others in the squad who’ve had caps before and one or two who might consider themselves unlucky not to get the nod for their country. But that shows something must be right at the place, if in the third division you’re getting internationals playing for you.

“And the games will come thick and fast for them this season. But when I was playing I preferred the quick turnaround, I preferred playing games over training.

“Any player who comes in for these games must see it as their chance to stake a claim for a regular place in the side.” 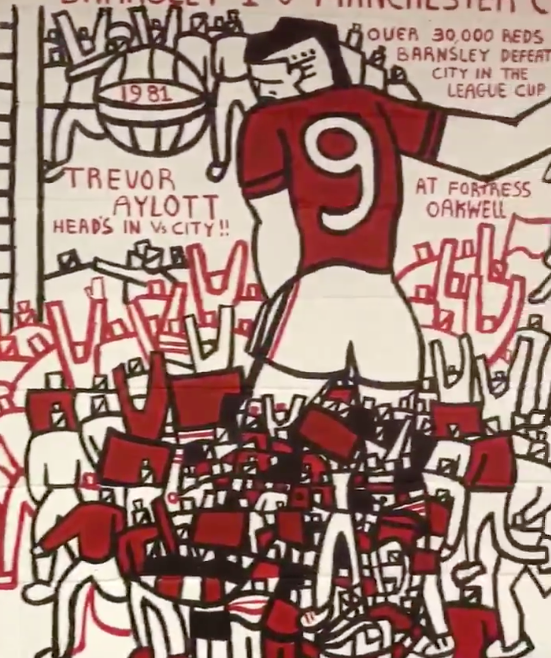 It came as something as a pleasant surprise for Trevor when we informed him of the fantastic historical timeline painted by official club artist, Ben Mosley this summer.

The Ponty End Mural features the striking image of Aylott’s glorious goal against City in front of the very same stand, and he was delighted to first find out about the honour, whilst secondly stating just how proud it made him feel.

“That’s just fabulous, it really is. I wasn’t aware of that. But wow, that’s really made my day that has. I’m made up, I really am.

“To be remembered as a player is something that really makes you feel proud once you’ve packed in and you’re knocking on like I am! But to know I’m included like that, I can’t thank the club and Ben enough.

“I hope to get up for the Oakwell Hall Of Fame evening, Barnsley play Luton Town, another old club of mine the next day, so I’ll hopefully get the opportunity to take in the mural and meet Ben.

“I was invited by the club to last year’s 130th anniversary celebrations but personal reasons scuppered that, which I was gutted to miss out on. Make no mistake though, it means the world to me knowing the Reds fans and the club after all these years still hold me in high regard.

“I only ever did my best for them, and I’m glad it was appreciated.”