Barnsley U23s travel to Bristol City on Friday afternoon for their final Professional Development League game of the campaign.

Paul Harsley’s side are looking to finish the season strongly after a resounding 5-1 victory in their last outing against Coventry City on Monday.

Victor Adeboyejo, Amir Berkovits, Sam Fielding and Trialist were all on the score sheet for the young Reds in a game that they dominated from the first whistle at the Alan Higgs Centre.

The result meant that Barnsley closed the gap to Burnley to just one point, as the Clarets lost 2-1 at home to Hull City.

Another win for the Reds on Friday could see them leapfrog Michael Duff’s side and finish the campaign tenth, providing Burnley fail to beat play-off chasing Sheffield Wednesday.

Bristol City, meanwhile, are bottom of the Professional Development League South and have conceded 16 goals in their last eight outings.

Top scorer Antoine Semenyo, who has six goals for the Robins, is currently enjoying a loan spell at Bath City in the Vanarama National League South.

Next on the list of top scorers is Arnold Garita, who joined City from French outfit Châteauroux in 2016. The 22-year-old had a loan stint at Plymouth Argyle last season, scoring twice in 14 appearances as the Pilgrims won promotion to League One.

Garita has five goals in five outings for the Robins’ U23s this campaign, but is yet to feature for the first team at Ashton Gate.

The Cameroon-born forward is still 11 behind Barnsley’s red-hot Adeboyejo, who is one of the league’s in form players.

You can watch how Harsley’s side get on at Bristol City’s training ground in Failand for FREE on Friday. Kick-off is at 3pm, but there is no seating for spectators. 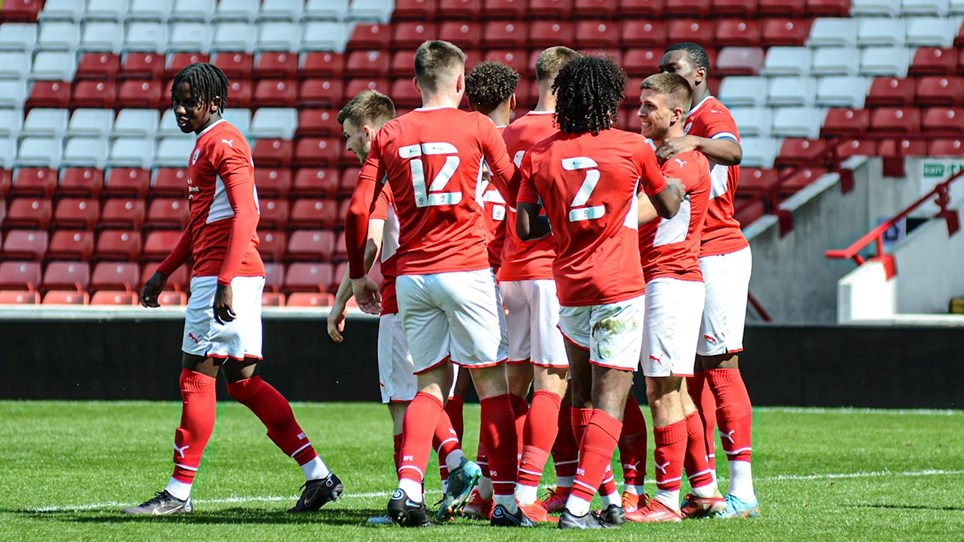 
Our U23s played out a 1-1 draw with Bristol City on Monday afternoon at Oakwell in the Professional Development League.