The Reds head to Elland Road for the Yorkshire derby tomorrow and here's the lowdown on our hosts.

With four games left in Barnsley’s survival mission in the Sky Bet Championship, it is time to pay a visit to Elland Road this Saturday afternoon to face former Head Coach, Paul Heckingbottom, and his Leeds United side.

José Morais' Reds still occupy the highest relegation place going into the game, albeit with a game in hand on rivals Birmingham City and Bolton Wanderers. Heckingbottom’s Leeds have been in a sticky spell of form, dropping into 14th after four games without a win, but three points for the hosts can move them back into the top half.

With results elsewhere potentially dictating the future of Burton Albion or Sunderland this weekend, the Championship survival battle is now at the business end. 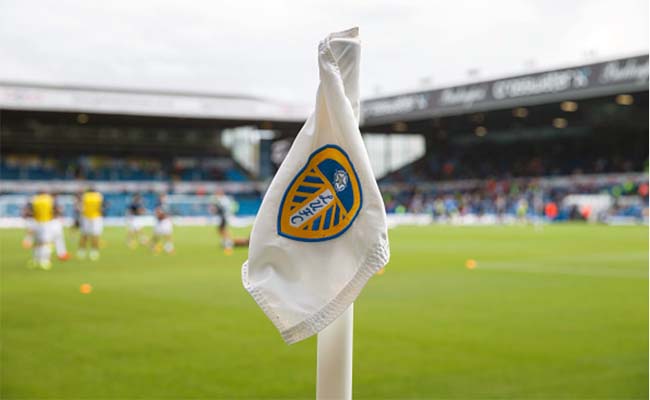 Leeds United are one of the Championship’s biggest clubs, having spent most of their history in the top flight and were once one of English football’s dominant forces during the 1960s and ‘70s.

The Whites boast three league titles, becoming the top side in England in 1969, 1974 and were also champions when the Premier League was founded in 1992. Leeds have been league runners-up on five occasions, and won the FA Cup during one of these campaigns in 1972. They won the League Cup in 1969, have lifted two Charity Shields, and have won two Inter-Cities Fairs Cups. The club reached the European Cup final in 1975 – losing out to Bayern Munich in Paris – and have won the second-tier title in England three times, most recently in 1990, just two years before winning the old First Division.

Leeds spent much of their time in the Premier League finishing in the European places, playing several seasons in the UEFA Cup and Champions League. Things became worse for the club further down the line, suffering relegation in 2004 and not returning to the top tier since. Leeds dropped into League One after an administration-hit campaign in 2006/07, but recovered to eventually return to the Championship in 2010 at the third time of asking. The club have remained in the division ever since, mostly holding onto mid-table finishes, although twice finishing seventh including last season. Despite their strong start to this campaign, the West Yorkshire side slowed down, and are now facing a familiar end to another Championship season. 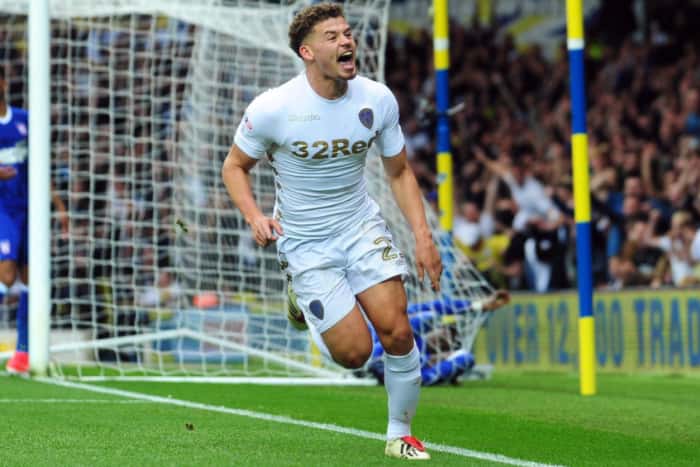 Bailey Peacock-Farrell has recently got a run of games under his belt between the sticks for the side, after being given a chance by Heckingbottom. The 21-year-old has impressed many Championship followers with his gutsy performances, and is considered a promising talent. Originally from the North East, Peacock-Farrell came through the ranks at Middlesbrough until being offered a scholarship deal at Elland Road. Signing professionally in 2015 and making his debut in 2016, the goalkeeper spent part of this season on loan at York City, having to adapt quickly to the step up. His displays of late have seen him make his Northern Ireland U21 debut, after receiving a senior call-up but not featuring in 2017.

Pontus Jansson has become a strong character in the Leeds dressing room since arriving at the club – initially on loan – in 2016. The tall and powerful Swedish centre-back began his senior career in his homeland with Malmo, where he made over 100 appearances in all competitions. After a spell in Italy with Torino between 2014 and 2017, Jansson signed permanently at Elland Road and has attracted the attention of fans for his no-nonsense style. The defender has played more minutes than any of his teammates so far this campaign, and has also notched three goals.

Kalvin Phillips is another of Leeds’ young academy products, becoming a first-choice central midfield player with five goals and three assists this term. The 22-year-old was rated very highly by his youth coaches through the ranks at the club, and captained the under-18 side in 2014/15. Brought into the first-team fold by Neil Redfearn from his previous work with the youth setup, Phillips excelled and is now one of Leeds’ key midfield men, with a tenacious playing style and a bright future.

Pablo Hernandez has had a remarkable career and at 33 is one of Leeds’ most experienced and gifted footballers. The attacking midfielder and wide man has earned four senior Spain caps, and scored for his country in a 5-1 friendly win over Austria in 2009. Hernandez grew up near Valencia and played for several years across two spells with the club. Also featuring for Swansea City, Getafe and Rayo Vallecano among others, his signature for Leeds in 2017 was a welcome boost at Elland Road. Creative, tricky and a specialist when it comes to set-pieces, Hernandez is undoubtedly one of Heckingbottom’s key players.

Samu Saiz arrived in West Yorkshire last summer from Spanish outfit Huesca, and has fit seamlessly into the side with his exciting forward play. Saiz is a tricky customer, and is able to operate in the number 10 role as well as up front and deeper in midfield. Having grown up through the world-famous Real Madrid academy, Saiz turned out for the club’s ‘B’ and ‘C’ teams before going on to play for the second strings of Getafe, Almeria and Atletico Madrid. Success at Huesca earned his move to England, where he has been considered a huge buy since his arrival. Saiz has also been capped at under-19 level by Spain. 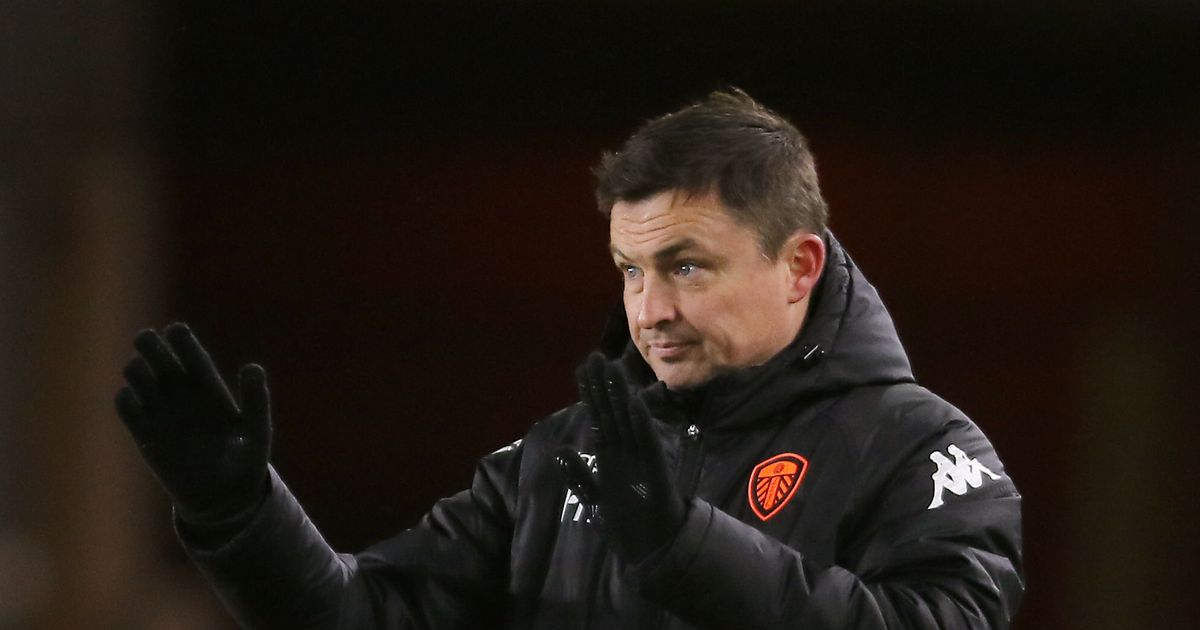 Reds fans will need no reminder of who the man at the helm at Elland Road may be, after Paul Heckingbottom’s move across Yorkshire back in February.

The Barnsley-born former defender played for a number of clubs including the Reds during his playing career, along with the likes of Sheffield Wednesday, Norwich City and Darlington. After hanging up his boots in 2011, Heckingbottom took charge of the under-18 and under-23 sides at Oakwell before signing a permanent managerial contract with the first team in the summer of 2016, having already guided his boyhood club to two Wembley finals and a promotion whilst in caretaker charge.

The Reds’ first season back in the Championship was a successful one under Heckingbottom particularly during the early months prior to Christmas. After finishing 14th, and revamping the squad, Heckingbottom left the club just over two months ago to join Leeds United where he is attempting to rekindle the team’s form with next season in mind. Alongside Heckingbottom is former Reds assistant coach, Jamie Clapham. 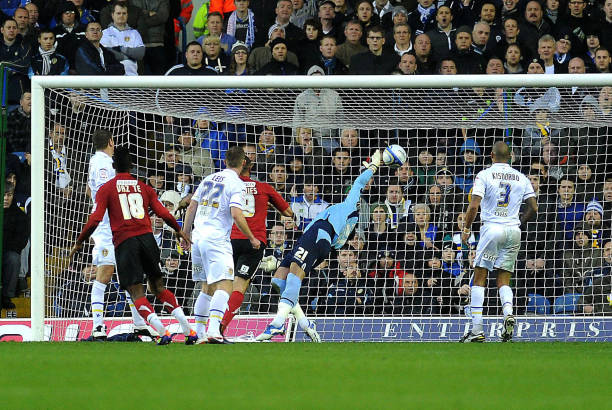 Barnsley have won 20 of the 61 past meetings with Leeds United, with Saturday’s hosts winning 24.

The Reds will be looking to avenge November’s 2-0 defeat to Leeds at Oakwell, during which time Thomas Christiansen was in charge of our opponents.

You have to go back to November of 2011 for Barnsley's last successful trip to Leeds, with Keith Hill's side defeating the Whites 2-1, with Craig Davies and Ricardo Vaz Te on target for the Reds.

With four ‘cup final’ clashes remaining, the stakes could not be higher for this Saturday’s Yorkshire derby.