The Reds welcome the Bees to Oakwell for our final home fixture of the season, and here's our lowdown on our visitors.

The survival mission continues this Saturday in our final Oakwell clash of the season, as Dean Smith’s play-off chasing Brentford head to South Yorkshire in a make-or-break encounter.

The Reds missed the chance to move out of the relegation zone with our game in hand last Tuesday, as Nottingham Forest ran out 3-0 winners at the City Ground. Jose’s men remain 22nd, level on 38 points with Burton Albion and just behind Bolton Wanderers with 40, with our two rivals facing each other this weekend in another clash that could decide matters at the foot of the Sky Bet Championship.

We must win at least one of our final two matches to keep our hopes alive of staying up, with our final home game posing a huge incentive to take the three points ahead of the final day at Derby County on May 6th.

Brentford will certainly be a force to be reckoned with, and the Londoners have ambitions of their own. The Bees sit 8th, three points outside the play-off places in a very close fight, and are without defeat from their last seven league games.

Brentford are one of the household names of league football, having competed in the Football League for the best part of a century. The club are at least looking to establish themselves as a second-tier club, having not managed to stay more than five seasons in one division – one way or another – since 1992. Under Dean Smith, the West London side have still not given up hope of reaching the Premier League, having earned a Championship place in 2014.

With a steady history and their status as a well-respected club, it has been a decade since Brentford finished outside the top half of the league they have played in. Since their promotion from League One four years ago, the team have ended up 5th, 9th and 10th in respective campaigns, and this year will make it 11 seasons in a row with a positive finishing position.

Brentford have been champions in the second, third and fourth levels of English football. Having won the Third Division South (equivalent of League One) in 1933, the club went on to take the Second Division (Championship) title two years later. They also took the Third Division crown in 1992, and have won the fourth tier on three occasions, most recently in 2009. The club have won a number of regional trophies, including three London Challenge Cups, and the London Senior Cup. Saturday’s visitors’ best league finish was fifth in the top flight in 1936, and they have reached four FA Cup quarter-finals, and three Football League trophy finals including a Wembley occasion in 2011 – a 1-0 defeat to Carlisle United.

The club are very ambitious to kick on for more success, and will be as hungry as the Reds for Saturday’s points in their hunt for a Premier League debut, which would see them return to the highest level after a 71-year absence. 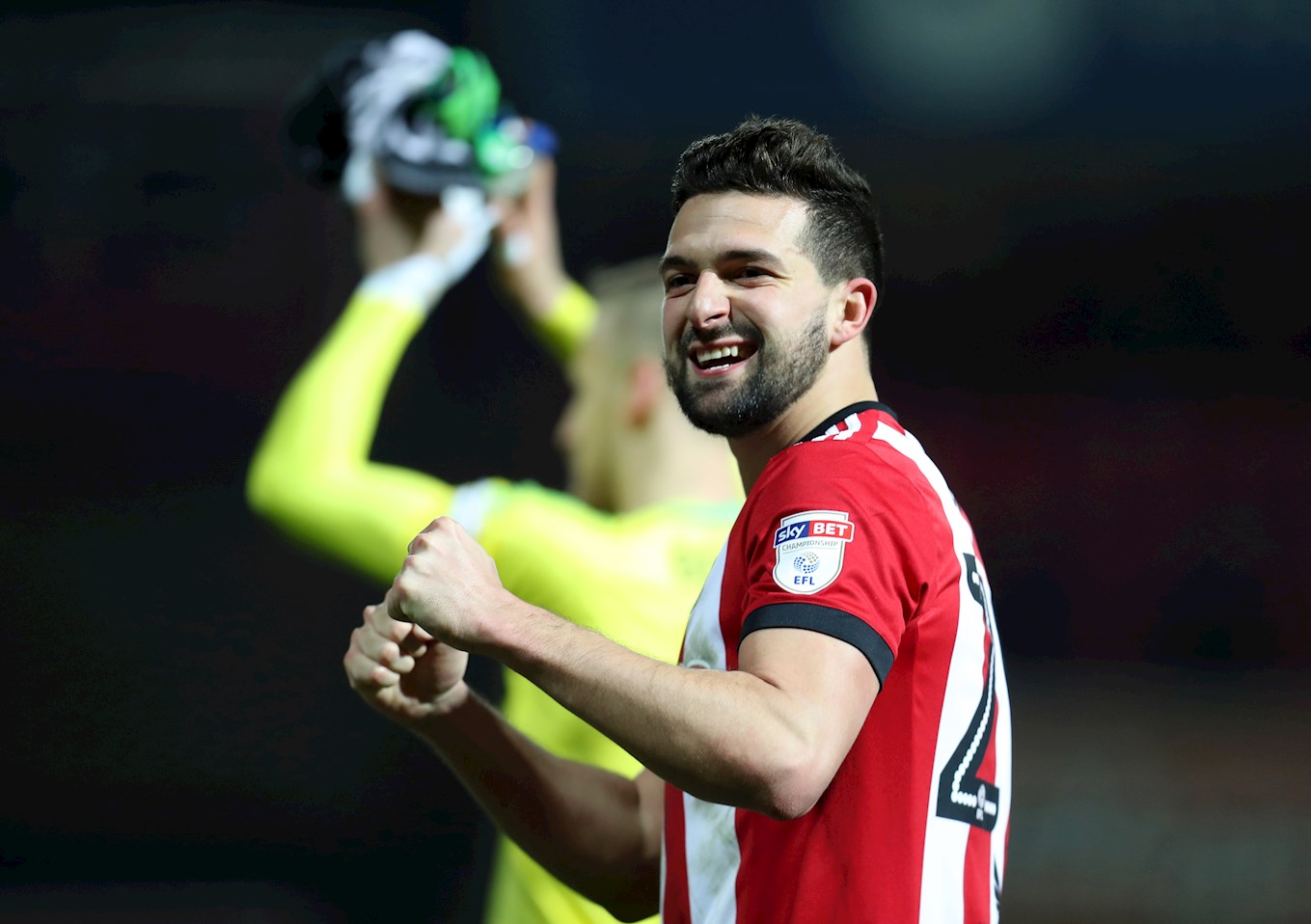 Daniel Bentley has been an ever-present between the sticks for the Bees this season. The goalkeeper has kept 15 clean sheets so far this term, and has been highly-rated since arriving at Griffin Park in the summer of 2016. Having started as a centre-back, a solitary game in goal in his hometown of Basildon caught the eye of an Arsenal scout, and Bentley remained in North London until 2008 when he moved to Southend United, where he would go on to make nearly 200 appearances. Having well established himself as a league goalkeeper and made the PFA League Two Team of the Year in 2014/15, Bentley made the move to Brentford two seasons ago and has been a significant part of the club’s play-off push.

Yoann Barbet has stamped a marker down in English football after proving a success this season in the red and white of Brentford. The Frenchman joined the club in 2015 from French Ligue 2 side Chamois Niortais, with whom he first played first-team football for a season after coming through the ranks at Bordeaux, establishing himself in their ‘B’ team. Still only 24, Barbet has been capped at under-18 level for France, and looks to have a bright future as a late bloomer at the back for the Bees.

Ryan Woods has been a stand-out performer in a Brentford shirt so far this campaign. The midfield man has spent three years at Griffin Park, and has shown consistent performances in his side’s hunt for the play-offs. Despite only notching one goal and three assists in 37 appearances, Woods is often seen as the vital hub in midfield with an ability to control games. Having risen through the ranks at Walsall and Shrewsbury Town, Woods made his senior debut with the latter in 2013, racking up many appearances before making the move to London. The 24-year-old has also previously operated at full-back.

Ollie Watkins has played more minutes than any other outfield player in the Brentford squad, scoring 10 goals and notching four assists – his scoring exploits only topped by Neal Maupay. Although the forward has not been able to score since lastmonth and missed a penalty in last weekend’s victory over QPR, he has been a key man this campaign and works as a solid, consistent team player. Watkins is a graduate of the Exeter City academy, coming through the ranks at his local side until joining Brentford in 2017. Watkins’ goal return is encouraging, and at just 22 is a real promising talent who is bound to flourish in league football.

Neal Maupay has been a big success and another young talent in a Brentford shirt this season. Leading the scoring charts for the club so far, Maupay is a real nuisance up top and shows a great range of skill on the ball despite standing at just 5’7’’. The French under-21 international can also play an attacking midfield or wide role, and made his debut for Nice’s first team in 2012 at the age of just 16. Maupay arrived last summer having also represented St. Etienne and Brest in his homeland, and has often influenced games off the bench for Smith’s side. The striker is another of Brentford’s promising young squad, and is a name to remember in the future. 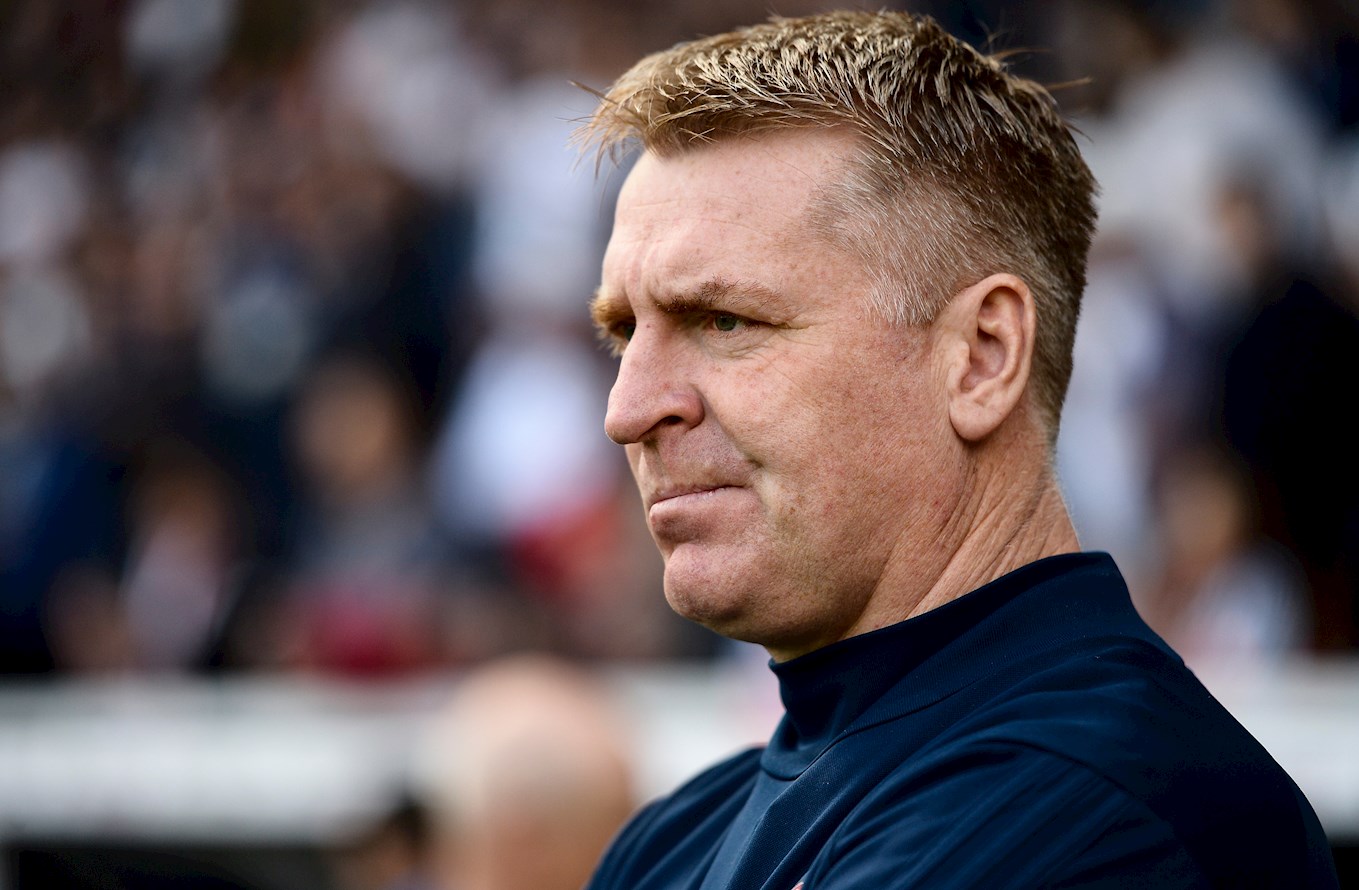 Dean Smith was appointed manager at Griffin Park in November 2015, and has since led Brentford to respectable top-half finishes in the Championship. Smith is aiming to go one better in his third run-in with the club, using his previous managerial experience with Walsall to his advantage.

Smith took Walsall, whom he had also played for over a five-year spell as a defender, to the Football League Trophy final in 2015. He had taken the reins of the first team in 2011 after initially overseeing the youth setup, having worked as an assistant at former club Leyton Orient for two years prior.

Making his senior Walsall playing debut in 1989, Smith became an important part of the side until joining Hereford United in 1994. After three seasons in the West Country, the centre-back moved to Orient, racking up almost 300 appearances before spells at Sheffield Wednesday and Port Vale in the mid-2000s to sign off his playing career.

At 47, Smith is still relatively young for a coach, and has earned plaudits for the way he has built his team at Griffin Park under smaller resources than many of their competitors. 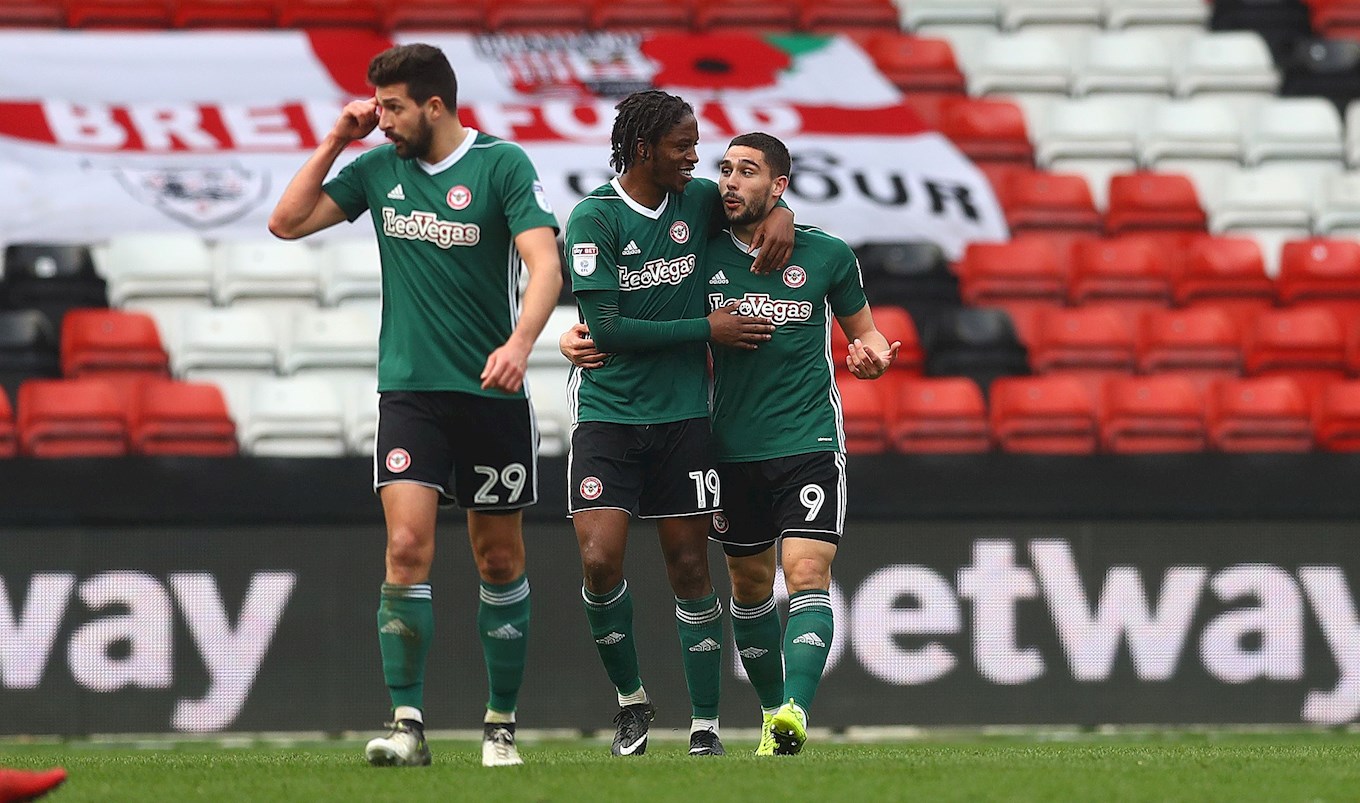 Barnsley and Brentford have met on 56 previous occasions, with the Reds winning 12 to the Bees’ 23.

This season’s reverse fixture in West London was played in December, with the teams unable to be separated and playing out a 0-0 stalemate.

The Reds are unbeaten in their last three meetings with Brentford, including a 2-0 win at Griffin Park amongst last season’s excellent away wins – Adam Armstrong and Sam Winnall on the scoresheet that day.

Barnsley’s last Oakwell success over this weekend’s opponents was back in April 2003, when substitute Isaiah Rankin’s injury-time winner gave us all three points in an end-of-season Division Two clash.

With points needed and fast, the stakes could not be higher for Jose’s team as we look to carve out an all-important victory this Saturday afternoon.