Former Reds hero Brian Howard gave us his thoughts in this weekend's edition of BE RED, and here's a snippet of that interview.

The former midfielder represented the Reds with distinction over four years at the club before later transferring to the Blades.

Brian couldn’t express enough just how difficult a task it would be tomorrow against Chris Wilder’s Play-Off chasing Sheffield United side.

United were denied victory in the last minute against Cardiff City last time out but the Blades are still well-set for a top-six tilt.

However, Howard believes form goes out of the window when it comes to local rivalry.

“This is a derby game, it’s local rivals, form means nothing in games like these. It’s a passionate affair, a one-off where anything can happen." he told us.

“On a day like this, we have to hope that the new regime understand what a derby means to the supporters. I’m sure José will get that. United have a Blade as manager in Chris Wilder, so he’ll know what it means to their fans.

“The fans will be huge, they need to get right behind the players because if Barnsley can get a result in a game like that then momentum could kick them on for the rest of the season in the race for survival.”

So, does the former Reading man believe the Reds can win that race?

“It’s going to be really tough,” he said.

“It’s not looking good for Sunderland and Burton, but the issue for Barnsley is the others just above them have all picked up a few wins of late and so the gap’s widening.

“I have good friends at the club and my heart’s in Barnsley, it’s a club I have so many fond memories of so I hope they manage to stay up, but it’s definitely getting tougher each week without that victory.”

Grab a copy of BE RED tomorrow, priced at just £3 from around Oakwell!


Our South Yorkshire derby against Sheffield United will be available to watch LIVE on iFollow Barnsley for fans at home and overseas. 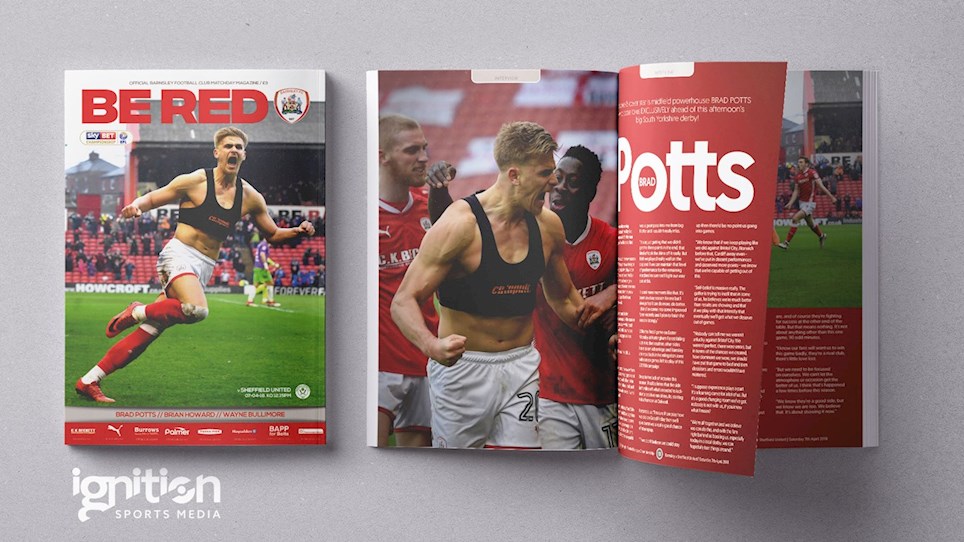 BE RED vs Sheffield United


The Reds welcome local rivals the Blades to Oakwell for Saturday's early kick off and we have an action-packed edition of our official matchday magazine in store for you!