The Reds face Wolves at Molineux tomorrow and Paul Heckingbottom and Adam Davies gave us their thoughts ahead of the trip to the club currently occupying second position in the Sky Bet Championship table. 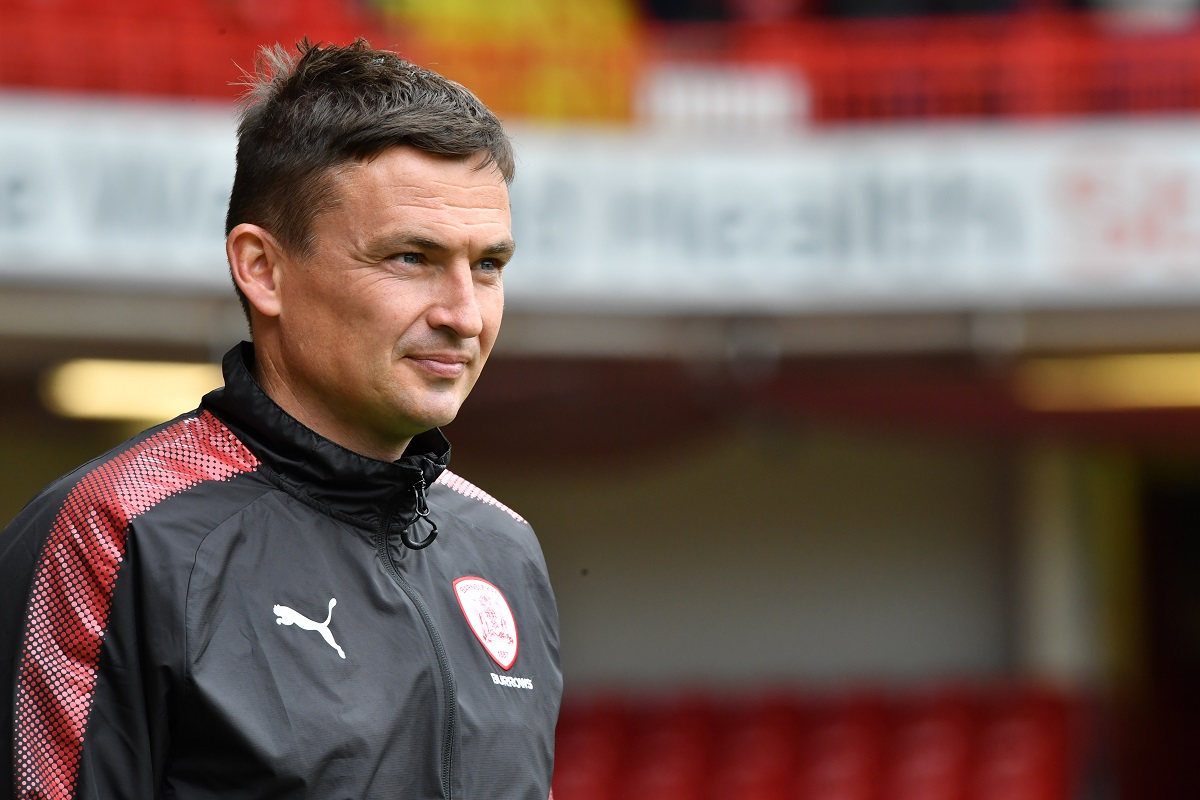 The Gaffer first gave fans an update on the health of one or two players following their respective injury layoffs.

He also gave his thoughts on the performance of his team at Wembley against Spurs where the Reds exited the Carabao Cup after a 1-0 defeat, before previewing the Wolves game tomorrow.

"Izzy played 75 minutes for the 23s on Tuesday whilst we were in London and he came through that fine, so he's back in full training with us. Medically, he's in contention to play games, but we have to judge when we think he's ready to perform. But just having him back in the group, that's a great start for us. He's good to have about, the lads love him, he's a great character and so now it's up to us to get him up to the kind of performance levels he was showing pre-injury."

"Dimi played on Tuesday but he came off with an hamstring injury, so he's going to go get a scan on that and then we'll know more about that, the extent of it. But he's not having much luck right now."

"Yids got the all-clear after his scans which we expected. We've got him the best possible advice we could after the injury was flagged up. So then you have to listen to it. The worst thing would have been to ignore it. We know he's alright, he is telling us he's alright, he was playing games, but we took the advice and everything on board, so it's now a case of him going through his rehab which should take a couple of weeks. He has markers to hit that the surgeon said, so he's not ready to train just yet."

"We usually debrief after games, but it was a one-off really, a cup game we're not going to come up against that calibre of player every week. There's not much that we see as relevant from that game to take into Wolves. But in terms of that game in isolation, there was good defending all over the pitch, good evidence of them taking the tactical information on board and if we'd have been more clinical with our chances, it'd have been executed to perfection. I mean, if you're going to beat a side like Spurs away, you've got to be clinical."

"They've been good. They're scoring goals, they're a threat on the counter but can also dominate the ball so it's going to be yet another tough game but it's one that we're all really looking forward to. They've had a real go the last couple of years and it's about getting the right man in charge I suppose. But it's not all about money. If they've got the right man - and Nuno has set off really well - then this might be the year they do it." 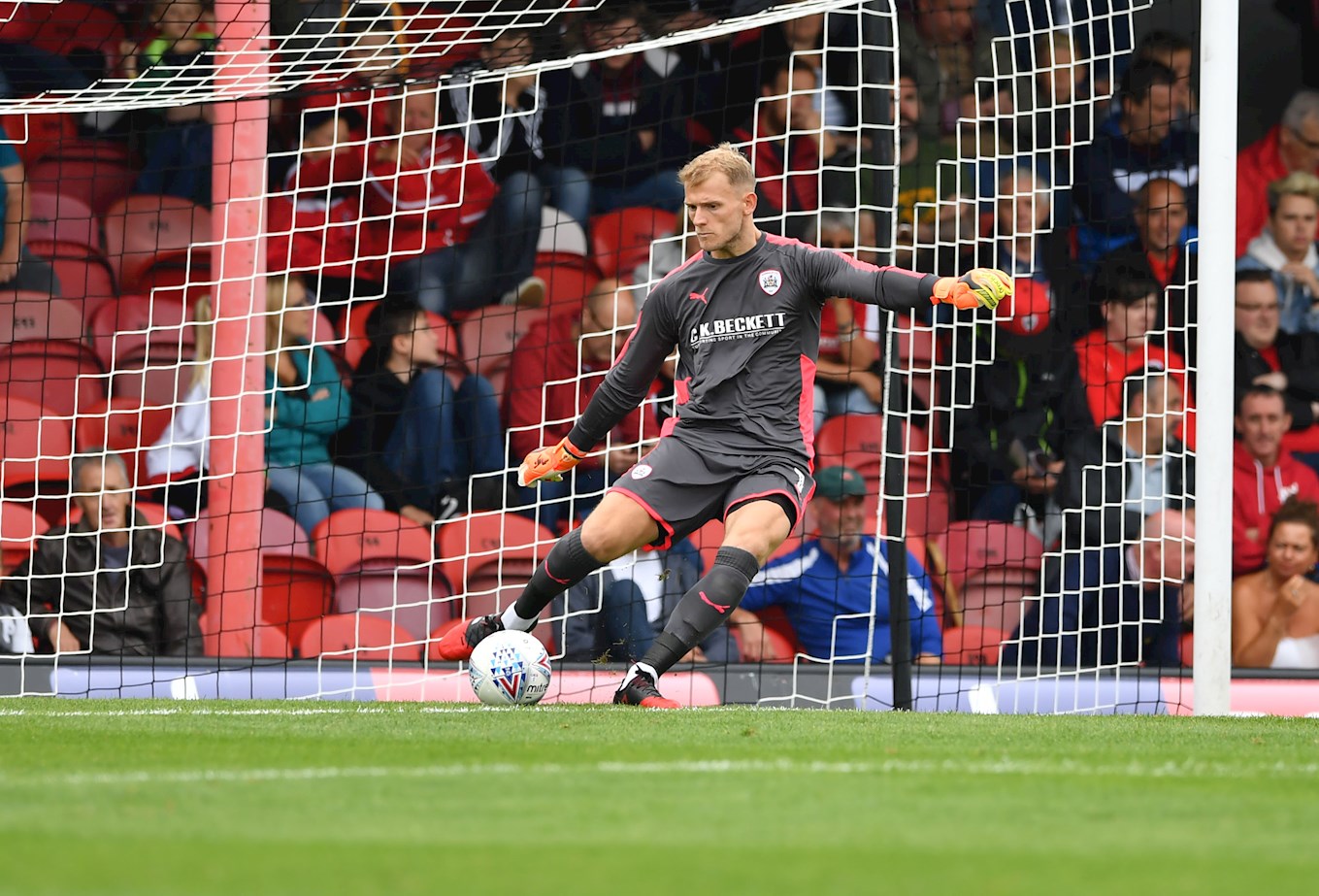 The Reds shot-stopper could make his 100th consecutive appearance for Barnsley tomorrow and he reflected on that potential milestone as well as giving his thoughts on both the Spurs and Wolves games.

"I actually enjoyed it. In fact I was frustrated that we didn't get anything out of the game. We gave a really good account of ourselves against one of the best teams in the Premier League. I thought I'd be busier than I was but the lads defended fantastically. We have to take confidence from it. We went toe to toe with one of the best in the Prem."

"It's going to be a proud day for me if I'm selected. There's been a lot of highs, some lows during that run of games, but I just try to keep at a level and keep cracking on. The Play-Off Final was the best day of my life, we've had good times in that run. But then there's the personal mistakes that I've made. I think I've learnt how to deal with them better over time. Bouncing back is massive and I have that in my game. I saw lads leaving in the summer and realised it was time I stepped up and became a leader. And I'm enjoying that responsibility. I just want to help where I can with the young group we have and ultimately play as many games as I can for this Club."

"I felt I was really playing well last year and deserved a call-up, and it never materialised. I'm not going to lie, that really hurt me. For a couple of days I was really hurt by it. But I just thought 'right, concentrate on what you can affect' and so I just got my head down, working hard day in, day out and keep believing you'll get the rewards you deserve at the end of it. And obviously it's happened this year so I'm just going to keep doing what I've done, on the training ground and in games and I should get what I deserve."

"I'm excited for it. With it being 100 it adds something personally. I remember Ads (Adam Hammill) telling me every week "you're nearly there lad" and I'm like 'let me get there first!' so yeah, it's going to be a good day I hope. A clean sheet would be nice, but Wolves are playing really well at the minute so hopefully with the work we've done on them we put in the performance, I get the clean sheet and we get the three points."

The Reds are going to be backed by just short of 1,000 travelling fans tomorrow, but for those of you unable to cheer Hecky's side on, remember we will have LIVE match commentary for you via the Match Centre from 2:50pm. 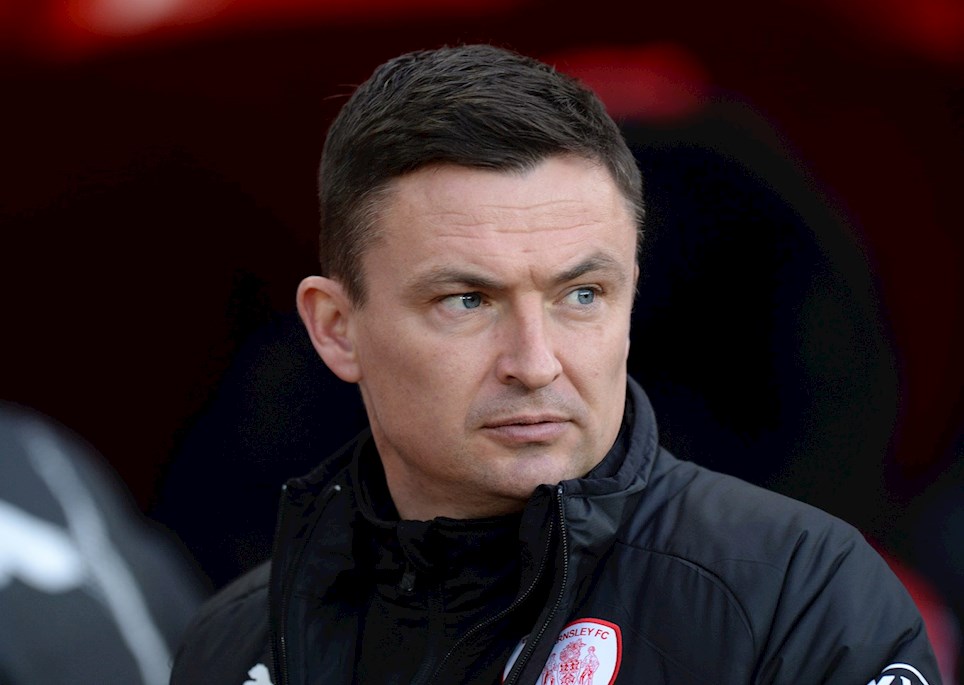