Paul Harsley's young side were beaten this afternoon in a scrappy encounter.

At a sun-soaked Thorp Arch, it was the Reds who started brightest.

Harsley's side were having joy down the flanks, with Rhys Dolan prominent in the open stages. His good footwork created early chances that were blocked by the Leeds defenders.

With roughly 10 minutes on the clock, trialist Jerome Slew latched onto a superb diagonal ball over the top by Stevie Mallan, but after tricking his defender and bearing down on goal, his powerful low drive flashed just wide of the post.

Five minutes later and Matty Wolfe found himself out wide on the right, and after powering beyond his marker, he stood up a terrific cross that Dolan looked sure to head home from six yards, however, his header somehow cleared the bar by inches.

The hosts forced a couple of corners but didn't really create an opportunity of note in the first half hour. And on 24 minutes the Reds took the lead their play had merited..

Slew was proving a real handful for Leeds and after he took the ball away from the 'keeper inside the box, he was hauled down for a Barnsley spot kick.

Louis Wardle tucked home the penalty despite the 'keeper getting a right hand to it.

The lead though didn't last long..

After confusion in the Reds box, the referee decided that Leeds be awarded an indirect free kick, 10 yards from goal. And up stepped Tom Pearce to curl home into the top corner after the set piece was played across to the Leeds left back, giving Jake Greatorex no chance.

Within a minute of the restart, Leeds were ahead..

Some neat play in midfield freed the advancing Alex Machuca and his low, drilled effort somehow crept into the corner despite Greatorex getting a hand to it.

With Reds Head Coach, Paul Heckingbottom an interested observer, Barnsley quickly responded, with Slew once more threatening the hosts' backline, forcing the 'keeper into a superb save from just outside the box.

Despite using all three substitutes, the Reds never quite looked likely to level what had turned into a fractious encounter, with just a long-range Mallan effort testing Leeds' goalkeeper as the game petered out.

Greatorex made a great late stop to deny the Whites a third, but it was a disappointing afternoon in the Yorkshire Derby. 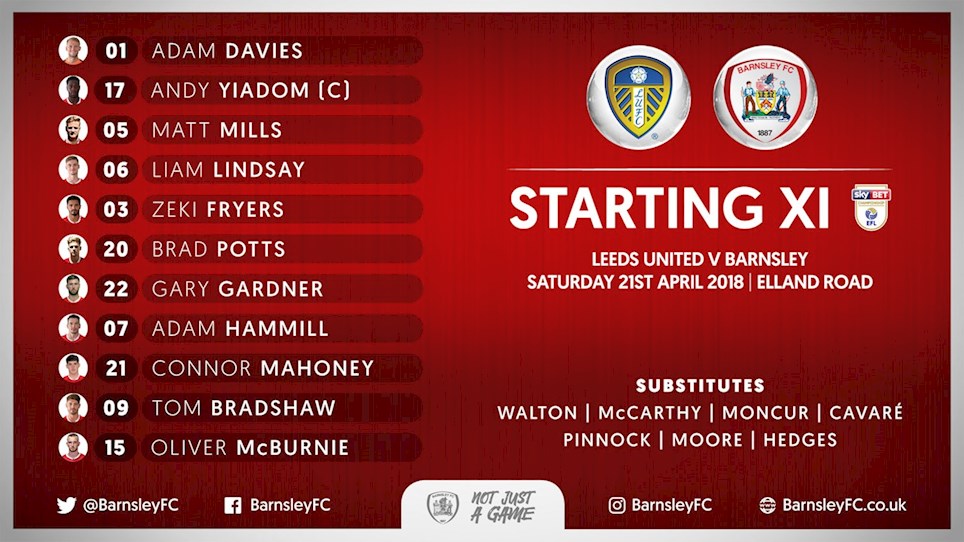 
Teamsheets have been handed in here at Elland Road and this is how the sides line up in this Yorkshire derby... 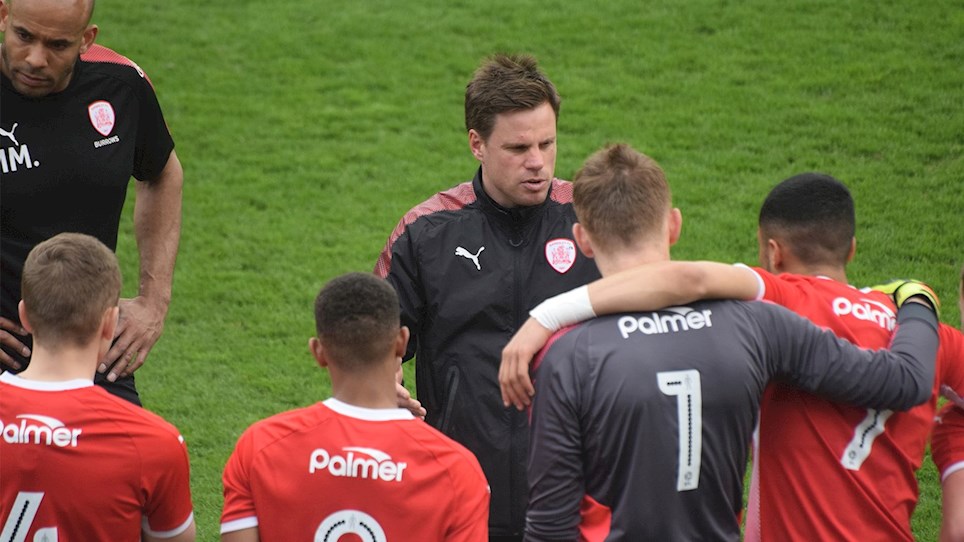 Harsley: "It's football; we've got to learn."