Reds Head Coach Paul Heckingbottom spoke the media ahead of the trip to face Reading FC on Tuesday night at the Madejski Stadium.

The match was originally scheduled for September, but was rearranged due to the Reds’ having to further rearrange the Capital One Cup tie with Derby which saw Barnsley progress to face Tottenham Hotspur at Wembley.

Beginning with the fitness of his squad, Heckingbottom said “Mama has improved, hopefully we’ll get him training today and see how he is and how he comes through. Izzy isn’t training, he still has some swelling on his knee that we need to get rid of. He’s had a scan so we knew there was a little issue.

Following the weekend defeat to Leeds, Heckingbottom said he would wait till he had watched the game back to see if it had changed his opinion on his teams performance.

“I think the same, they were better than us and like I’ve said hundreds of times that there are some teams in this league who have good players and can hurt you all the time but I said to the players we can’t just accept that, we have to be better than that. It was one of the very few times that we weren’t as good as the team we played against as their good players played well, then in the final third we didn’t show the quality that they did.

“I don’t know if the occasion got to them because we’ve played really in some big games away from home and in some big games here. If anything, the early kick-off times is something we may need to have a look at, there could be something to find in that for us. There may be nothing, we may be wasting our time but we have to look at these things.”

One player who has been catching the eyes of Reds fans is Stevie Mallan. The summer recruit has featured heavily for the U23s team but is yet to make an appearance in the Sky Bet Championship so far.

“We’ve been pushing him really hard, he’s actually got a little thigh strain at the minute so will be out for a couple of days. He’s had more impact in the last three 23s games that he’s played and scored in all of them. We create a pathway into the first team, Jared Bird is an example of that. He was one of the better players at the level and got himself into the first team squad, getting himself past others and did it all off his own back. That’s what Stevie has to do now, he’s definitely got certain qualities in and around the box such as his dead balls."

Tuesday night will see the Reds take on the Royals. Heckingbottom gave his thoughts on what he is expecting to come up against when they face off and how he believes they compare to last year.

“Very similar to last season, it’s just been the results. If they had won a couple more games then everyone would have been talking about them in the same way as last season. They dominate the ball and the game in terms of possession, all they’ve missed is the results. They’ve looked to strengthen with the recruits they’ve brought in so everything I have seen about them tells me how tough it’s going to be. We’ll be preparing ourselves for a real tough game.” 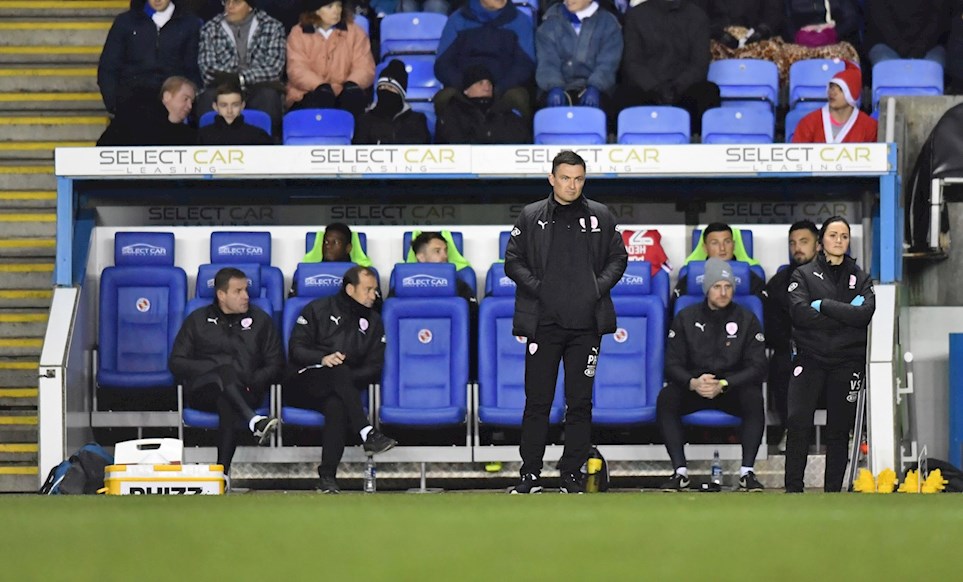