The Reds Gaffer spoke to the press ahead of the Sky Bet Championship clash with Norwich City at Carrow Road.

Whilst the Reds went into the international break off the back of three games that saw seven points accrued from the nine available, attention first off in the press conference focused on the speculation surrounding Paul's future.

But as Hecky himself pointed out, there's very little to say on the matter and as far as he is concerned, he's focus is very much on his Barnsley side and the next match.

He explained: "There's been no contact, the situation is like many we've had when I've sat here before and I've been asked the same questions about different clubs. It's just what happens and it's how it is.

"I don't deal in hypotheticals if I'm honest. Until anything happens then I can't say anything can I? I've had conversations with the Club here, and these things will remain private as you can imagine. But as things stand there's nothing in it (the speculation).

"Don't get me wrong, I'm not being big-headed but you'd like to think you're in others' thoughts, on their lists or whatever, you know what I mean? It shows that we're doing well, we're doing a good job here.

"But it's just white noise as far as I'm concerned. Everyone knows this is my Club and I'm from the area and that I love being here at Barnsley."

It's a long journey to Norfolk for Saturday's latest fixture in the Sky Bet Championship as the Reds come up against the Canaries.

Barnsley sit just three points behind their hosts going into this one and with a game in hand.

Heckingbottom is looking forward to taking his side into battle again after the international break and hopefully coming away with what would be the Club's first victory in Norwich since 1937.

"It's been that long?" he asked. "But really I don't take much notice of stuff like that. If you look back though at last season's game down there, I thought we were terrible in the first half but only fell behind just on half time. We were much better in the second half and had chances to score and we still ended up losing 2-0.

"You can't really judge what may happen on what happened previously. We'd not scored at Burton remember until we went there the other week.

"Norwich have new players in their squad, a different manager, but they've high calibre players and so we've been preparing for what we expect to be a really tough game down there."

You can see Hecky's press conference in full over on iFollow.

Don't forget to tune into the Match Centre from around 3pm for full, live commentary from Carrow Road.


Reds Head Coach Paul Heckingbottom spoke the media ahead of the trip to face Reading FC on Tuesday night at the Madejski Stadium. 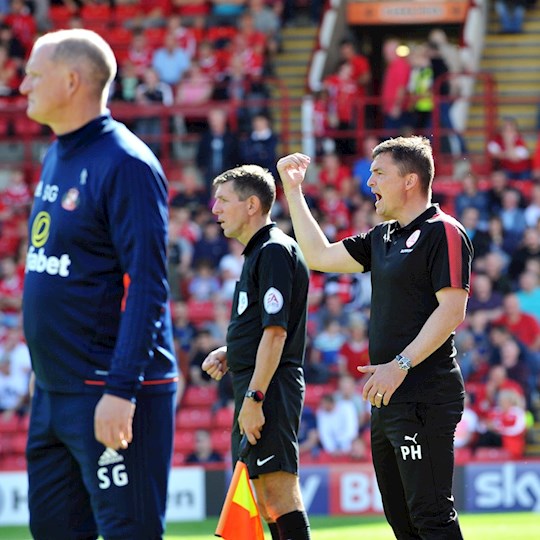 
Paul Heckingbottom gave his reaction to yesterday afternoon's 3-0 victory over Sunderland at Oakwell.