The on-loan winger wins the monthly award, in association with Palmer Construction!

Harvey Barnes has been voted as Barnsley FC's Player of the Month for October, by you, the supporters!

Since arriving at Oakwell from Leicester City in the summer, Barnes has enjoyed a terrific start to his Reds career, scoring four goals and assisting four others.

But October was a standout month for the England U20 international with most notably, his goal away at Sheffield Wednesday in the South Yorkshire Derby grabbing Barnsley a deserved point in spectacular fashion.

Each month, we team up with our Club Partner and Back of Shirt Sponsor, Palmer Construction to give fans the exclusive opportunity to vote for their Player of the Month. 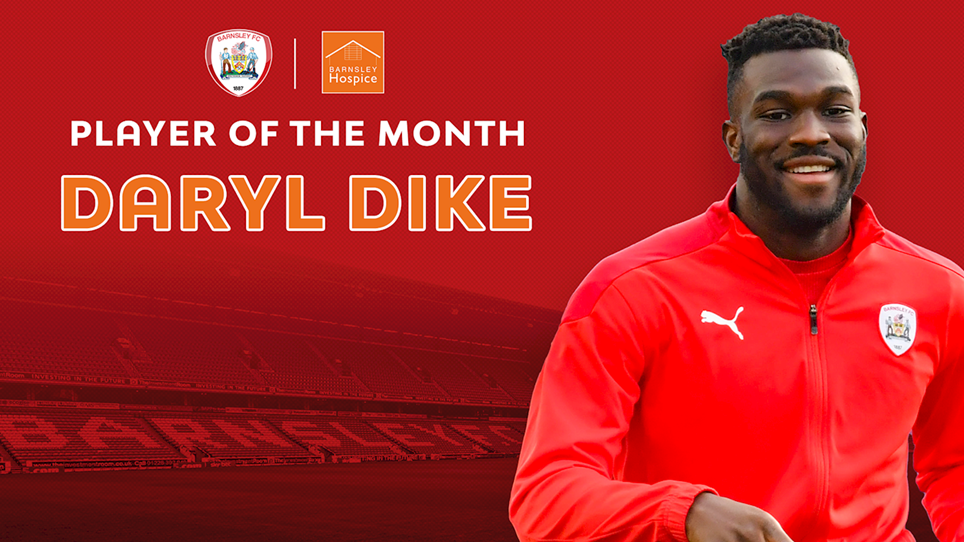 DARYL DIKE IS YOUR PLAYER OF THE MONTH FOR APRIL


Our 20-year-old striker picks up the monthly honours for a second time, after an outstanding April for the Reds!


Our Oklahoma hitman is in the running for April's Sky Bet Championship Player of the Month award!

SEND YOUR PHOTOS FOR GROVE STREET


We'd love you to send us your photos for our matchday programme this season!


The lineups are in for this afternoon's South Yorkshire derby here at Oakwell...

PICK UP YOUR SHEFFIELD UNITED EDITION OF GROVE STREET


We welcome Sheffield United to Oakwell on Sunday in our first South Yorkshire derby of the season.


Supporters living in the UK and overseas can watch this afternoon’s game on iFollow Barnsley.