Paul Harsley's side return to winning ways with an impressive home victory.

With Dimitri Cavare and Ethan Pinnock making their injury comebacks, there was a good crowd down at the Oakwell training ground as Hull City came to town for the latest Professional Development League match.

After a scrappy opening to the game, on 20 minutes the ball broke to Stevie Mallan some 35 yards from goal and he hit a terrific strike first time which rattled the bar.

The Tigers went up the other end and hit the woodwork themselves when a free-kick from the edge of the box deflected up and off the wall and onto Matthew Yates' right-hand post.

On 28 minutes a fantastic block on the line by Ben Williams denied the visitors a certain goal.

But the Reds took the lead on the stroke of half time when a defensive mistake saw Hull concede an own goal.

Barnsley made it 2-0 on 61 minutes when after some sterling work on the left wing from captain, Jared Bird. His ball found the on-rushing Louis Wardle who took a touch just inside the box before finding the top corner.

Just seven minutes later it was 3-0..

Matty Wolfe fed Mallan in the box and the Scot remained cool to finish beyond the 'keeper from 12 yards.

Both Wolfe and Jacob Brown had efforts repelled from distance by the Hull 'keeper as the Reds looked to add a fourth.

It was a convincing and pleasing performance from Harsley's side and we'll have highlights on iFollow over the weekend! 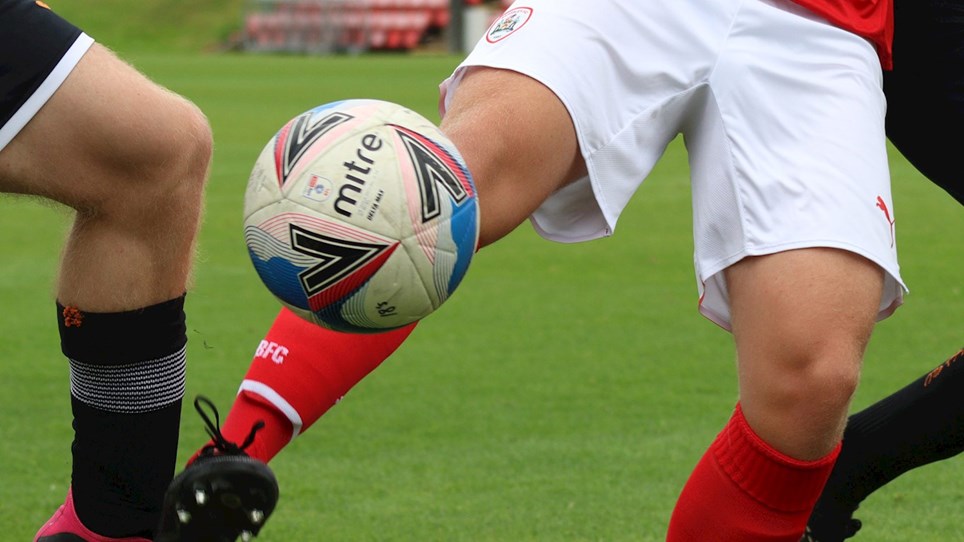 
Our U23s played out an entertaining 0-0 draw away at Hull City on Monday evening, with a penalty miss as well as strong shouts for others, coupled with hitting the framework twice somehow keeping the...