We are delighted to confirm the arrival of the 22-year-old midfielder, another big move for the Reds this summer.

Barnsley Football Club can today confirm the signing of Cameron McGeehan from Luton Town on a three-year deal.

The highly rated, exciting central midfield player has been attracting interest from Clubs across the footballing pyramid, but the Reds have won the race and secured a fourth, big summer transfer for Paul Heckingbottom’s side.

At 5ft 11’, McGeehan has amassed over 100 senior first team appearances thus far, as well as gaining international recognition with Northern Ireland at U17, U19 and U21 level.

He began his early career in West London, with Premier League champions Chelsea, before joining Norwich City in 2011. The move to Carrow Road proved to be an instant success, as he captained the Canaries to a prestigious FA Youth Cup title in 2013, beating his former side over two-legs in the final, scoring in both.

More success was to come for the midfield maestro with a loan spell at then National League side Luton Town. McGeehan played a pivotal role for the Hatters, proving to be the catalyst behind a promotion winning campaign.

With a taste for senior football, McGeehan continued his development through further loan spells with both Cambridge and Luton once more. In 2015 McGeehan made his switch to Bedfordshire permanent, going on to record 25 goals in 80 matches. Due to his impressive performances and vital goal scoring contributions from midfield, McGeehan was awarded Luton’s ‘Young Player of the Season’ for the 2015/16 campaign.

Speaking exclusively to barnsleyfc.co.uk, Head Coach Paul Heckingbottom was thrilled to secure one of his long term targets.

Hecky told us, “We are obviously really happy to get this deal done for Cameron as he is someone we’ve been after for a while. He has got a lot of experience in the game for someone so young and has already proved willing to relocate to better himself, so he will fit right in here. We wanted to strengthen the central midfield area and that’s exactly what Cameron will do. His energy and eagerness to learn will make him a valuable asset to the side.”

In an EXCLUSIVE interview with iFollow, the Reds’ fourth summer recruit stated just how pleased he was to join the club. “I’m delighted to sign. I’m really looking forward to things. I’ve had a great chat with the manager, met all the staff and some of the lads and it’s just exciting. Looking at the facilities and the stadium, I just can’t wait to get started here. I’m looking forward to getting straight into it on Monday for pre-season training and of course, the new season itself.”

To watch the full interview with new signing Cameron McGeehan, make sure you’re subscribed to our new video platform, iFollow! 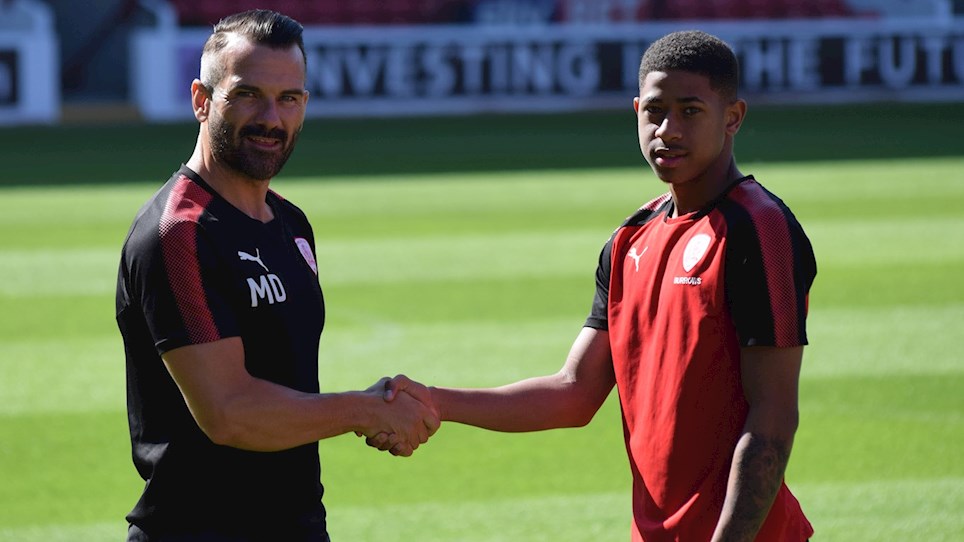 
Barnsley Football Club can confirm the signing of Tai-Reece Chisholm on a one-year deal.