Today marks exactly 12 months since the passing of a Club Legend.

The one and only Norman Rimmington BEM was sadly taken from us on this day last year at the age of 93, a man who embodied everything 'Barnsley' and represented this proud club with great distinction for over 65 years in a variety of roles, from player to coach; groundsman to kit man.

The football world came to a standstill 12 months ago to pay their respects and hundreds upon hundreds of mourners gathered at his funeral in the New Year. Grove Street was lined by Reds fans and staff alike as the funeral cortege allowed 'Rimmo' one more visit to his beloved Oakwell.

Honoured by HRH The Queen just prior to his passing, awarded the British Empire Medal for his outstanding services to football, his town and the community, Norman's legacy lives on forever.

And so Barnsley Football Club are proud to announce that tomorrow's fixture against Reading FC will be dedicated to him, as will the closest home game to his passing in all future seasons.

The 'Norman Rimmington Memorial Match' will be an annual event where the football club, Norman's family and our supporters have the unique opportunity to remember a truly remarkable man together.

Norman's Grandson, Richard Ward is delighted that his grandfather will be honoured in this fashion, telling barnsleyfc.co.uk: "I am over the moon that Barnsley Football Club are honouring my grandfather like this. The whole family think it’s a wonderful touch and I hope supporters can join us tomorrow in remembering a man that meant not just the world to our family, nor just the club, but to this great town of ours. He really was Mr Barnsley and he has been dearly missed over the last 12 months.

"It certainly hasn’t been easy this last year, but what has helped has been the support we’ve received from everyone connected to the football club.

"I was so proud to be at Oakwell in June to receive Norman’s British Empire Medal on his behalf. That was a beautiful ceremony, with the Lord Lieutenant presenting it at her Majesty’s Request. The entire staff at Oakwell were there, from CEO Gauthier Ganaye, to Paul Heckingbottom and many of the staff you don’t see who work tirelessly behind-the-scenes.

"It was such a special day for us as a family and just a shame that Norman wasn’t there to receive it himself. Although in fairness he’d have only moaned about having to put a suit on! But no, it was a proud day and he deserved the accolade for the inspirational bloke that he was.

"As well as the club passing on his two season tickets to the family, during the summer they unveiled the new bar and lounge in the executive area of the East Stand, named ‘Rimmington’s’ which again was a fantastic gesture.

"And tomorrow that is where myself, my family and our friends will be as we celebrate the life of a legend. It’s something we are planning to do each year, at the closest home game to Rimmo’s passing. Most of the family attend every game anyway, but this event is mainly for my mum and my aunty. It’s going to be so nice to all be there together in Rimmington’s." 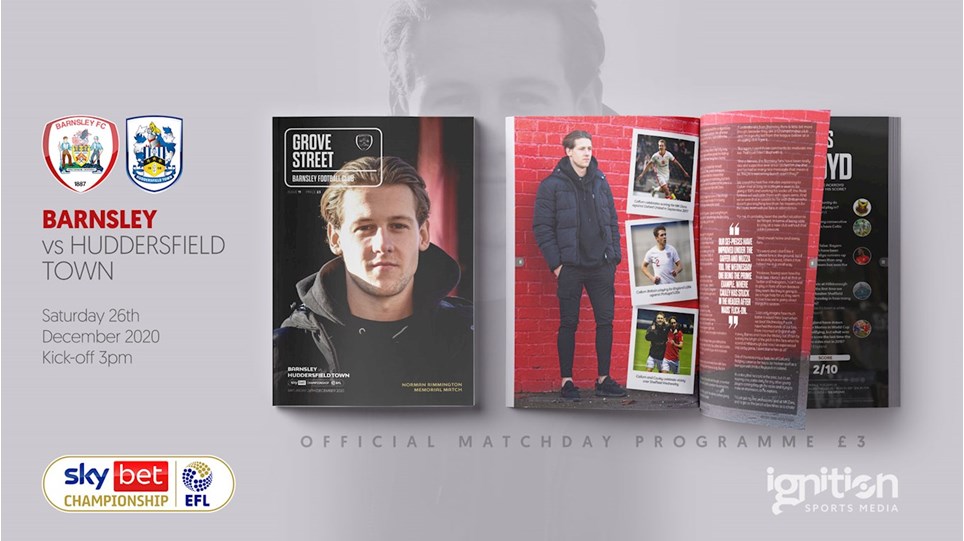 
We’re back in action at Oakwell for the traditional Boxing Day fixture as we entertain Huddersfield Town in the Sky Bet Championship. 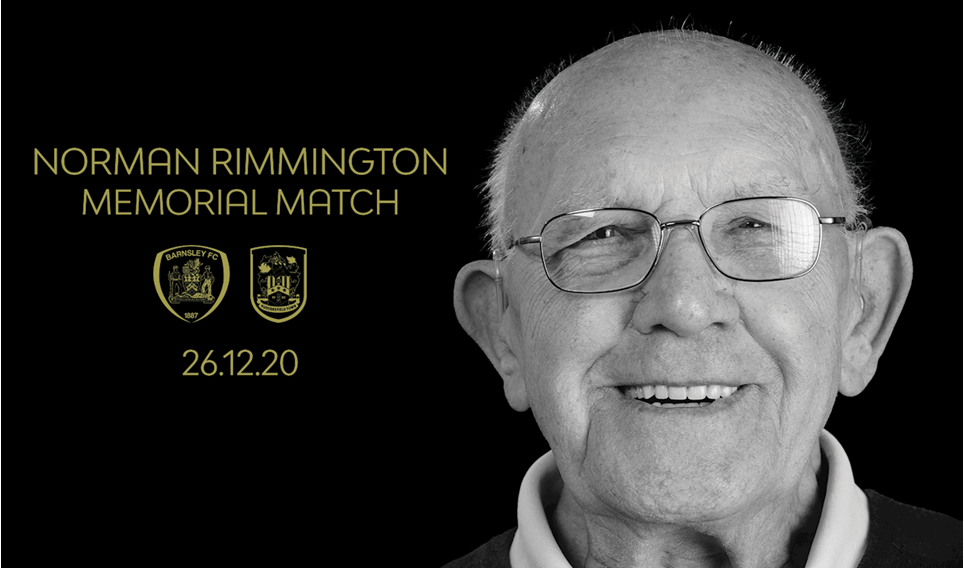 
On Saturday 26 December we will once again remember the great Norman Rimmington BEM.

BE RED vs Reading


Coming up for you in this weekend's edition of our official matchday magazine...