We are delighted to announce that Jared Bird has today signed a two-year contract extension with Barnsley Football Club.

The new deal will run up until the summer of 2020!

Having joined the Reds in the summer of 2016 following a successful trial period with Paul Harsley’s U23s side, Bird quickly impressed and became a main stay in the U23s starting line-up meaning the Club moved quickly to extend his deal, as well as creating a pathway to the first team.

After signing improved terms at the end of the 2016/17 season, Bird spoke of his wishes for this campaign exclusively to barnsleyfc.co.uk, saying: "I'm delighted to extend my stay here at Oakwell. I felt I did well last season and I got enormous pride from leading the 23s. I aim to push on this season and try to force my way into Paul Heckingbottom's thinking."

The midfielder has done exactly what he wanted to do so far with fans seeing him in first team action throughout this season, most memorably with a standout performance at Wembley against Tottenham Hotspur in the Third Round of the Carabao Cup as well as coming on as a substitute in August to shore up the midfield in the vital win over Nottingham Forest at Oakwell.

A central midfielder who likes to dictate the play as well as break it up, Bird has shown his qualities for Paul Harsley’s U23s side on a regular basis as well this season and captained the team on multiple occasions.

It’s not just the footballing ability of the 19 year-old that has seen him progress but his on pitch leadership and vocal approach to the game has gained plaudits as well.

Speaking to iFollow Barnsley, Jared is delighted that he has committed his future to Barnsley Football Club and now wants to keep working hard to progress further.

He said: “I’m really pleased to be here. Since I signed my deal with the Club in the summer, I wanted to sign another new deal to keep progressing here so to sign this is really pleasing. I think I have grown from being an Under 23s player to a First Team one, whether that’s just being on the bench or out on the pitch involved, it’s all a step forward. I have to keep looking forward now and into the future, when I’ll hopefully be in Barnsley’s first team.”

Paul Heckingbottom spoke about the progress that one of his promising youngsters has shown, and said: “Jared signed a deal in the summer to stay for another year and we’re now further rewarding his progression. He’s forced himself into the First Team, made starts, been on the bench and we think he’s doing well so we’ve given him a plan and some security. We want Jared to play league football so it’s a reward for his hard work, he has shown his qualities and hopefully we get him into our side.” 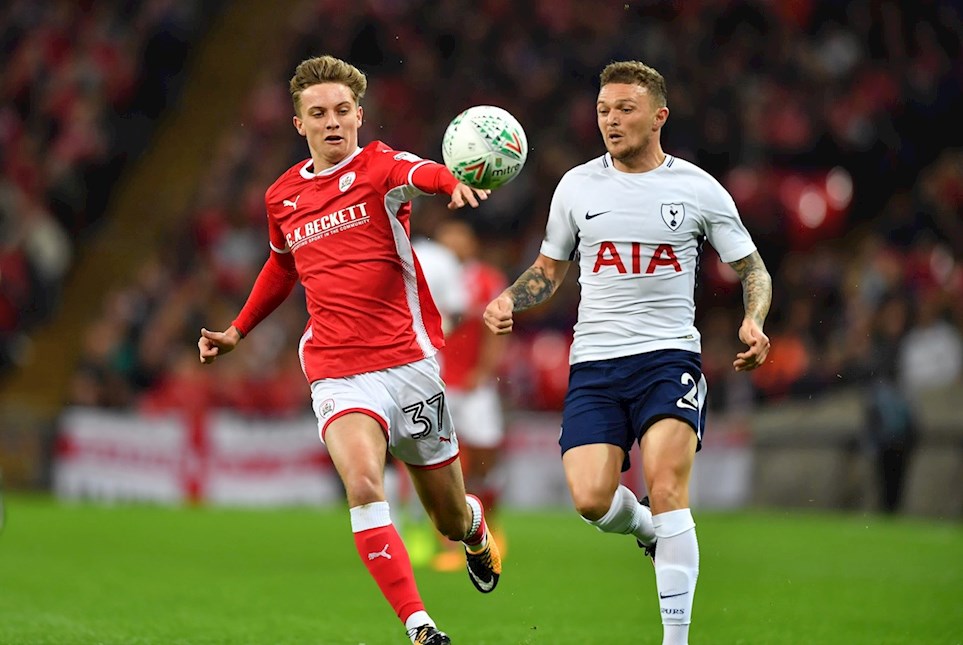 
Following the completion of his loan spell at Yeovil Town, we caught up with the young midfielder to get his thoughts on last season and his ambitions for the 20018/19 campaign.