After getting off the mark as a Reds player yesterday afternoon against Sunderland at Oakwell, Ike Ugbo spoke to the media.

The on-loan Chelsea striker netted the first and crucial goal in the 3-0 triumph whilst also getting himself an assist by setting up George Moncur for the Reds' third goal of the match.

18-year-old Ugbo was obviously delighted with his own performance and that of the whole team, in seeing off one of the division's big hitters.

"It's a great feeling," he told us. "To score in front of our home fans and to get a win against a top team. I had to take my opportunity today, because Tom (Bradshaw) is a top player and I think I did well, I got my first goal for Barnsley and we got a great win for the team."

Ike believes the victory and manner of it should boost confidence among the squad, as well as the supporters.

"I think it will give us belief and more confidence going forward now, to win 3-0 and especially against a top club, one that's come down from the Premier League. So we have a lot of confidence that we can take into the next game."

You can see the full interview with Ike Ugbo over on iFollow. 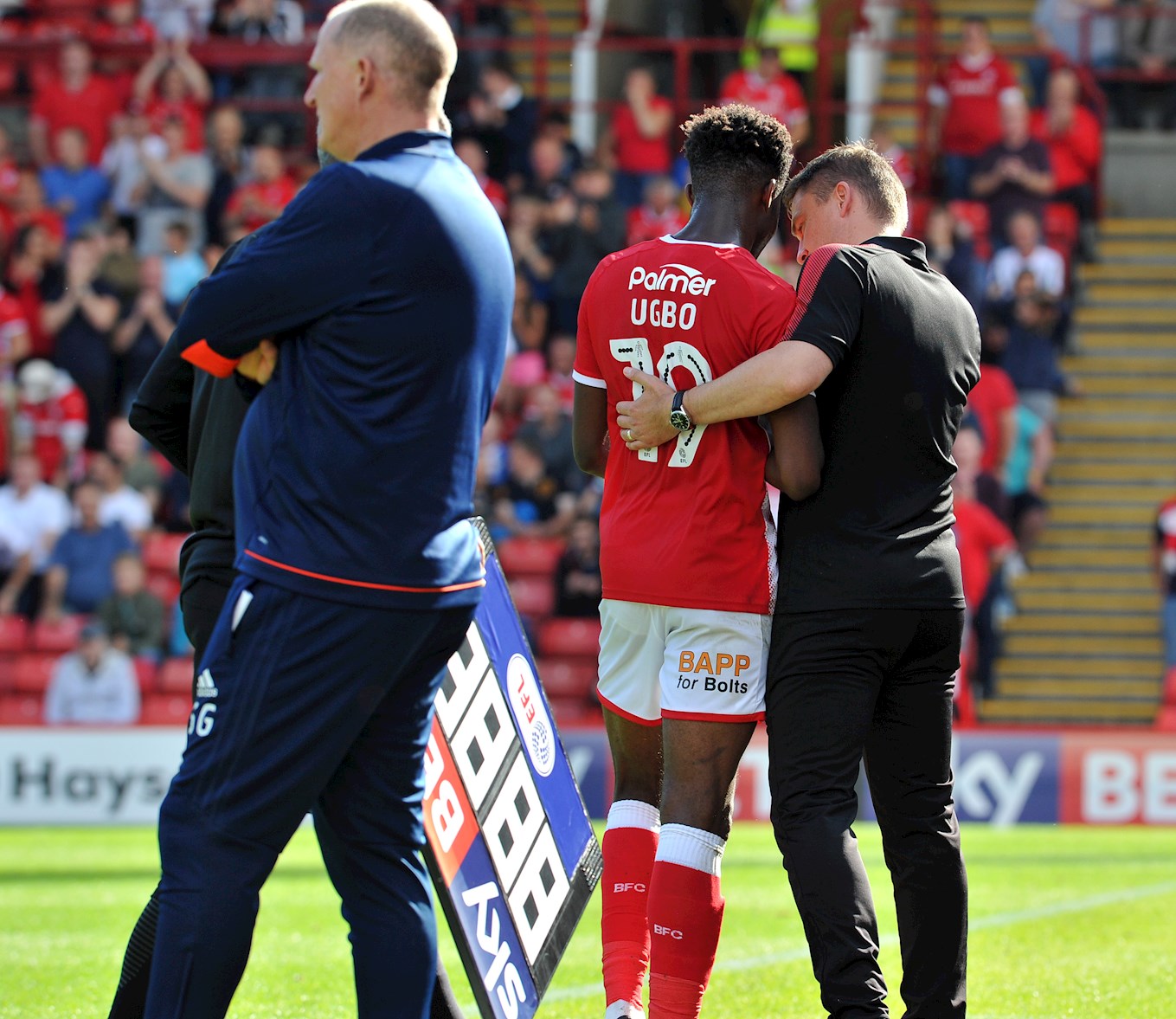