Following their 1-0 victory at Sheffield Wednesday last week, our U23s are in South Yorkshire derby action once more with a trip to Sheffield United on Tuesday evening.

Martin Devaney’s side travel to the Proact Stadium, home of Chesterfield, to face the Blades in the Professional Development League looking to build on their impressive displays at the start of the 20/21 season. 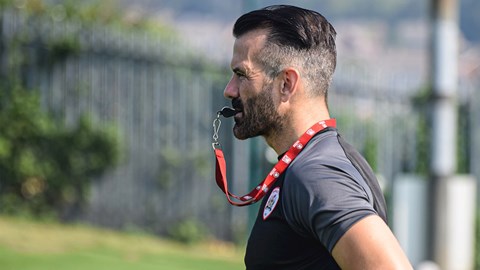 Our 23s coach recently praised his young Reds for their togetherness and work ethic in the first two outings of the term, and they will need a similar determination when coming up against a United team coached by former Barnsley manager Paul Heckingbottom.

The Blades have endured a tough start to the campaign but showed their credentials by coming from two goals down to snatch a point against reigning champions Nottingham Forest last week.

It was a draw when the two sides met in this fixture last season, with Alex Wollerton’s fine strike just before half-time cancelled out by a late own goal.

This game will be played behind closed doors, but you can follow updates on our official Academy Twitter account (@AcademyBFC), starting with team news from 6pm.

Barnsley U23s picked up another valuable point with a hard-fought draw at Sheffield United on Tuesday evening.

In an even, end-to-end contest, the young Reds showed dogged resilience to claim a share of the spoils in the South Yorkshire derby at Chesterfield’s Technique Stadium, with Mike Bähre’s stunning opener cancelled out by Illiman Ndiaye’s powerful header.

Both teams looked to play attractive, attacking football and it was the visitors who made the brighter start with the ever-industrious George Miller firing over on the half-volley from 20-yards.

The tenacious striker, a thorn in United’s side all evening, then tried his luck again from a similar distance but dragged his shot narrowly wide of the upright.

Paul Heckingbottom’s youngsters were carving out chances of their own, and Corey Addai had to be at his best to turn Tommy Williams’ effort round the post.

Miller and Helliwell both came close with headers provided by deep Charlie Winfield crosses, while George Broadbent saw two long range drives parried away by Addai in the closing stages.

Martin Devaney made one change at the interval as Isaac Christie-Davies made way for Brad Binns, with the former getting his first minutes in a Barnsley shirt under his belt since his summer move from Liverpool.

The Reds came out of the blocks flying and were rewarded for their endeavours when Bähre picked the ball up 25-yards from goal and curled a beautiful strike into the far corner that rattled off the far post.

Shortly after, Winfield flung himself at a Rudi Pache’s cross but couldn’t divert his header goalwards.

But the hosts were sparked into life and, after exerting pressure on the Reds goal, eventually made their breakthrough when Angelo Cappello’s pinpoint centre was powered home by Ndiaye from close range.

Both sides continued to push forward in the closing stages, but to little avail, and, in the end, a point was probably a fair result after an even encounter.