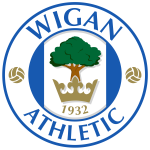 Barnsley U23s suffered a heavy defeat at the hands of Wigan Athletic on Friday afternoon.

The young Reds were comprehensively beaten 4-1 by the Professional Development League newcomers at Oakwell, with the visitors registering four different scorers.

After making a bright start, Barnsley could have taken the lead inside the opening minute, but Dylan Mottley-Henry dragged his shot wide from close range.

Wigan were soon ahead, though, as Oliver Crankshaw converted a penalty with just nine minutes on the clock.

Alex Wollerton came close to levelling the scores midway through the half, but his effort from the edge of the box deflected narrowly past the upright.

Martin Devaney’s side then lost Jasper Moon to injury, with the young central defender replaced by Harry Gagen ten minutes before the interval.

Despite coming close through Jordan Barnett and Sam Fielding early in the second half, the Reds were hit with a sucker punch as Adam Long capitalised on loose defending to double the visitors’ advantage.

The Reds continued to search for a way back into the game, but Fielding saw his sweetly struck volley bounce off Chris Sang and wide for a goal kick.

Wigan netted a fourth as Charlie Jolley tapped in from close range with two minutes remaining to kill of any lingering hopes that the hosts may have had.

Barnsley did manage a late consolation goal in stoppage time as Barnett fired into the roof of the net after his initial penalty had been saved by Daniel Gyollai.

Up next for our U23s is a trip to Nottingham Forest on Friday 27 September, kick-off at 1pm.