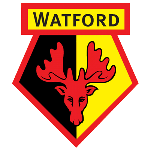 Barnsley U18s play their first home game of the Professional Development League campaign when they welcome Watford to the Oakwell Training Ground on Saturday morning.

Aiden Marsh bagged a brace and Sezgin Aleksiev netted the other as Barnsley continued their fine goal scoring form from the tail end of the previous campaign.

Dominic Hutchinson leads the visitors’ scoring charts with three goals to his name so far, two of which came in his last outing against the Blues.

These two sides met on the opening day last season and, despite falling 2-0 down midway through the first half, the Reds fought back to claim a 3-2 victory courtesy of goals from Harry Gagen, Rudi Pache and Tommy Willard.

You can find out how our U18s fare by watching the game for FREE at the Oakwell Training Ground, kick-off at 11am.