Everything you need to know about our clash with the Rams here at Oakwell!

The Reds take on Derby County in the Sky Bet Championship tonight in a 7.45pm kick-off, in a bottom-of-the-table meeting with the Rams.

It's all-change at Oakwell, following the departure of Markus Schopp.

A seven-game losing run saw the Austrian relieved of his duties on Monday morning with assistant coach Jo Laumann taking control of first team affairs in the interim. 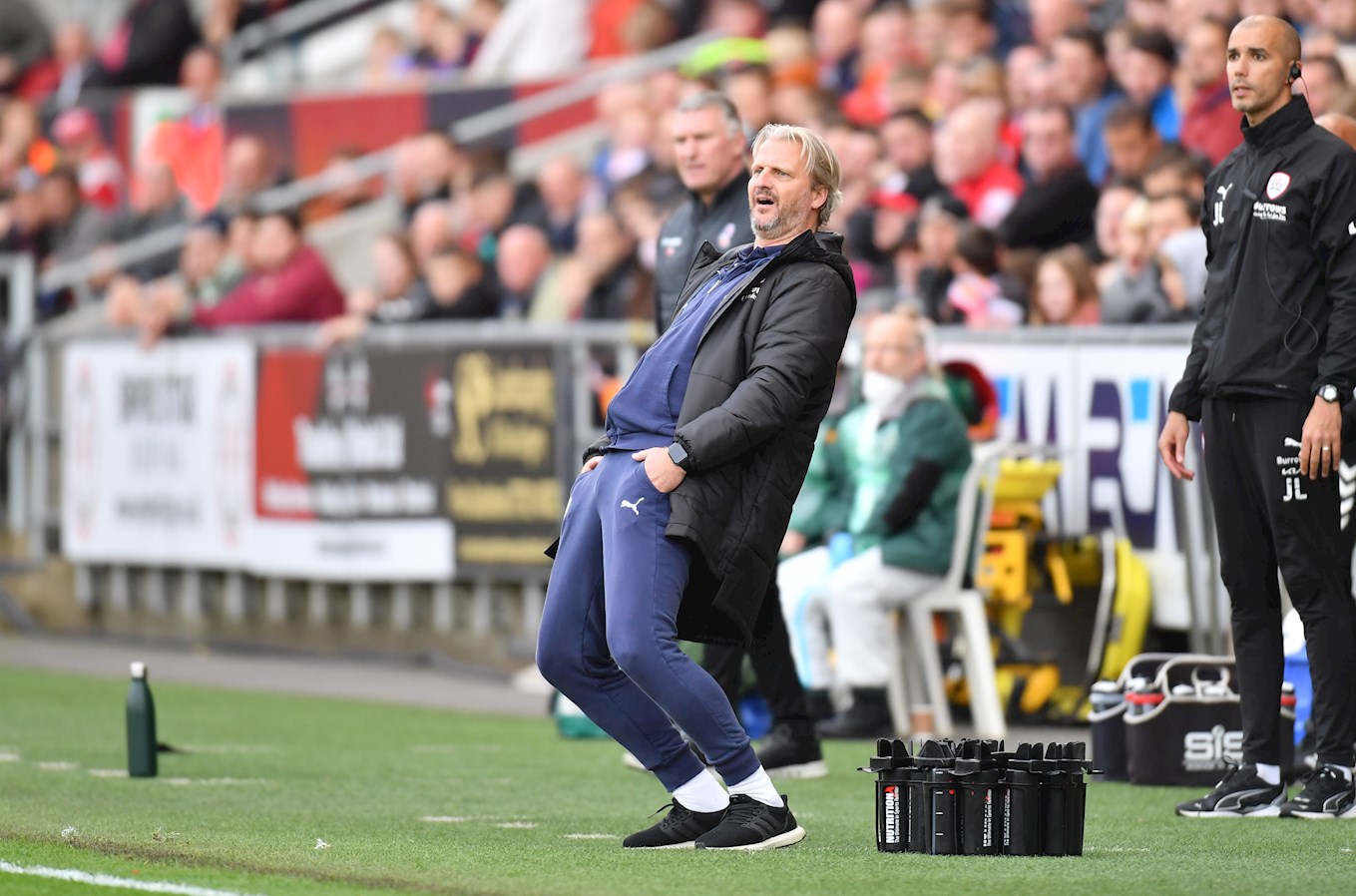 The final straw being last weekend's loss on the road at Bristol City. Despite dominating for much of the game and taking an early lead, the Reds were beaten 2-1 by the Robins.

Barnsley are winless in 13, since the solitary victory way back on August 14 against Coventry City here at Oakwell.

We currently sit 23rd in the table, just three points above tonight's opponents, who were handed a 12-point deduction at the beginning of the season for entering administration. 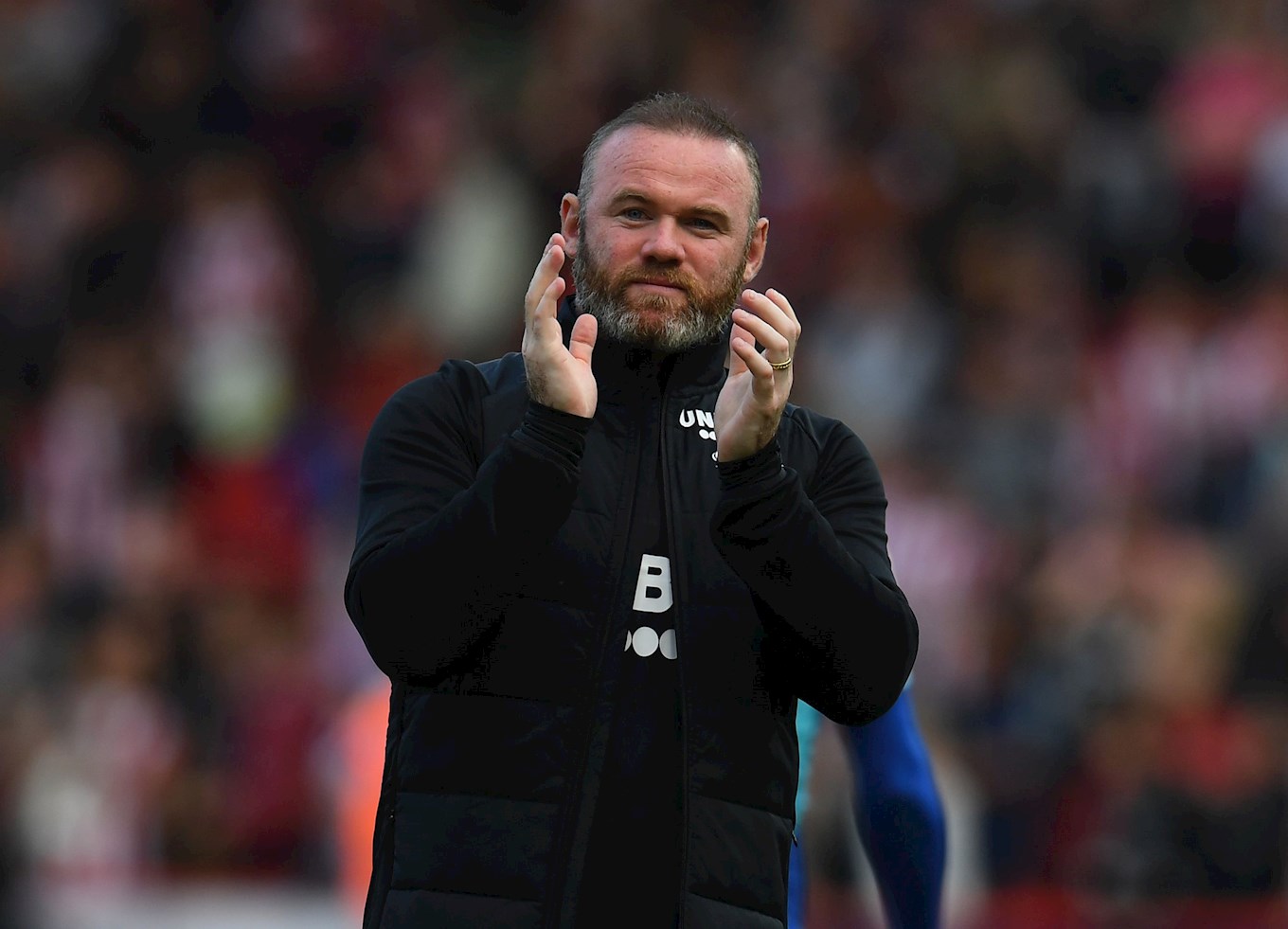 The Rams have only lost one of their last six fixtures coming into this one. But that came last time out, going down 2-1 at Pride Park against Blackburn Rovers.

They've proven to be draw specialists this term, with eight tied games from 15 played so far in 21/22.

Football icon Wayne Rooney remains in charge of the Rams, having last season called time on his glittering playing career to enter management. He led Derby to a final day escape last season, before the off-field dramas made themselves known. 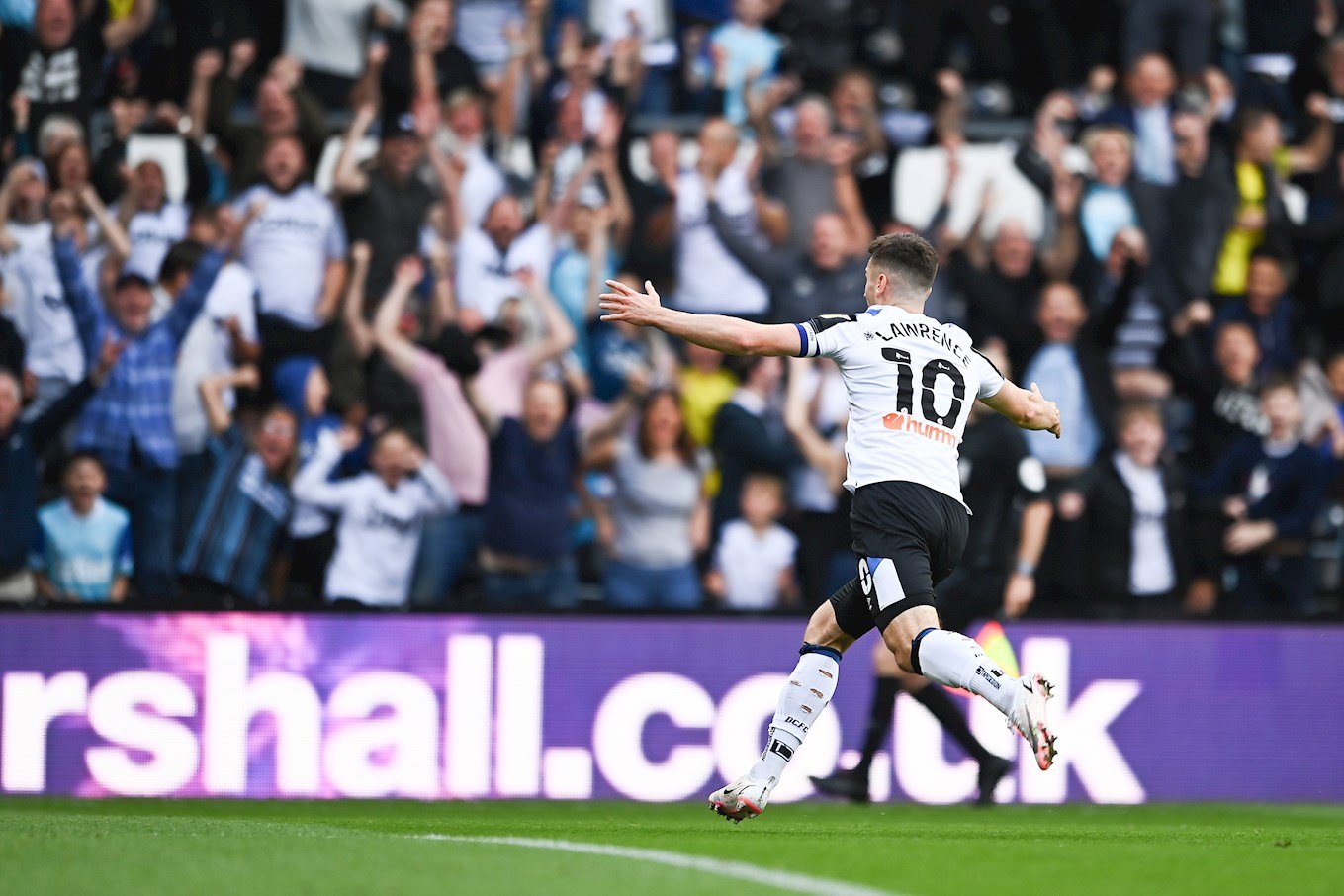 Despite the issues surrounding the club, the Rams still have a decent squad for this level. Experience in the team, such as Phil Jagielka and Curtis Davies is backed up by young, emerging talent in the shape of Louie Sibley and Max Bird.

Polish international Kamil Jóźwiak offers pace and a threat from wide areas whilst Tom Lawrence is a genuine presence at this level who is capable of scoring from all angles. 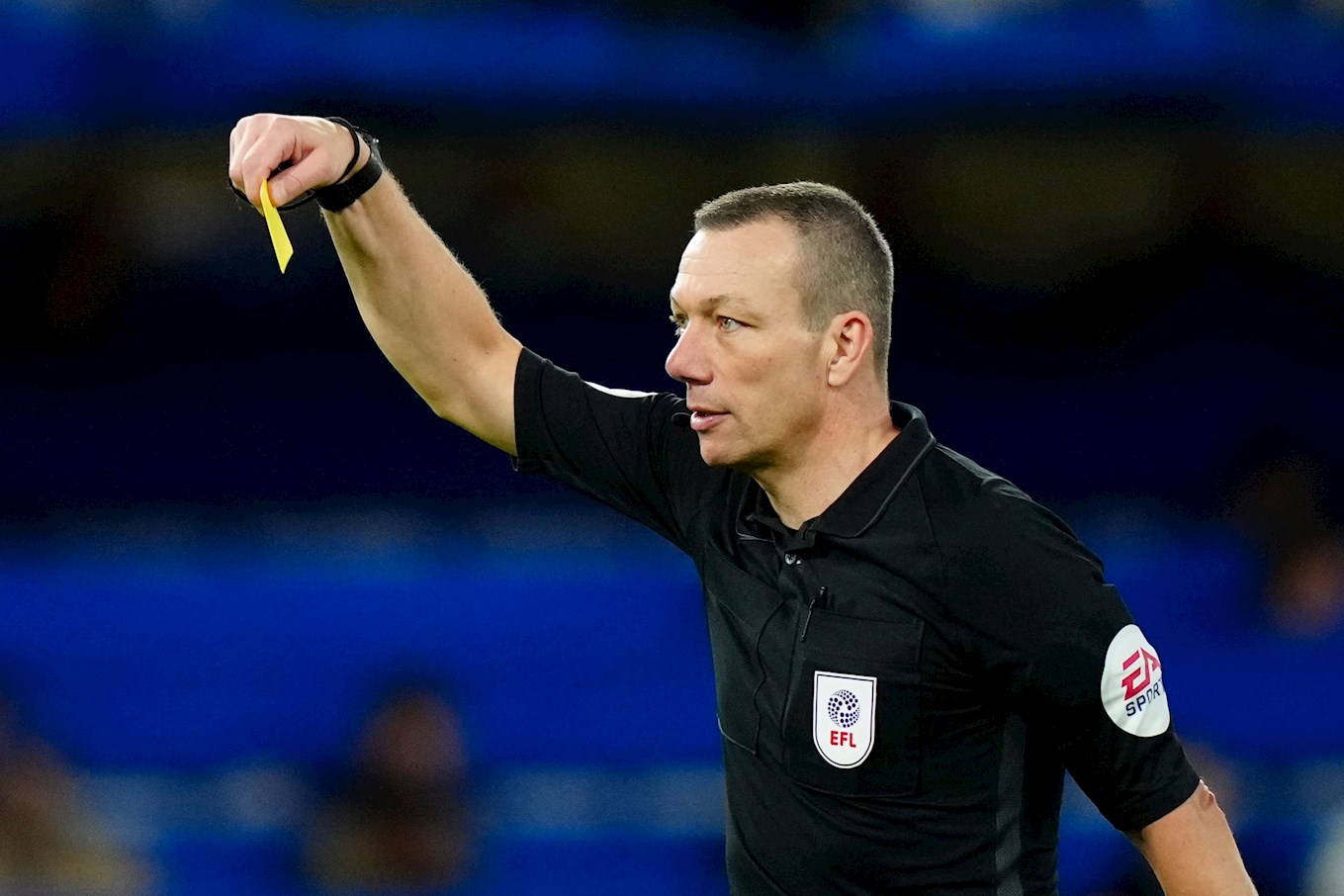 Leicestershire-based official Kevin Friend is the man in the middle for tonight's clash. One of the elite referees operating in the Premier League, he last took control of a Barnsley fixture in April of 2017 when the Reds drew 1-1 at Oakwell against Sheffield Wednesday.

Wednesday night’s game against the Rams will be broadcast live in the UK by both Sky Sports (red button) and iFollow Barnsley.

Barnsley ran out 2-1 winners over Derby County on Tuesday evening to end a run of seven straight defeats and give Joseph Laumann the perfect start to his spell as interim head coach.

Goals either side of the break from Victor Adeboyejo and Aaron Leya Iseka cancelled out Sam Baldock’s opener as the Reds picked up three crucial points at Oakwell.

We had the first chance of the game after a succession of corners resulting in Rams keeper Kelle Roos being forced into action, the Dutchman was needed again after a good cross from Callum Brittain on the right finding Leya Iseka but his volley from point blank range was straight at him.

With just over 15 minutes on the clock, Barnsley had a great chance to break the deadlock with a free-kick on the edge of the box, but Cauley Woodrow’s clever shot under the wall only resulted in a corner.

The visitors’ first real opportunity came halfway through the first 45 as Ravel Morrison’s swerving shot from 25 yards was tipped over the woodwork by Brad Collins.

Less than two minutes later, though, Derby had the ball in the back of the net when Baldock fired home from close range.

Just before the interval, Adeboyejo showed neat footwork on the far side of the area and weaved inside before seeing his low drive deflect in at the near post to give us a much-needed foothold in the encounter.

Derby had most of the ball in the opening exchanges of the second half however, it was the Reds who took the lead within five minutes of the restart. A quick free-kick from Brittain lobbed the Rams backline and Leya Iseka raced in behind to curl it into the far top corner for his third goal in as many matches.

We had a strong shout for a penalty shortly after when Callum Styles appeared to be tripped in the box by Nathan Byrne just before he could get a shot on goal. However, referee Kevin Friend waved the appeal away.

After the second goal, the visitors struggled to get back into the rhythm that they had in the first half and Barnsley were always on hand to be solid at the back.

However, the Rams were not out of the game and had a chance to equalise with 15 minutes left as substitute Festy Ebosele crossed from the left, picking out Tom Lawrence, but his header was tame and cleared at the second attempt.

As Derby continued to pile on the pressure in the closing stages, a late corner caused confusion as the visitors rattled the crossbar before Mads Andersen cleared the rebound off the line.

With the last kick of the game, Max Bird whipped in a free-kick but was cleared by Cauley Woodrow as we held on for a priceless victory. 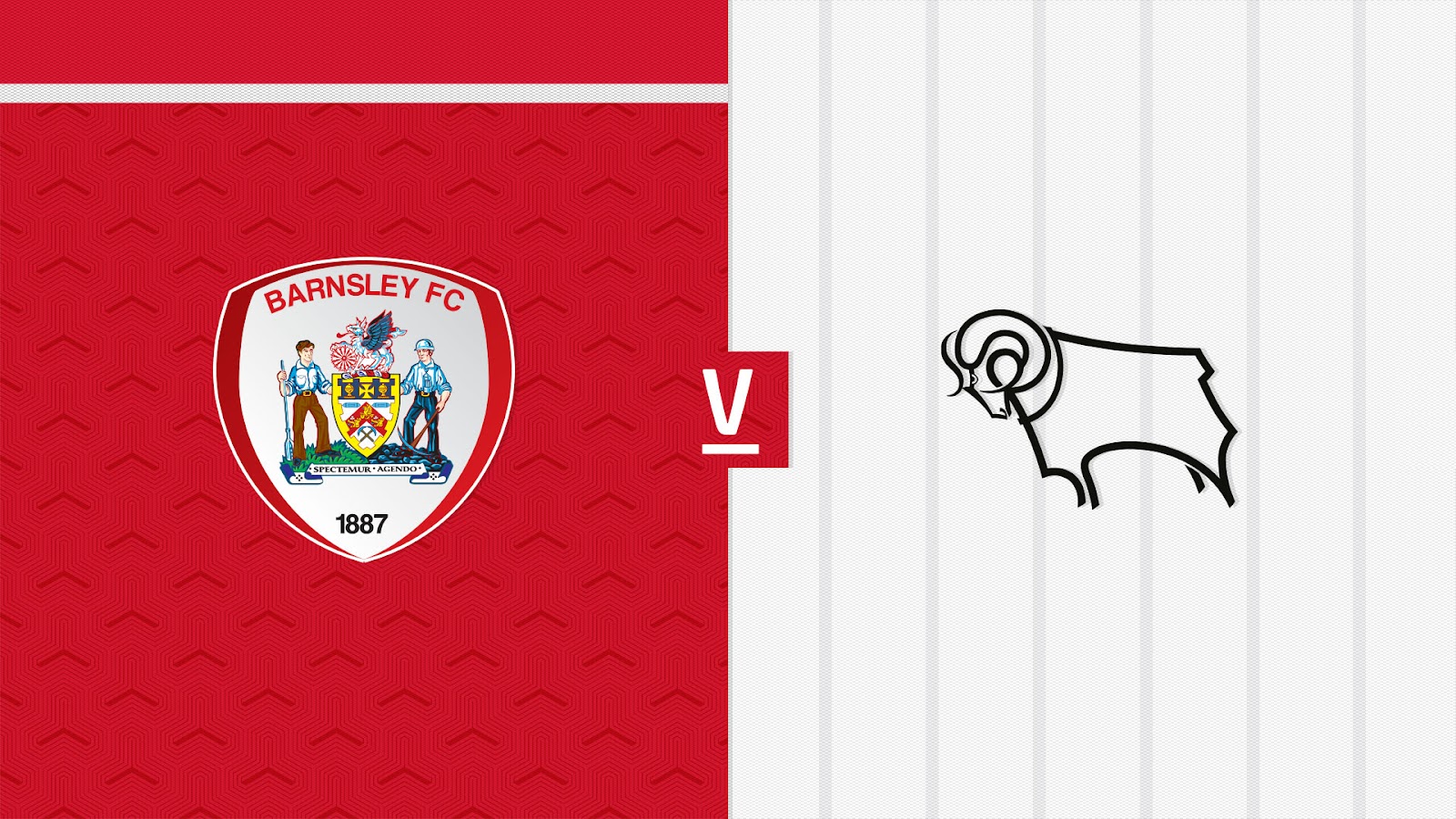 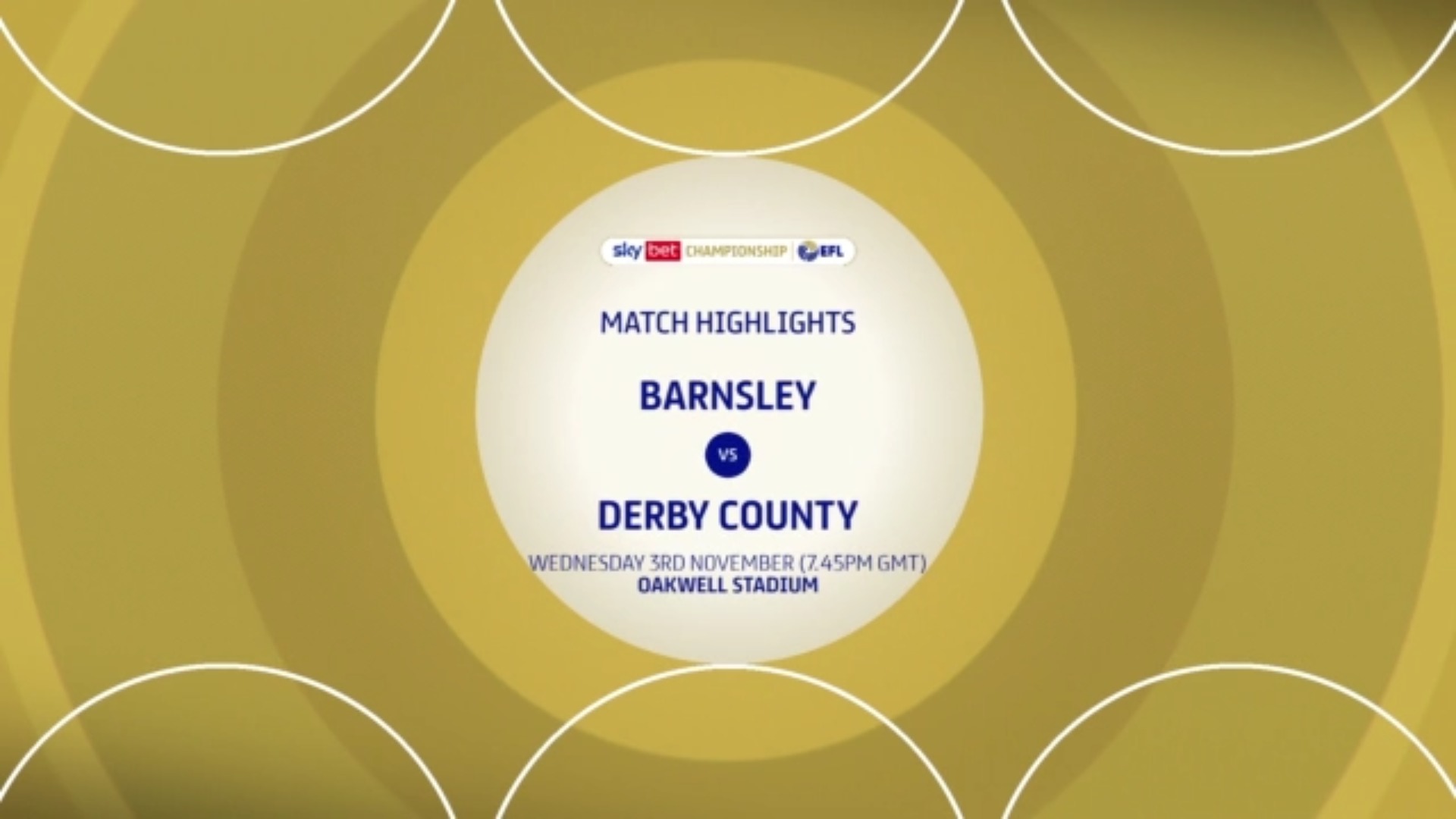 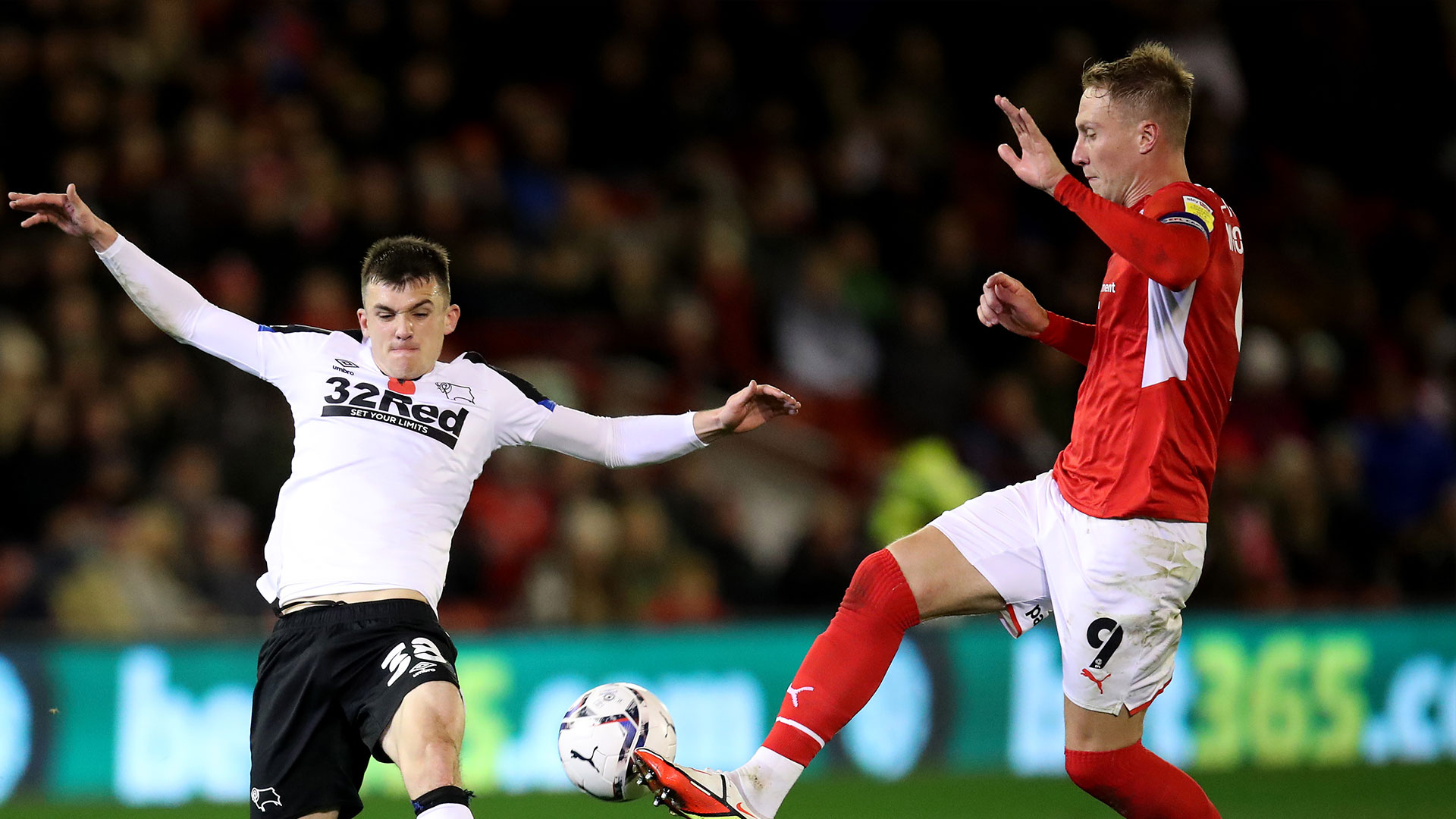