We make the short trip south to Sheffield for our next Sky Bet Championship assignment - the Reds face the Blades at Bramall Lane this Saturday lunchtime.

The 21/22 league campaign is into the home straight. We are into single figures now in terms of fixtures remaining. Just nine more outings in the Sky Bet Championship; nine more chances for Poya Asbaghi's side to somehow pull off another second tier escape act.

That we are still in there with a shout owes a lot to historical EFL punishments handed out to both Reading and Derby County. That cannot be ignored. But the rules are the rules, and it's giving the Reds an opportunity to survive in a season where they've - for the most part - looked unable to compete. 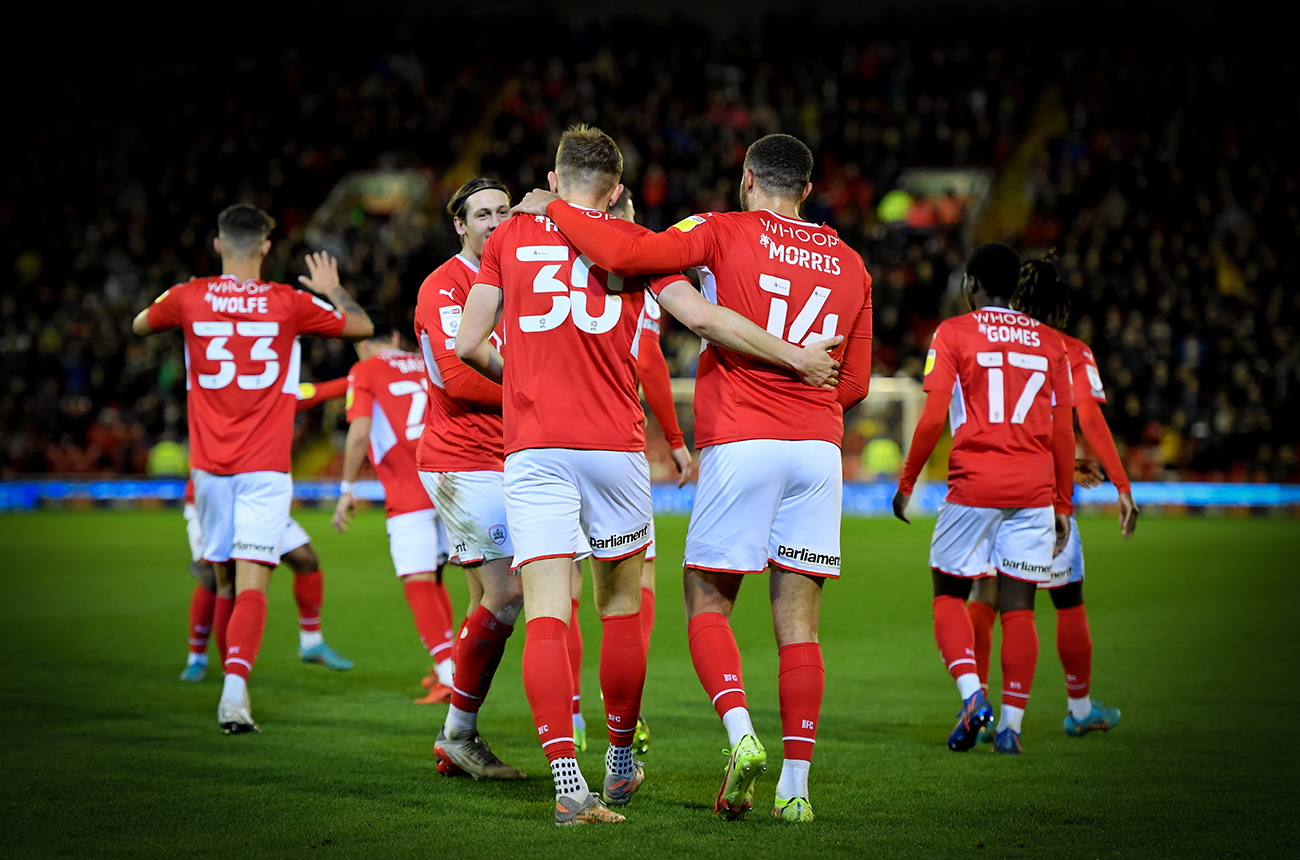 But over the last four weeks there has been a marked improvement, a real upturn in form for Barnsley, whose current form would see them amongst the play-off challengers, rather than scrapping for their lives at the other end.

In that four weeks, the Reds have doubled their points tally. 14 points from their last eight fixtures, compared to the 14 picked up in the previous 29. 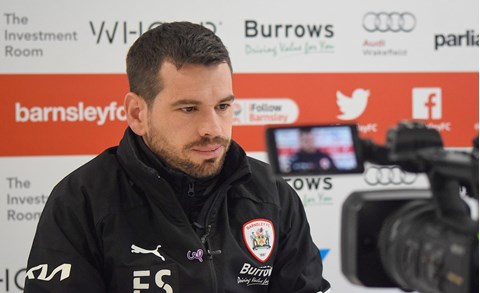 An incredible turnaround. And it's come at the perfect time, with those clubs around us failing to be as successful over the last month, which has seen Asbaghi's men move to within two points of Reading and safety. 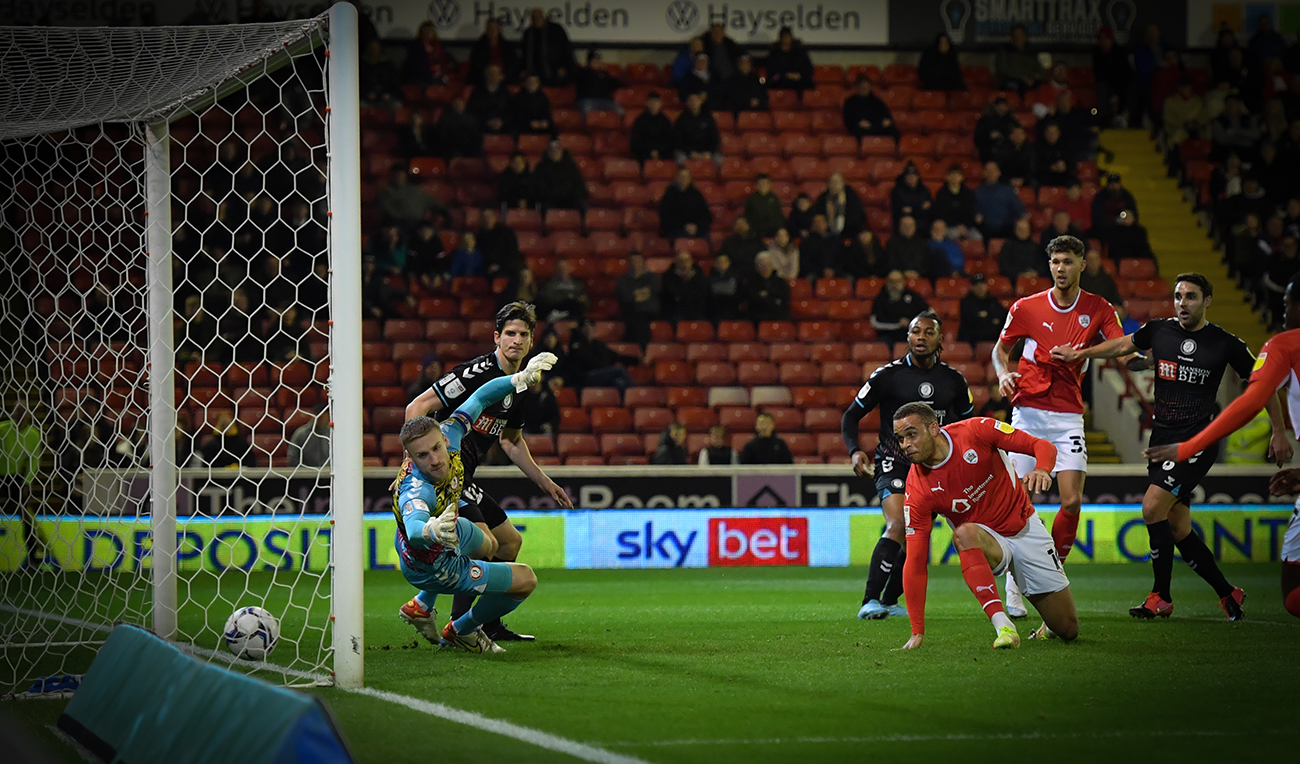 Our latest fruitful outing came during midweek when the Reds eased beyond a struggling Bristol City side to register quite possibly the most comfortable night's work of a season that has been arduous for the majority.

It was earned in the first half of Tuesday night's clash. Early strikes for Carlton Morris and Michał Helik, both via set plays (for the first time this season) were enough against the Robins who only threatened in brief.

Our bitesized review of the Robins encounter at Oakwell.

It extended the Reds' unbeaten home run to five matches. But our form on the road is surely going to need to improve too if we are to pull off what looked like a miracle as recently as mid-February.

We have lost seven of our last eight league fixtures away from Oakwell. The one anomaly being last month's terrific 2-0 win at Hull City. 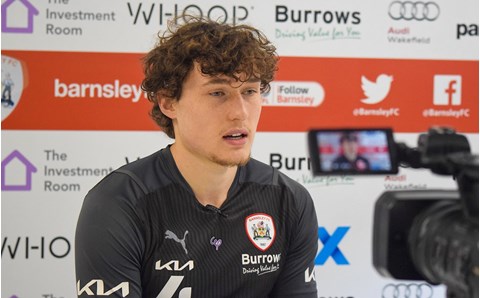 If the Reds do go down, there will be many reasons, lots of blame apportioned. But the away record is appalling and with five further road trips to come, all against tough opposition, something really has to change, and fast.

Barnsley still have to go to Millwall, Swansea, Huddersfield and finally West Brom. Three of those sides still have play-off ambitions at least. 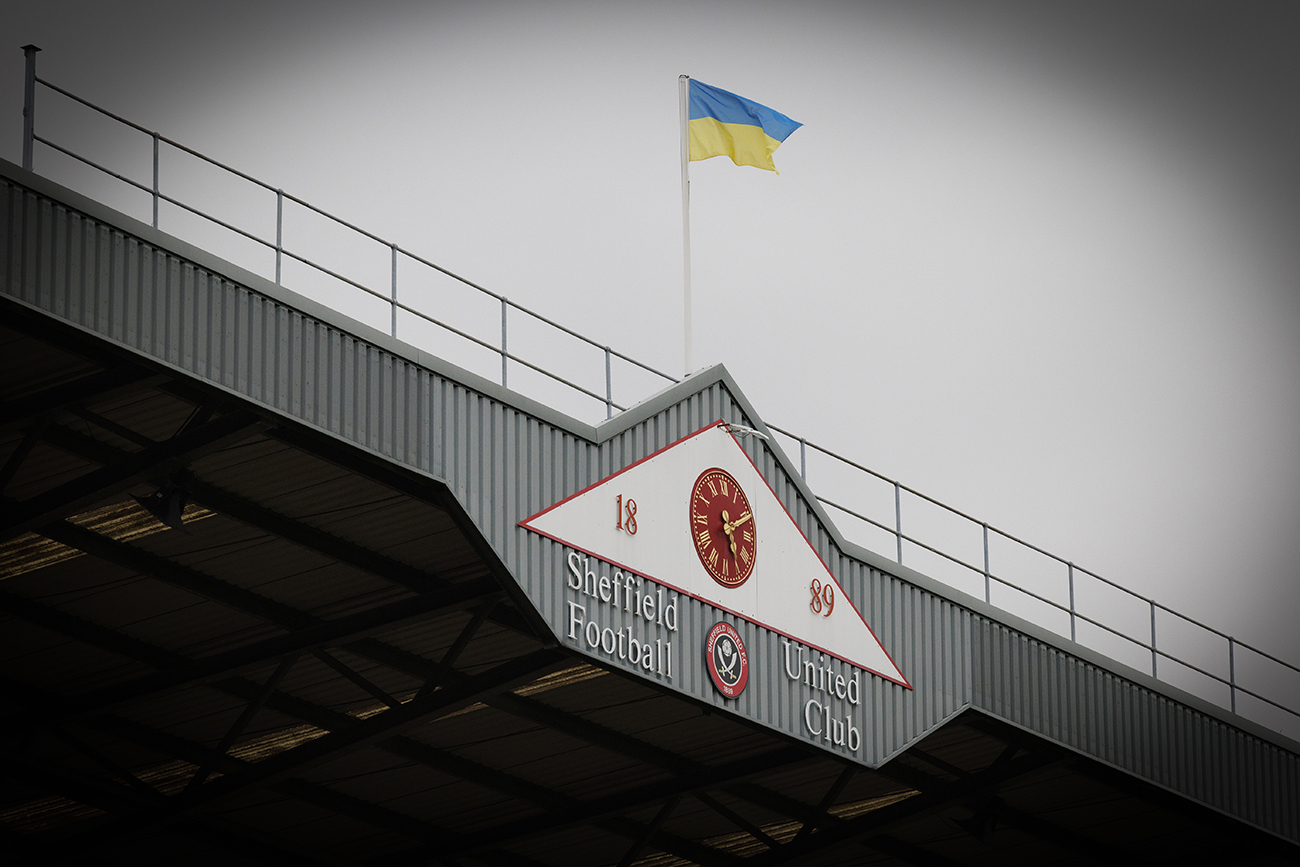 And this weekend we head to our Yorkshire rivals who are in the thick of that promotion mix themselves, sitting just a point shy of the top six going into Saturday's derby clash in S2.

However, in the few weeks that have seen the Reds come alive, the Blades have spent that same time struggling to maintain the form that up until mid-February had them looking likely for an automatic promotion spot, never mind the play-offs. 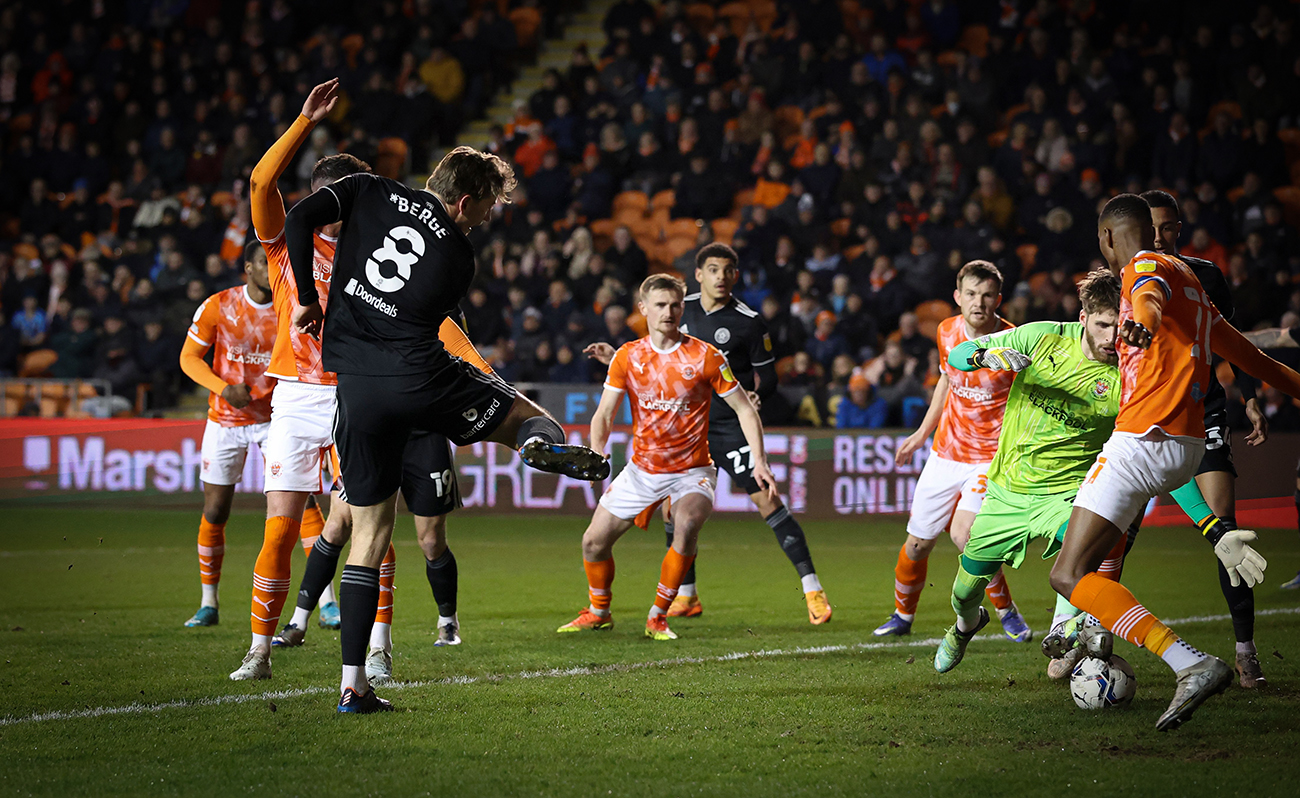 In midweek they were held to a goalless draw away at Blackpool, and were arguably hard done-by with two goals disallowed by the officials on the night.

The Blades are enduring a tough time in terms of injuries. A number of players have been missing in recent weeks, but they've still been able to name a very strong XI regardless, and this weekend they welcome back Scottish international duo John Fleck and Oli McBurnie (once of this parish).

It's very difficult to look beyond the evergreen Billy Sharp when picking out the danger man for United. The now 36-year-old striker has never quite found the goals at the highest level, but back in the second tier he's a machine. 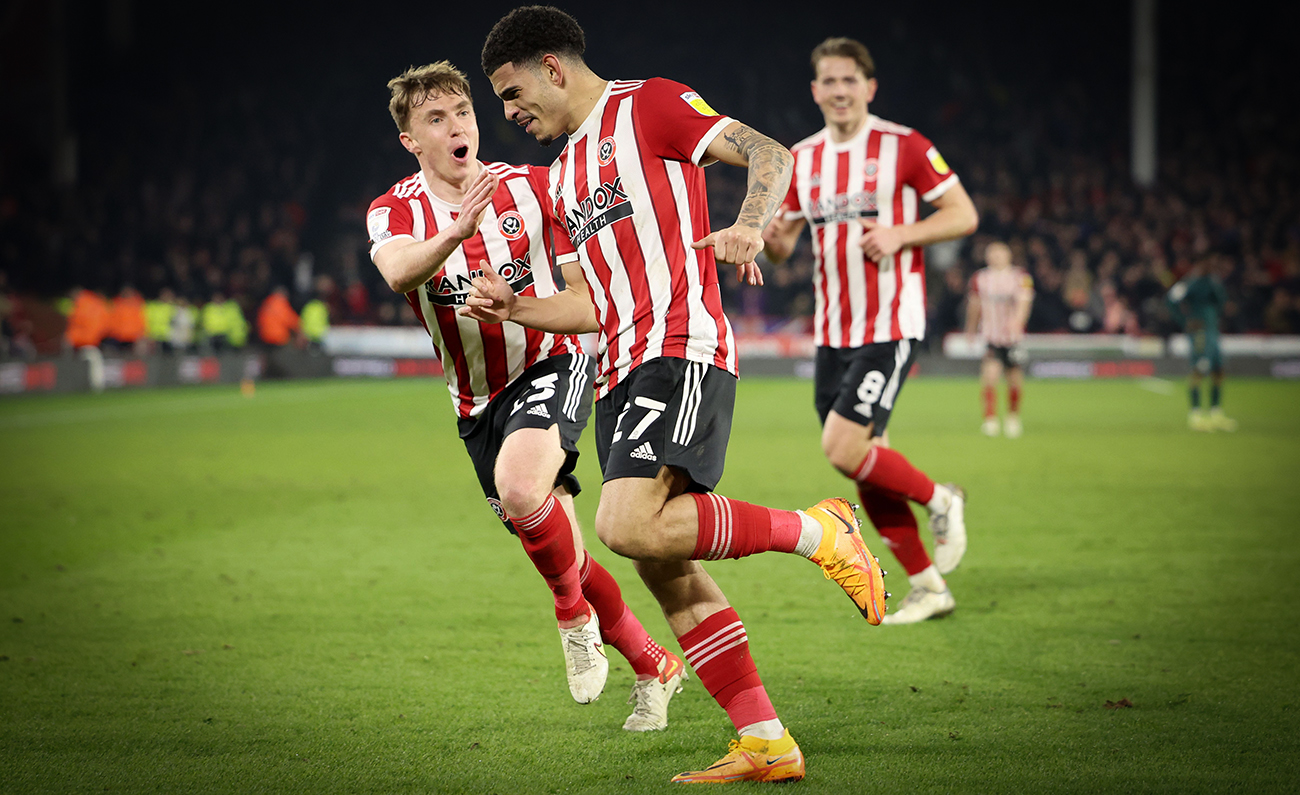 But our key man is on-loan attacking midfielder Morgan Gibbs-White. The 22-year-old from Wolves has eight goals and seven assists to his name and will need to be closely checked by the Reds backline this weekend if we're to get a positive result.

Earlier in the season, Barnsley were being embarrassed by the Blades at Oakwell. Three goals down with 20 minutes left to play, quickfire goals from Devante Cole and Aaron Leya Iseka threatened a late comeback, but it wasn't to be, and that result formed just one of 10 defeats from 11, a run that soon saw the back of Markus Schopp. 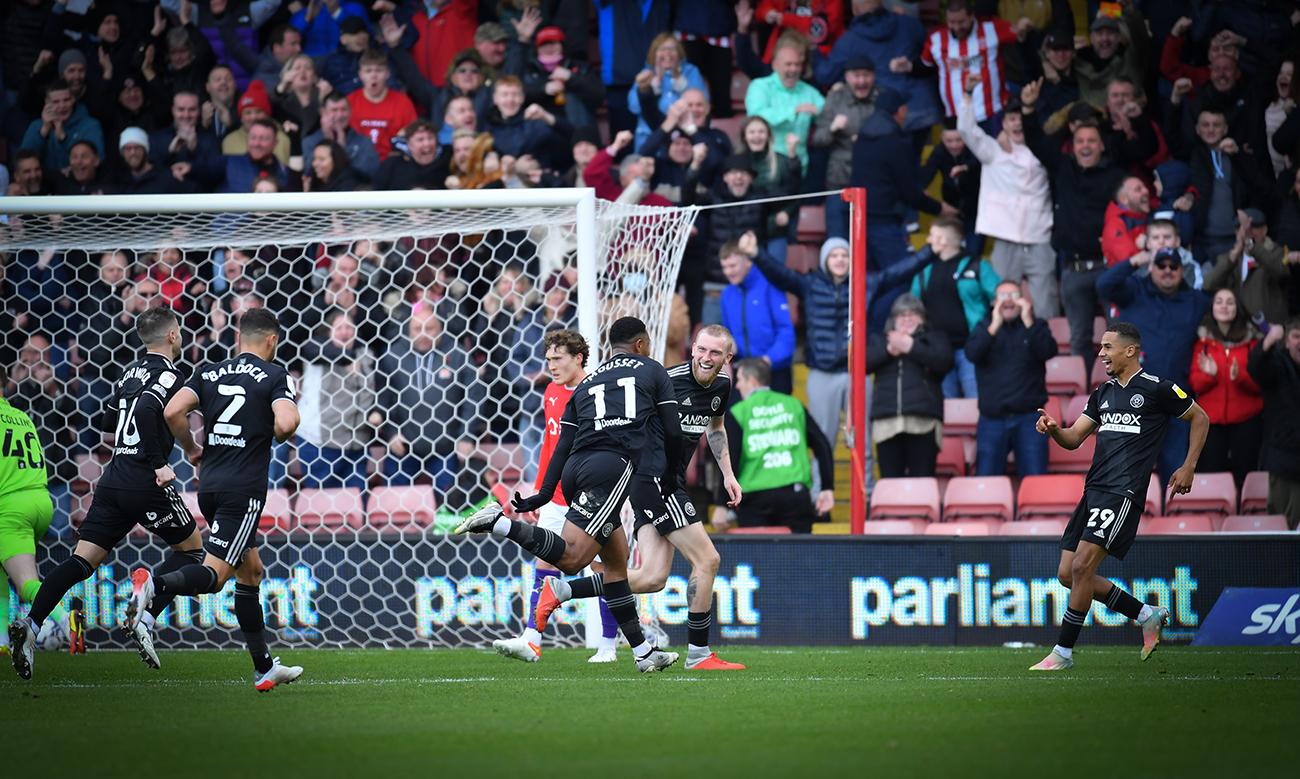 The Reds were beaten 1-0 on our last visit to Bramall Lane, back in August of 2017. That man, Sharp was on target early doors in a fractious affair that saw both David McGoldrick and Angus MacDonald sent off.

Our last taste of success at the venue where we once lifted the FA Cup came in November of 2014 when Sam Winnall's header proved enough for a 1-0 victory when both clubs were in the third tier.

The man in the middle on Saturday will be Matt Donohue. It will be the referee's third Reds game this term, having already overseen the 1-1 draws against both Birmingham City and Huddersfield Town at Oakwell.

Join our commentary team from 12.20pm at Bramall Lane. 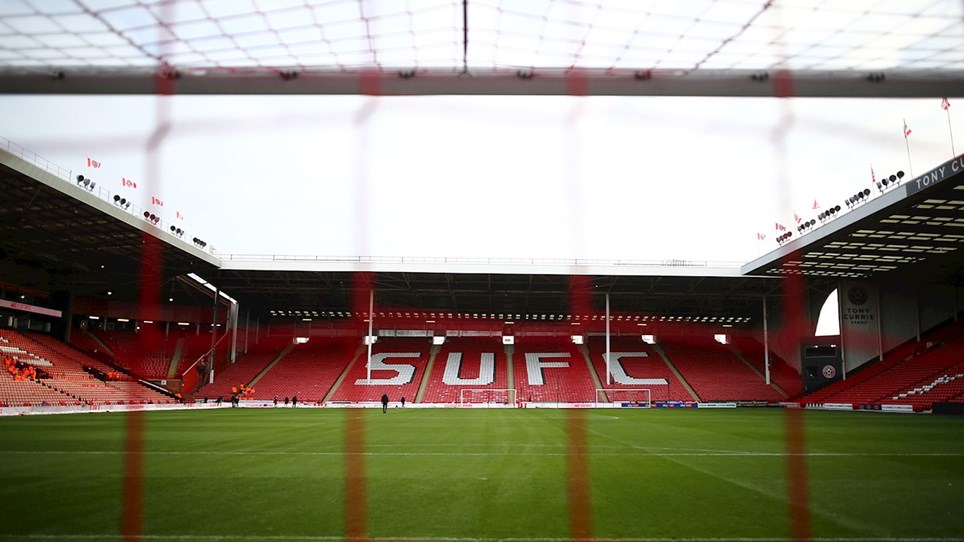 
Our Sky Bet Championship clash with Sheffield United at Bramall Lane has been moved, at the request of South Yorkshire Police.

Goals from Sander Berge and Morgan Gibbs-White in the second half were enough to see us off in Sheffield, despite an impressive first half performance from the Reds.

The early stages were even, relative to the cagey nature of a South Yorkshire derby, with neither side being able to assert control on the affair.

The first shot of the game came from the Reds on 13 minutes, after Claudio Gomes found himself with space in a central area just outside of the box, but his driven effort went wide of Wes Foderingham’s goal.

We began to grow into the game after this effort, with the boys in green beginning to apply increasing pressure to the Blades’ backline. Carlton Morris drove into the box down the left-hand side and after some good trickery won a corner.

The resulting corner nearly saw the Reds take the lead, with Matty Wolfe poking the ball goalwards inside the area, but a smart stop from Foderingham prevented a first senior goal for the young midfielder after 19 minutes.

It was Wolfe who had the next best chance in the game, after the Reds won back possession on halfway. Amine Bassi was presented with the ball after the turnover, and slipped in Wolfe who was advancing ahead of him on the left, but his touch escaped him and the midfielder could only slice into the side netting.

A warning sign came from the home side however just on the stroke of half time, after Ben Osborn came inside onto his left foot and curled just over the top of Brad Collins’ goal.

Domingos Quina had been lively in the sun in Sheffield all afternoon, and he nearly got his just reward shortly after the break, but his deflected volley ricocheted narrowly over the top.

Against the run of play the home side then took the lead. A clever quick free-kick from the Blades allowed former Red Conor Hourihane to cross the ball across the front of the Reds’ goal where Berge was there to sweep home on the goal line.

Poya turned to his bench in the 74th minute, with Callum Styles and Wolfe being replaced by Romal Palmer and Aaron Leya Iseka.

The Blades doubled their advantage with just under 15 minutes to play via Gibbs-White. The England U17 World Cup winner rounded Collins to slot home into an empty net.

Morris came close to giving us a glimmer of hope in the search of salvaging something from the game, as a floated cross found the front-man in the box, but his header clipped the top of the crossbar and went behind for a goal kick.

In one final roll of the dice, Devante Cole was introduced in replacement of Gomes in additional time.

Despite the attacking intent from the Reds, the Blades did well to nullify any threat and saw out the game as comfortable winners in the final South Yorkshire derby of the season.


Our Sky Bet Championship clash with Sheffield United at Bramall Lane has been moved, at the request of South Yorkshire Police.

The Reds take on the Blades away from home next month, with tickets on sale from next week.

We have received an initial allocation of 1,551 tickets in the Bramall Lane Lower Stand for our game at Sheffield United on Saturday 19 March, kick-off 12.30pm.

A further, smaller allocation, is available upon request.

All categories are one ticket per qualifying criteria. Seasonal memberships cannot be up/downgraded.

Wheelchair users and ambulant disabled supporters will pay their relevant age-relatedcategory with a price reduction to £26 for adults. A carer’s ticket is free of charge for those in receipt of the middle or higher rate of DLA or the enhanced rate of PIP.

Sheffield United offer four away disabled parking spaces located in the main Cherry Street carpark. You should contact our own box office to request a space and provide your car registration number, boxoffice@barnsleyfc.co.uk 01226 211183.

Official Club Coach Travel departs at 10.30am priced at £14 per seat. We have a strict no alcohol policy. Children under 16 must be accompanied by a responsible adult 18+

The postage deadline for this game is 3pm Wednesday 16 March. Tickets will remain on sale from the Box Office until 12 noon on Friday 18 March, subject to availability. 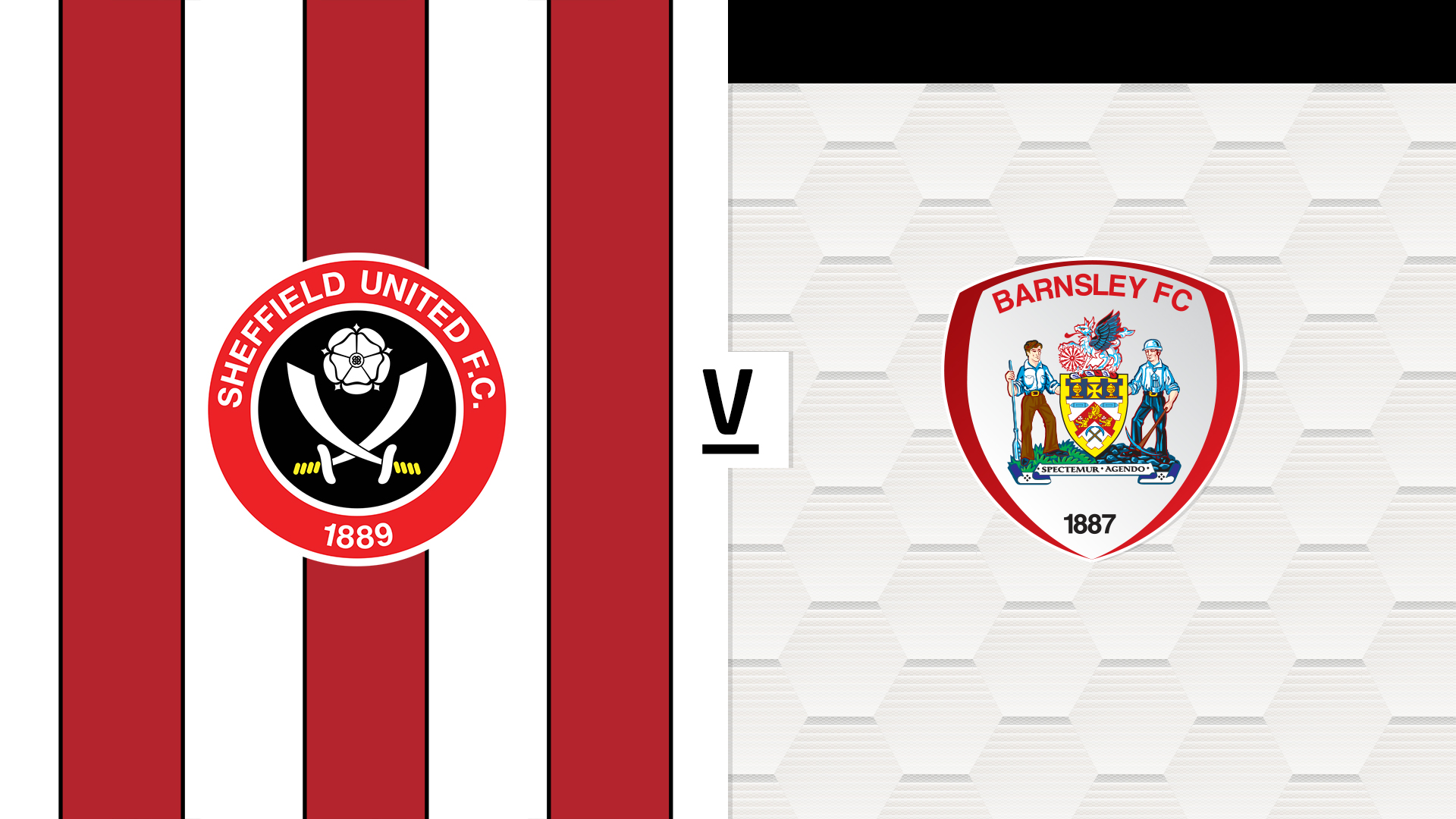 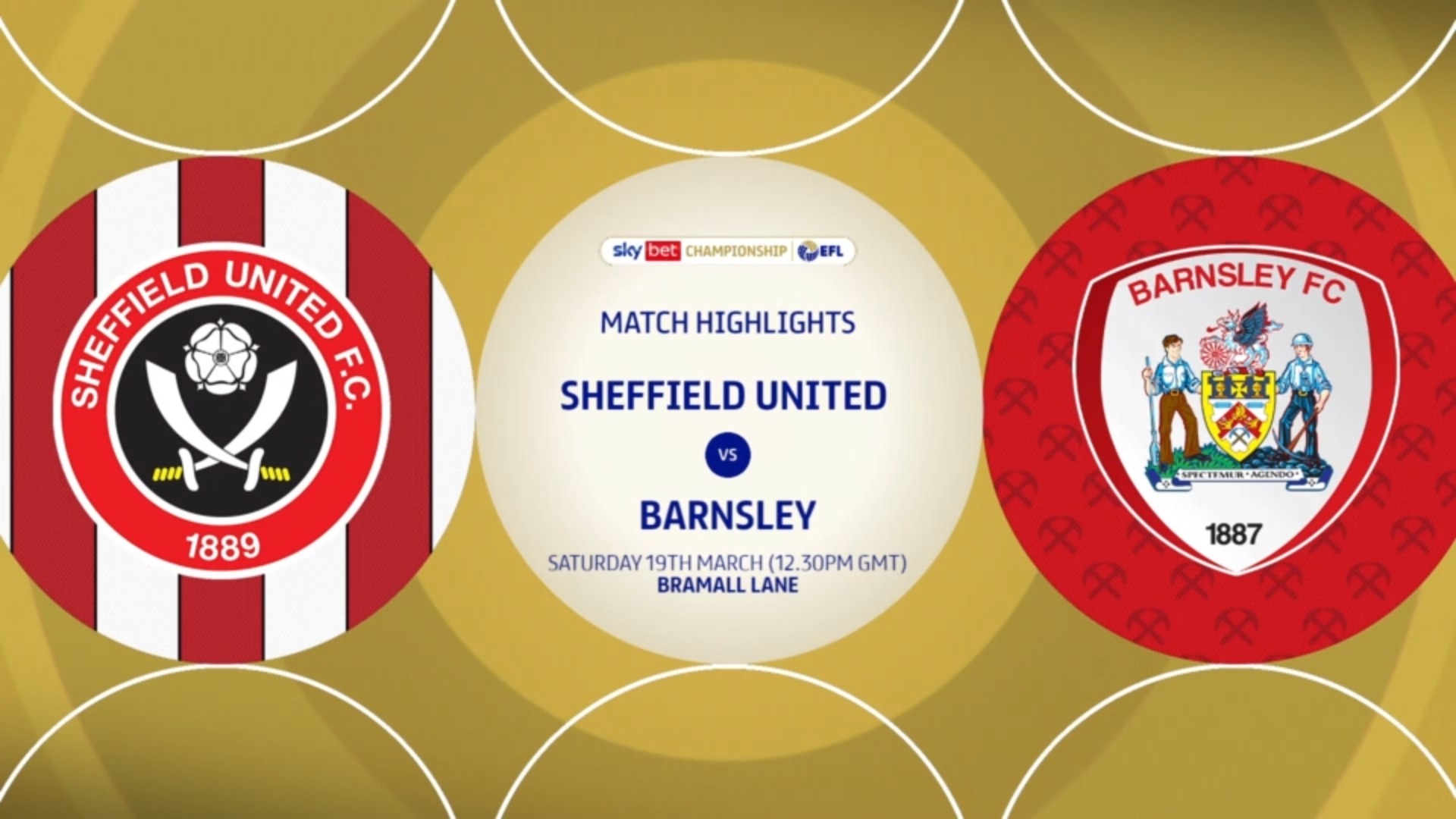 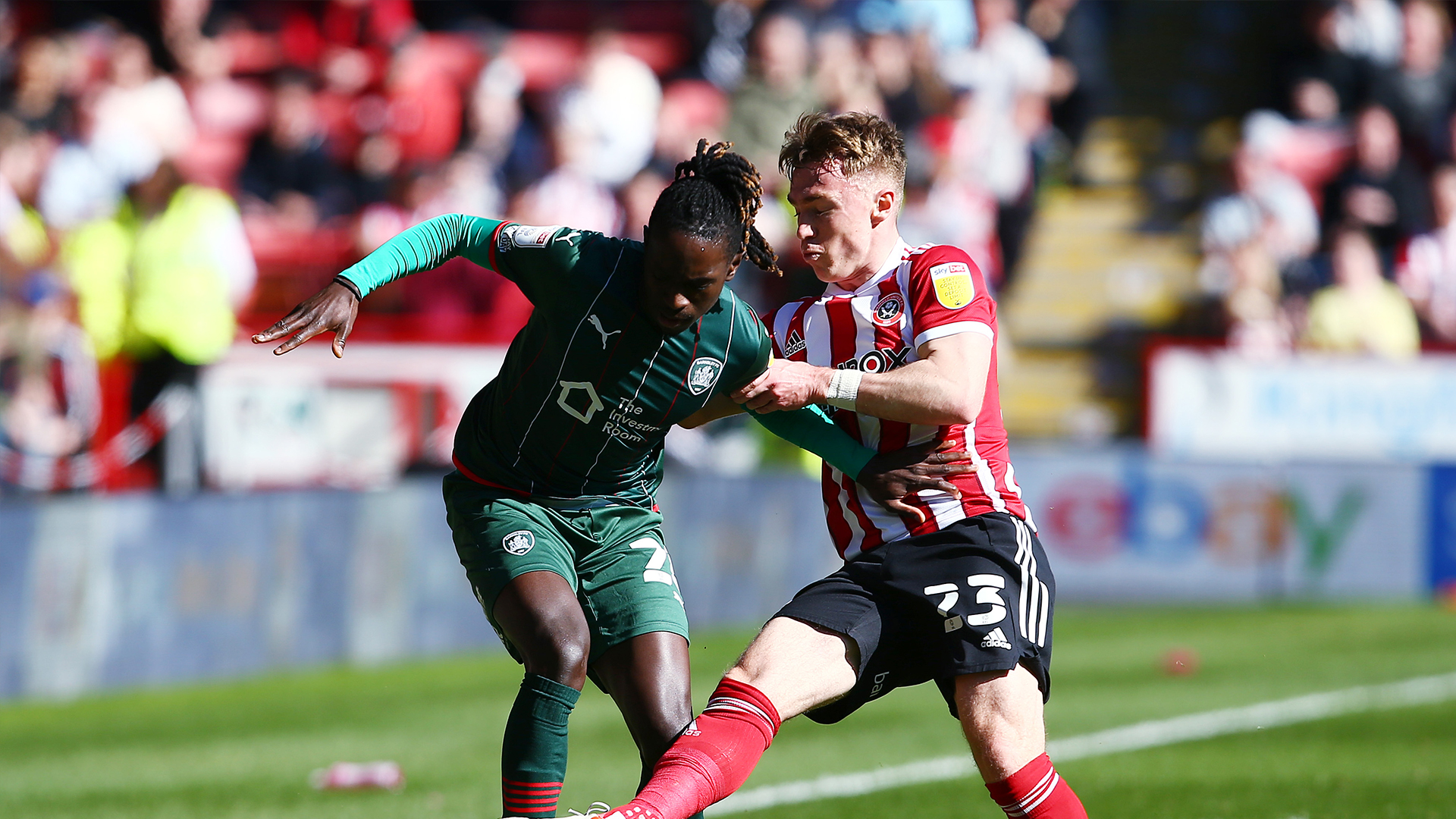