We've more Sky Bet Championship action on Tuesday night, with the Reds heading east to take on the Tigers.

It's a midweek clash by the Humber on Tuesday evening, a 7.45pm kick-off against Hull City as Barnsley look to react quickly to their latest defeat.

The Reds battled well for 90 minutes against Coventry City at the weekend, but another individual mistake during nine minutes of stoppage time at the end of the game meant the wait for an away victory against the Sky Blues continues. 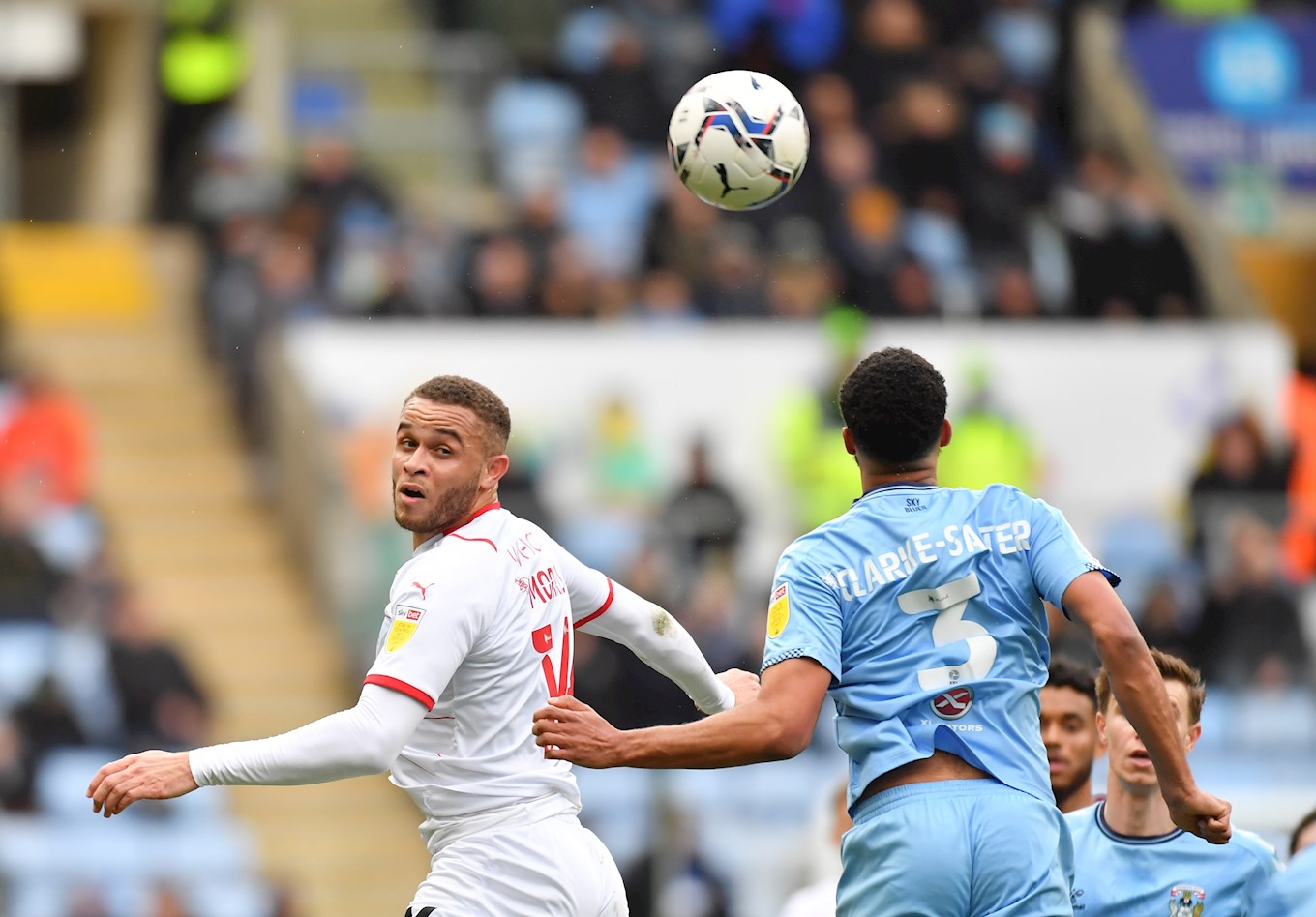 Amidst the chaos of Storm Eunice, Barnsley, having won a week earlier for the first time in the league under Poya Asbaghi, went into Saturday's clash in good spirits. But the game resembled most seen this season on the road.

Whilst we weren't blown away by any stretch of the imagination, we were second best for most of the match and when the very late winning goal did eventually arrive, it was hard to suggest it came out of the blue. 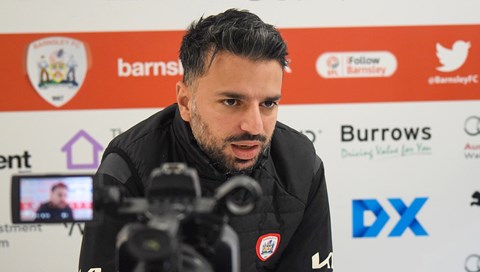 The Sky Blues, coached by former Reds boss Mark Robins were always the most likely to force the issue. Some pretty average finishing and loose passing thwarted them going ahead much earlier. 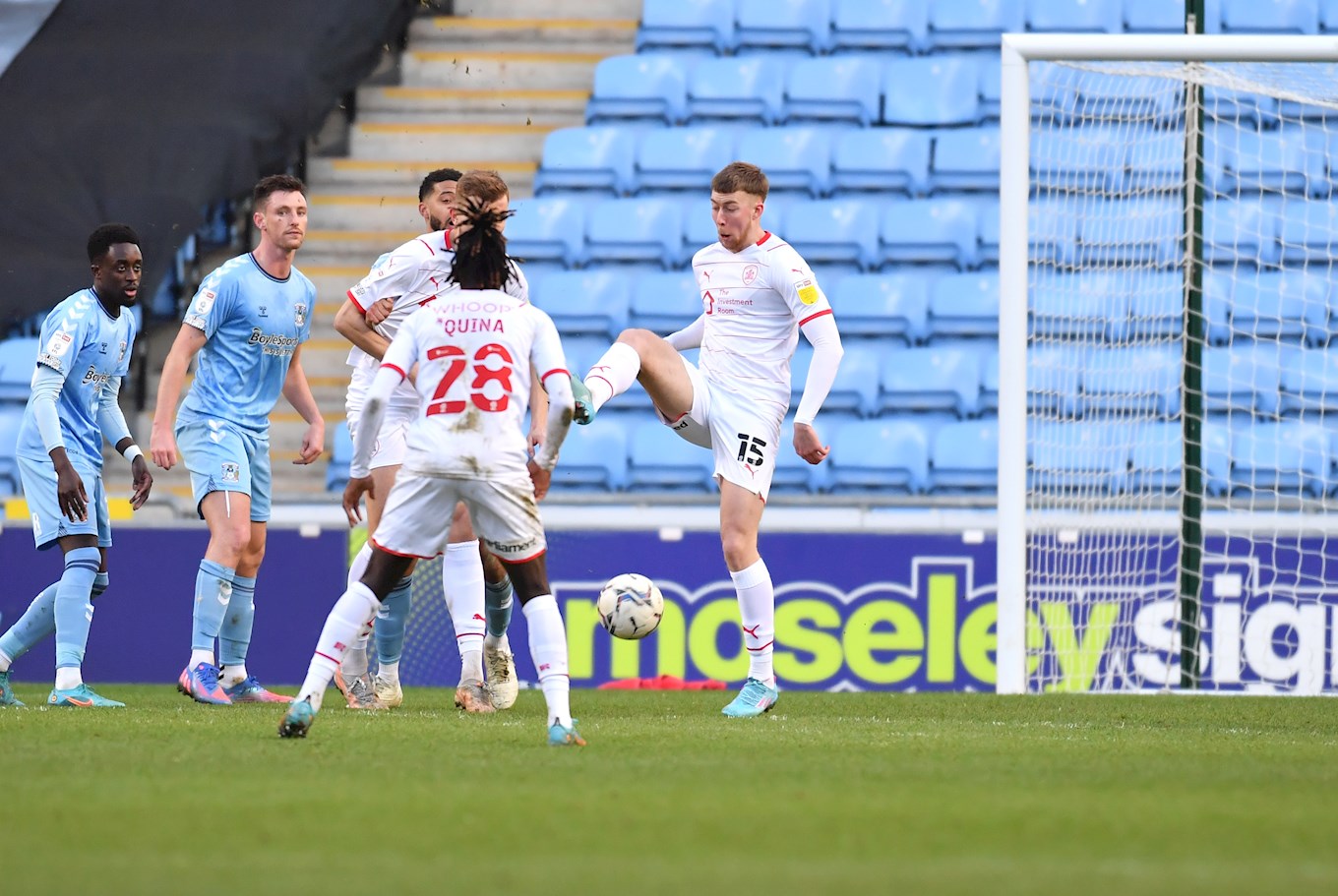 And the Reds' defenders held firm for the most part, throwing bodies on the line, with 'keeper Brad Collins only properly tested a couple of times. But when substitute Jasper Moon got his attempted clearance all wrong, Coventry defender Dom Hyam was on-hand to stroke home a 94th minute match-winning strike.

A week prior, Barnsley had seen the deficit between themselves and Reading in 21st place reduced to five points. Fast forward to today and it's back up at nine points with just 15 league fixtures remaining.

It's becoming a tall order, but with seven games in the next four weeks, we'll have a much clearer picture by the end of March. 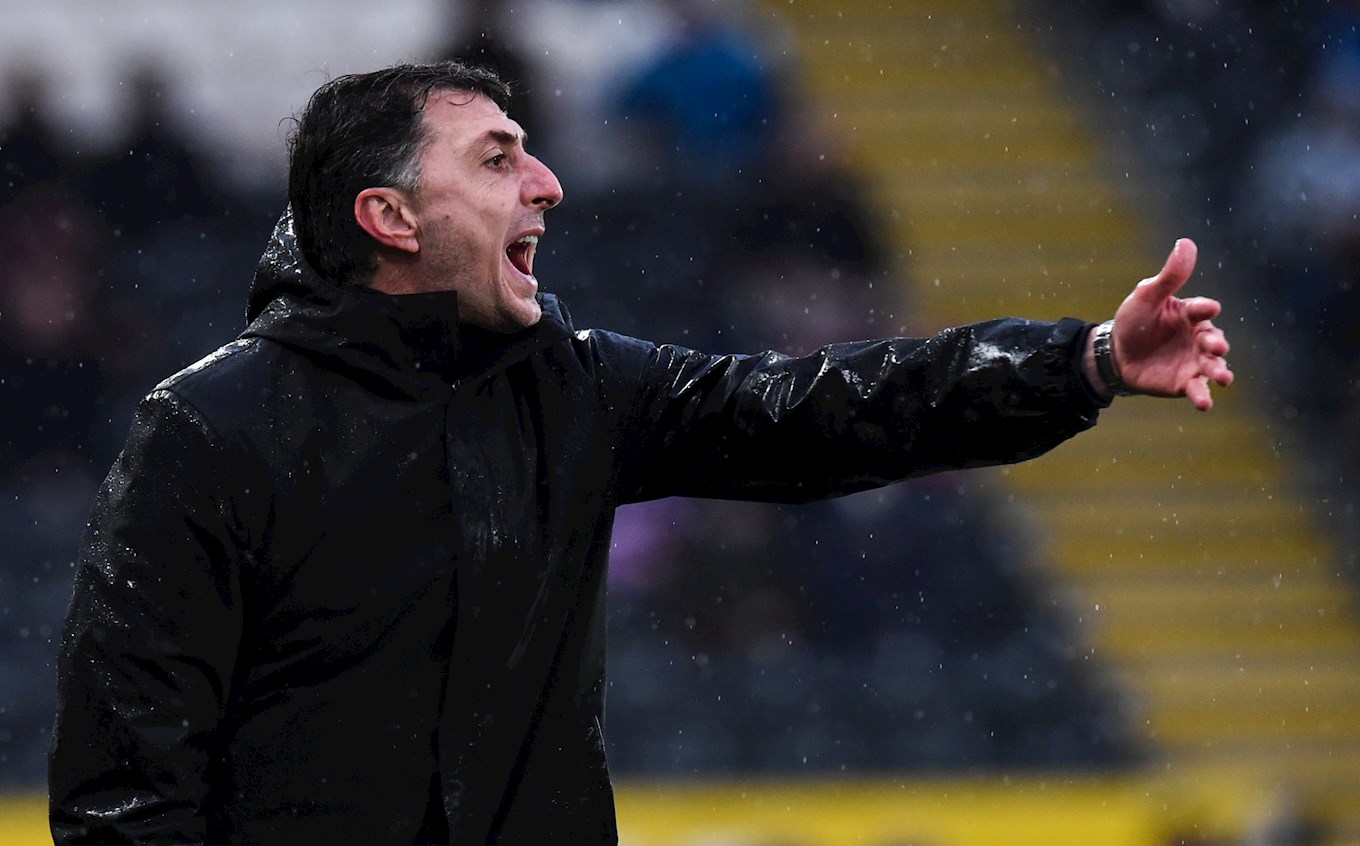 The focus must continue to be on the game ahead, however, and on Tuesday night we travel to the MKM Stadium to take on a Hull City outfit who quickly climbed out of relegation trouble after beating us in November, but who've struggled for victories in recent weeks.

The Tigers have a new man in the dugout, in the shape of Georgian legend Shota Arveladze. The former Ajax and Rangers striker became head coach of Hull at the end of January. 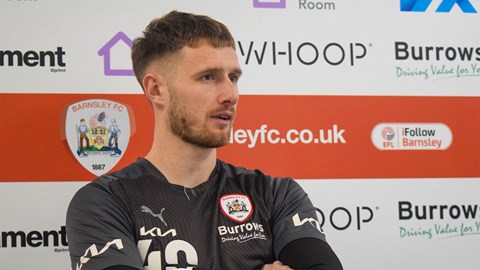 And after earning a 2-0 win over Swansea City in his first match in charge, the Tigers have failed to win any of the next five, with draws away at Sheff Utd and QPR their most recent fixtures played.

Under new ownership and with the transfer embargo lifted, Hull were able to add Brentford forward Marcus Forss during the January transfer window, as well as Iranian international striker Allahyar Sayyadmanesh. 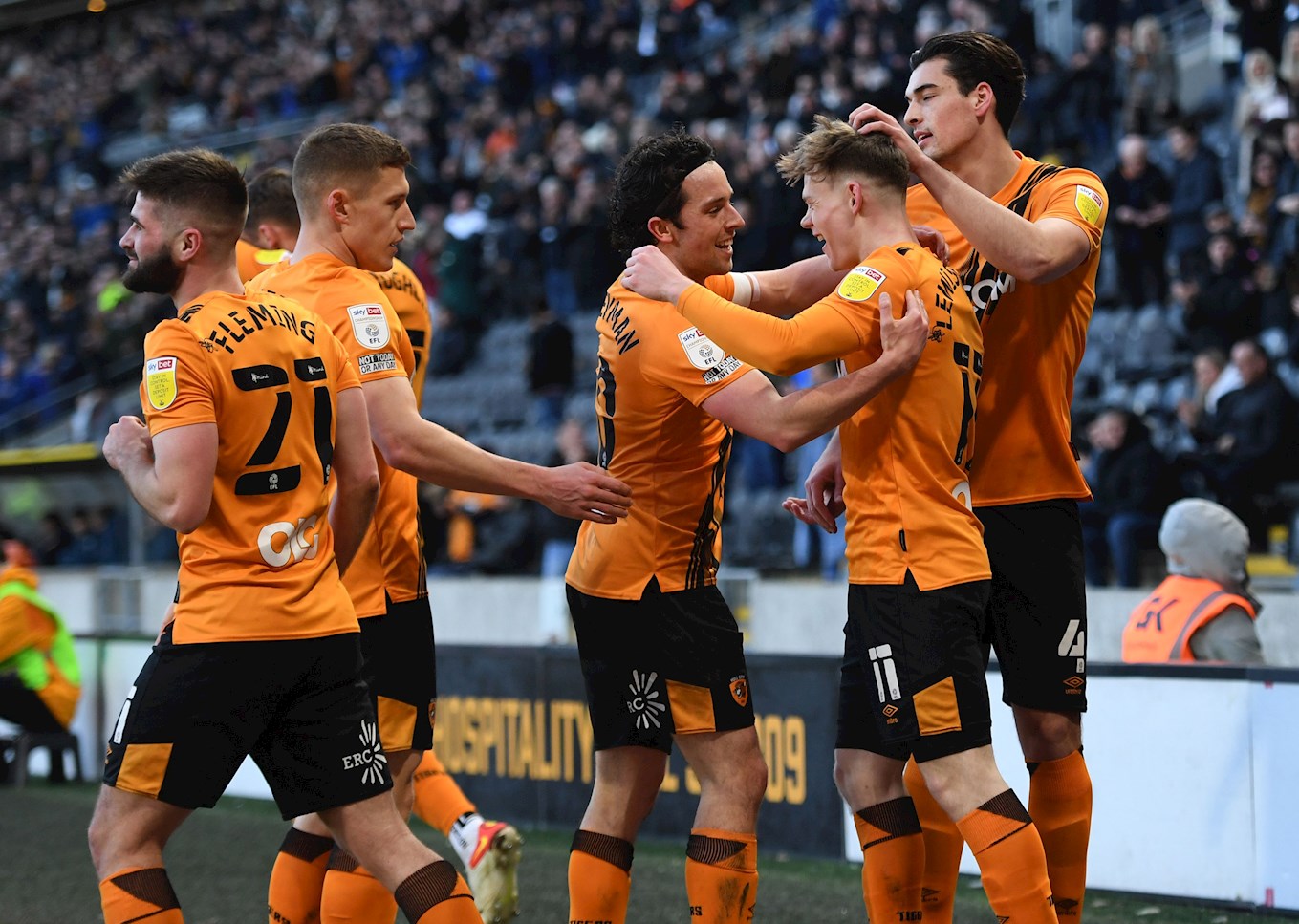 The outstanding talent that is Keane Lewis-Potter remains a Tiger. That's despite all kinds of interest from Premier League clubs last month.

A Kingston lad, the 20-year-old forward has four assists and seven goals to his name this season, including the Tigers' second goal in November's 2-0 win over the Reds at Oakwell, a result that kick-started their rise up the table under former boss Grant McCann.

The Reds have won two and drawn one of their last three visits to this venue, unbeaten in Hull for 10 years now. 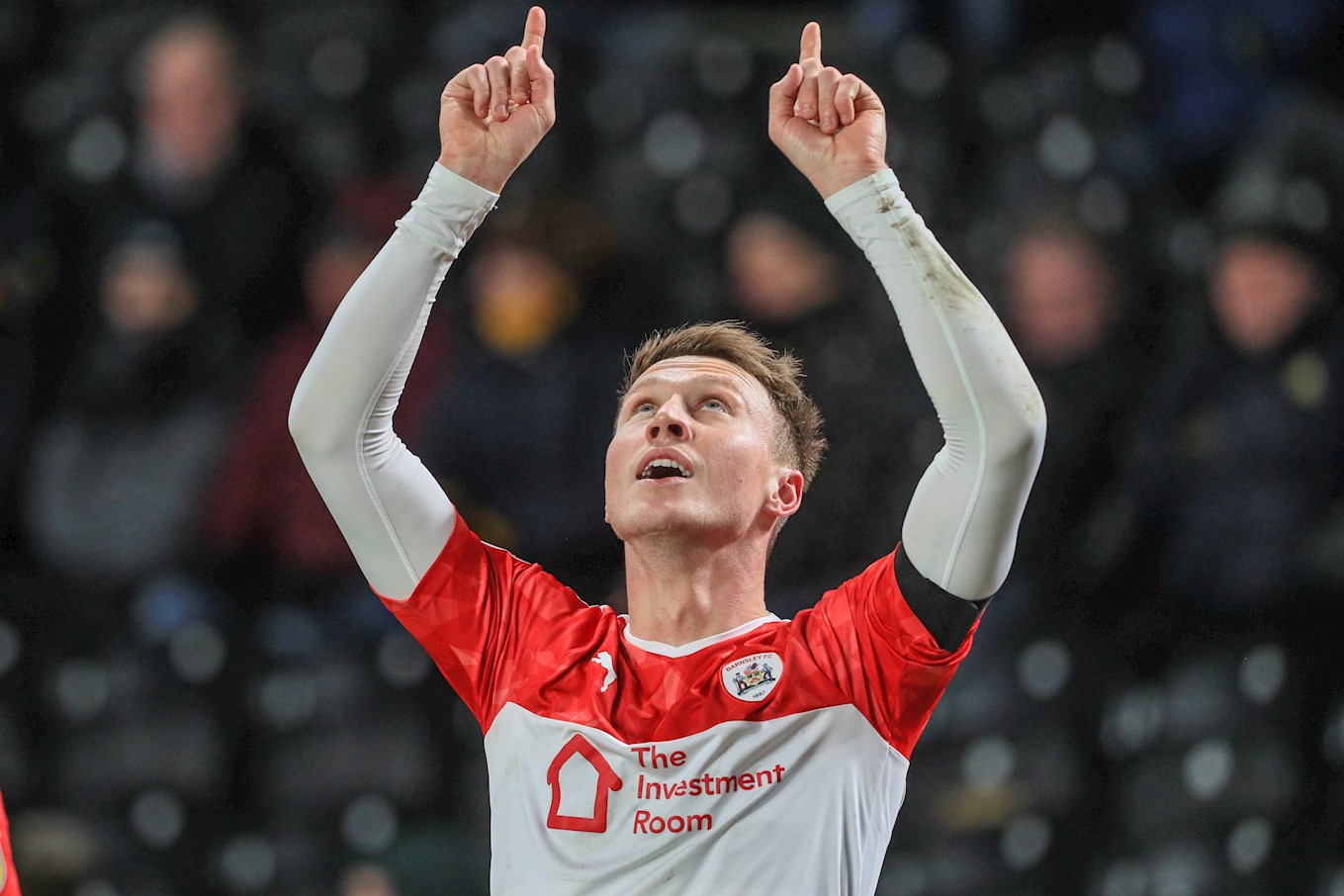 On our last trip, almost two years ago exactly, we came away with all three points thanks to a Cauley Woodrow tap-in, a result that went a long way to seeing us survive that season, whilst Hull fell through the trapdoor.

The man in the middle this Tuesday evening is Stephen Martin. This will be the Staffordshire official's fourth Reds game this season. 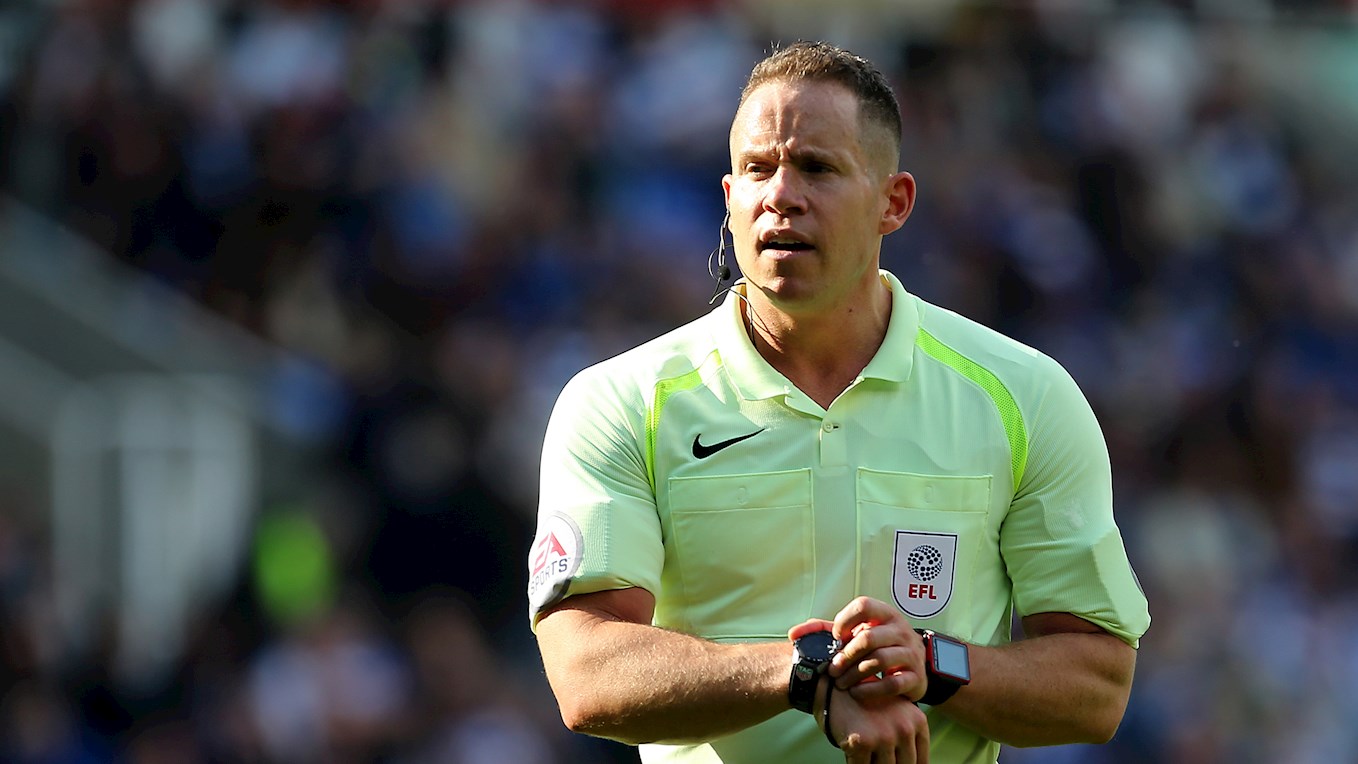 He was in charge of our draw with Cardiff City on the opening day, our September defeat at Blackpool, and, bizarrely, he took control of the reverse fixture with the Tigers at Oakwell three months ago.

A blistering first half Barnsley performance blew away Hull City here at the MKM Stadium tonight.

Strikes from Callum Styles and Carlton Morris in a dominant opening 45 for Barnsley saw Poya Asbaghi's side to a much-needed three points.

The Reds, with Morrocan midfield maestro Amine Bassi back from injury and pulling the strings got off to a promising start on Humberside, penning their hosts in and could have been comfortably ahead long before eventually taking the lead.

Impressive stuff from Domingos Quina in and around the Tigers' penalty area saw him tease his way into a shooting position, eight yards out but he was seemingly upended by a Hull defender before he could pull the trigger, but referee, Steve Martin was having none of it.

Soon after, Bassi was played in through on goal by Claudio Gomes but after dinking the ball over the advancing goalkeeper and into the net, the flag was raised for offside.

Quina again broke into the box and this time let fly with his left foot, but Harvey Cartwright, making his full debut in the Tigers' goal repelled the fierce effort and Mads Andersen couldn't get to the rebound before a defender cleared behind.

The goal that the Reds deserved came on 27 minutes, as they capitalised on some lax defending 30 yards from goal, with Morris eventually pulling the ball back across the box for Styles to sidefoot into the top right corner from 10 yards.

Styles and then Gomes soon tested Cartwright in the home goal once more, but the Tigers hung on for dear life. The young Hull 'keeper then dropped a speculative long-range Bassi drive before regaining his composure.

The Tigers saw Keane Lewis-Potter curl a 25-yard effort over the crossbar of Brad Collins, as we headed towards the half-time interval, before Asbaghi's men got a priceless second goal to take into the break.

An Andersen free-kick was lofted towards the box, Styles did enough to unsettle the defenders who could only head the ball down into the path of a charging Morris who powered into the City box and rifled in a terrific goal from 15 yards out to double the Reds' lead.

If the first half was spectacular, the second was more of a solid display. Barnsley still looked lively, still drove forward when necessary but they also had a lead to protect and did so in a pleasing manner.

Continuing to be a threat down the left with the marauding Rémy Vita and trick Quina, it was the latter who scampered into the box and looked certain to test Cartwright only for a great sliding challenge from Jacob Greaves to prevent the shot reaching goal.

As we entered the final quarter, Hull had a huge opportunity to get back into the match as substitute Tyler Smith, who looked offside initially saw himself through one-on-one with Collins but the Reds' stopper denied the striker with his legs to maintain his clean sheet.

The outstanding Matty Wolfe received a standing ovation for his performance, replaced by Josh Benson, the Reds fans serenaded Bassi as he made way for Callum Brittain and then finally, the Barnsley faithful got right behind the appearance of final sub, Devante Cole who took the place of Styles, who'd got the victory in motion 60 minutes earlier.

Whilst the news of a Reading victory dampened the mood a touch, tonight saw a display and attitude that lifts hopes as we head into the weekend clash with Middlesbrough, as the Reds finally picked up a first away win of the season.

We have received an initial allocation of 1,508 tickets in the North Stand for our game at the MKM Stadium on Tuesday 22 February, kick-off 7.45pm. A further allocation is available upon request.

Tickets go on general sale from 9am on Tuesday 8 February 2022.

*Hull City have offered a reduced-price offer for this game, so please read the information below carefully.

Wheelchair users and ambulant disabled supporters will pay their relevant age-relatedcategory with a carer’s ticket free of charge for those in receipt of the middle or higher rate of DLA.

Hull City have asked us to make supporters aware children under 14 years of age will not be admitted to the stadium without an accompanying adult over 18.

Official Club Coach Travel departs at 5pm priced at £19 per seat. We have a strict no alcohol policy. Children under 16 must be accompanied by a responsible adult 18+

The postage deadline for this game is 3pm Friday 18 February. Tickets will remain on sale from the Box Office until 12 noon on Tuesday 22 February, subject to availability. 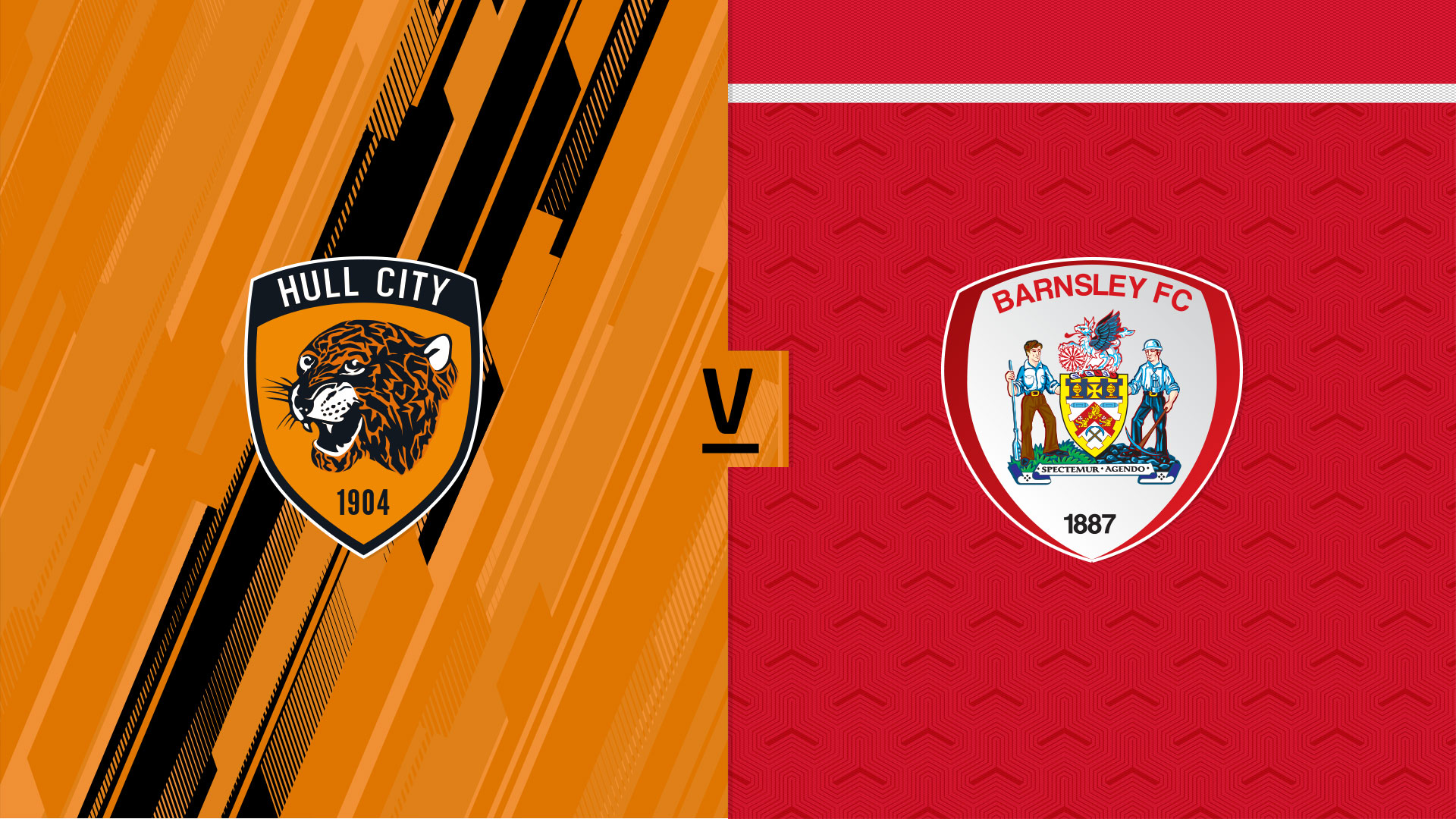 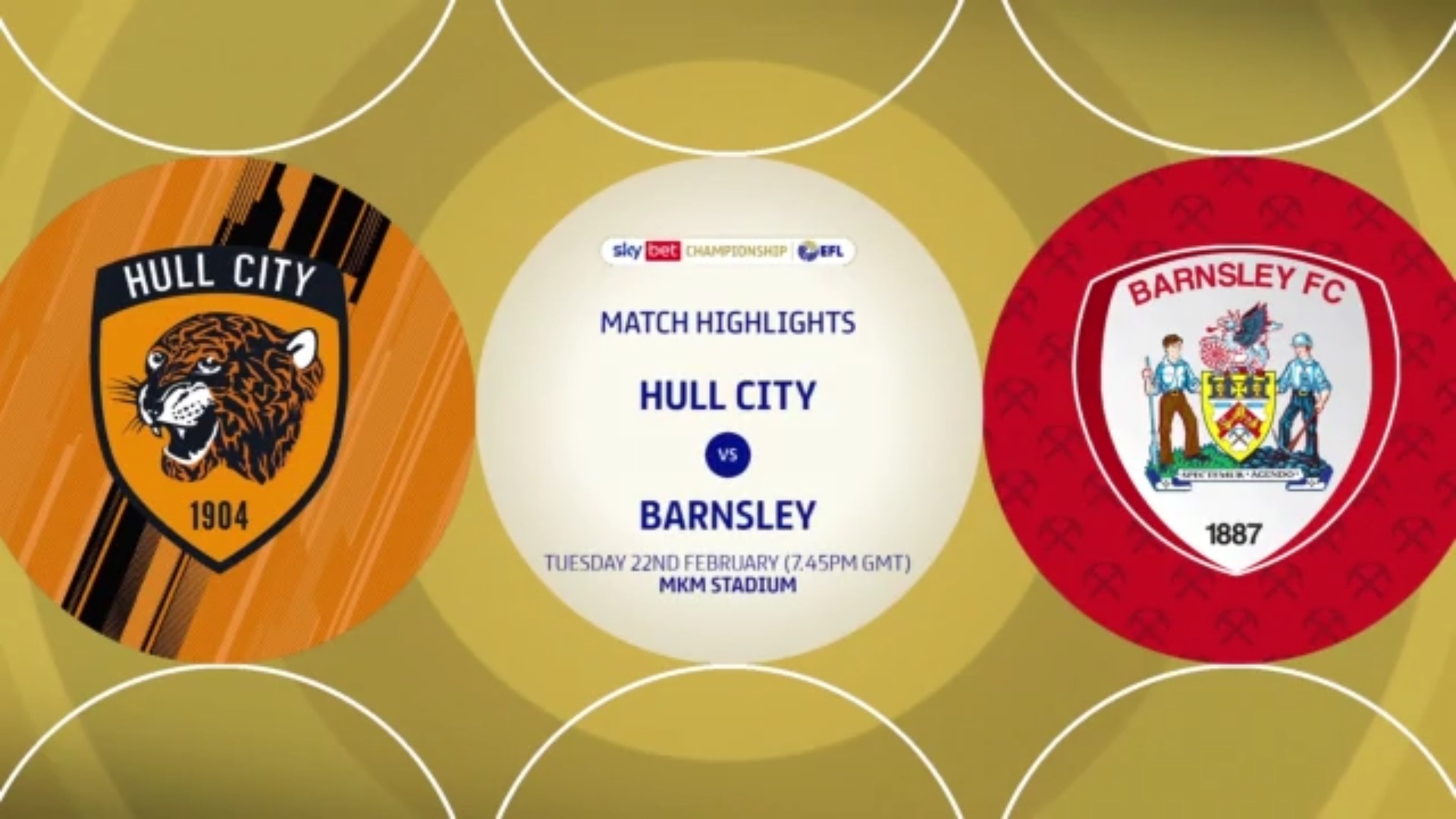 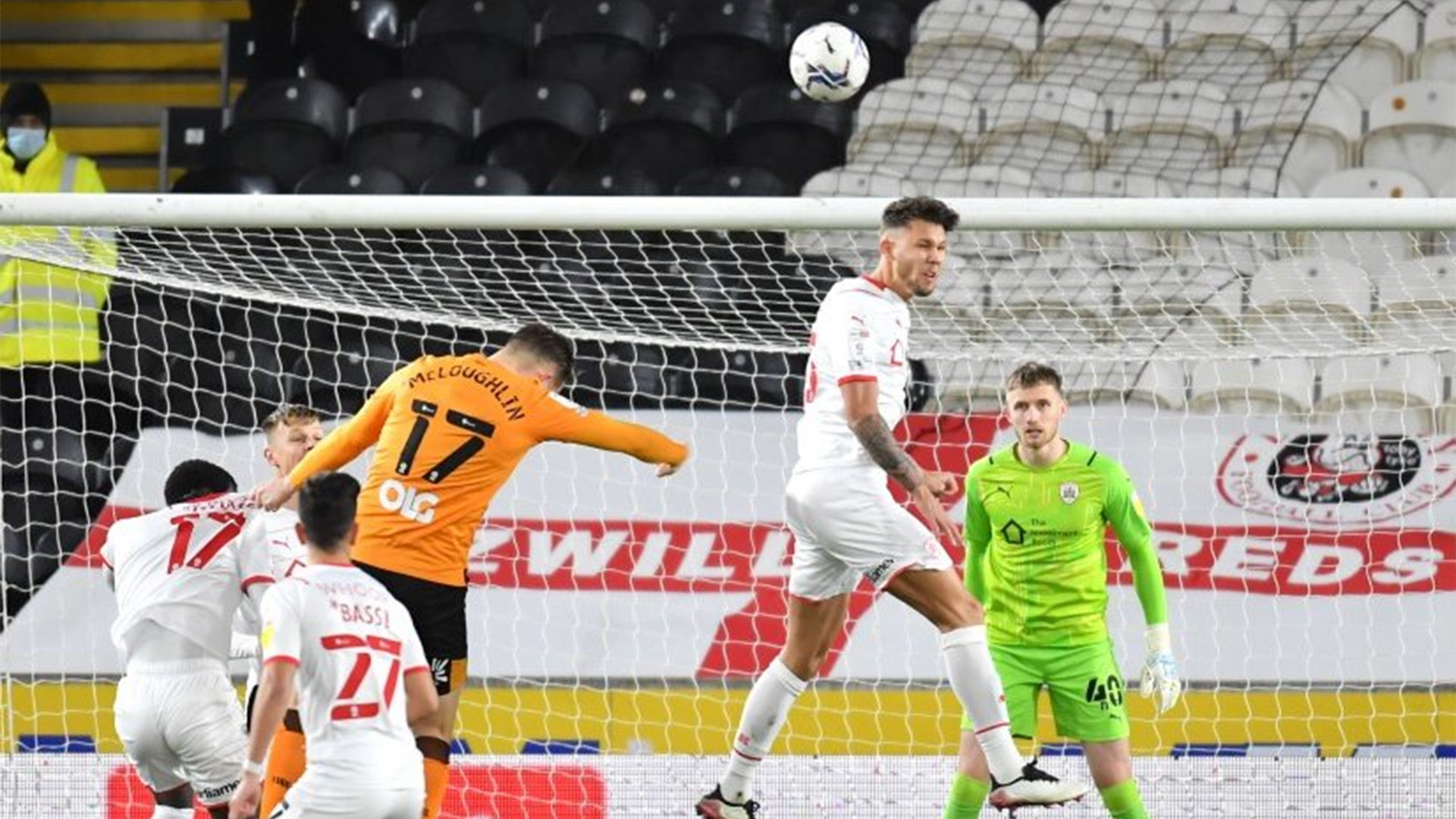