Some pre-match reading ahead of Saturday's home clash with high-flying Boro here at Oakwell.

The Reds return to Oakwell on Saturday, taking on Middlesbrough in a 3pm kick-off, bringing an end to a February that has seen an upturn in results somewhat, as we look to fight our way out of relegation trouble in the next couple of months.

Last weekend saw Barnsley undone by Coventry City in the 94th minute, punished for one mistake in a game we struggled to create chances in. 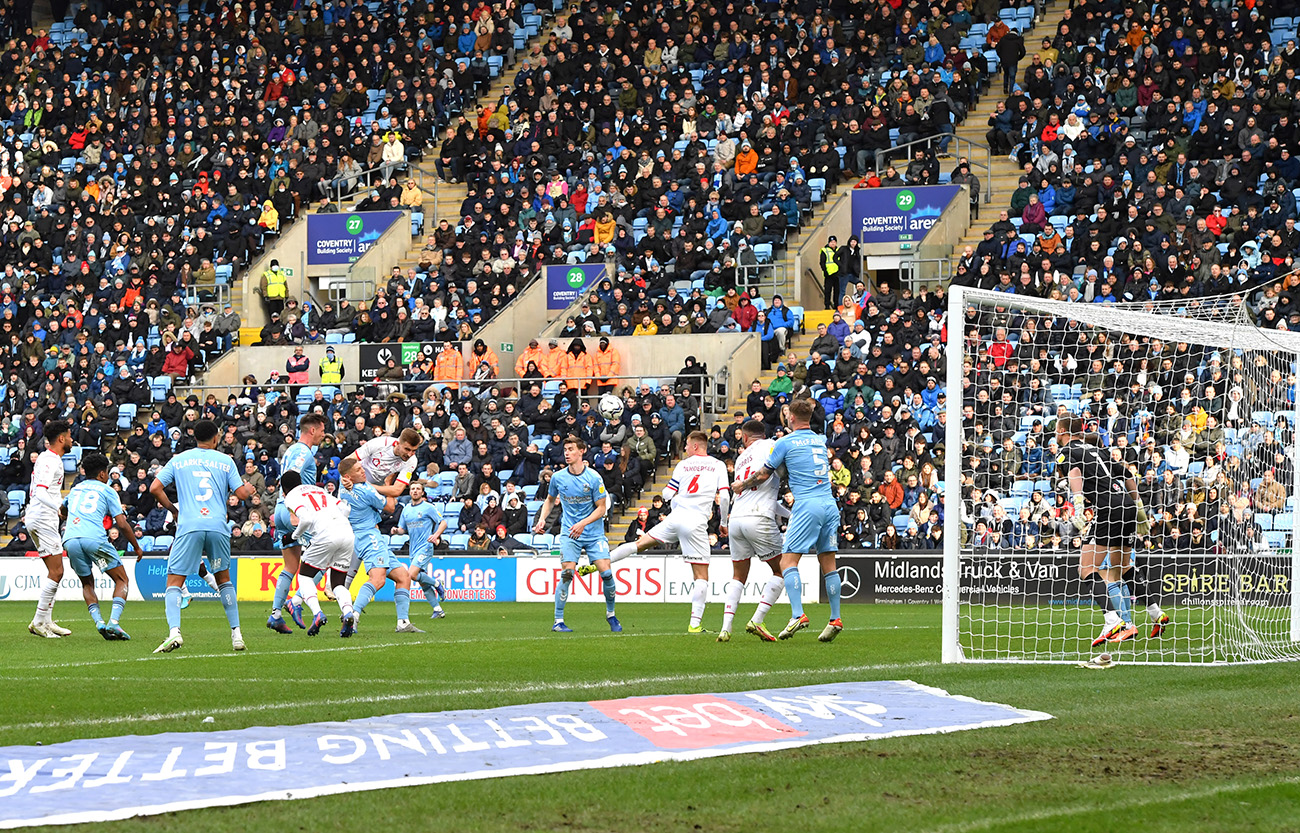 But in between that defeat, we've seen victories against Queens Park Rangers on home soil, and most recently, this Tuesday gone, against Hull City on our travels. Both wins without conceding into the bargain.

The 2-0 win at Hull City in midweek was pleasing for a number of reasons.

It wasn't just the taste of success, our first win on the road in 17 attempts, it was the manner in which it was recorded. More solid defending from back to front, some wonderfully intricate football through midfield, and finally, some clinical finishing inside the box.

First half goals - both were well fashioned - from Callum Styles and Carlton Morris were enough to see off a disappointing Tigers side on the night.

Our bitesized review of the trip to the MKM Stadium.

Unfortunately, a victory on the same evening for Reading, now led by former England midfielder Paul Ince meant the gap to safety remains at nine points.

There were defeats on Wednesday night, however, for our other two relegation rivals, Peterborough United and Derby County, who are both on 21 points now, just the one ahead of the Reds.

It's about picking up a lot more victories now though, for Poya Asbaghi and his improving young team. And there are plenty of opportunities coming up, with March in particular, a very busy month in terms of scheduling.

But we've to finish off February first, and it will take another eye-catching performance this weekend if we're to make it three wins from four matches. 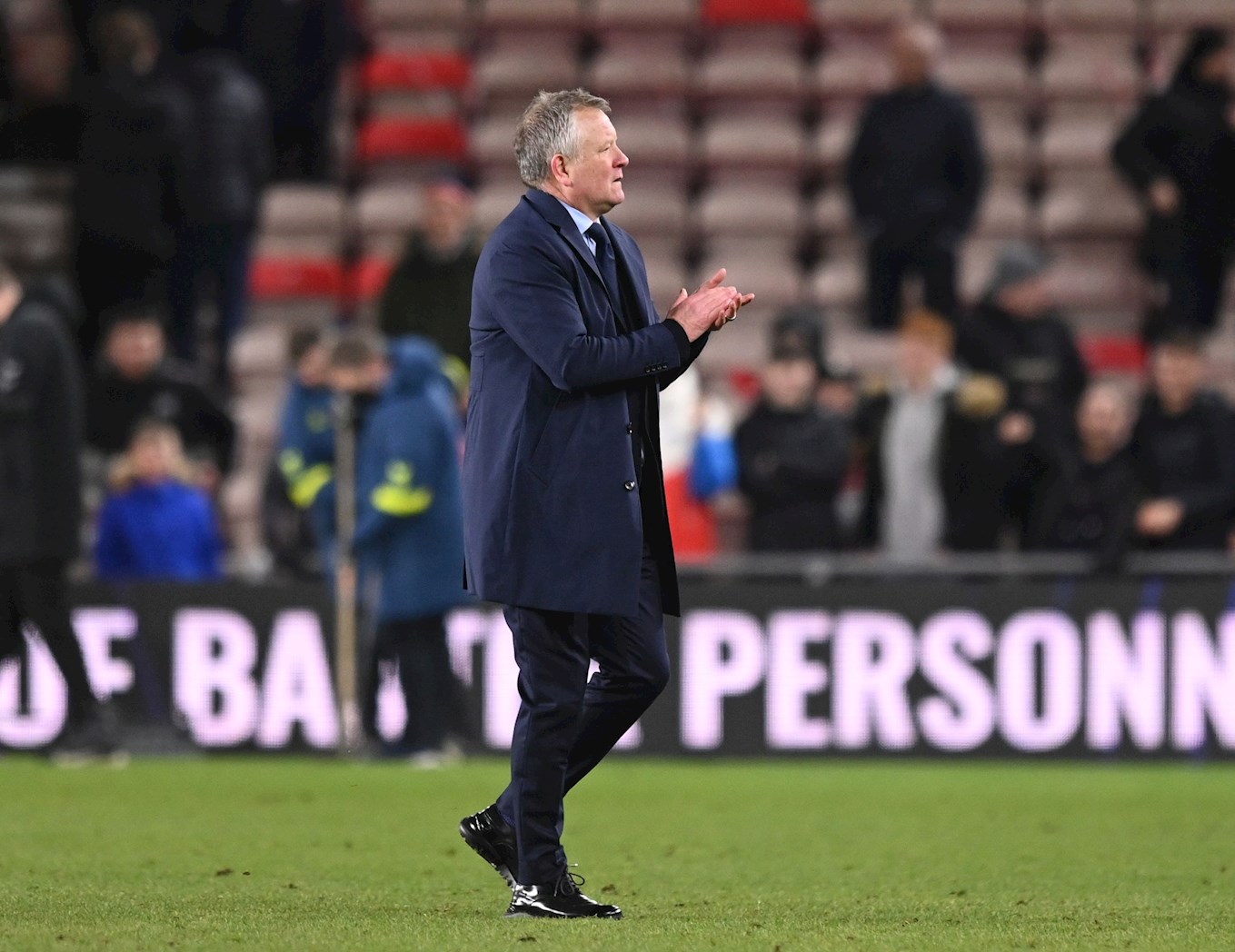 Next up are Middlesbrough, who have been absolutely flying since they appointed former Sheffield United boss Chris Wilder as manager.

Their 2-1 win against West Bromwich Albion on Tuesday night moved them into 7th in the current standings, just a point outside the play-off spots.

They've won seven of the previous 10 league fixtures, and knocked Manchester United out of the FA Cup at Old Trafford. 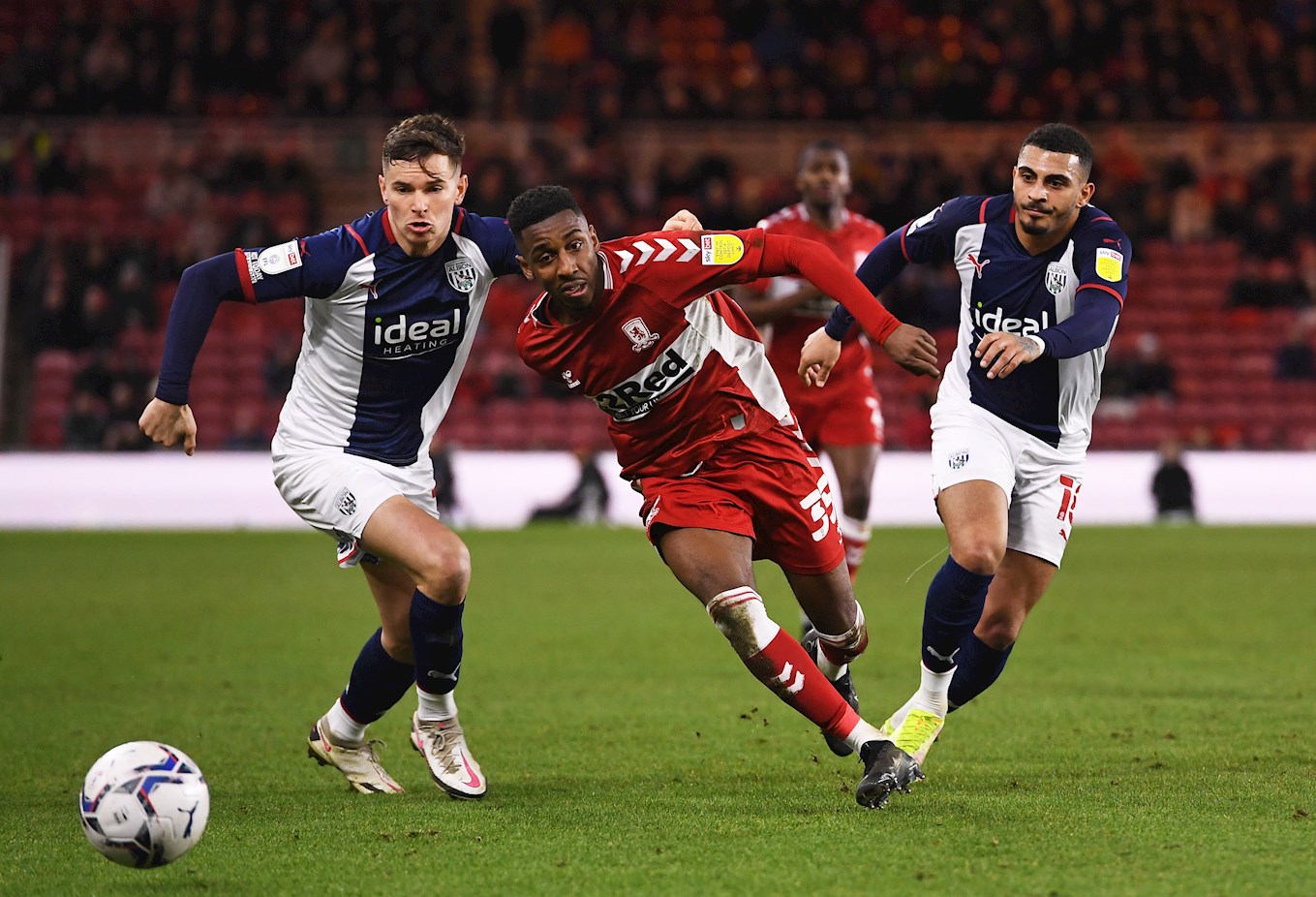 However, they haven't won a league game away from home in their last three, losing two of them, including their most recent road trip at Bristol City last Saturday.

In the reverse fixture back in October at the Riverside, the Reds, then led by Markus Schopp were seen off 2-0 on the night, with Slovenian international striker Andraž Šporar opening the scoring before the outstanding Matt Crooks doubled the lead late on. 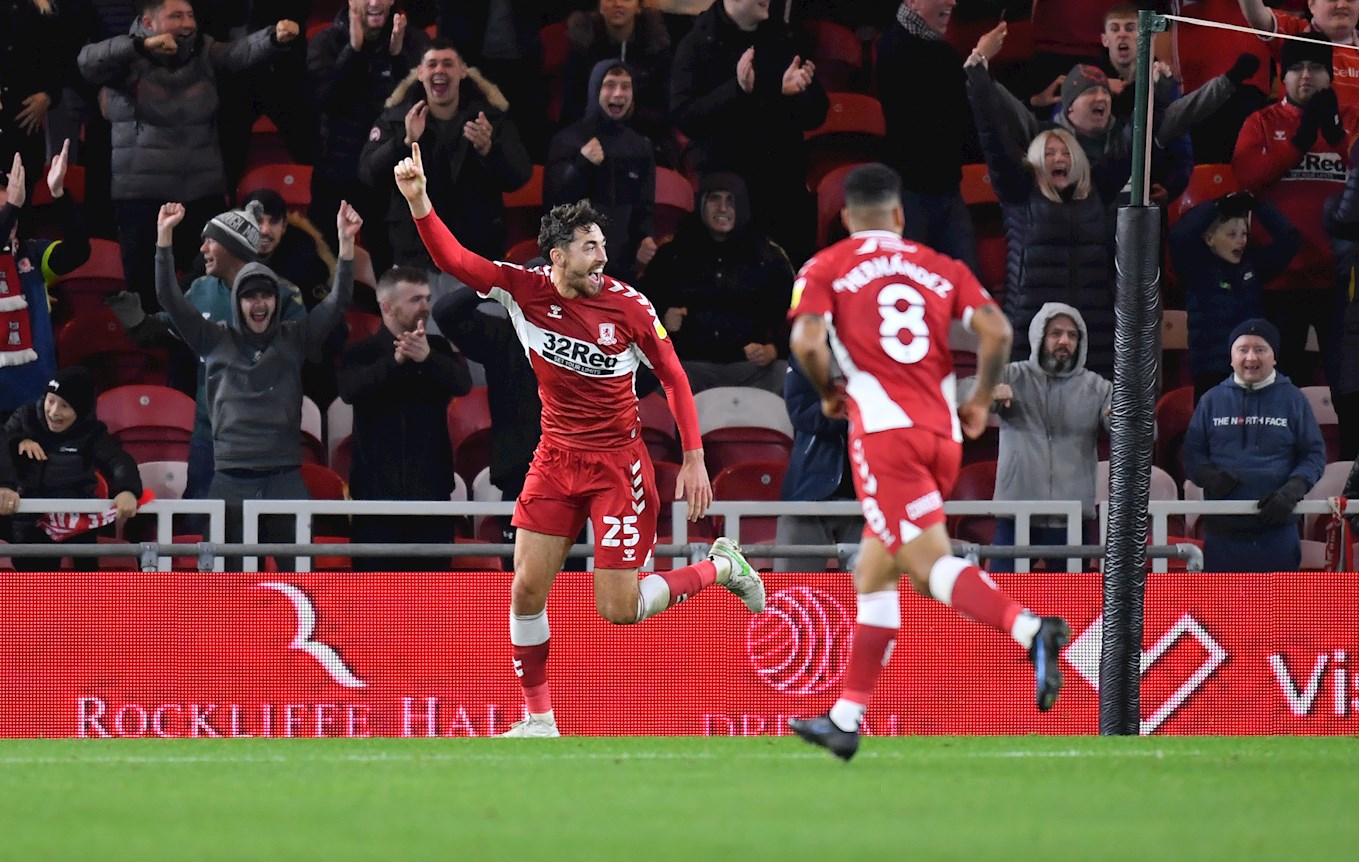 We are unbeaten in this particular league fixture at Oakwell for over 10 years, with our last defeat coming in August of 2011 at the start of Keith Hill’s reign as manager.

Last term, Barnsley beat Neil Warnock’s Boro 2-0 with Alex Mowatt and Daryl Dike on target as we marched into the end-of-season play-offs. There’s a very different ‘goal’ in front of the Reds this time around, with the result on Saturday just as vital.

Welsh official James Linington is this weekend's man in the middle. The Newport native took charge of our 3-0 defeat at Bournemouth way back in September.

Another stunning first half display helped the Reds pick up a huge three points in the face of a spirited Boro fightback.

Goals from Mads Andersen and Amine Bassi in the opening 45 helped the Reds blow away their high-flying opposition, but it was a different story second half, with Boro threatening a comeback.

The Reds flew out of the blocks, much like they did in midweek, with an unchanged XI and Carlton Morris was first to test Boro 'keeper Joe Lumley who saved well down low to his left.

On eight minutes, Barnsley powered into the lead when Bassi picked out captain, Andersen with a far post cross that the Dane nodded home into the opposite corner from eight yards out.

Just eight minutes later the Reds doubled their lead, and this time it was the Moroccan who applied the finish. Morris held up the ball on the edge of the box brilliantly and Bassi tricked his way into a yard of room before calmly slotting home from 14 yards out, with his left foot into the bottom corner.

The best that Boro offered in the first half was a tame Marcus Tavernier effort from just inside the box that was no problem for Brad Collins.

The away side were a different animal second half, and substitute Folarin Balogun cracked an effort against the inside of the post that flew away to safety.

There was a breakaway that resulted in Callum Styles testing Lumley, but it was backs to the wall for Poya Asbaghi's men by now.

Outstanding tracking back and an unbelievable sliding blocked challenge by Jordan Williams prevented the visitors hitting back, and then the third goal arrived.

Some poor defending just over halfway allowed Bassi in on goal, and despite being wrestled back by his defender, he found room for a shot that trickled into the net in front of a joyous Ponty End.

Andraž Šporar put a penalty away after Rémy Vita had been adjudged to have fouled Isaiah Jones on the left, and whilst we rode out the storm somewhat, it was still one-way traffic.

Balogun rattled the woodwork for a second time, and Collins had to be smart to turn away Tavernier's free-kick.

But deep into injury time, Liam Kitching turned the ball into his own net, for 3-2 and nerves were frayed, but after repelling the swathes of attacks, the Reds recorded a big win and moved off the bottom of the table. 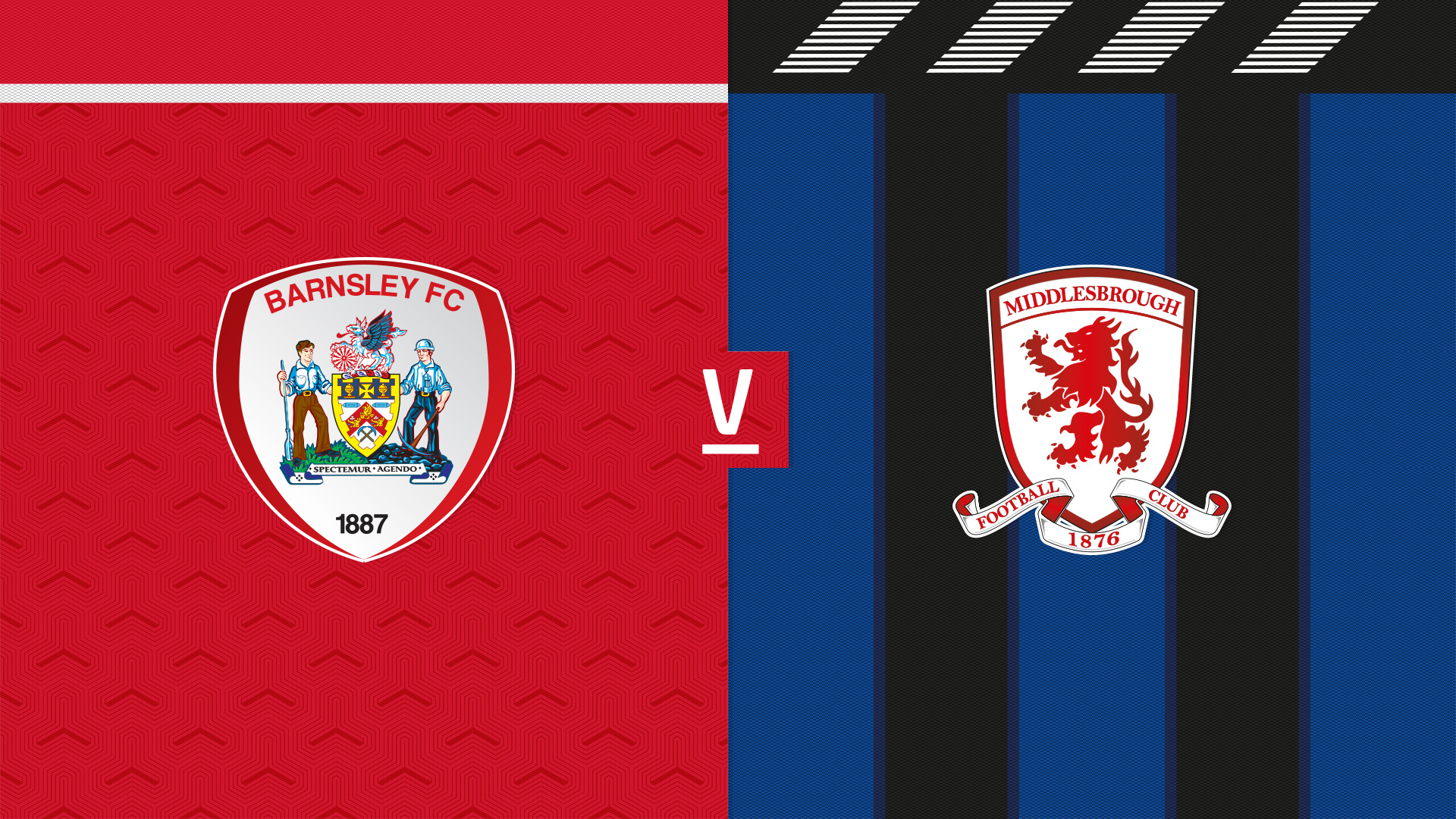 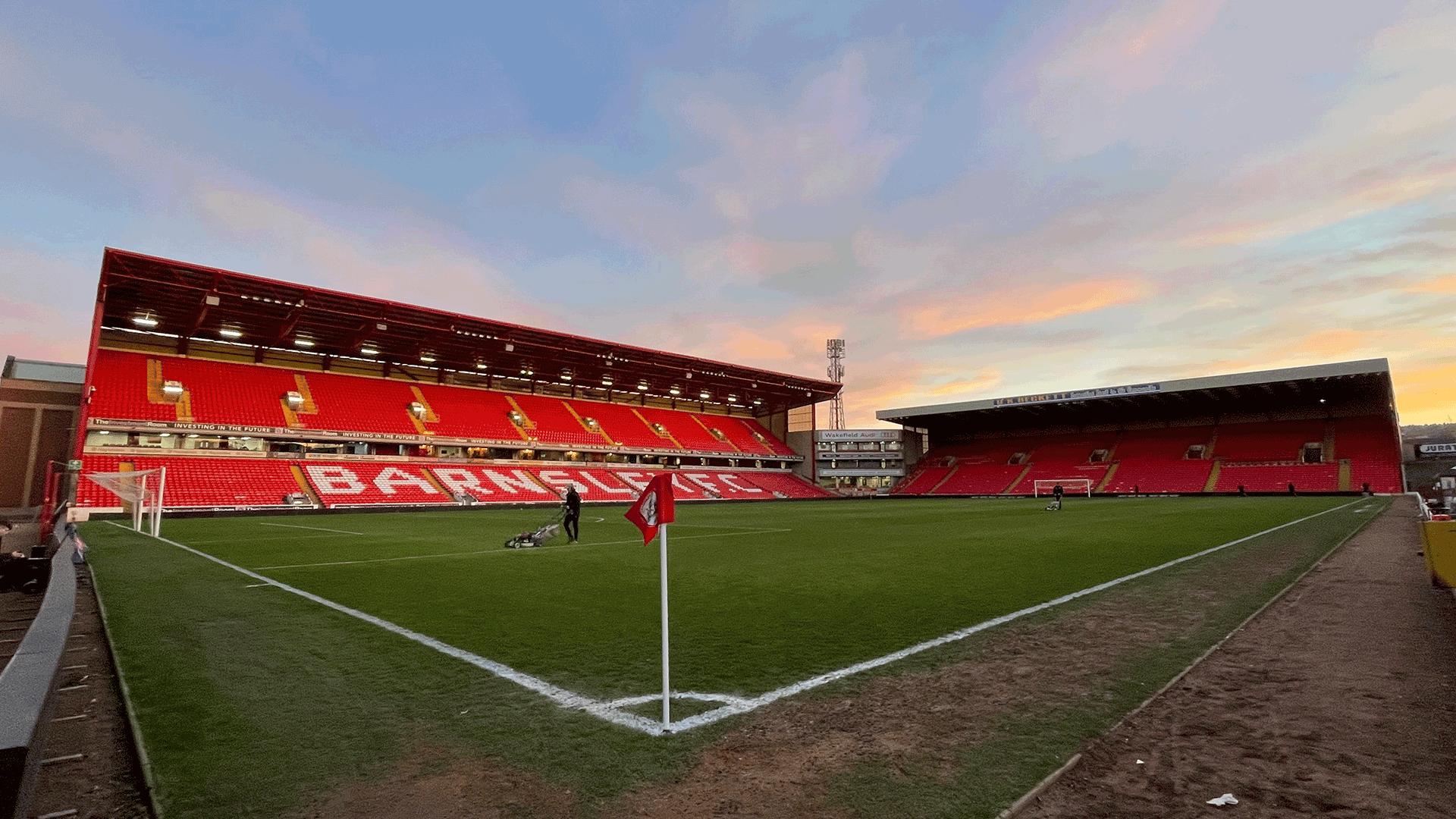