The Reds are back at Oakwell on Saturday in our final home fixture of the 21/22 Sky Bet Championship season.

It's an early kick-off this weekend as we welcome Preston North End in our penultimate league fixture of the campaign.

The Reds will entertain North End at 12.30pm on a day where both clubs will remember supporters who've passed away over the course of the season.

As is traditional at our last home fixture, our end-of-season awards will also be presented to the respective winners ahead of kick-off. 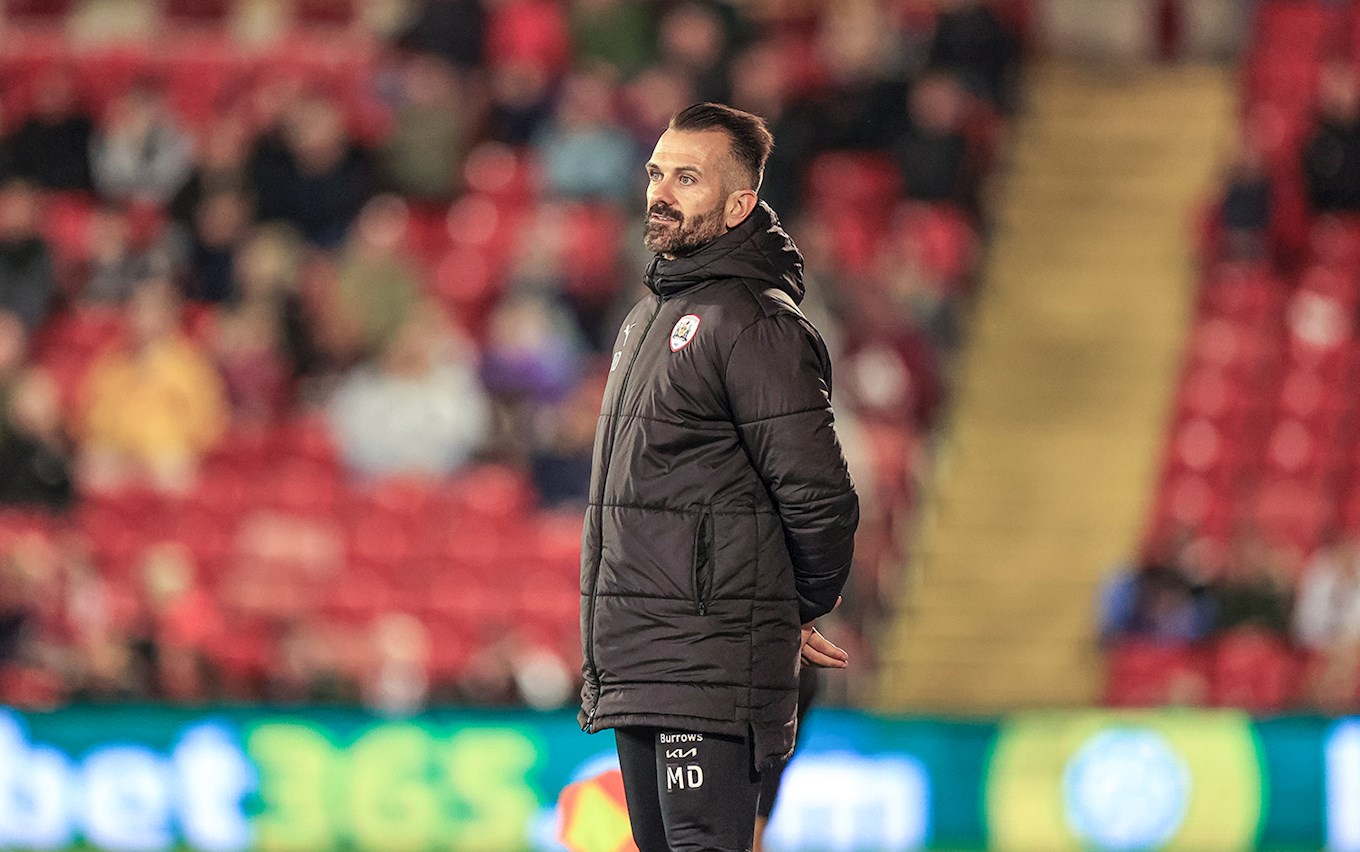 Interim Head Coach, Martin Devaney was hoping to get a reaction from the players in his first game in the dugout on Tuesday night, but sadly, against Blackpool, it was more of the same from an already-relegated Reds.

There was little in the game during the first quarter, but the visitors soon found the spaces in between the Barnsley backline and once Owen Dale had skipped through to score a terrific solo goal, there was little in reply from the home side.

The introduction of three substitutes did spark some life into the Reds' display towards the end of the game, but by then, the Seasiders were two goals to the good, with Oliver Casey steering home at the far post. 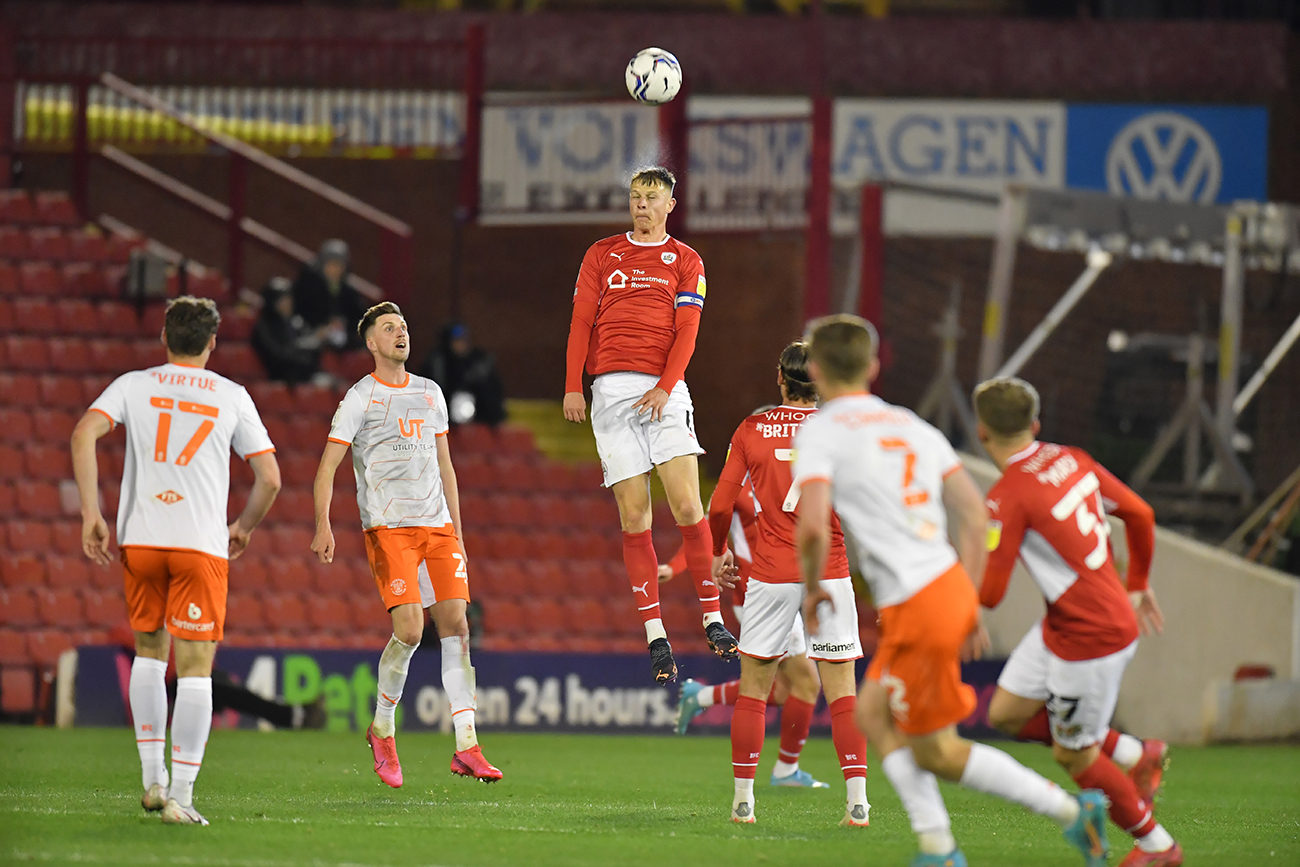 It confirmed defeat number 26 of a season that still has over a week left to run. This time last term, Barnsley were preparing for the play-offs.

Devaney had reduced options at his disposal on Tuesday evening, with all of Claudio Gomes, Amine Bassi and Domingos Quina returning to their parent clubs after their respective loan-spells were ended prematurely.

The likes of Brad Collins, Michał Helik, Aapo Halme, Jordan Williams, Josh Benson, Aaron Leya Iseka and Devante Cole were also missing, of course; all currently receiving treatment for a variety of injuries. It's unlikely that many, if any will be involved in the final two fixtures of the campaign. 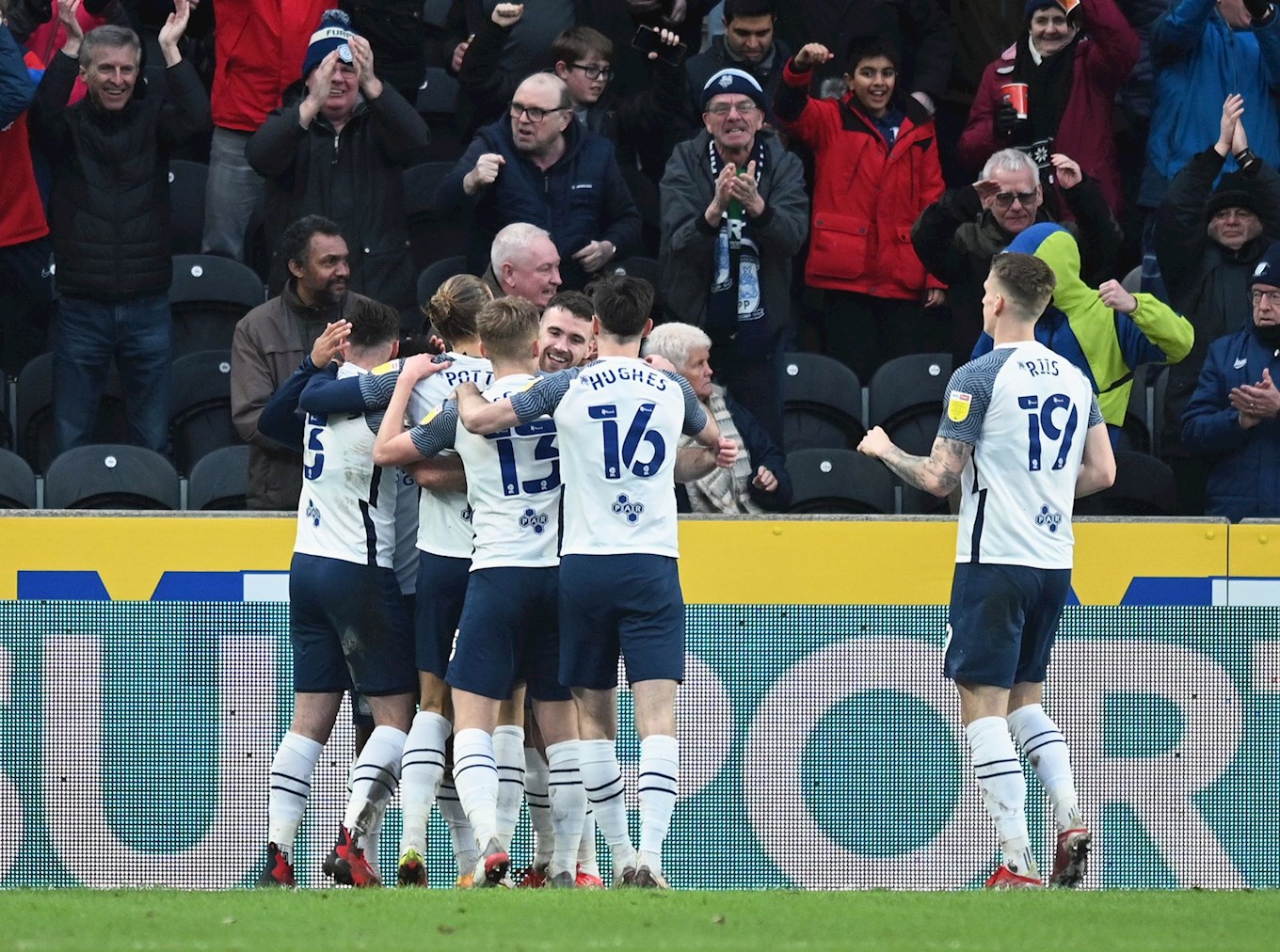 It has been a very consistently inconsistent Sky Bet Championship campaign for Saturday's final visitors to Oakwell during this 21/22 season.

North End come into this fixture having won 14 games, but they’ve lost the same amount and racked up 16 draws. Indeed, nobody has drawn more matches in the division this term, although they’ve only done so once in their last seven fixtures.

They have been defeated in their previous two games. Beaten soundly - 4-1 - at Deepdale by local rivals Blackburn Rovers on Monday, and prior to that, seen off 3-0, away at Fulham. The ‘new manager bounce’ that Ryan Lowe brought upon his appointment back in December, after replacing Frankie McAvoy soon dissipated. 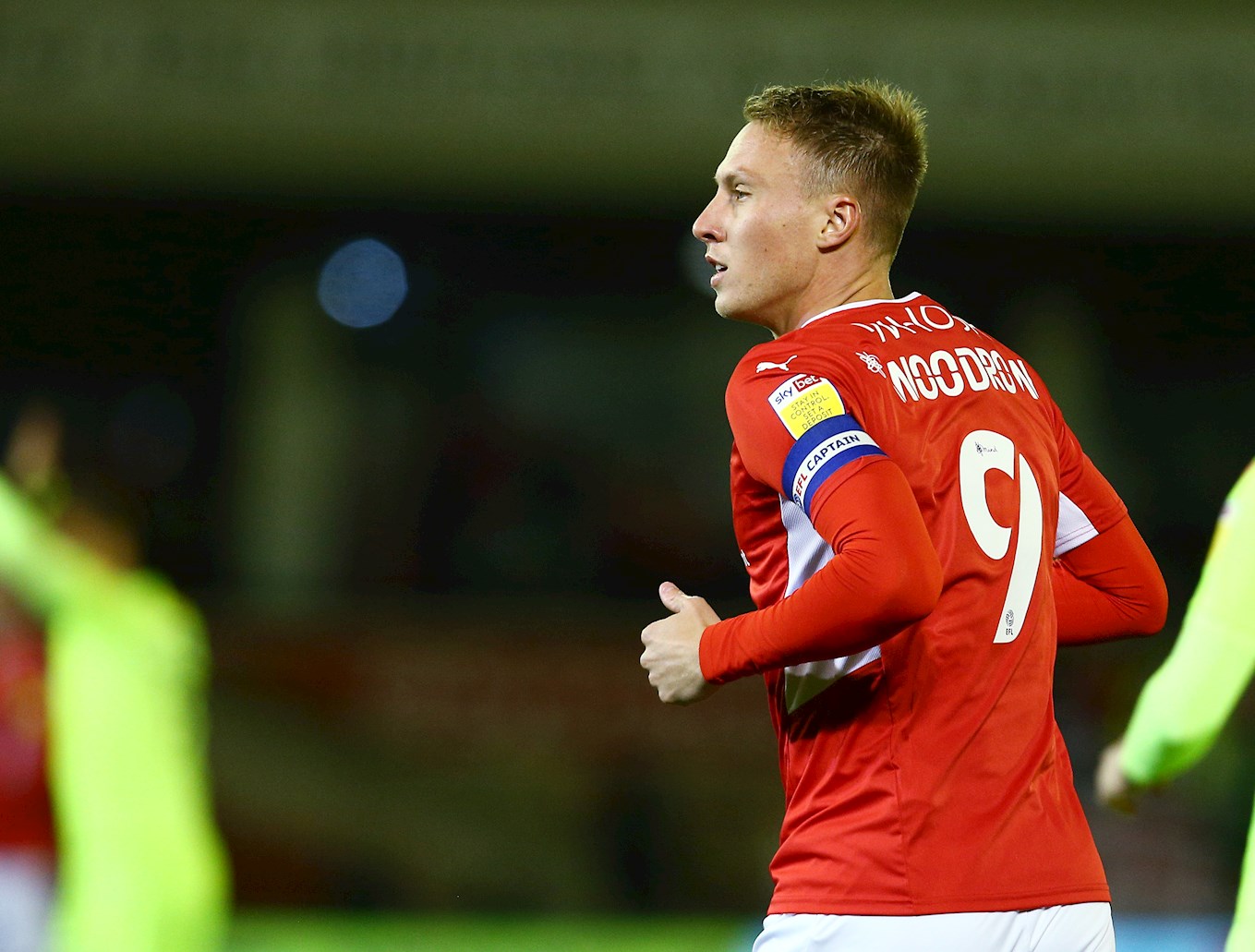 On the road, they’ve not won in their last five outings. But they did see off the Reds in what was Lowe’s first game in charge, back in December. In a game that was pretty even in the main, the Reds, who’d levelled the clash through Cauley Woodrow's header, surrendered the game as we approached the last 10 minutes, as Daniel Johnson won it at Deepdale, taking advantage of poor Barnsley defending of a set-play.

But we did edge this fixture here at Oakwell last term, coming from behind to nick a 2-1 home win when both Alex Mowatt and Victor Adeboyejo scored delightful second half efforts. That is, however, our only home win in this fixture in the last 10 years. 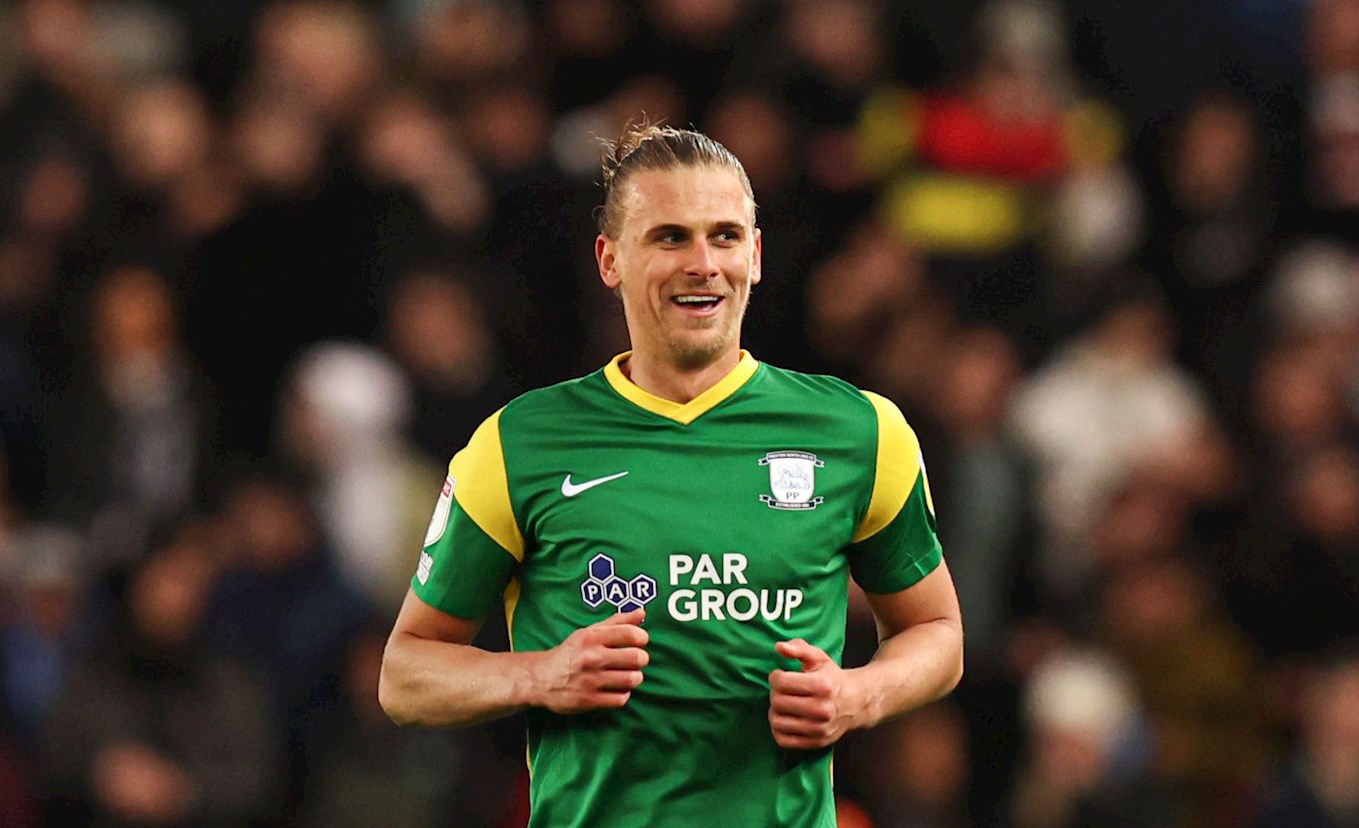 There are three very familiar faces in the PNE squad visiting Oakwell this afternoon. Defenders Liam Lindsay and Bambo Diaby are joined by midfielder Brad Potts, who all had recent spells here in South Yorkshire.

Saturday's man in the middle will be David Webb. The Lancashire-based referee was also here at Oakwell for our 2-0 win over Bristol City last month. 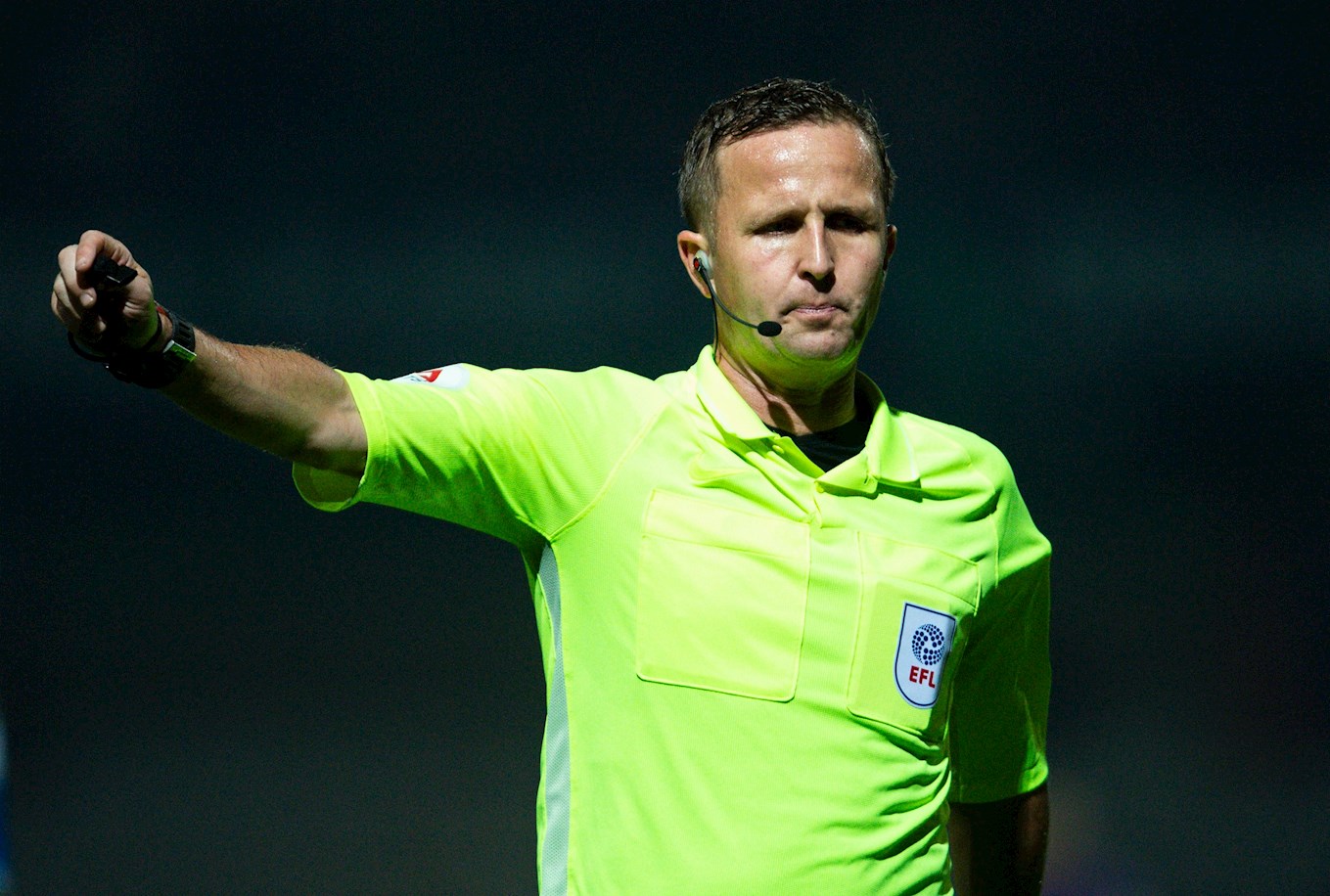 The game against the Lilywhites will be broadcast live in the UK and overseas on iFollow Barnsley. 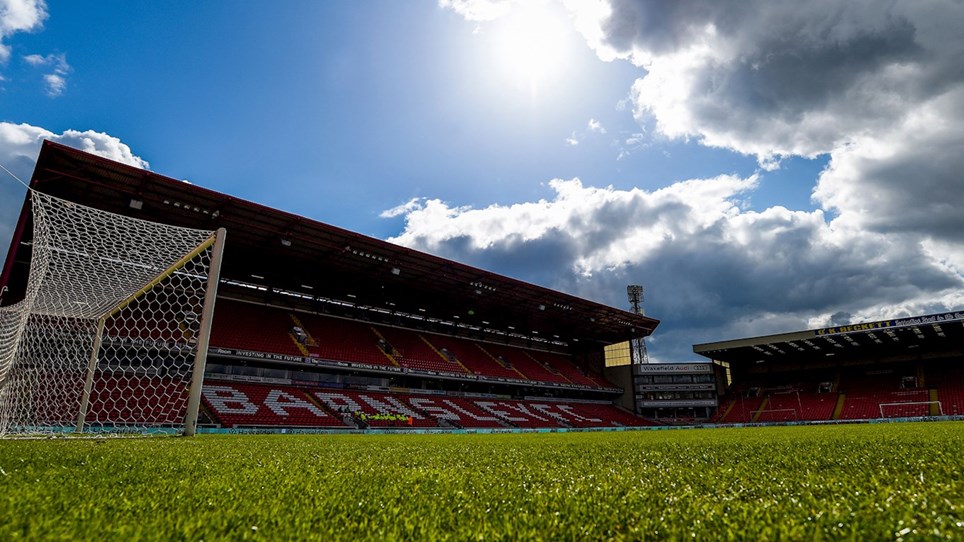 Barnsley fell to a fourth straight defeat in their penultimate Sky Bet Championship fixture of the season.

In what was a much-changed starting XI fielded by interim head coach, Martin Devaney, the Reds were second best in the opening stages, and debutant central defender Jason Sraha had to be alert on a number of occasions to deny the visitors.

But the young-looking Reds took the lead against the run of play as Barnsley-born forward Aiden Marsh was on-hand inside the box to slam home a left-footed strike after great initial play on the right wing by Victor Adeboyejo.

That lead lasted just five minutes, however, as Johnson struck a low effort into the opposite corner of Jack Walton's goal from the left edge of the box.

Captain for the day, Carlton Morris, took on a shot, on the half-turn which stung the palms of Preston 'keeper Daniel Iversen before Ben Whiteman rattled the Barnsley crossbar in response.

Walton then had to be smart in stoppage time at the end of the first half to deny Patrick Bauer's diverted header, a fine reaction save down low at his near post.

Early in the second half the visitors took a lead which their play had warranted when Johnson scored his sixth goal in five appearances against the Reds, and what a wonderful goal it was.

The former Aston Villa man bent a powerful effort right into the top left-hand corner of Walton's net, after Barnsley players failed to close him down, 20 yards out.

Riis Jakobsen would add gloss to the finish, but not before he was denied one-on-one by Walton, who'd had a fine afternoon on a personal level.

The Danish striker did get it right soon after when he took the ball around Walton on this occasion before sliding into an empty net, albeit from the most acute of angles.

Barnsley saw all of Callum Styles, Matty Wolfe and Morris try their luck in the dying stages, but as has proven the case over the course of the season, the Reds' inability to finish was more than evident.

Defeat then, in our final Oakwell clash of this disappointing campaign. 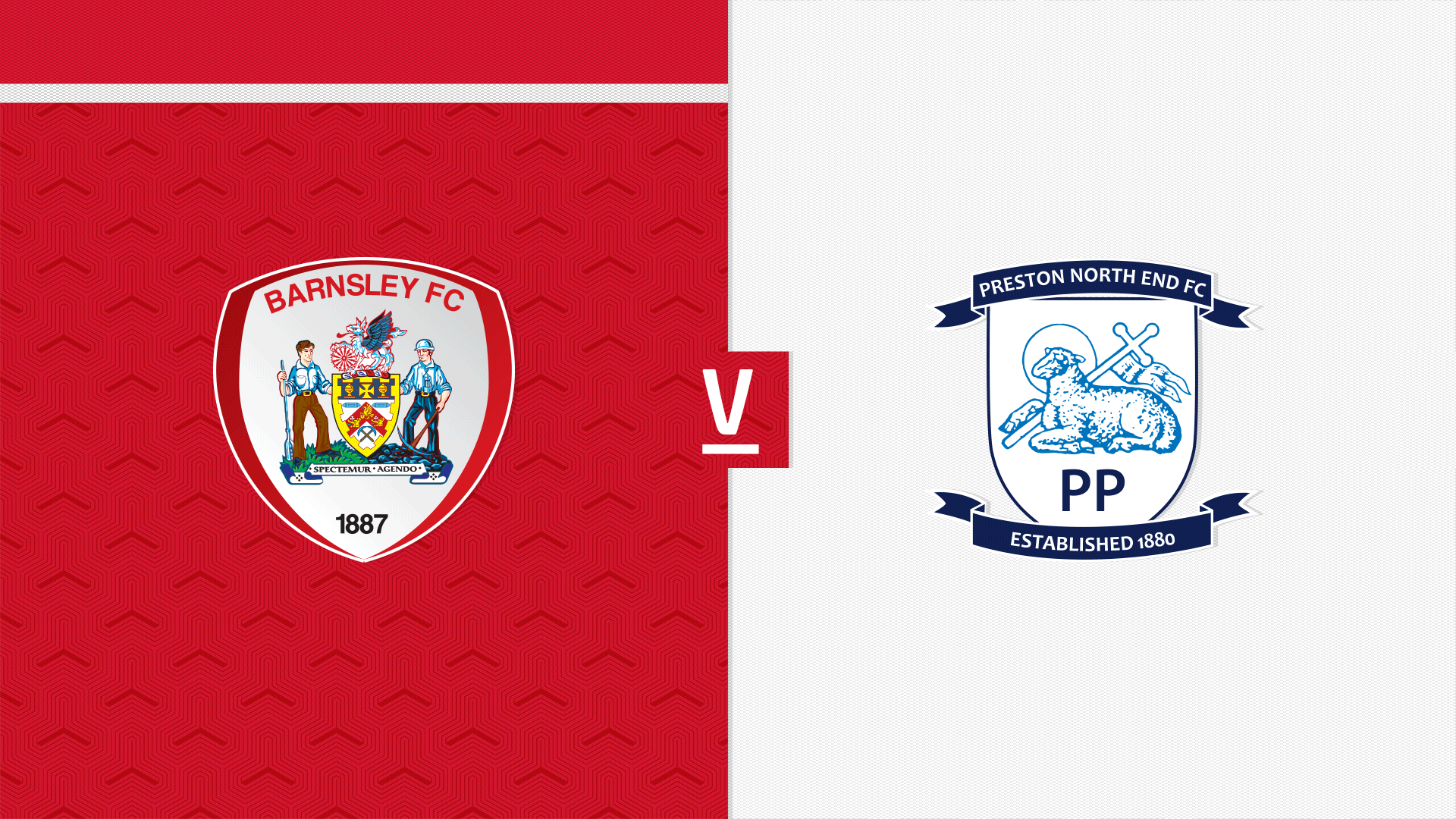 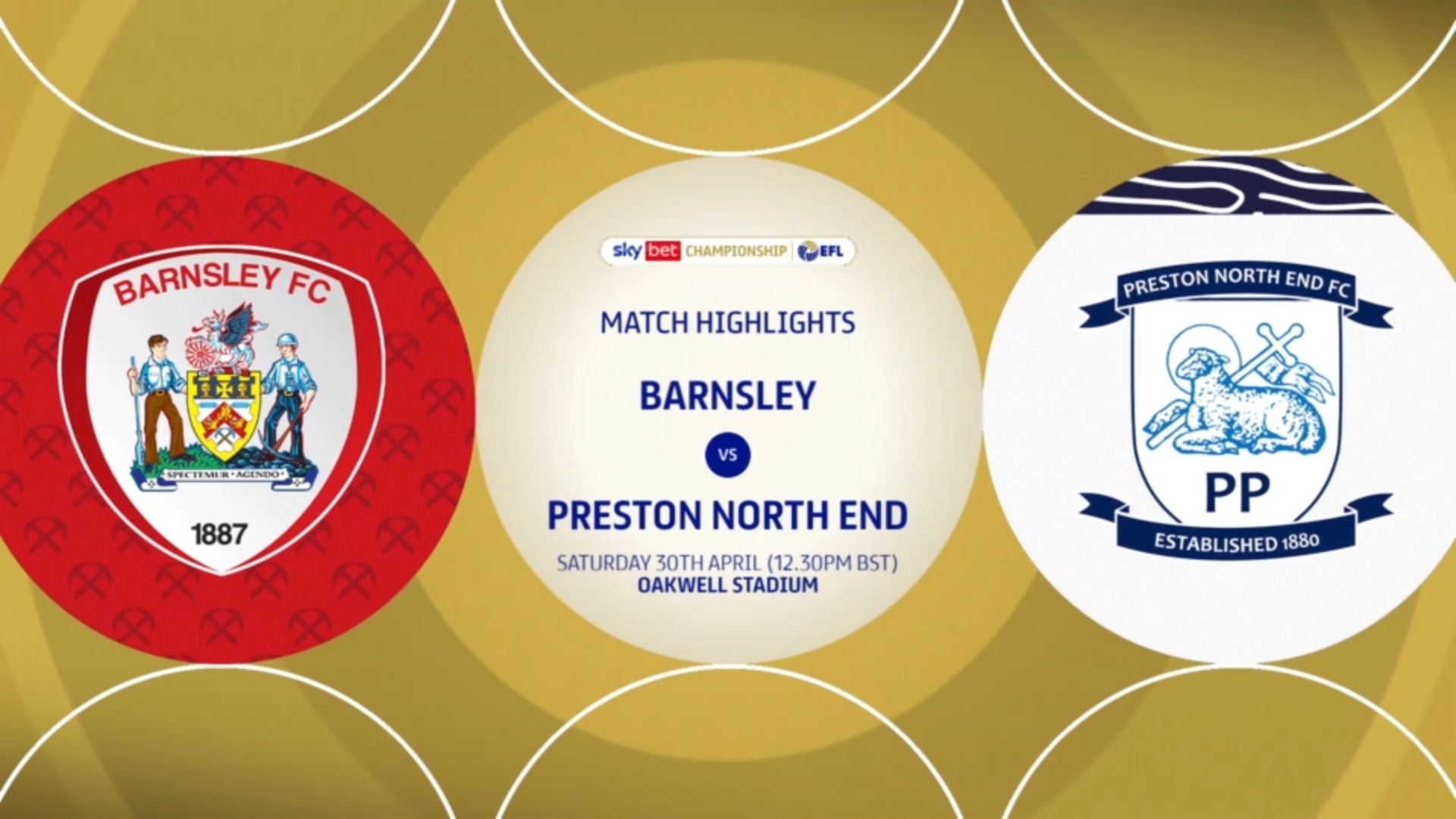 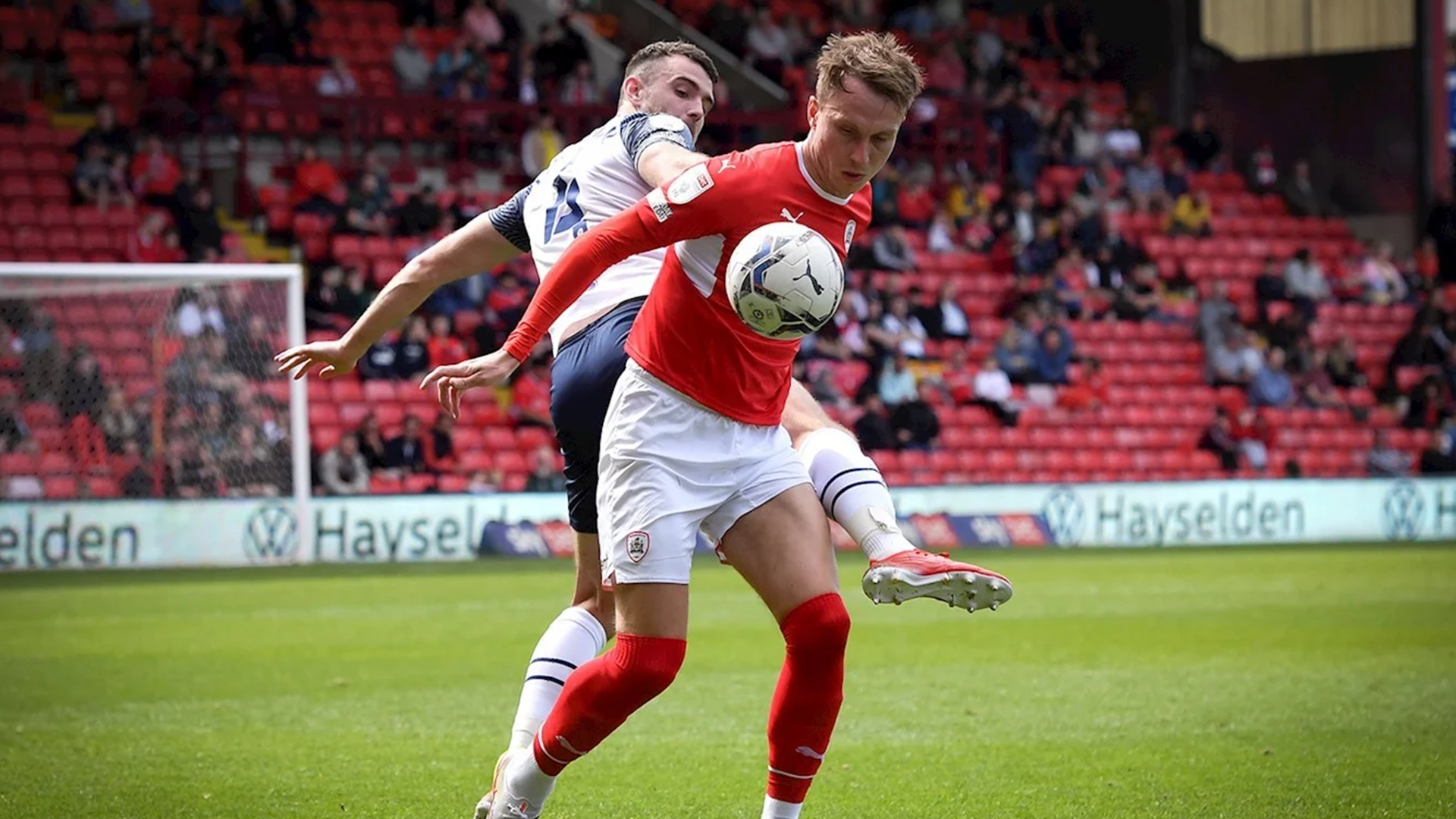