We're back in action on Easter Monday, as Peterborough United visit Oakwell in a 3pm Sky Bet Championship kick-off.

The Reds' second tier status is hanging by a thread, after a not-so-good Friday collection of results that left us bottom of the division.

Despite a spirited showing in South Wales against an in-form Swansea City outfit, only a point was picked up whilst all three of Reading, Peterborough and Derby County earned victories.

That left the Reds 24th in the Sky Bet Championship table, and 10 points adrift of Reading in 21st, with just 15 points left to play for. 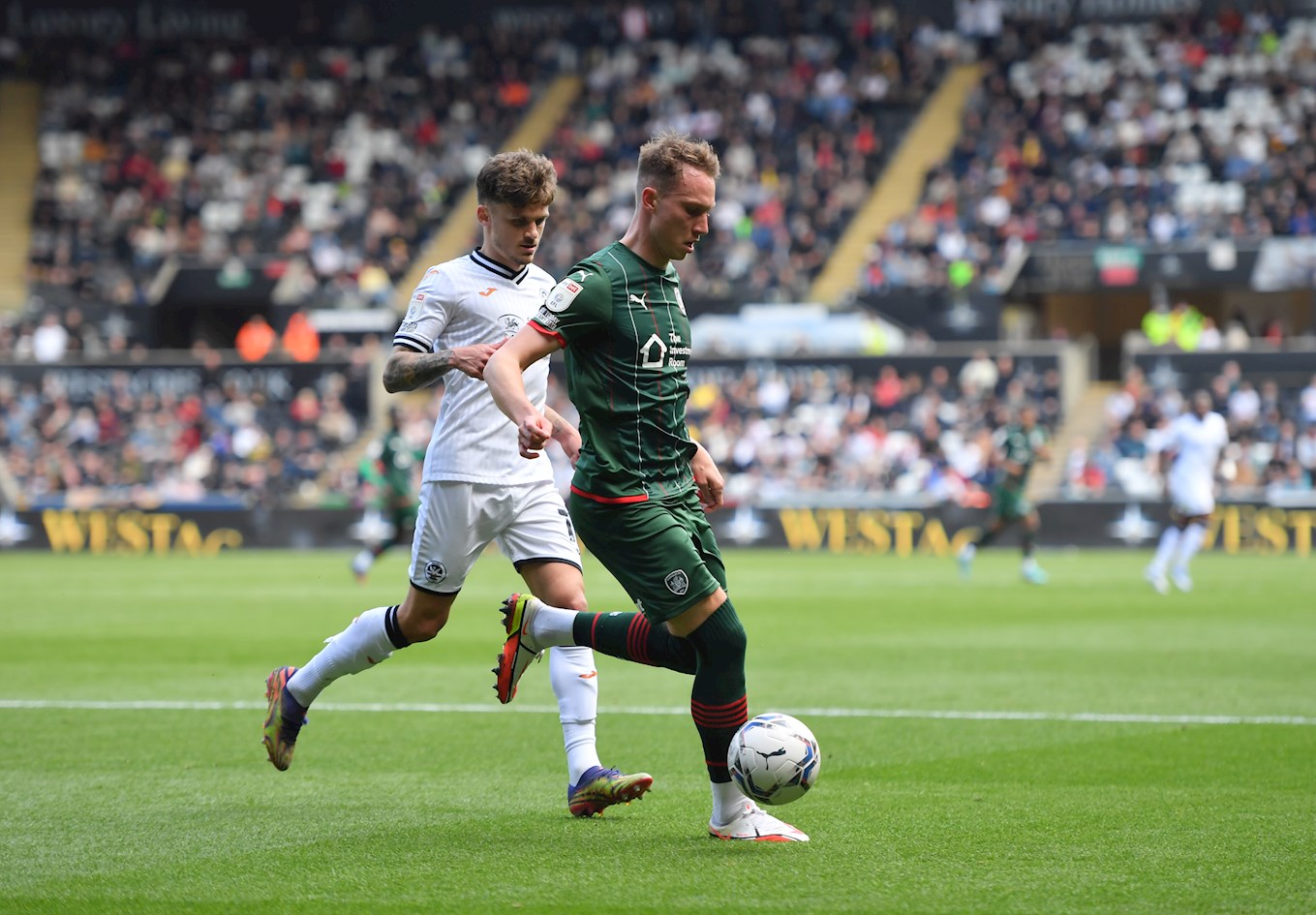 The 'great escape' has now become a 'monumental escape'. But realistically, it's looking like a return to the third tier for Barnsley.

If we can string five straight wins together, then you never know. But the Reds have won just six league games all season and each of Reading, Derby and Peterborough are in much better form than we are going into this final run of fixtures.

The Good Friday performance at Swansea was arguably one of our best displays of the campaign. But it still merited just a single point. Forging ahead after half-time, and deservedly so thanks to Claudio Gomes' first strike of the season, the hosts hit back quickly when Olivier Ntcham scored from range. 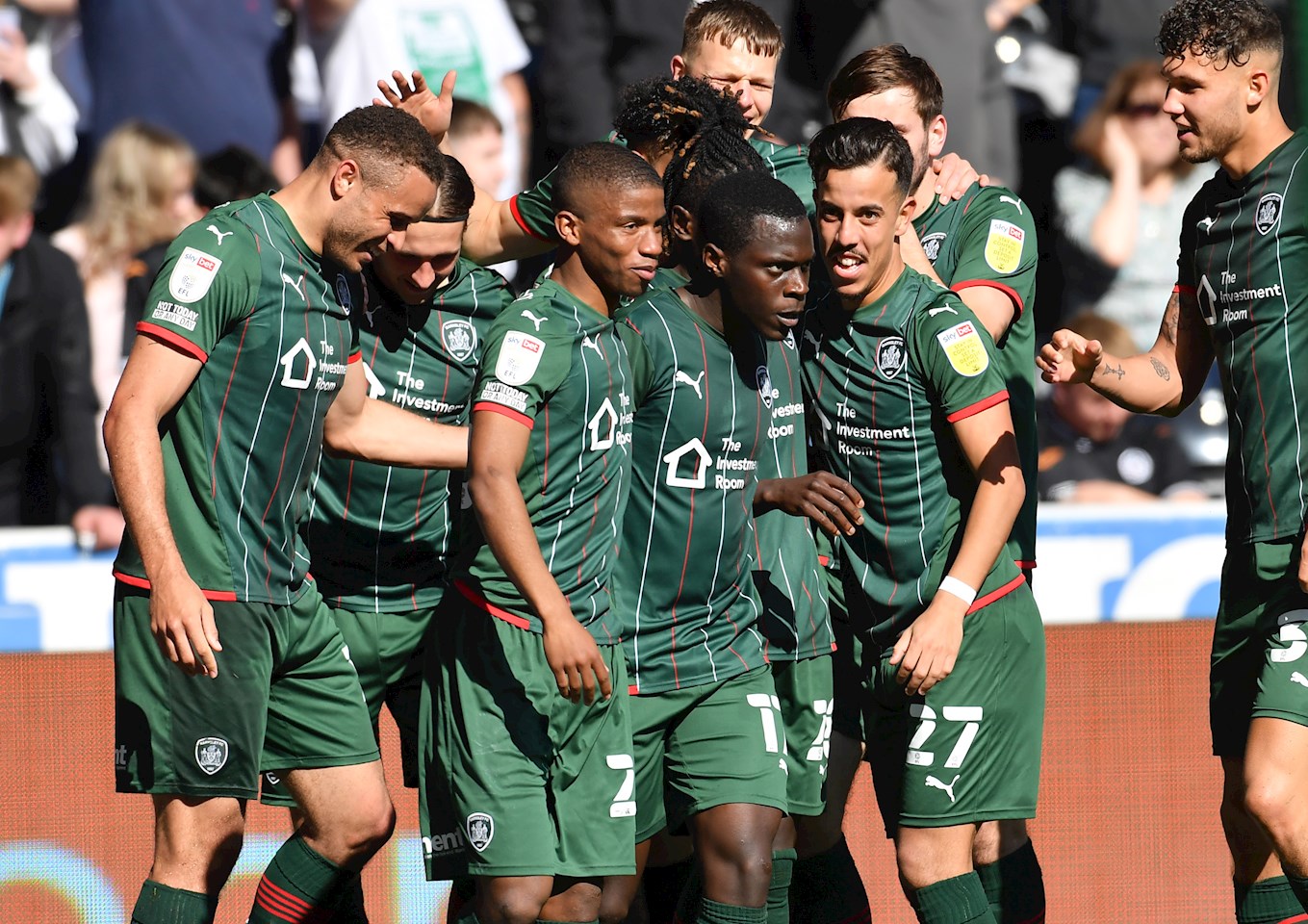 Our limp display at Millwall six days earlier, reminscent of many away days this season, is the reason we are where we are. Because as much as our performances on home soil have improved under Poya Asbaghi, he hasn't found a cure for our travel sickness.

The Swansea draw was the latest game we've failed to win despite going ahead in. If we'd held out on Friday, and against all of Stoke City, Fulham and Reading, we'd be eight points better off and entering Monday's clash with Posh with everything to play for.

Unfortunately, we go into the fixture knowing we could well be relegated by 5pm, if we lose and other results go against us. 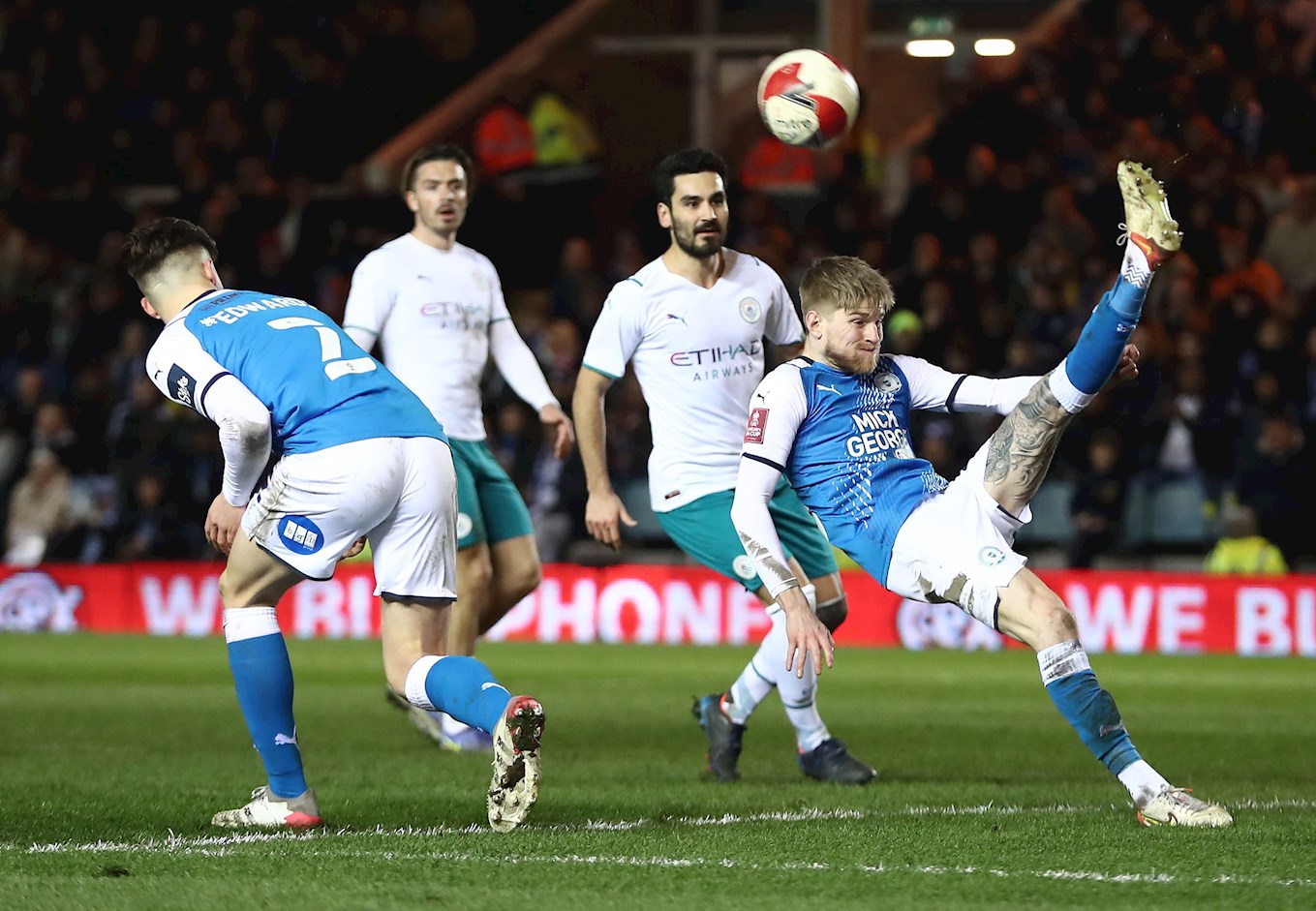 Our visitors to Oakwell on Monday are a point better off than we are, but have played a game more than the Reds. If we beat them, they're all but relegated, regardless of other results.

It's been a tough season back in the Championship for the side now led - for a second time - by Grant McCann. The Northern Irishman, who once had a playing spell here in South Yorkshire, has already overseen a victory at Oakwell this term, as manager of Hull City back in November. 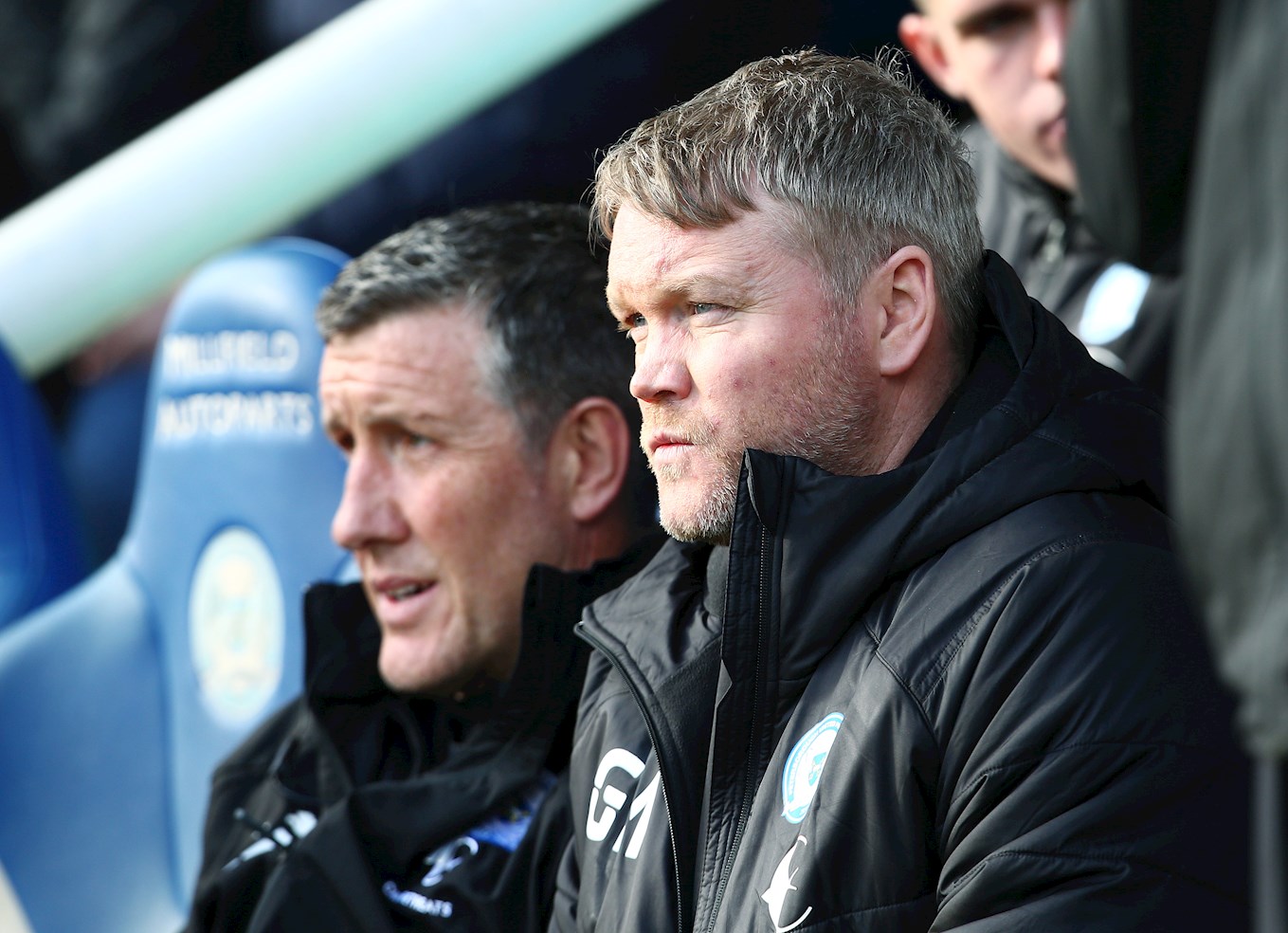 And since taking over at London Road in February, he's definitely improved results for the ailing club. They've lost just one of their last five games, with two wins in there, showing they're at least going down fighting.

Experienced forwards Jonson Clarke-Harris and Jack Marriott have 15 goals between them. Another one with decent pedigree is 29-year-old midfielder and captain, Oliver Norburn whilst teenage defender Ronnie Edwards, an England youth international continues to impress. 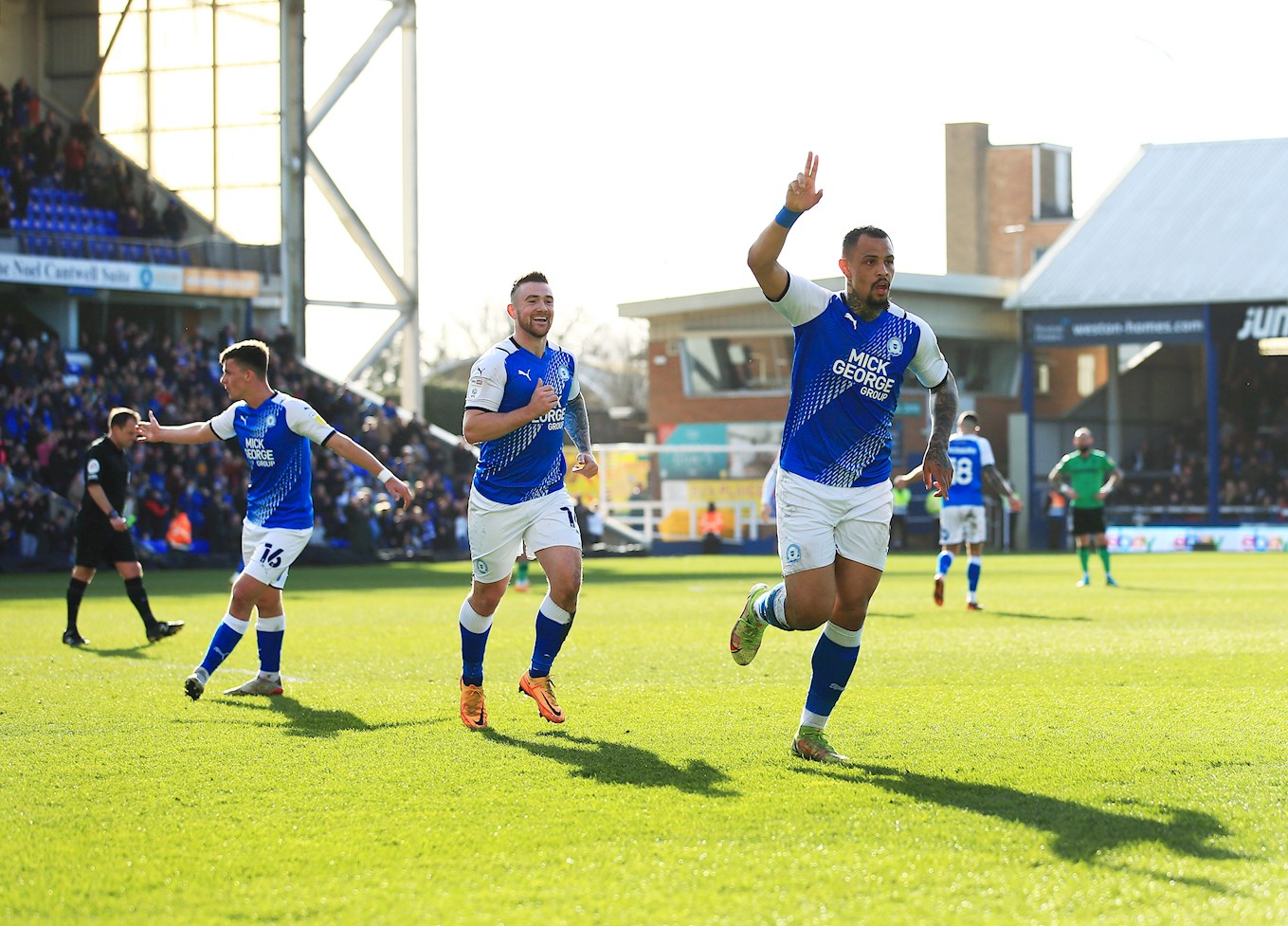 In our first meeting, back in November, the game ended goalless with both sides missing presentable chances to take away what would have been a huge three points, in a game that was interrupted by floodlight failure.

The Reds haven’t lost in this fixture at Oakwell in 10 years. In our last encounter here in South Yorkshire, the promotion-winning side of 2018/19 won out 2-0 against Posh, with Cauley Woodrow and Alex Mowatt on target. 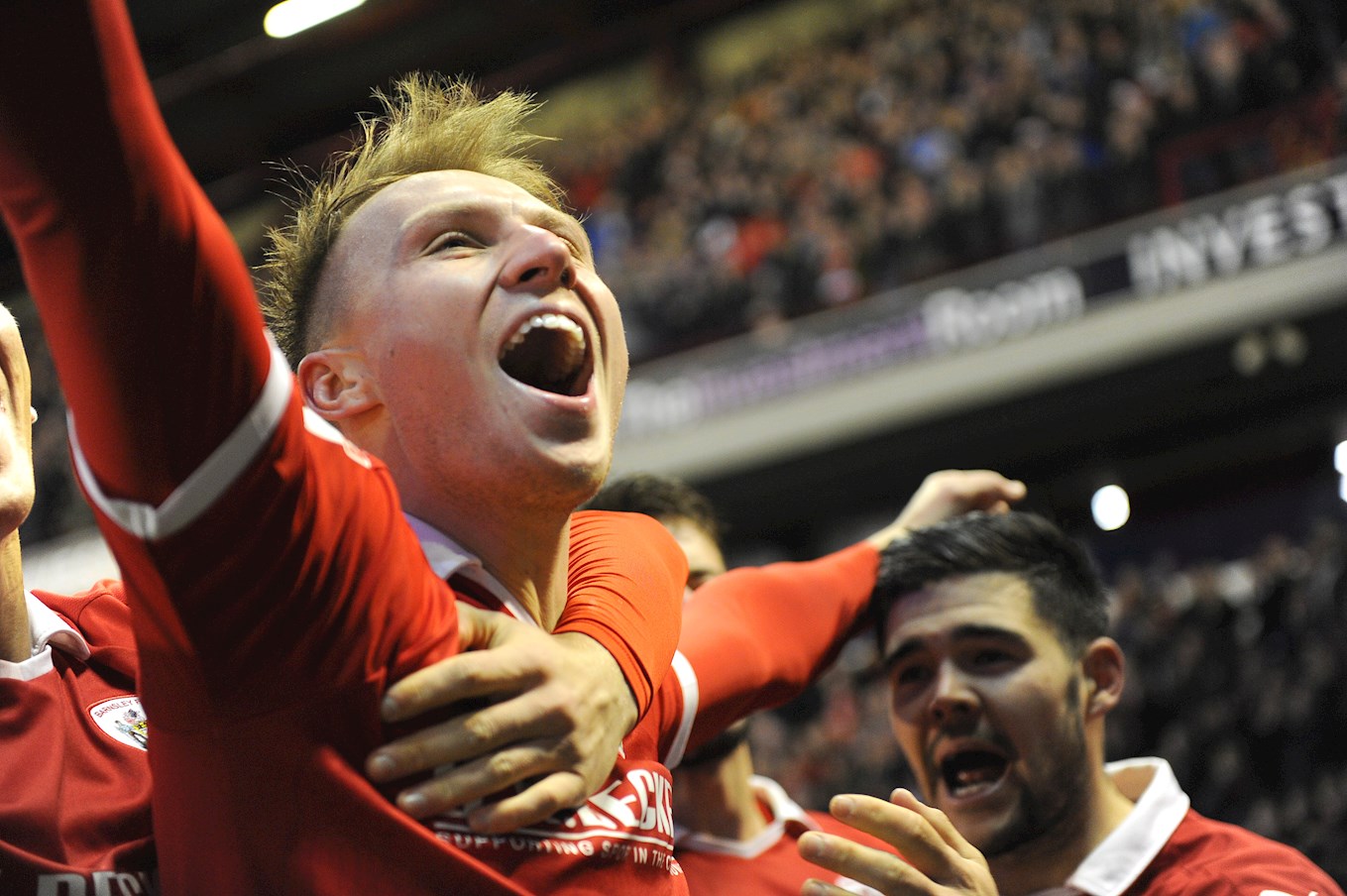 On Monday, our man in the middle will be Darren Bond. It's the Lancashire official's first Reds fixture since March of last year, when he oversaw our 3-1 win away at Wycombe Wanderers, where he wrongly sent off Alex Mowatt, a decision that was later overturned.

His last Oakwell visit came a month prior to that, when he was referee for our 2-0 home win over Stoke City. 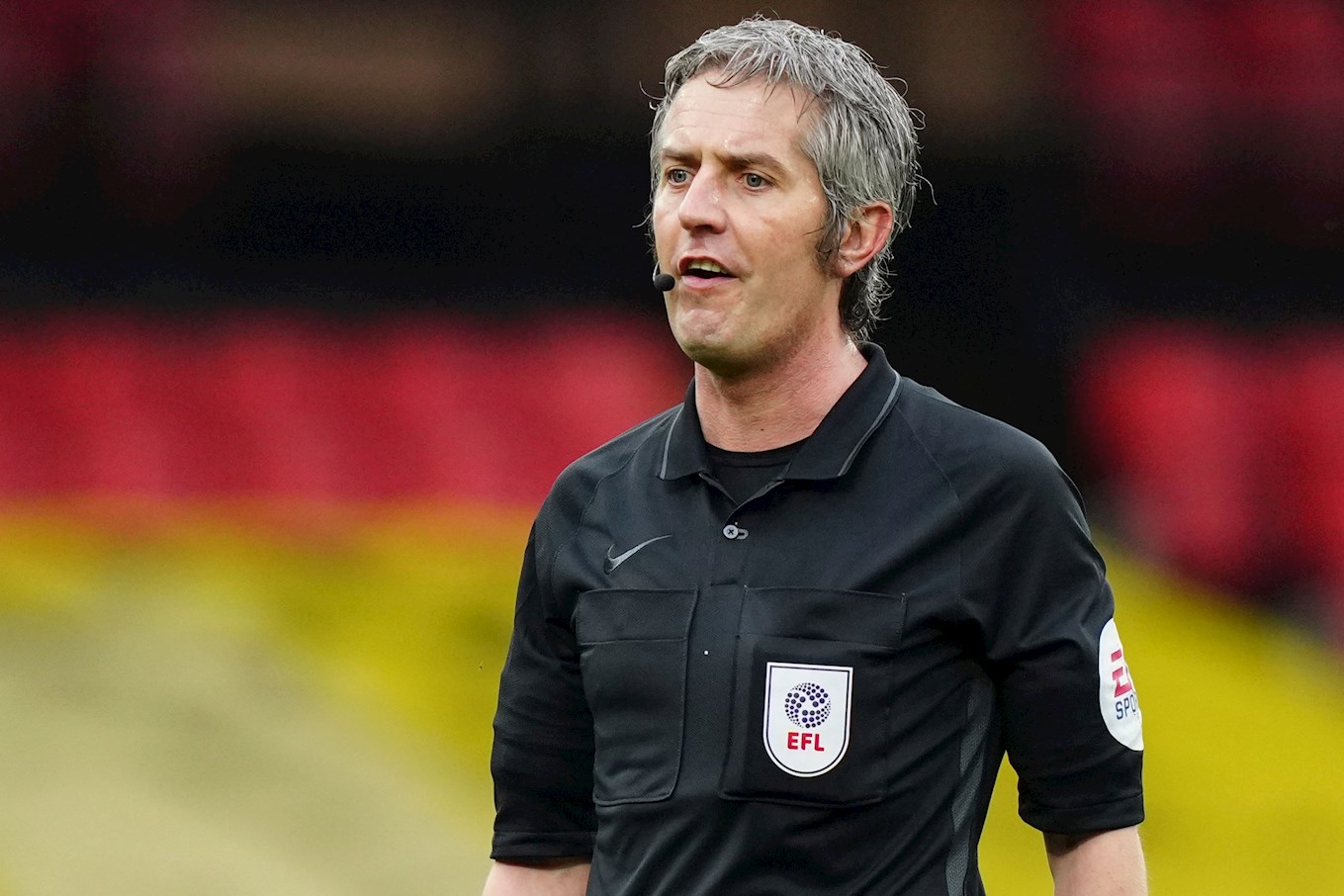 The Reds' survival hopes were left hanging by a thread following an Easter Monday loss against relegation rivals Peterborough United.

A Posh goal in either half condemned Barnsley to a first home defeat in seven and leaves the Reds hoping for a miracle in terms of retaining their second tier status.

The afternoon had begun quite promisingly, when inside the opening 60 seconds, Domingos Quina fired against the crossbar, before Romal Palmer ghosted into the box and forced Posh 'keeper David Cornell into a smart save, low down to his right.

Callum Styles was next to work room just outside the box and test Cornell, but his shot was straight at the visiting goalkeeper. But Cornell was worked a lot more soon after as he acrobatically tipped Carlton Morris' header onto the bar and out of play.

It seemed a matter of time before Barnsley forged ahead, but the away side grew into the contest and and Joe Ward was slipped in expertly down the right by Jack Marriott and Reds' stopper Jack Walton did well to deny the wide man with his legs.

And on 25 minutes, Peterborough snatched the lead when the Reds failed to maintain possession in midfield, the ball was worked into the box to the left where Marriott pounced with a clinical finish to Walton's right.

The interval saw Cauley Woodrow introduced for Rémy Vita and a change in system for Poya Asbaghi's side, as they looked to get back into the game.

Barnsley went close inside the opening stages of the second period when Woodrow played Styles in, one-on-one with Cornell but a great defensive challenge scuppered that opportunity, and then Morris was thwarted by Cornell on the follow-up.

Woodrow shot straight at the goalkeeper from just inside the box, whilst more desperate Posh defending saw all of Quina, Morris and Amine Bassi denied by last-ditch sliding challenges inside the penalty area.

On 75 minutes, Posh doubled their lead. A corner kick that was well won by substitute Ricky-Jade Jones was floated into the six yard box, and Frankie Kent rose unopposed to nod into the bottom corner and kill any lingering hopes of a Reds comeback.

There was another nearly moment for Morris who looked almost certain to pull a goal back but was somehow denied once more by the impressive Cornell in the United goal.

Barnsley are now 11 points adrift of safety with 12 left to play for. 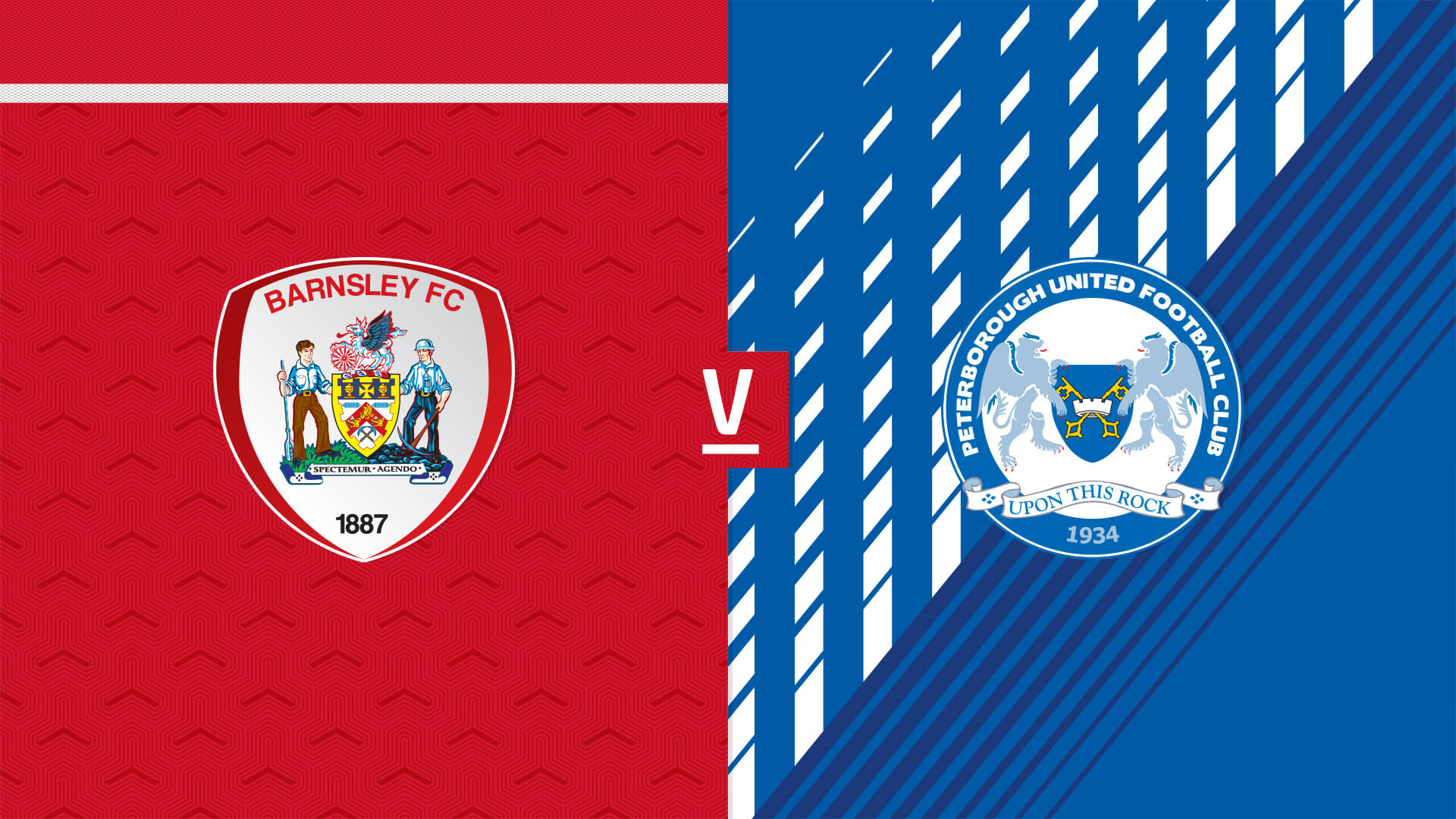 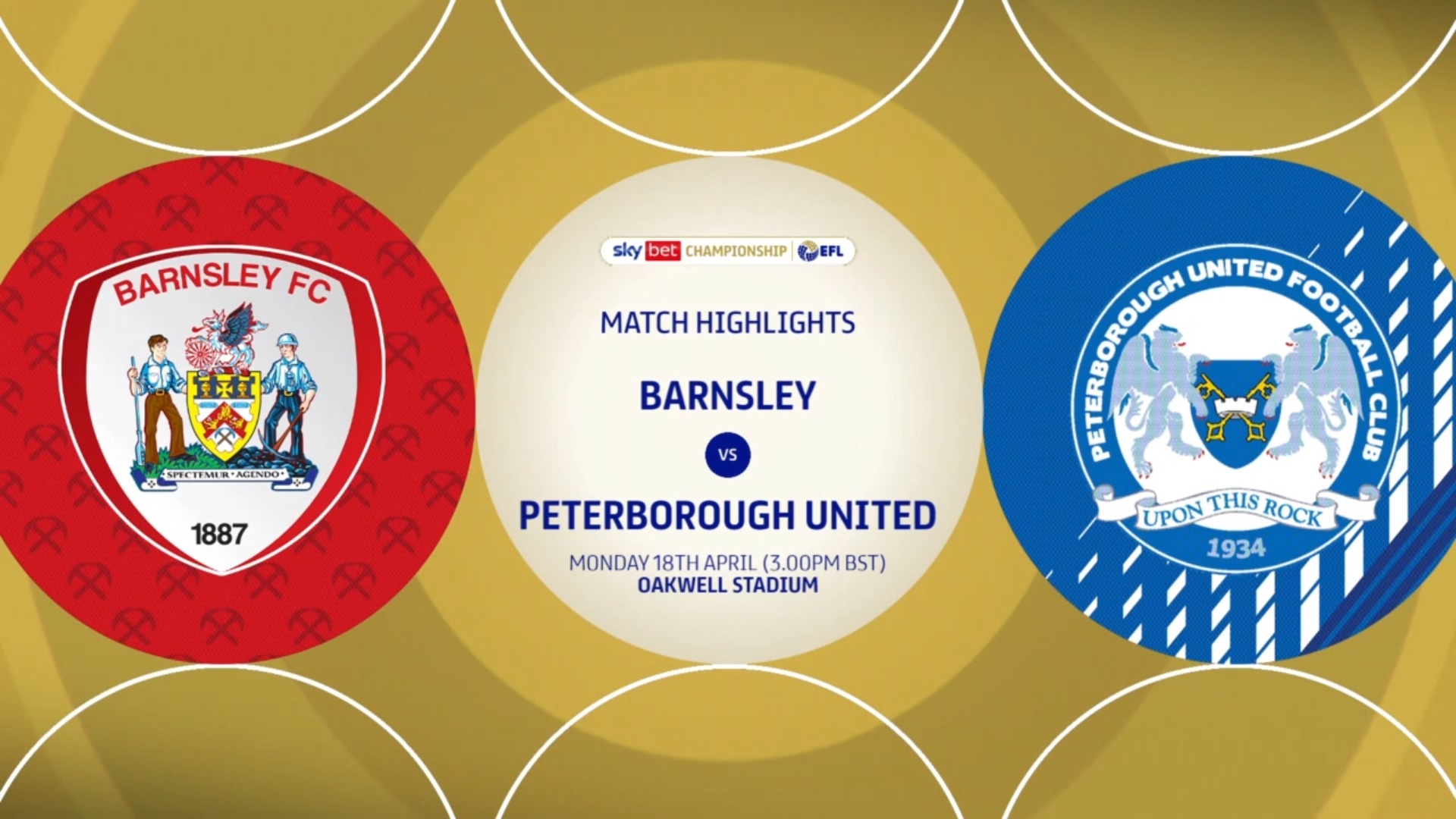 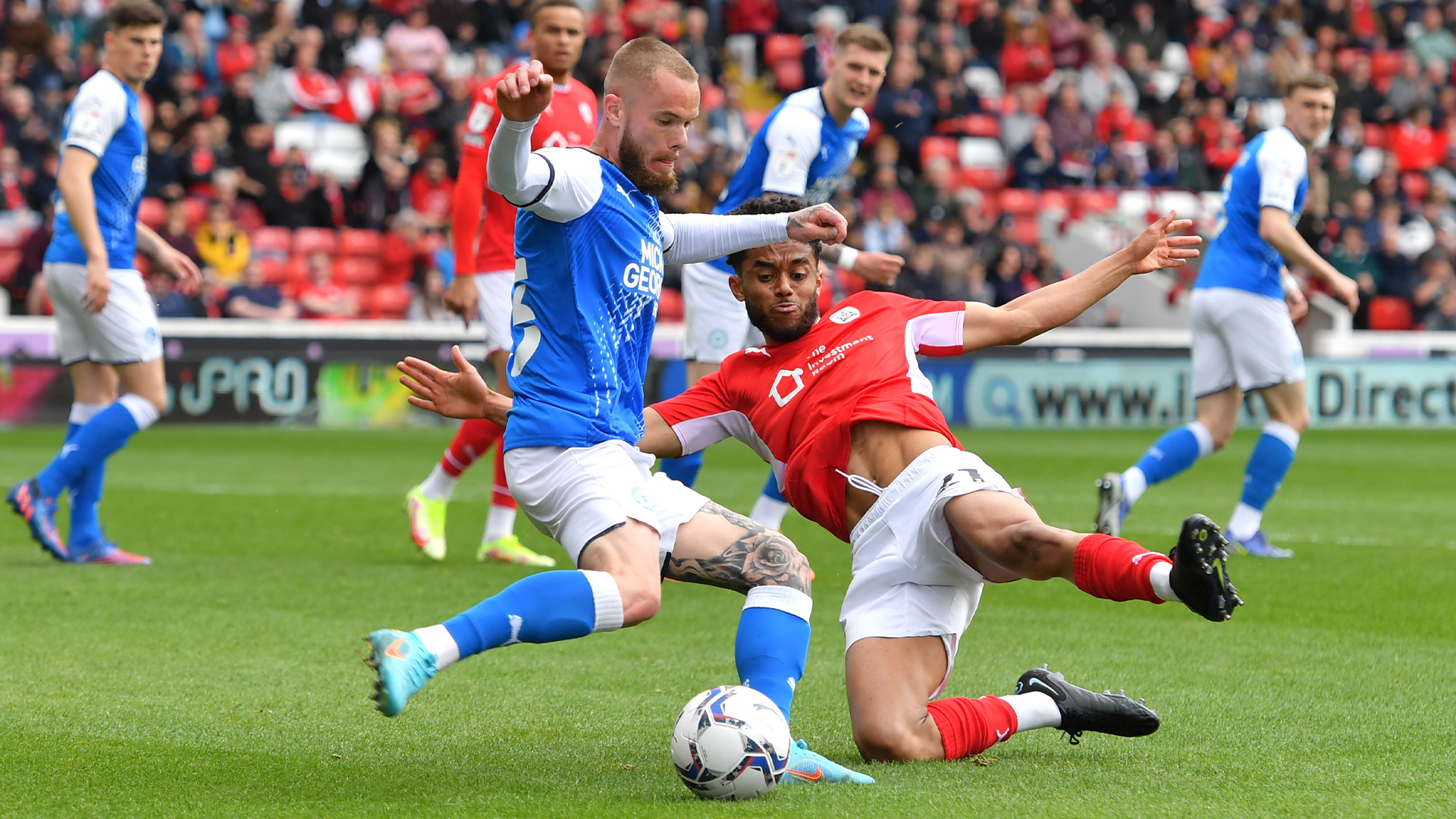