The Reds welcome the Tangerines to Oakwell on Tuesday night, as life as an already-relegated side begins.

It's all about pride for the next couple of weeks, in terms of this challenging 21/22 Sky Bet Championship campaign for Barnsley.

Pride in the shirt. Professional pride. Making the fanbase proud.

A failure of a season was finally capped off last Friday evening, live on TV away at a local rival. Another insipid Reds display ending in defeat. 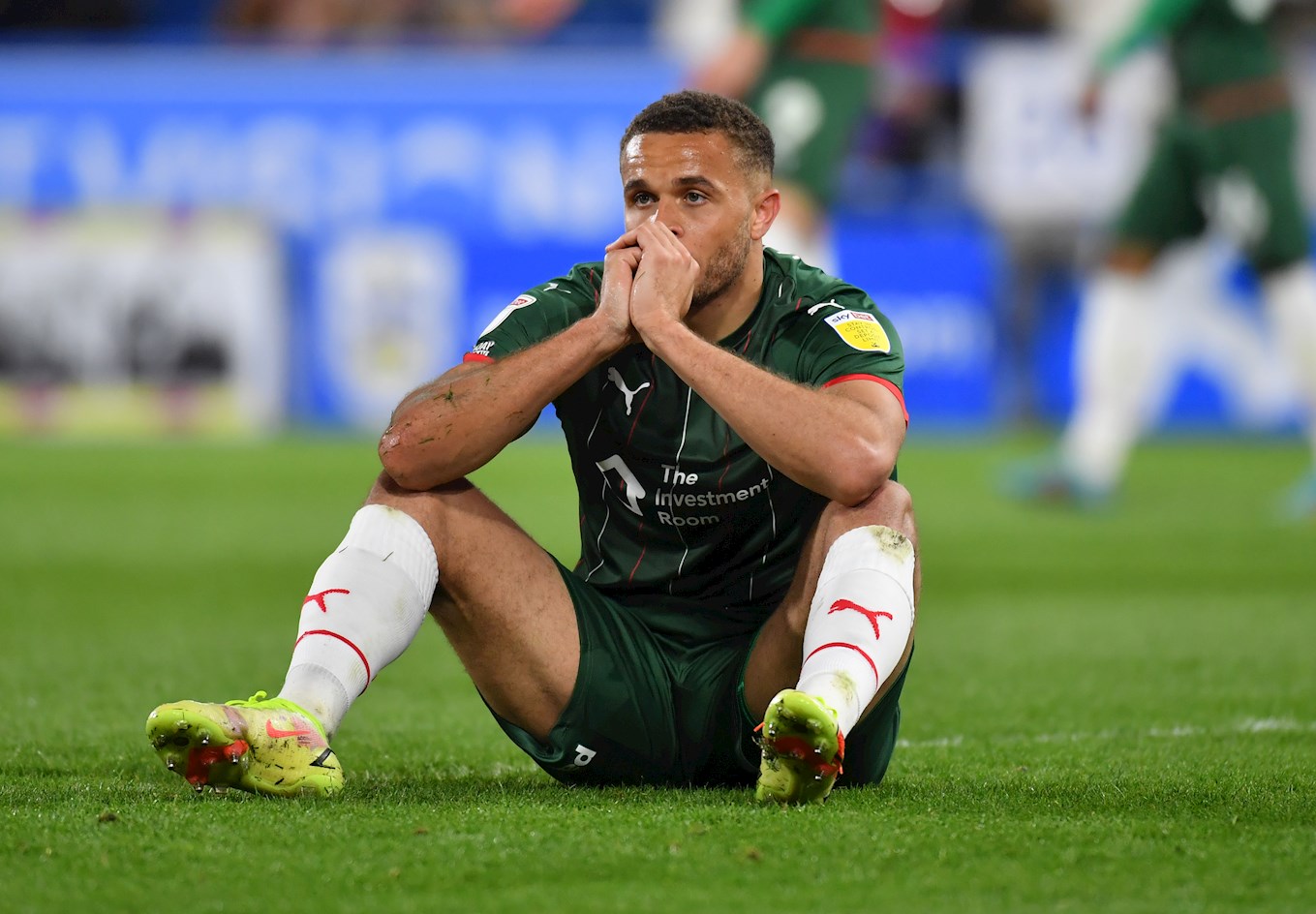 We barely laid a glove on Huddersfield Town at the John Smith's Stadium. An opponent who are going to take part in the promotion play-offs were rarely out of second gear, coasting against a Barnsley side who have sadly capitulated since a promising February and March that had us wondering if yet another escape act was on the cards.

That 2-1 defeat in Kirklees was our 25th reverse of a sorry season. Just six wins from 43 fixtures. One of the worst campaigns in our illustrious and proud 135-year history. Off the back of one of our very best, makes it harder to stomach.

Two head coaches failed to get a tune out of a squad that - by and large - was very similar to the one which last term finished 5th, a whopping 48 points better off than we are at present.

But the time for reviewing a difficult season and plotting a revival is to come. For now, we have three games remaining and pride restoration on the agenda.

The second head coach has now followed the first, with Poya Asbaghi and the Club mutually ending that particular tenure. The Swede departed after Friday night's loss against the high-flying Terriers. 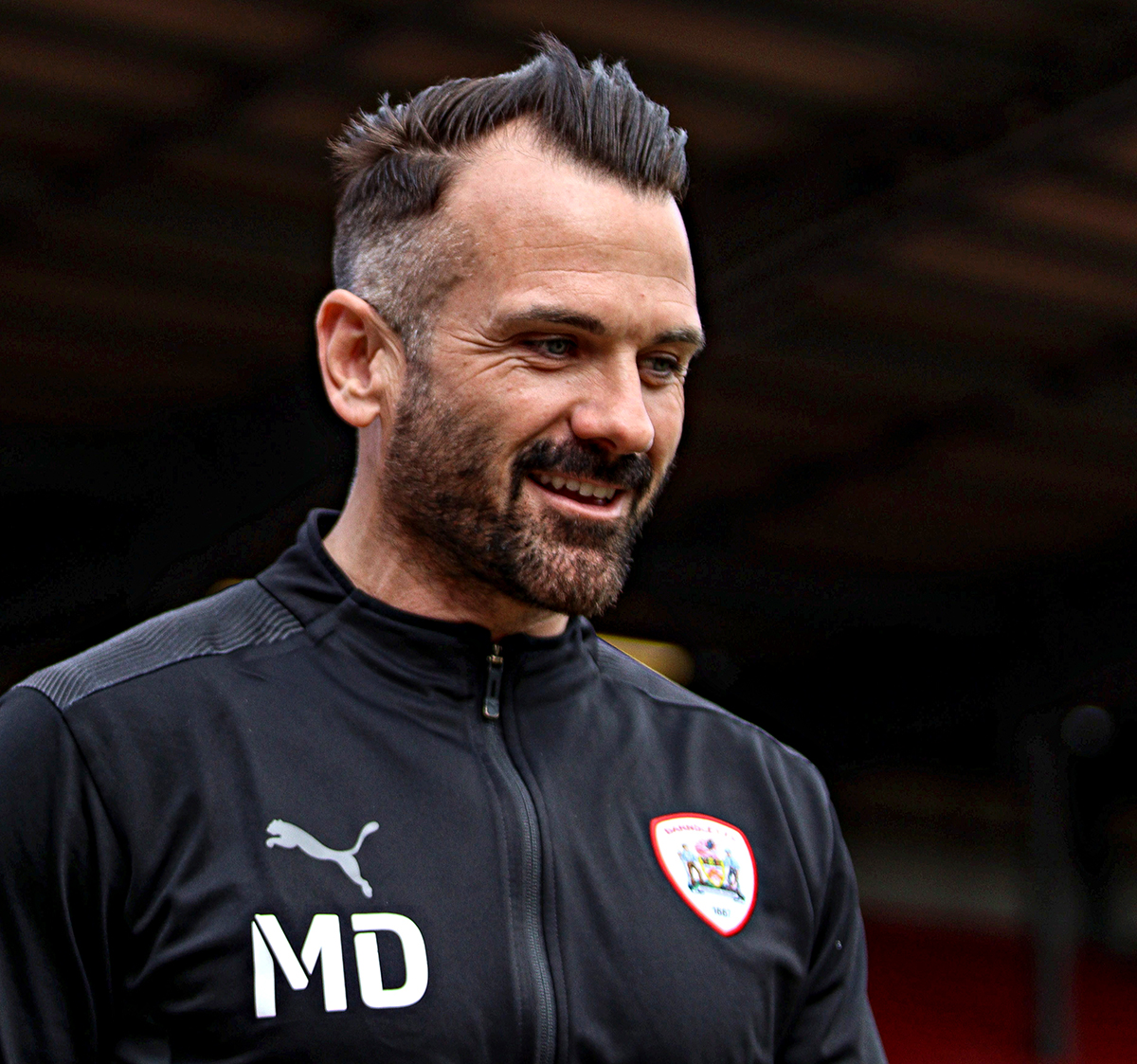 In this interim period, a man synonymous with Barnsley FC has been given an opportunity to help out during this period of transition.

A stand-out player for the Reds between 2005 and 2011, and a coach at Oakwell in the Academy setup for the last seven years, Martin Devaney will lead out the Reds on Tuesday night, ably assisted by Barnsley man Tom Harban, the Under 18s head coach.

Devaney has promised that he'll send out the team against Blackpool full of running, enthusiasm and endeavour. The aim - to restore pride, to give the fanbase a proper Barnsley team and performance. 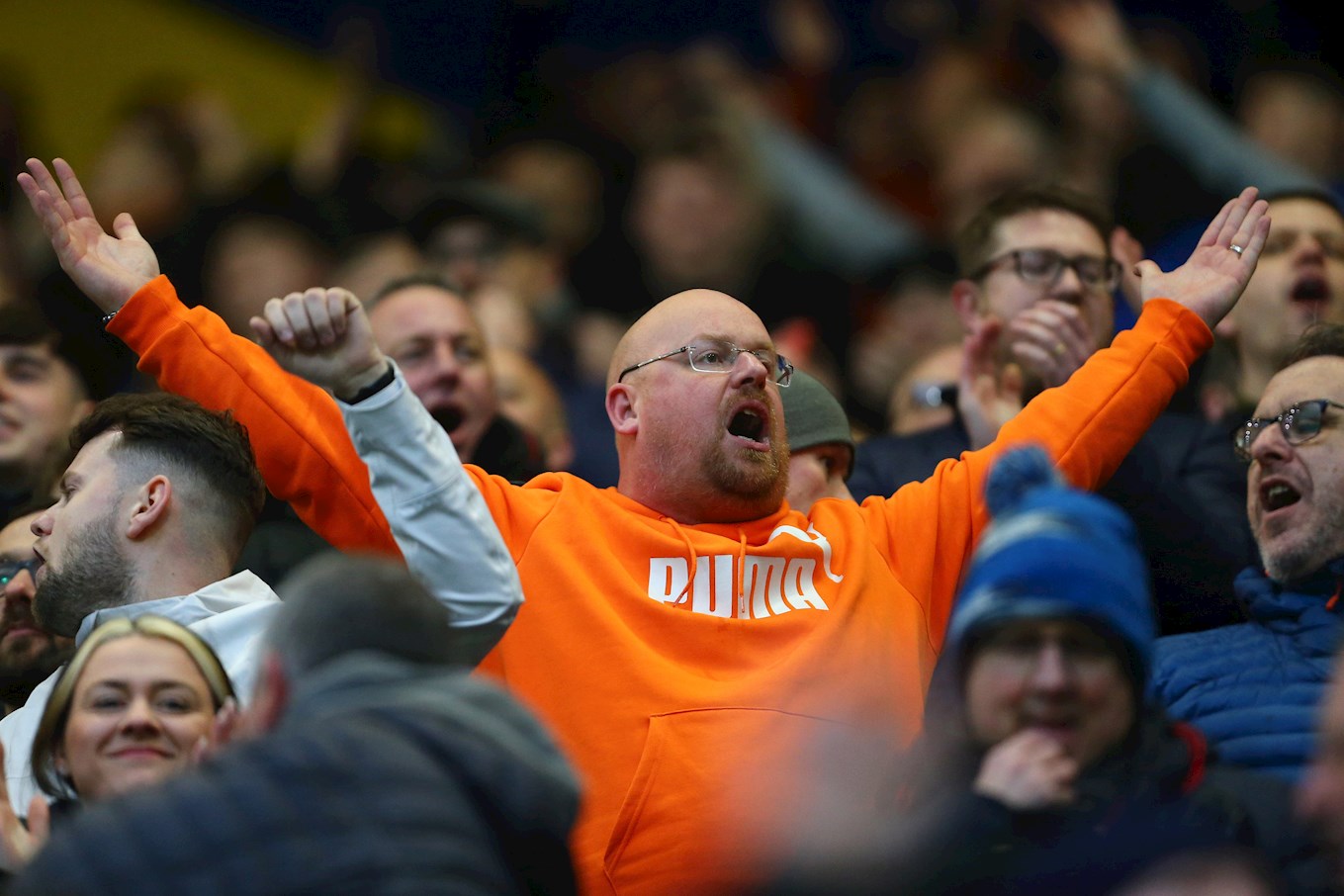 Standing in the way is a Blackpool outfit who've impressed this season on their return to the second tier under the highly-rated Neil Critchley.

Blackpool won another famous play-off final at Wembley last term, with former Reds midfielder Kenny Dougall the most unlikely of heroes, scoring twice at the home of football to help them earn promotion back to the Championship. 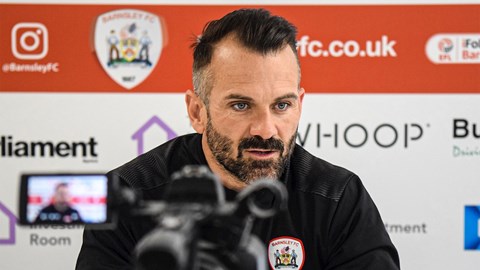 Their re-emergence didn’t finish there, however. They sit comfortable in mid-table coming into this evening’s fixture. They’re some 26 points above Barnsley, and saw off the Reds at Bloomfield Road in the two club’s earlier meeting, on a day where our own struggles were a sign of things to come. 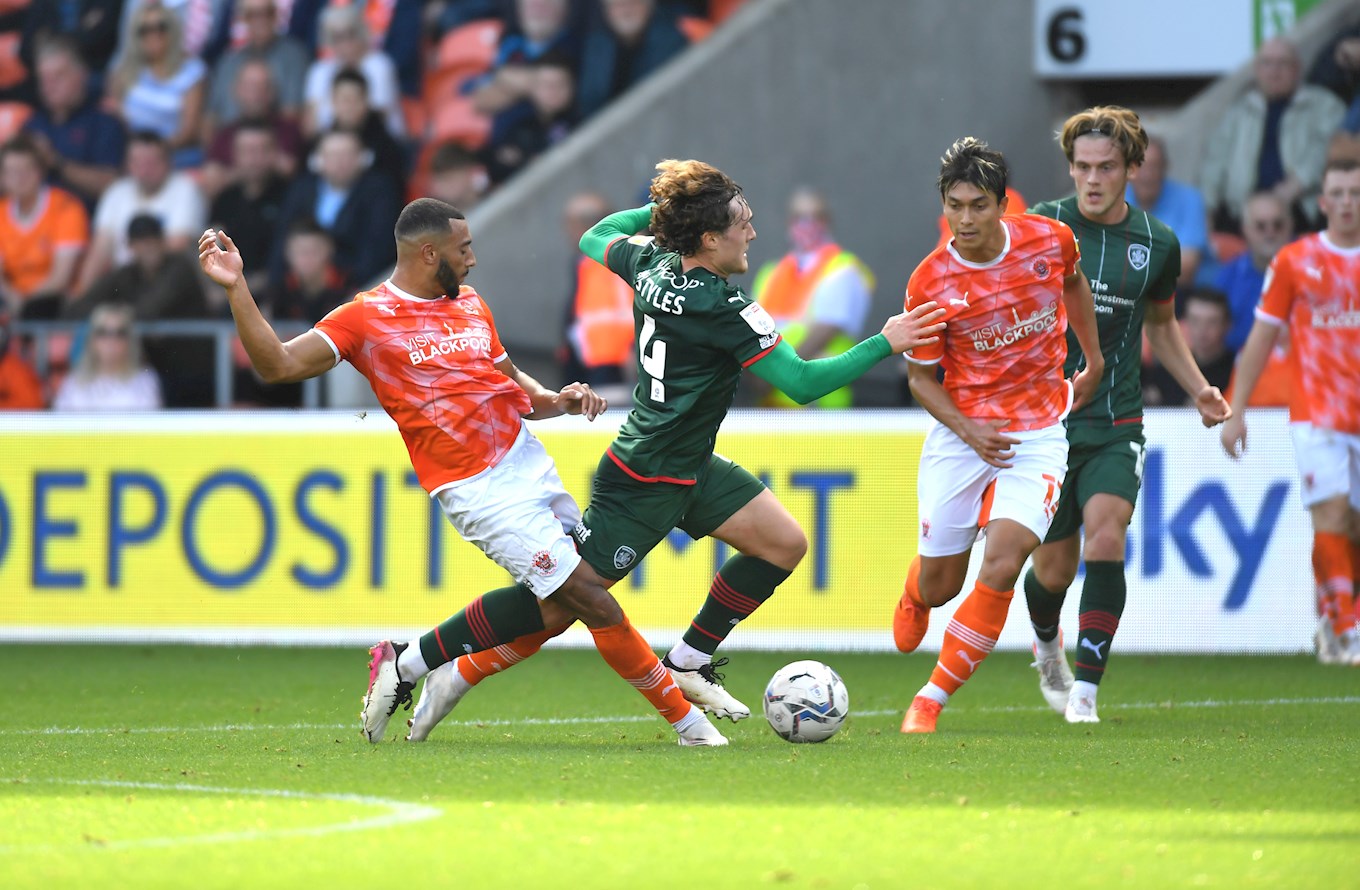 Recent form has been somewhat troubling, though. Before destroying Birmingham City 6-1 recently, they’d lost three of four fixtures and slipped out of any optimistic shout for a play-off place. They did, however grab a good point away at Luton Town last time out.

It’s nearly eight years ago to the day since we last met Blackpool here at Oakwell in a Championship encounter. The Reds went on to be relegated that season, but won that particular fixture 2-0, with Chris O’Grady scoring a brace. 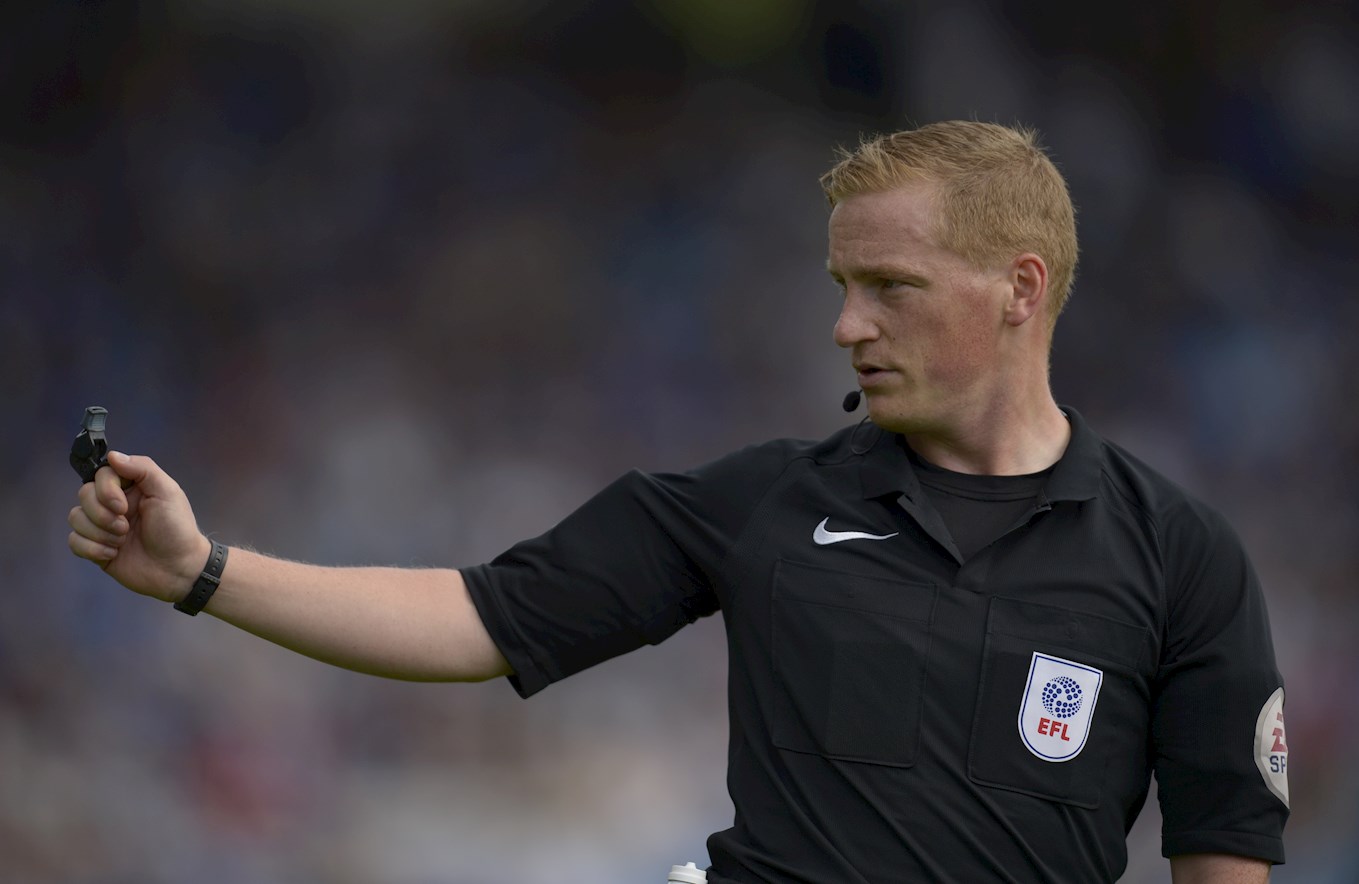 The man in the middle on Tuesday evening will be John Busby. This will be his third Reds fixture of the season, having overseen our 1-0 win over Coventry City and then a 0-0 draw away at Peterborough United.

Tuesday night’s game against the Seasiders will be broadcast live in the UK by both Sky Sports (red button) and iFollow Barnsley.

Goals from Owen Dale and Oliver Casey for Blackpool sunk the Reds in a 2-0 defeat at Oakwell in the Sky Bet Championship on Tuesday evening.

Despite hitting the crossbar and coming close on other occasions, the Reds fell to defeat in Martin Devaney’s first game as interim head coach.

After our defeat at Huddersfield Town on Friday evening, the Reds came into this clash knowing their fate was sealed.

Blackpool had drawn 1-1 with in-form Luton Town last time out, with the Seasiders residing in 16th position in the table before tonight's clash.

The Reds had the first real chance of the match after 15 minutes. Nice interplay between captain, Cauley Woodrow and Callum Brittain - playing as a right wing-back - allowed the latter to deliver a deep ball to Rémy Vita at the back post. The Frenchman controlled the ball well inside the area, but then blazed an ambitious effort over the bar.

Our visitors started to grow into the affair, and almost took the lead after a scramble inside the box. Liam Kitching almost directed a menacing low cross from Charlie Kirk into his own net, but Jack Walton managed to get a touch to divert the ball to safety.

On his full debut, Isaac Christie-Davies tried his luck just after the half-hour mark. A corner broke out to the midfielder on the edge of the area, but his volleyed effort lacked any real conviction, failing to trouble Chris Maxwell in the Tangerines’ goal.

Shortly after, the away side took a lead their play had merited. A threaded through-ball found Dale on the right, who drove into the area, cut inside, leaving his defenders on the floor before finishing with real aplomb into the bottom left corner five minutes before the break.

The restart brought no real change in fortunes for the Reds, but like the first half, it was they who carved out the first opportunity of the half.

After Christie-Davies got to the byline on the right, he cut the ball back nicely for Woodrow who took a touch and then struck an effort from the right hand side of the box, with the ball taking a wicked deflection which sent the ball spinning towards Maxwell’s top right-hand corner, but the ‘keeper was equal to it, tipping it over the crossbar.

Martin Devaney turned to his bench just after the hour-mark, with Christie-Davies and Woodrow being replaced by Will Hondermarck and Victor Adeboyejo respectively.

However, Blackpool doubled their lead just a couple of minutes later. A free-kick was swung into the box from the left, headed across goal by Marvin Ekpiteta and Casey was there to dispatch with a side-footed volley from close range, as Walton got fingers to it but to no avail.

Walton was there to deny Blackpool a third when he parried away Matty Virtue's powerful strike from just inside the box, to the right of goal.

In an attempt to salvage something from the affair, Devaney played his final roll of the dice and introduced homegrown forward Aiden Marsh, replacing Carlton Morris.

His cameo breathed some life into the latter stages, and Matty Wolfe found space centrally before he unleashed a ferocious strike from 20 yards, but the effort smashed against the crossbar and rebounded to safety for the visitors.

The visitors also struck the woodwork themselves when Jake Beesley thudded a shot against the foot of the post, as the Seasiders looked to seal a good evening's work.

And despite the Reds applying increasing pressure on the Blackpool back-line in the closing stages, the Tangerines held firm and the Reds had to accept yet another defeat here on home soil. 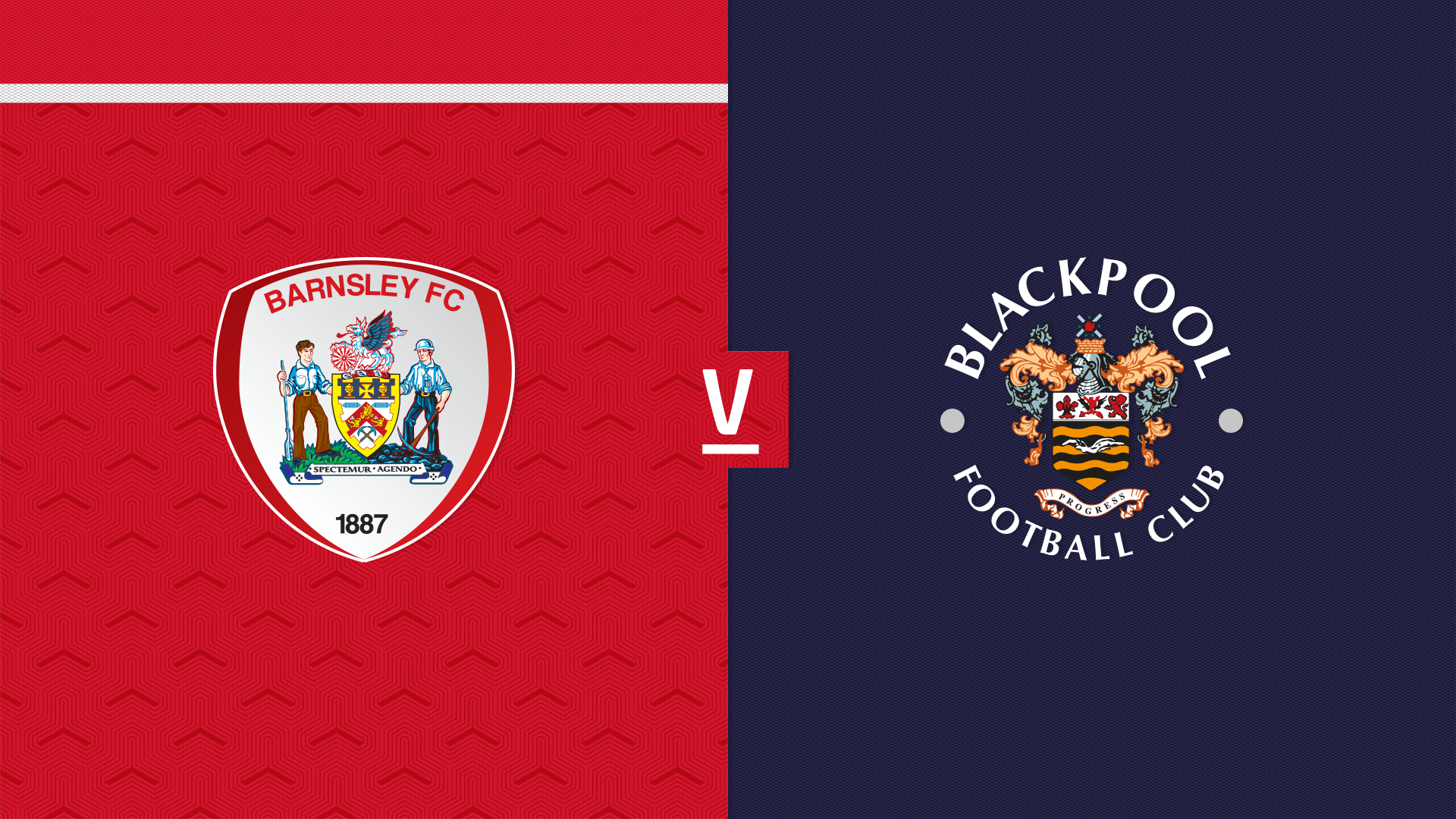 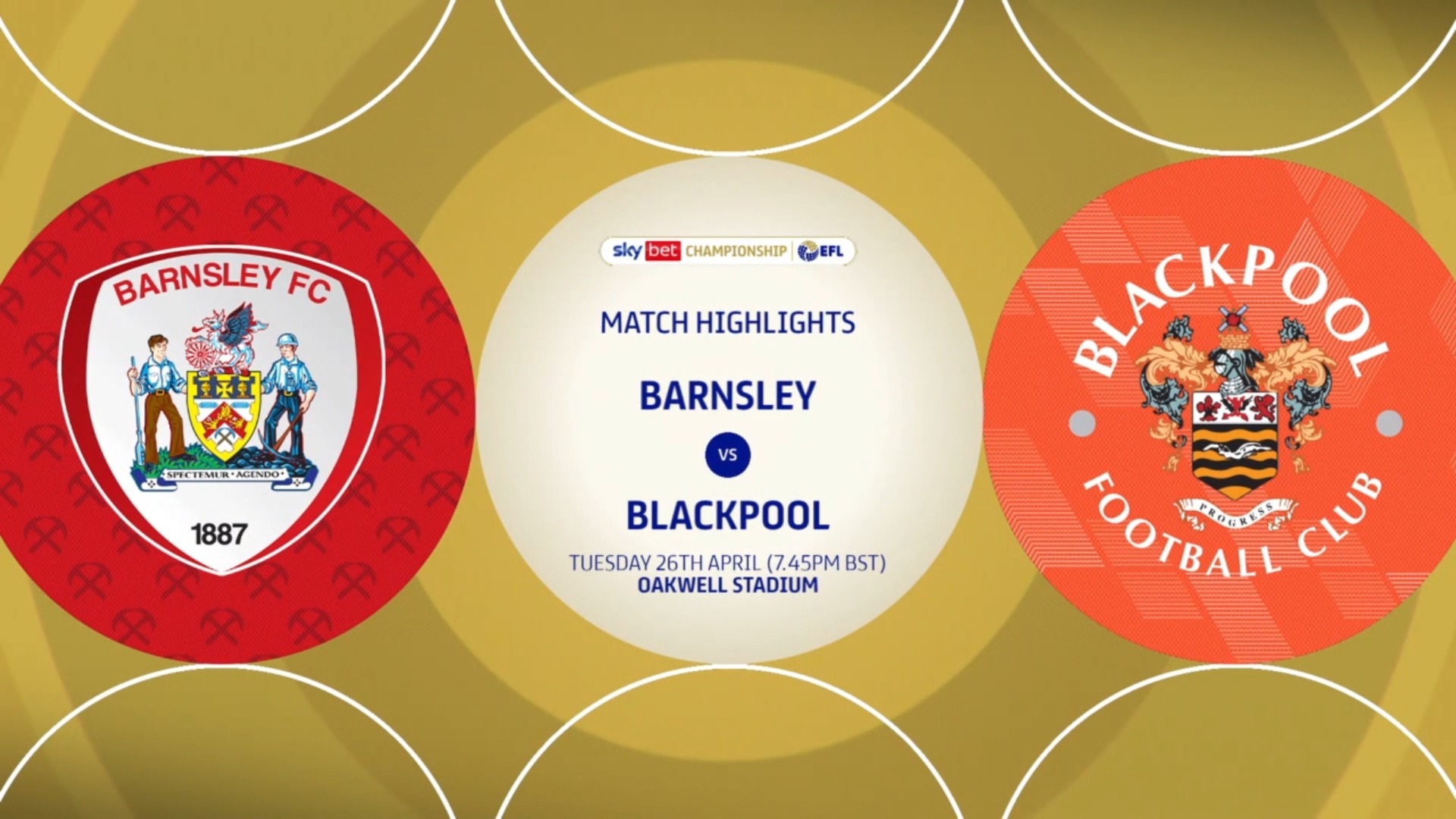 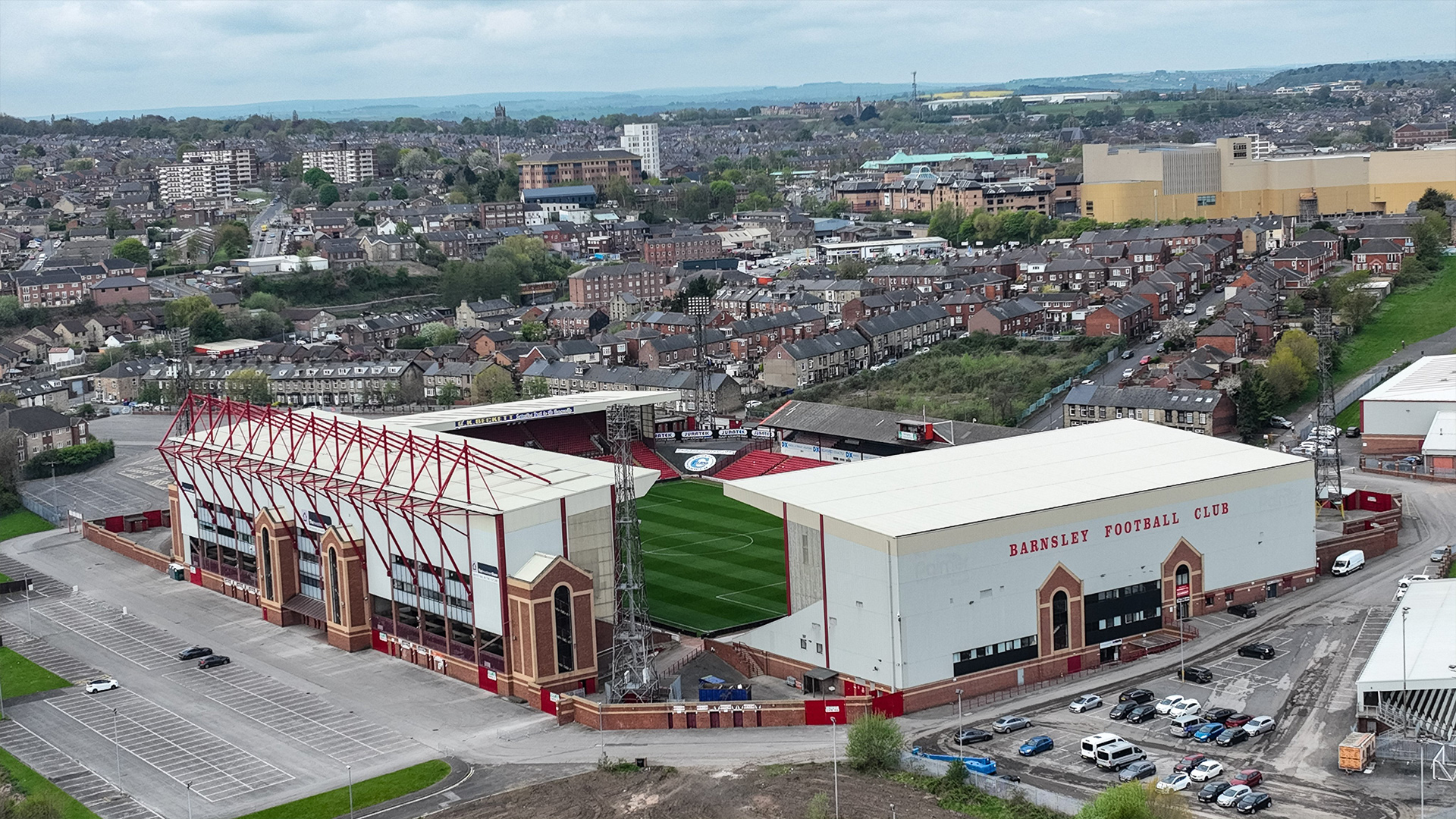