With a Sky Bet Championship win firmly under the belt for Barnsley, attention turns to the visit of Watford this weekend with new Head Coach Valérien Ismaël looking to continue his fine start to life at Oakwell.

There had been encouraging signs in the previous three outings under the interim stewardship of Adam Murray that the Reds were set to kickstart their campaign. Draws against high-flying Bristol City, Stoke City and Millwall were indications that this team was gradually moving through the gears, particularly when you put into consideration the sense of frustration that only three points were taken from those encounters.

A return of seven points from eight games doesn’t make for the greatest of readings but, when you look at it subjectively, six of those fixtures have been against teams in the top ten – and four in the top six. 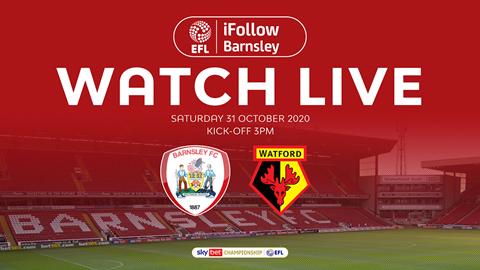 That leads us nicely on to Saturday’s opponents, which could prove to be one of the sternest examinations so far. The Hornets, recently relegated from the Premier League after a five-year spell in the top flight, which included reaching the 2019 FA Cup final, are aiming to secure an immediate return to the promised land.

It has been a decent start for Vladimir Ivić following his arrival from Maccabi Tel Aviv in August, with Watford winning four and drawing three of their opening eight matches – the only blot on the copybook a 1-0 defeat at leaders Reading.

Back-to-back draws against Bournemouth and newly promoted Wycombe Wanderers have taken a bit of gloss off what looked like a promising start, especially given that the Hornets led in both games before being pegged back. Chris Mepham’s 96th minute equaliser for the Cherries might still stick in the craw.

There is a steeliness, however, to the Vicarage Road outfit. Four goals conceded sees them with the division’s second best defensive record – bettered only by early pacesetters Reading – so it will be up to Barnsley to make the most of their opportunities when they come along in South Yorkshire. 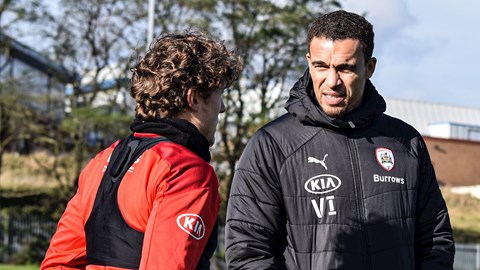 Chances came and went as the Reds swept aside Queens Park Rangers on Tuesday evening and Ismaël will be hoping that his side won’t be as profligate when Watford are in town this weekend.

While he was delighted with the way Barnsley attacked, in his post-match interview the Frenchman alluded to the fact that he wanted his side to be more clinical in front of goal and they will have to be at their best to find a way past former England international Ben Foster

The 37-year-old has been ever-present for Watford in the league since signing in 2018 – keeping 19 clean sheets in that time – and was praised by Wycombe manager Gareth Ainsworth for his performance against the Chairboys on Tuesday night. 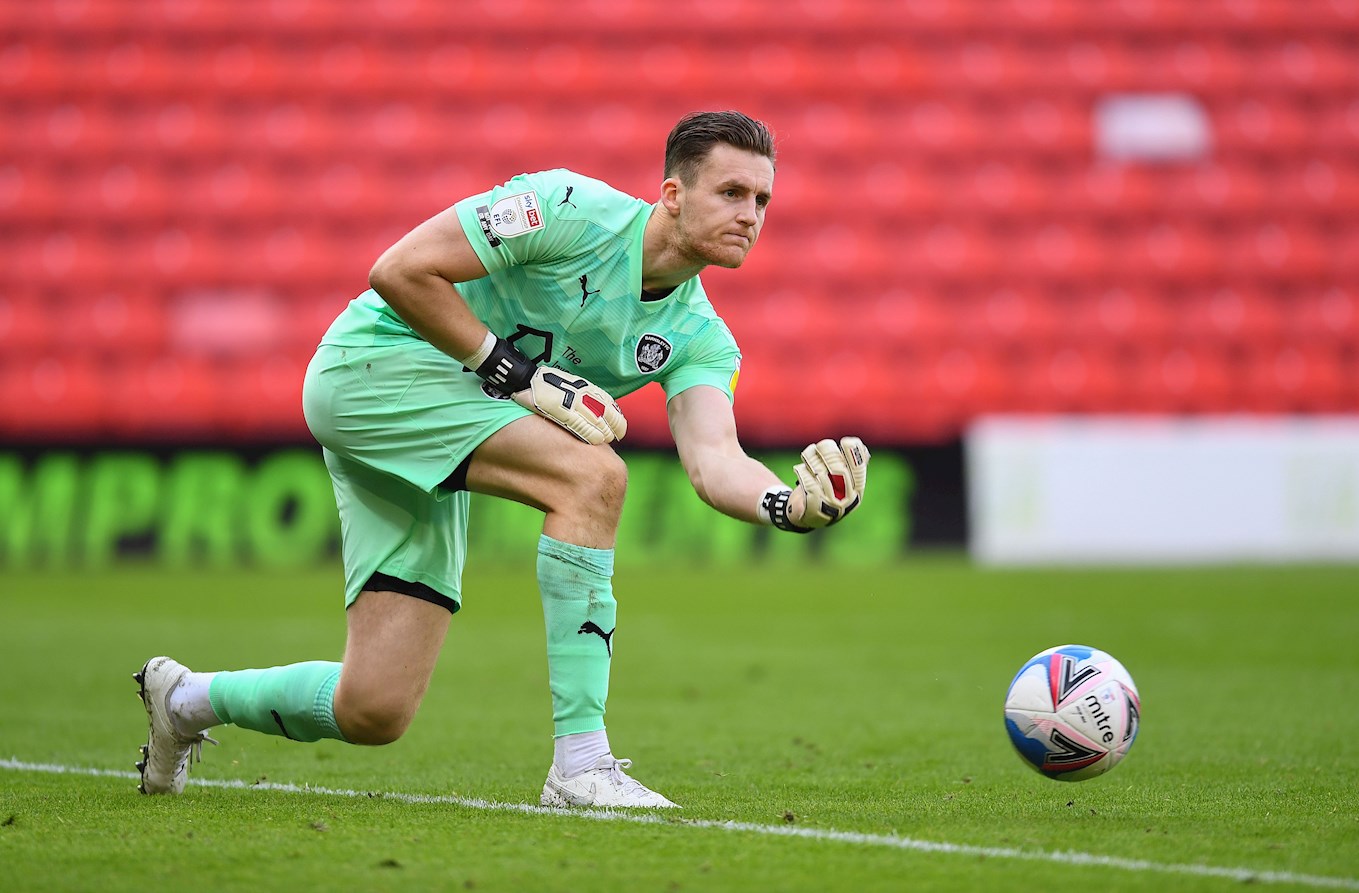 At the other end of the pitch, Jack Walton will be hoping to continue his impressive run of form between the sticks for Barnsley. The 22-year-old has eight clean sheets in 13 appearances at Oakwell in all competitions, including three so far this term. 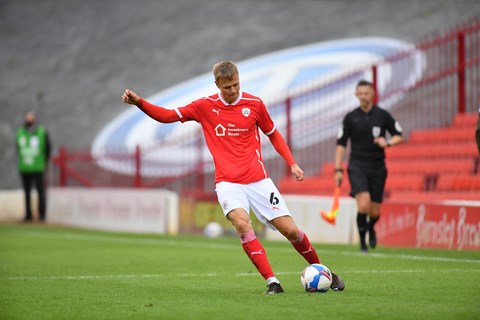 Tuesday’s victory over QPR is the first time the Reds have scored three goals in a game since dismantling Fulham at Craven Cottage back in February, but the frontline of Conor Chaplin, Cauley Woodrow and Dominik Frieser appears to have the potential to pose any defence in this division problems as the season develops.

The return of Callum Styles against Mark Warburton’s outfit was a real boost for Ismaël, with the diminutive midfielder playing a starring role has he continuously sliced open the opposition backline with precision passing.

He moved to a left wing-back role in the second half, but was equally as effective – as was Callum Brittain on the opposite flank, who picked up his second man of the match award after hitting the ground running following his arrival from MK Dons. 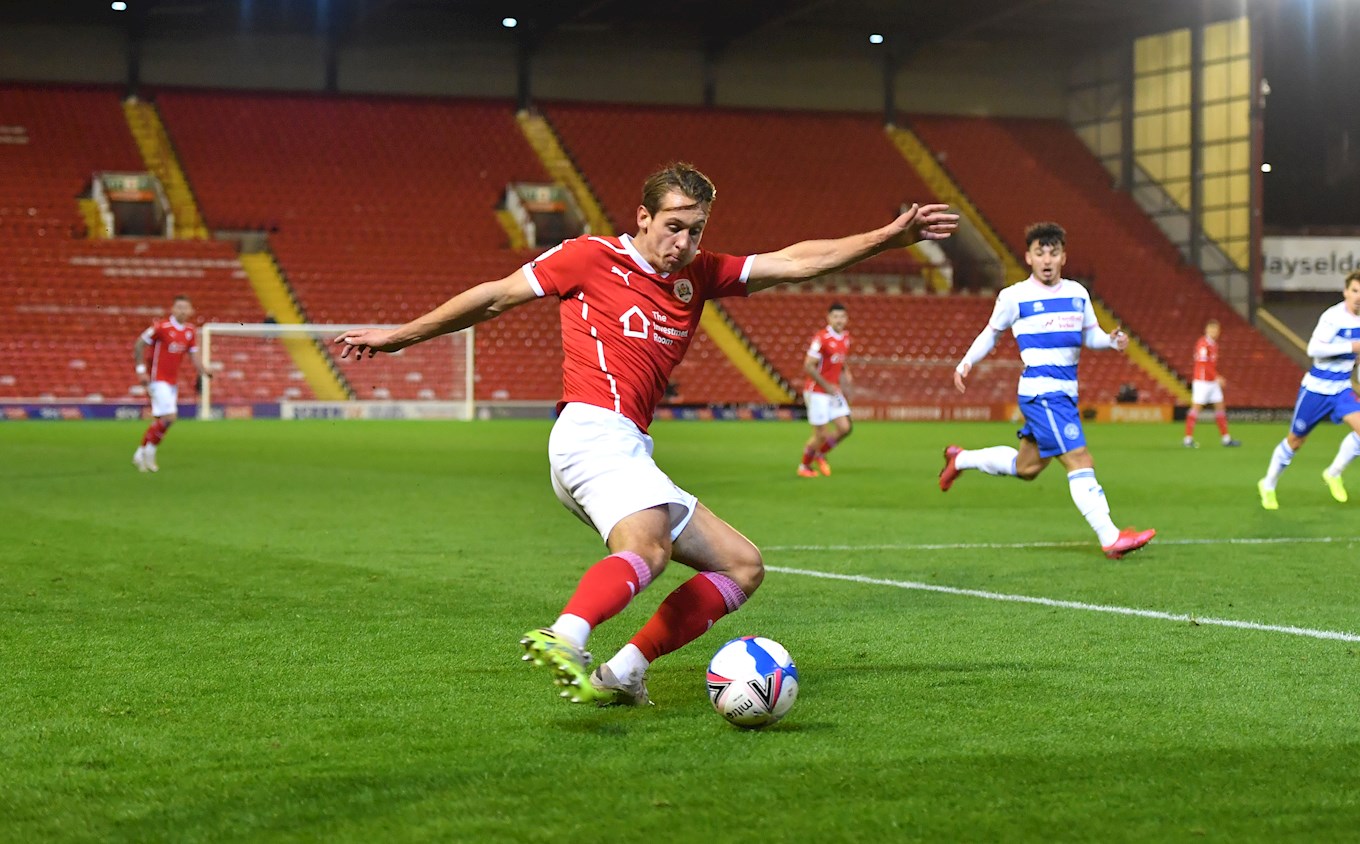 There was a defensive solidity, too, against the R’s, which will have been pleasing to the Reds’ hierarchy. An argument will be made that much of the contest was played against 10-men but, in the opening exchanges, QPR were on top and the trio of Michael Sollbauer, Michał Helik and Mads Andersen repelled everything the visitors threw at them. 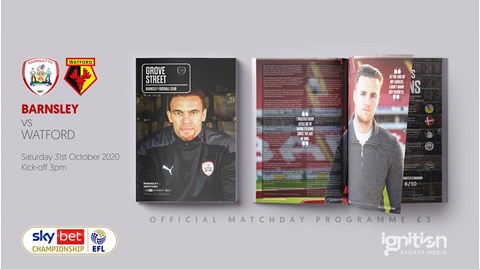 That will provide Barnsley with encouragement, particularly when you consider that the Hornets have scored just eight goals so far this term (one less than the Reds) and, in the top half of the table, only Luton Town have netted fewer.

If recent history is anything to go by, your money would be on a routine Watford win (if you’re of a betting persuasion, of course). The Hertfordshire outfit have won four of the last five meetings – including a 5-1 mauling on their last trip to Oakwell in September 2013.

However, if you look at the overall history of this fixture, it might not be as clear cut as you may think. Barnsley have won 20 of the 57 encounters – the last of which came in March 2013, courtesy of a solitary Bobby Hassell goal – while the Hornets have registered 21 victories. 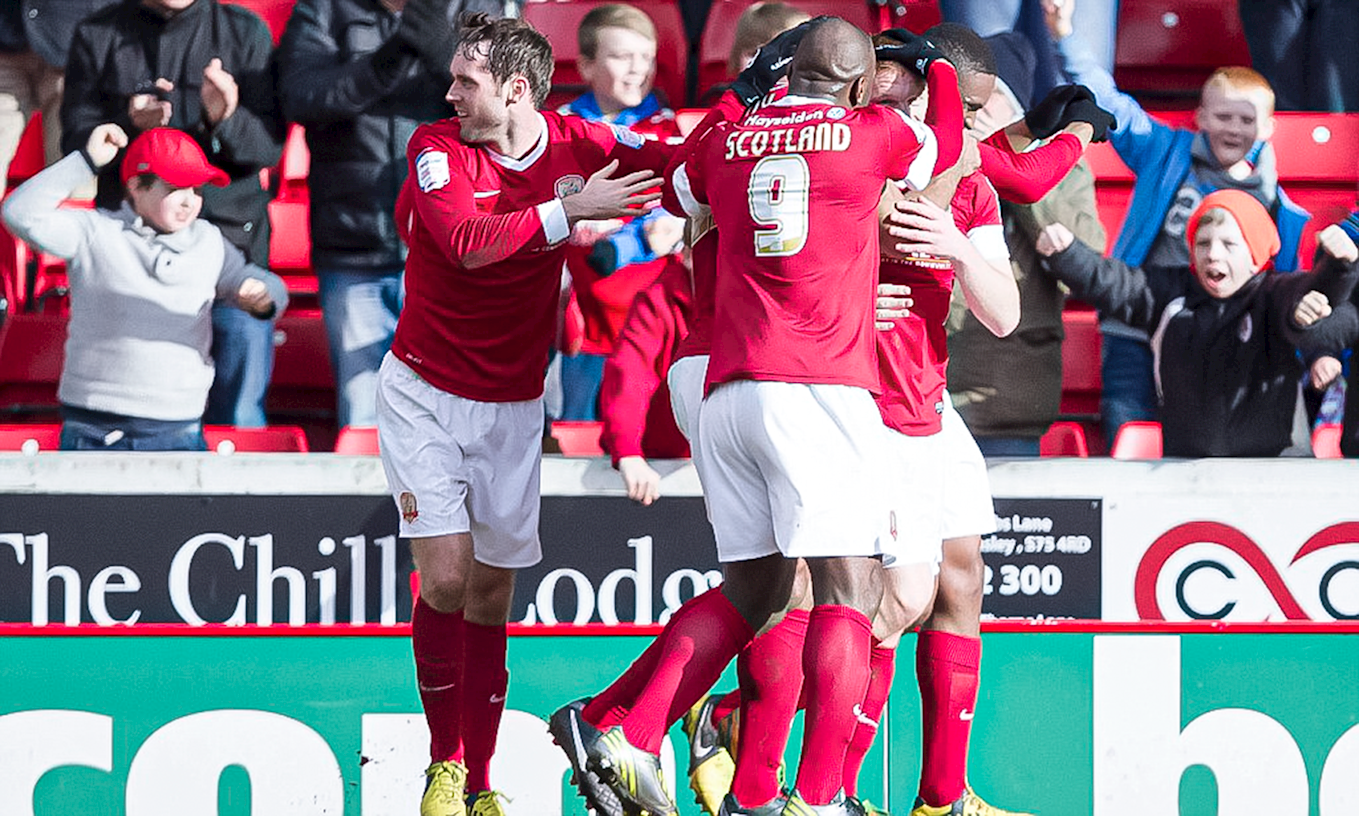 But, regardless of form, previous divisional statuses, astrological readings, crop circles and bookmaker odds, there’s still 90 minutes of football to be played and, following the performance on Tuesday, you wouldn’t bet against the Reds adding to their points tally.

You can watch all of the action on iFollow Barnsley.

And, don't forget, you can still order your Watford edition of Grove Street or pick one up from the Reds Superstore.

Barnsley recorded back-to-back victories as they narrowly edged out Watford at Oakwell on Saturday afternoon.

Alex Mowatt’s thunderous drive proved to be the difference between the two sides in a game of few chances as Valérien Ismaël continued his fine start to life in South Yorkshire.

The Reds made two changes from the midweek victory over Queens Park Rangers, with Patrick Schmidt coming in for the injured Cauley Woodrow and Matty James replacing Clarke Oduor.

Barnsley made the perfect start when Alex Mowatt intercepted a loose pass in the centre circle, drove at the visiting backline and crashed an unbelievable strike into Ben Foster’s top corner that clipped the inside of the post on the way in with just over five minutes played.

After weathering a Watford storm, the Reds pieced together a fine move as Mowatt fired a lovely cross-field ball to Conor Chaplin, who found Dominik Frieser on the edge of the box with a first-time cushioned lay-off, but the Austrian blazed over.

Another slick passing move on the right flank saw Chaplin release Callum Brittain with a neat flick. The full-back burst clear of his man and pulled the ball back to Chaplin, who had continued his run, but Foster was able to gather his low shot down to his left.

The Hornets rallied before the interval, but were unable to find a way through the spirited Reds backline as the hosts went in ahead at the break.

Watford looked much brighter after the restart and had a glorious opportunity to level just before the hour mark. Ismaïla Sarr raced away from substitute Oduor and fired a terrific low ball across the box, but Tom Cleverley somehow blazed wide unmarked from six-yards out.

Moments later, Ben Wilmot headed narrowly over the bar from a corner as the visitors continued to probe.

However, Barnsley still had their chances and George Miller, introduced from the bench, latched onto a wayward header but could only skew his half-volley wide of the far post.

Midway through the second half, Wilmot came agonisingly close to an equaliser for Vladimir Ivić’s side, but his downward header bounced up and over Jack Walton’s goal, much to the relief of the home dugout.

Watford threw caution to the wind and introduced Andre Gray and Will Hughes as they searched for a late leveller, but to no avail as the Reds held on for a superb victory. 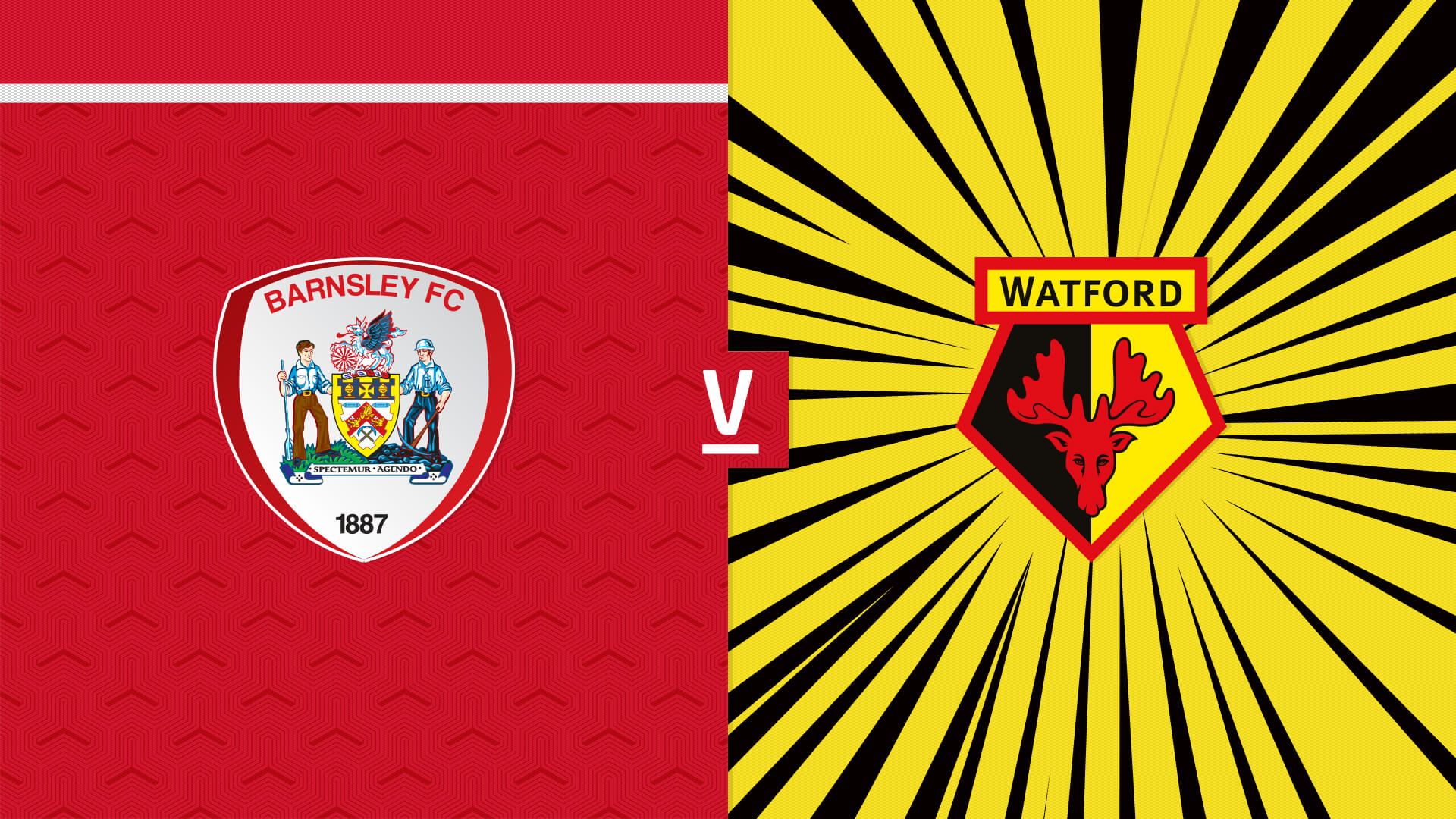 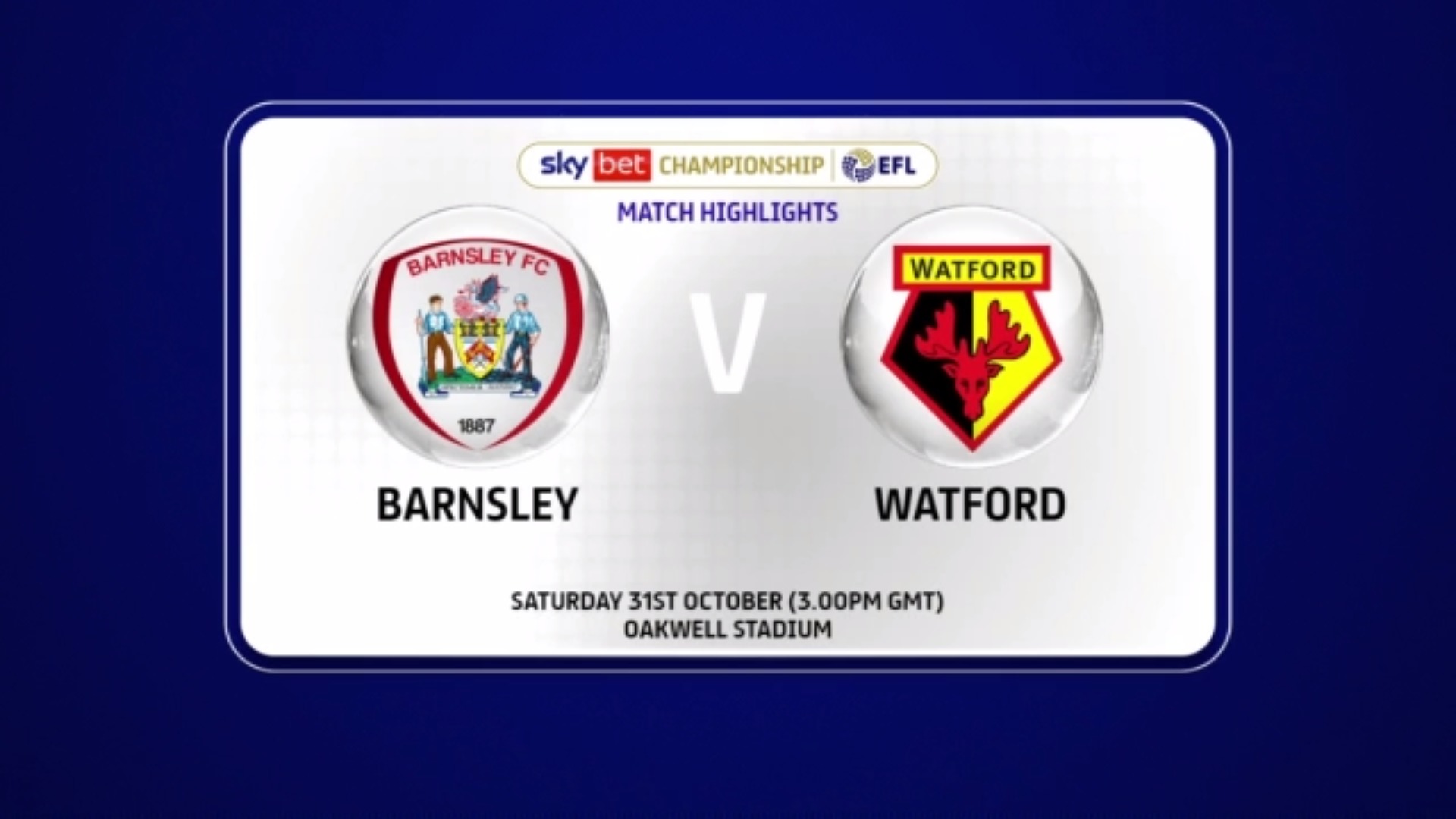 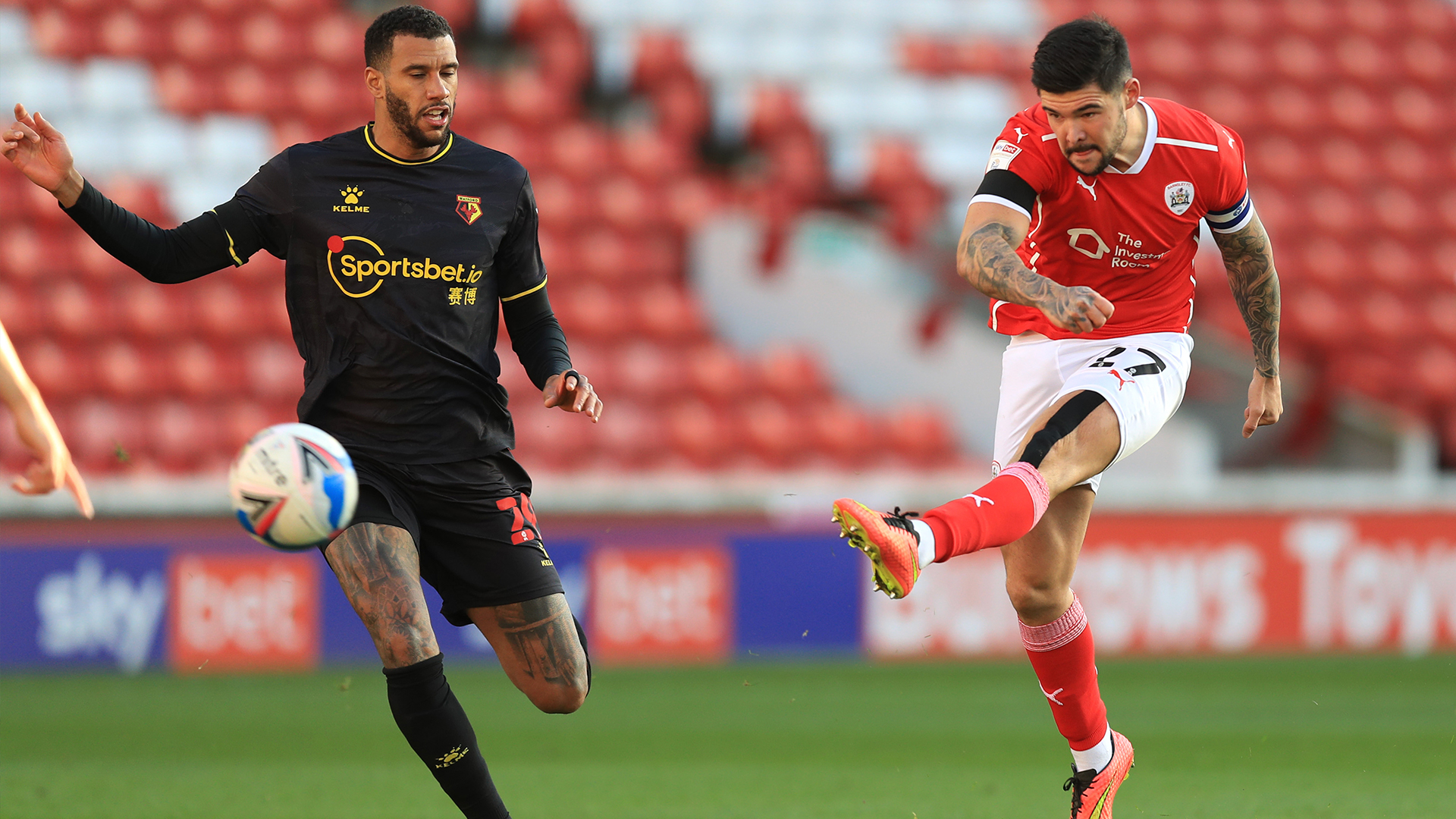