It's a final away trip of the regular season, as Valérien Ismaël takes his play-off contenders to Deepdale this weekend.

With last weekend's results confirming an end-of-season play-off place for Barnsley FC, you could be forgiven for thinking that the final two games of the regular season were irrelevant. But it's all about momentum for the Reds as they look to finish off the campaign in style.

Victory in last Saturday's South Yorkshire derby against Rotherham United, coupled with Reading's failure to beat Swansea City meant that the Reds were unable to be caught by those outside the top six, thus confirming a second tier play-off position for only the second time in club history. 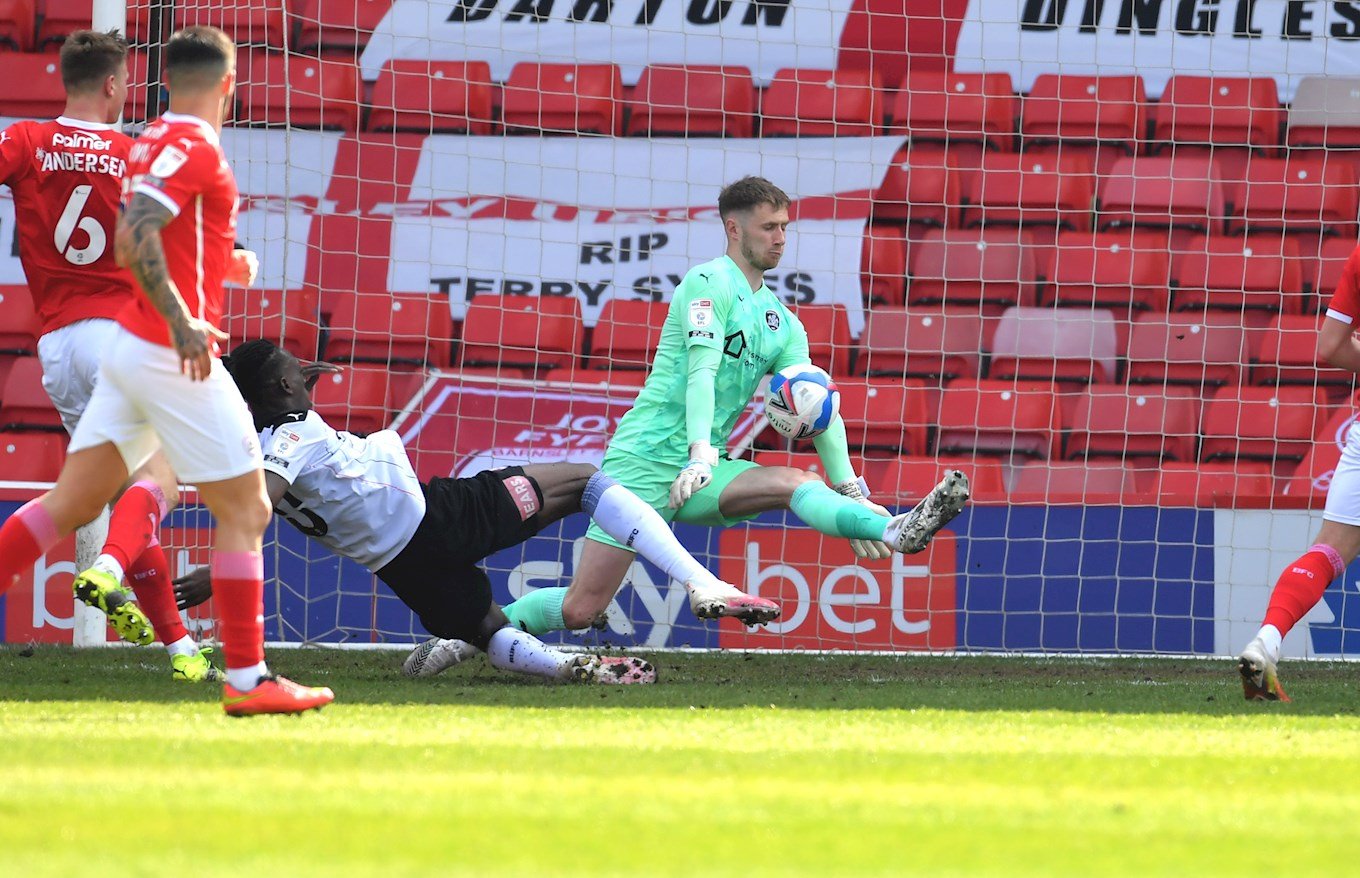 That latest success - the 1-0 win over the struggling Millers at Oakwell - came about in fortunate circumstances to say the least. Second best for much of the afternoon, Barnsley had the match officials and goalkeeper Brad Collins to thank for a big three points.

Had Carlton Morris' early opener been correctly ruled out, who knows how the match might have panned out? But despite plenty of close-calls, our Yorkshire neighbours didn't take advantage of a very off-colour Reds. 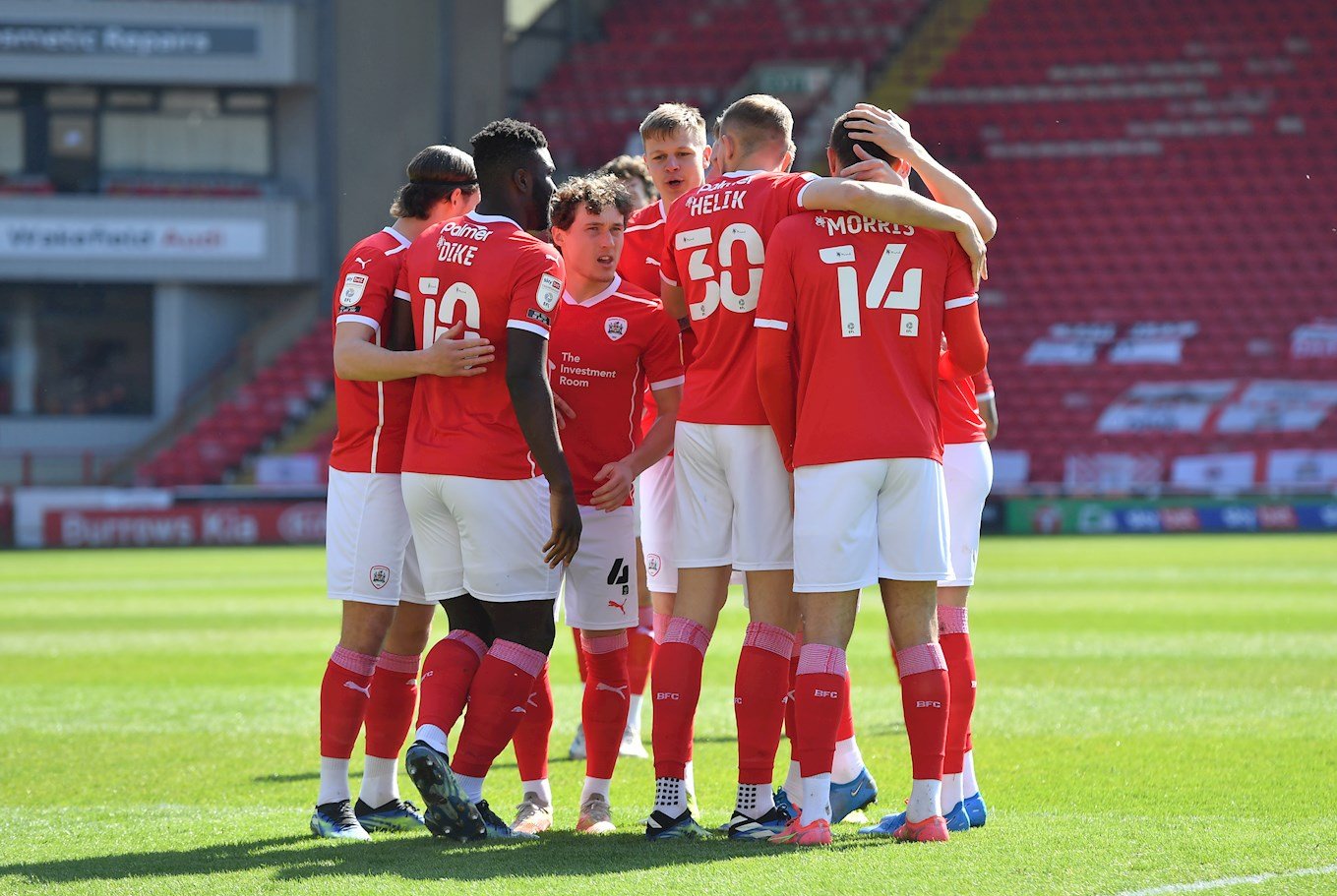 It was the fourth win in five outings for Ismaël's side, their 23rd in the league this season, surpassing the total wins accrued in our famous promotion season of 1996/97. Up to 77 points too; just three shy of that same campaign orchestrated by Danny Wilson.

The job is not done, however. Whilst the Reds are potentially just three games away from a return to the top flight after a 23-year hiatus, there's still the small matter of two more matches in the Sky Bet Championship which will help to determine the play-off fixtures themselves. 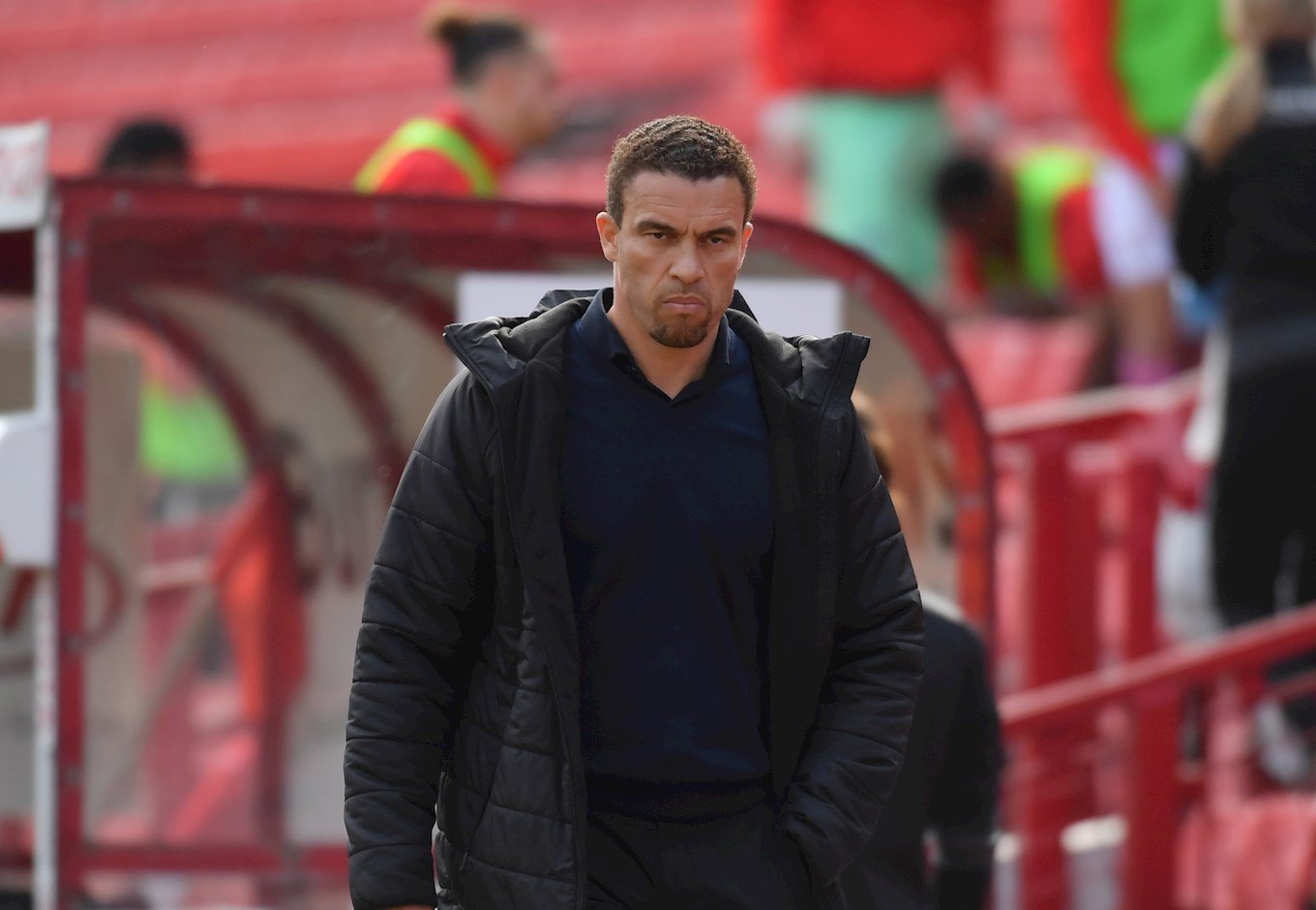 With Brentford third and four points ahead of Bournemouth (fourth), Swansea (fifth) and the Reds in sixth, all on 77 points, there are a number of possibilities. But you're going to need to see off two of the three sides if you want to gain promotion anyway. And for now, the focus is on Preston North End and hoping to make it a dozen away wins this term.

We travel to Deepdale to take on a Lilywhites outfit who've been in improved form recently, picking up three wins from their last five fixtures, and enjoying a run of three consecutive clean sheets.

Ex-Reds midfielder Alex Neil parted company with North End late last month so Frankie McAvoy is in temporary charge until the end of the season, and he's seemingly getting a better tune out of them. 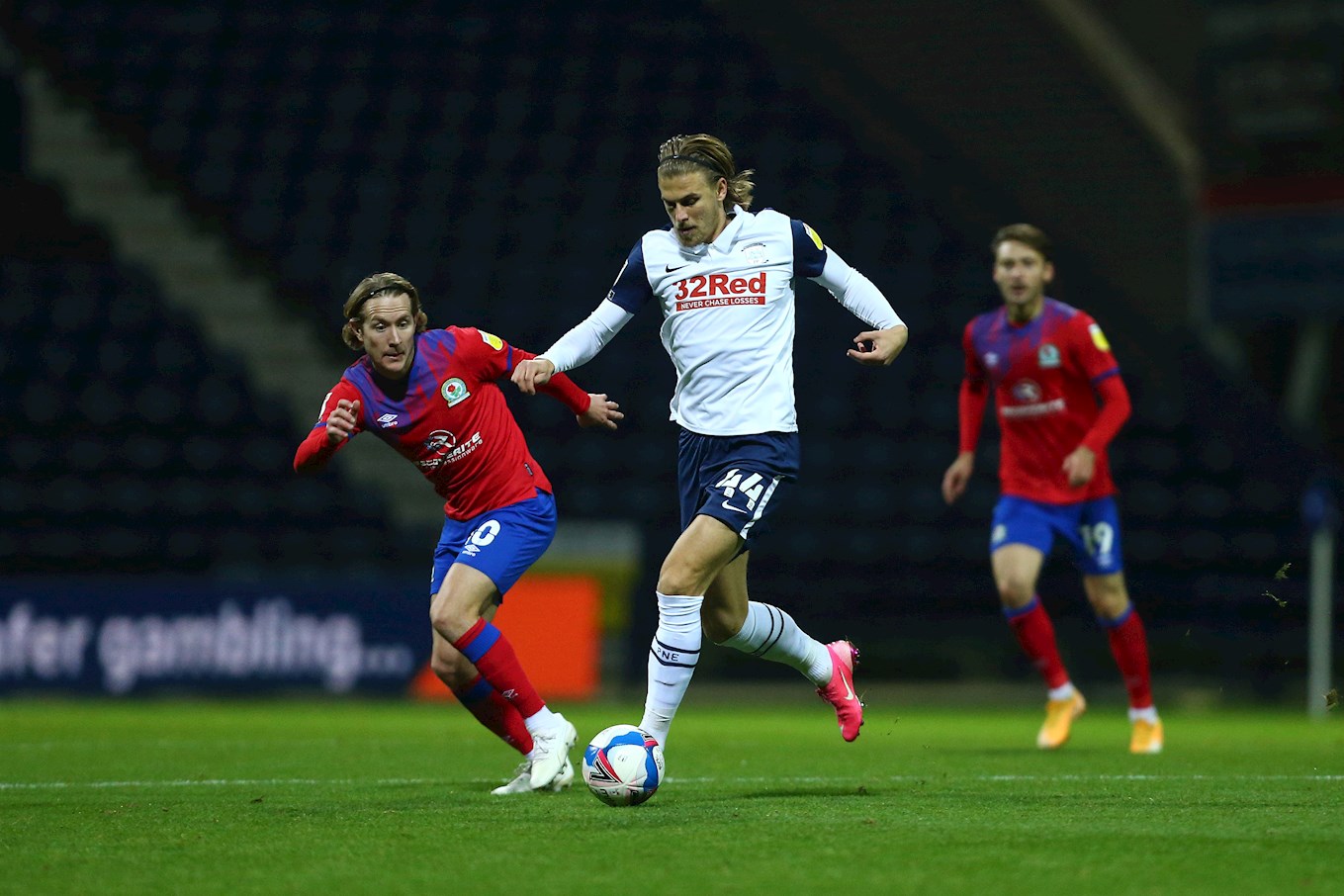 They do have a couple of other familiar faces in their ranks though, in the shape of defender Liam Lindsay - on loan from Stoke City - and midfielder Brad Potts.

Preston are marooned in mid-table, which sounds better when you consider just a few weeks ago, they were starting to look over their shoulders at the bottom three.

It's a first trip back to Deepdale for Barnsley since the Daniel Stendel era came to a juddering halt after an embarrassing 5-1 thrashing there back in October of 2019. Which seems a long, long time ago considering all that we've gone through since. 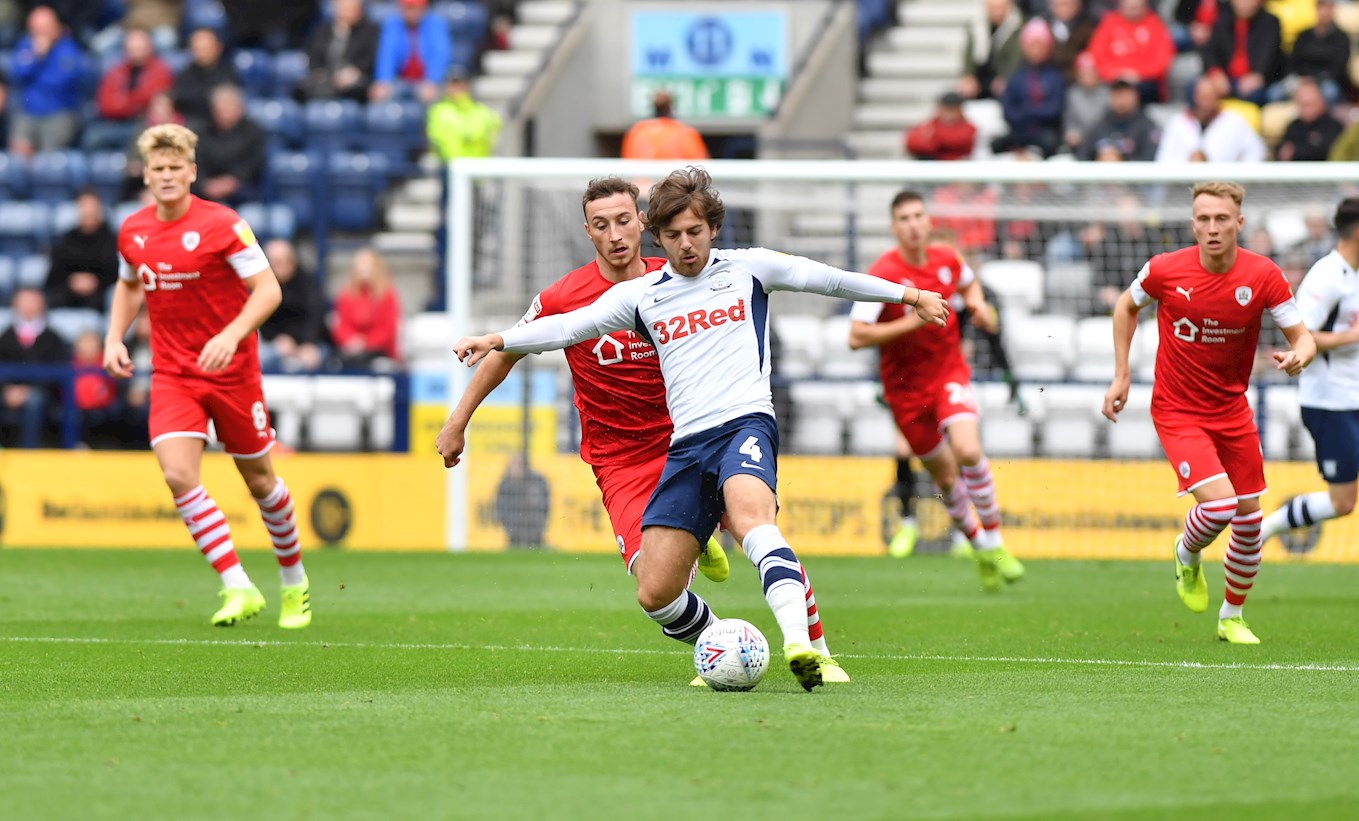 For a win in Preston we only need to go back to September of 2016 when a stunning goal from Adam Armstrong secured the Reds a 2-1 victory.

In terms of this season and the reverse fixture, Barnsley edged North End in December of last year when second half strikes from Alex Mowatt and Victor Adeboyejo helped the Reds to come from behind at Oakwell in another 2-1 win.

Our unique look back at the Reds against Preston at Oakwell.

We will have live coverage of Saturday's 3pm kick-off at Deepdale on iFollow Barnsley, with Matt Bailey joined by Callum Cooper for commentary. 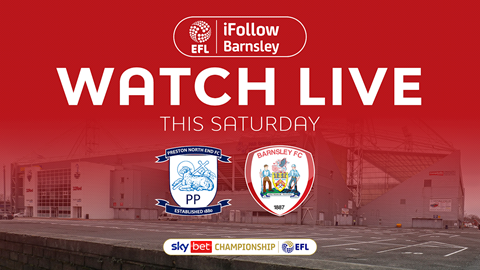 WATCH THE REDS AT PRESTON

Please be reminded that from Friday 30 April at 3pm, all of our social media channels will fall silent until 11.59pm on Monday 3 May, as the football community stands together united in the face of online abuse.

Team news, match reports and all post-match video content will be uploaded here on barnsleyfc.co.uk as usual.

Barnsley were seen off by Preston North End this afternoon in a very drab affair thanks to a goal in either half from the mid-table Lilywhites.

There were two changes to the starting XI following last weekend's victory over Rotherham United, with Aapo Halme and Carlton Morris dropping to the bench and starts for both Romal Palmer and Conor Chaplin.

After defending a couple of early corners and long throws pretty well, the Reds began to assert dominance over their hosts and really should have gone in front inside 10 minutes. It was good play on the left-hand side of the attack which saw Cauley Woodrow skip infield towards the box and pick out Chaplin, eight yards from goal and central, but the forward screwed a shot well wide of the net with the goal at his mercy.

Brad Collins had to be smart at his near post on the half-hour mark to thwart Sepp Van Den Berg who had nipped in behind the defence after a flicked header into the box.

A Barnsley long-throw from Callum Brittain was next to test the hosts, with Daryl Dike flicking the ball into the six yard box but Michał Helik's overhead kick was straight at home 'keeper Daniel Iversen.

North End took the lead seven minutes before the interval, following another corner that Barnsley struggled to deal with; unable to clear the ball out of their six yard box, leaving Jordan Storey a simple finish, low beyond Collins.

Head Coach, Valérien Ismaël went to his substitutes bench during the break, introducing all of Toby Sibbick (Sollbauer), Jasper Moon (Palmer) and Carlton Morris (Chaplin) but things only got worse early into the second half.

A badly defended long throw on the left-hand side was flicked on at the near post, and Ched Evans got in front of his marker to slot home from a yard out.

There was very little in response from the visitors until the last 20 minutes when they seemingly set up camp in the North End half but without ever looking likely to hurt their hosts.

Mads Andersen saw a bullet header flash just wide of goal from an Alex Mowatt corner kick whilst Dike somehow saw an effort from a yard or two out deflect wide via a defender's thigh.

The final opportunity fell to Moon, 10 yards out after Preston failed to clear a Mowatt free-kick but the youngster's effort was saved well by Iversen low down, ahead of a crowd of bodies.

A disappointing afternoon to complete our season on the road, and much to ponder for the gaffer with just one more game before the play-offs begin. 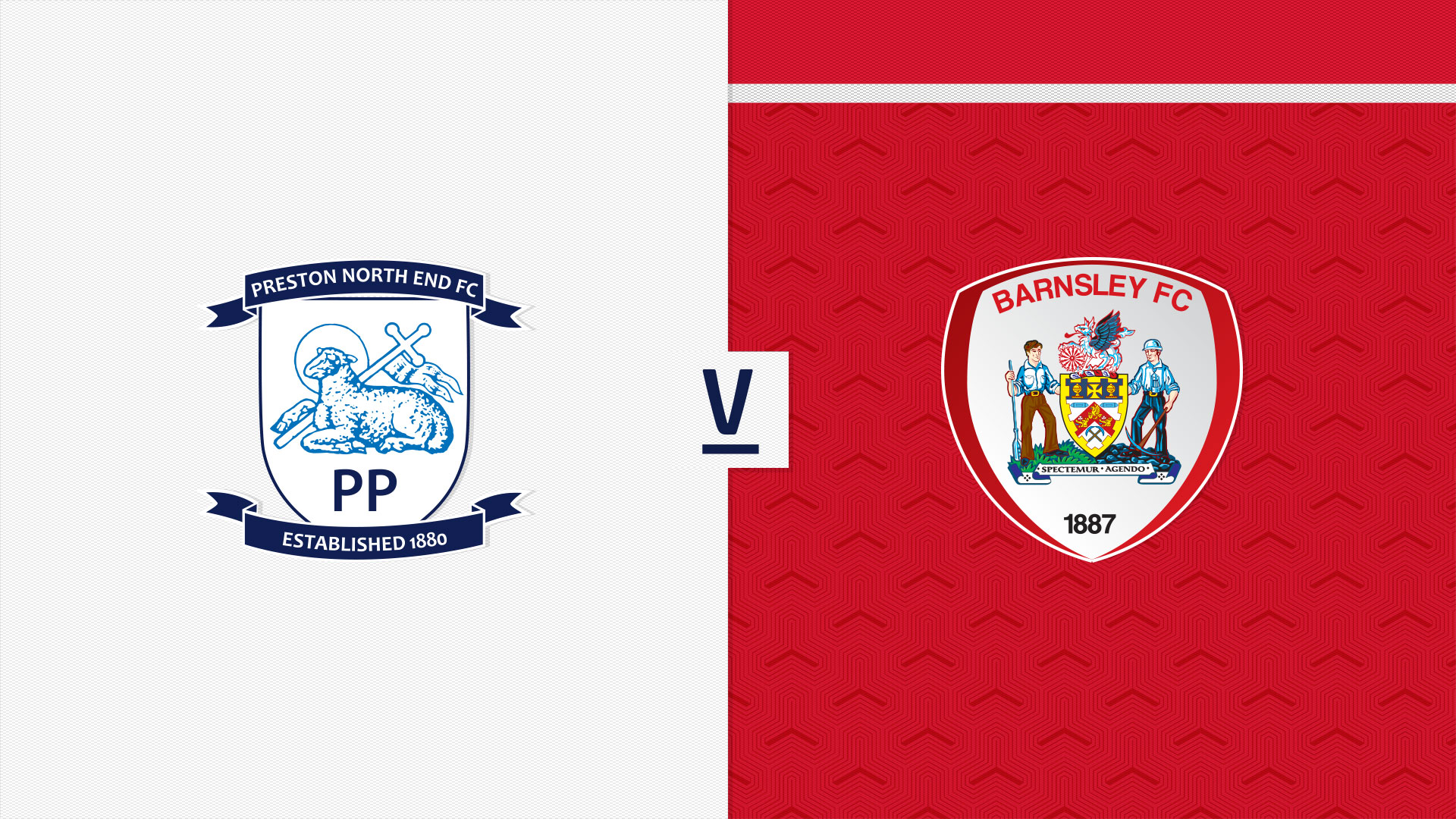 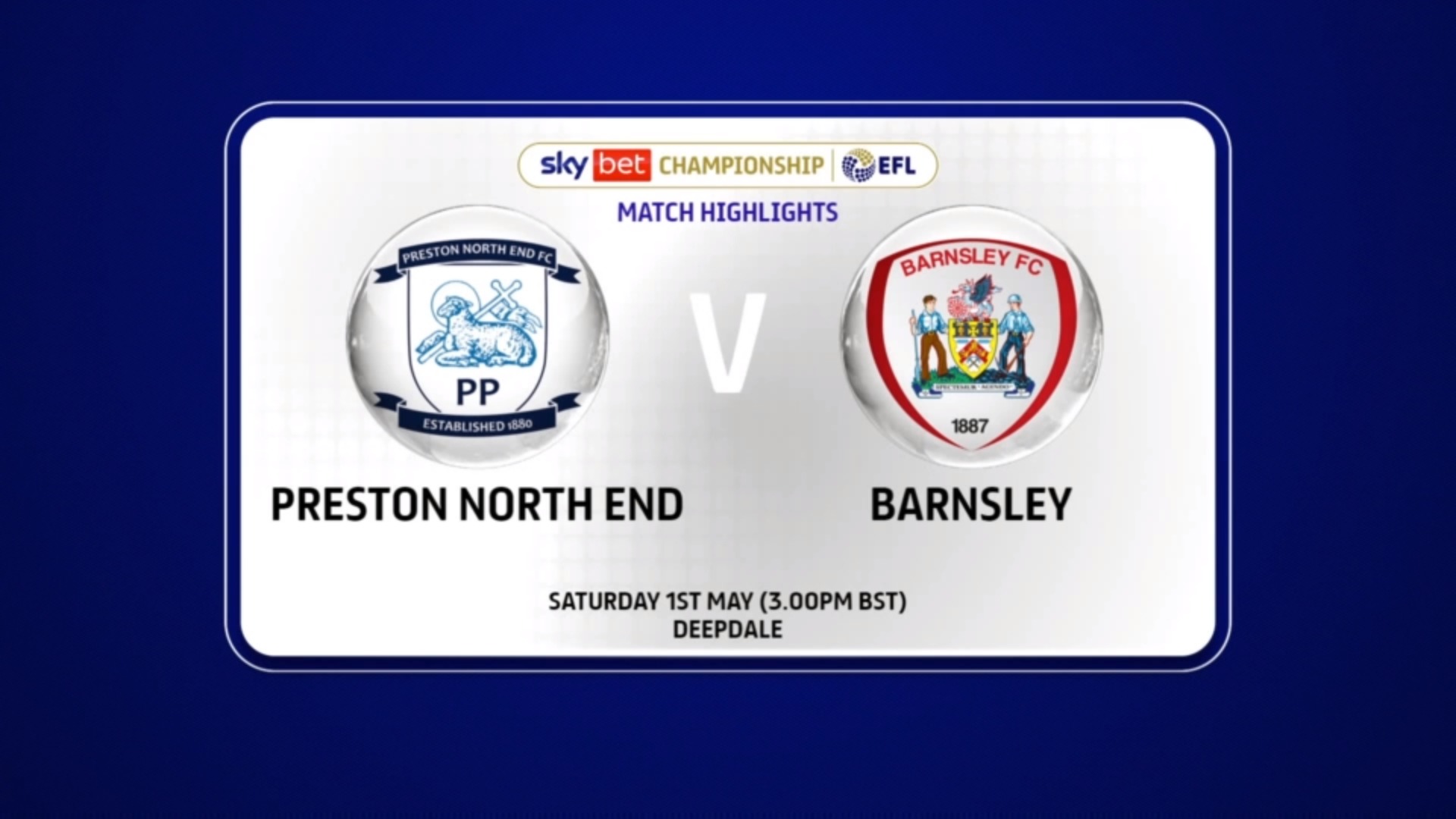 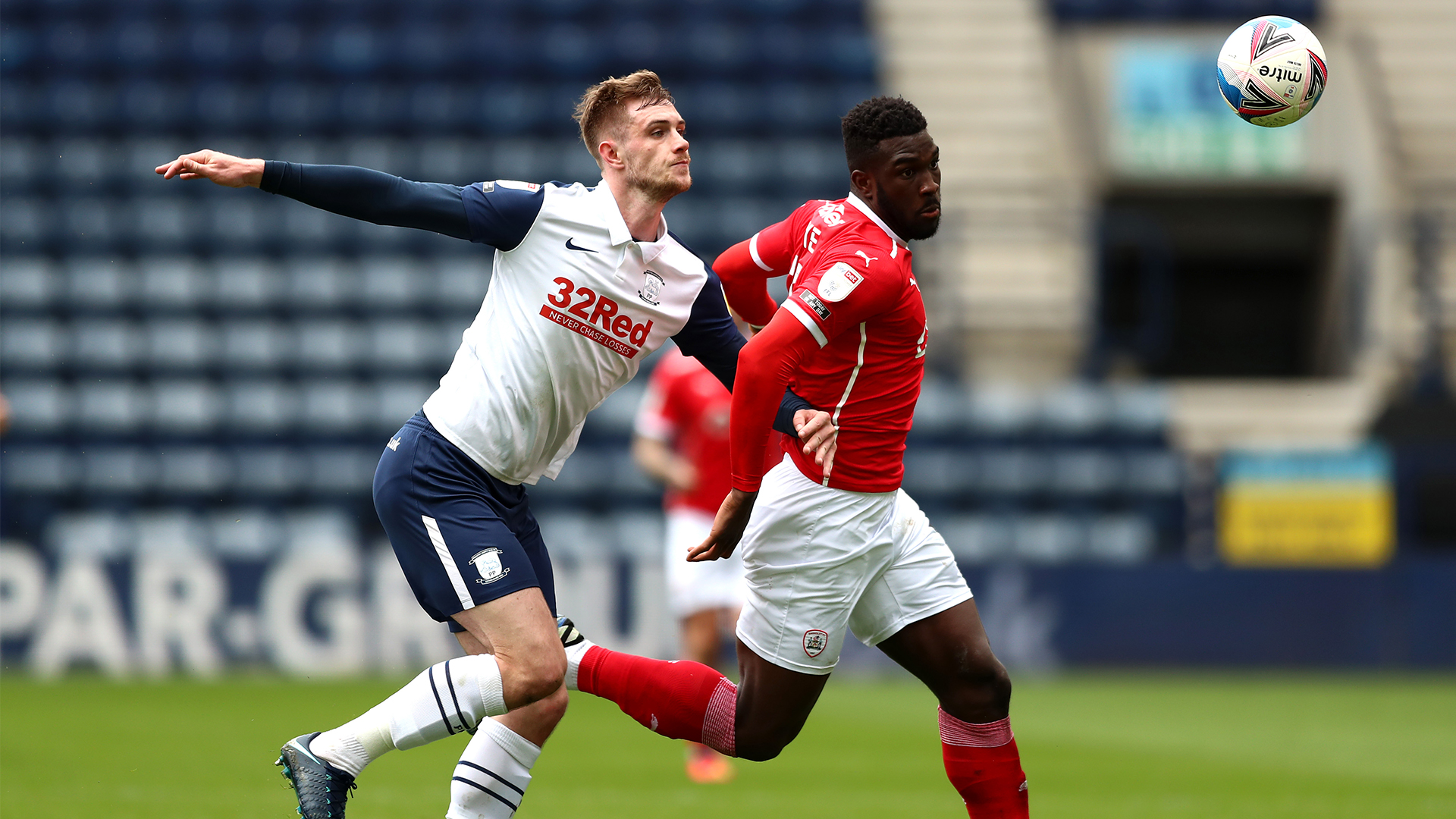