It's a break from league action for Barnsley this weekend as our Emirates FA Cup journey begins for 20/21 with a home tie against Tranmere Rovers!

On Sunday afternoon in a 1.30pm kick-off, the Reds welcome Tranmere Rovers to Oakwell in the Third Round of the Emirates FA Cup.

The Whites, led by former Reds boss Keith Hill will be looking to upset the odds this weekend when they make a first journey to Barnsley for some 15 years. 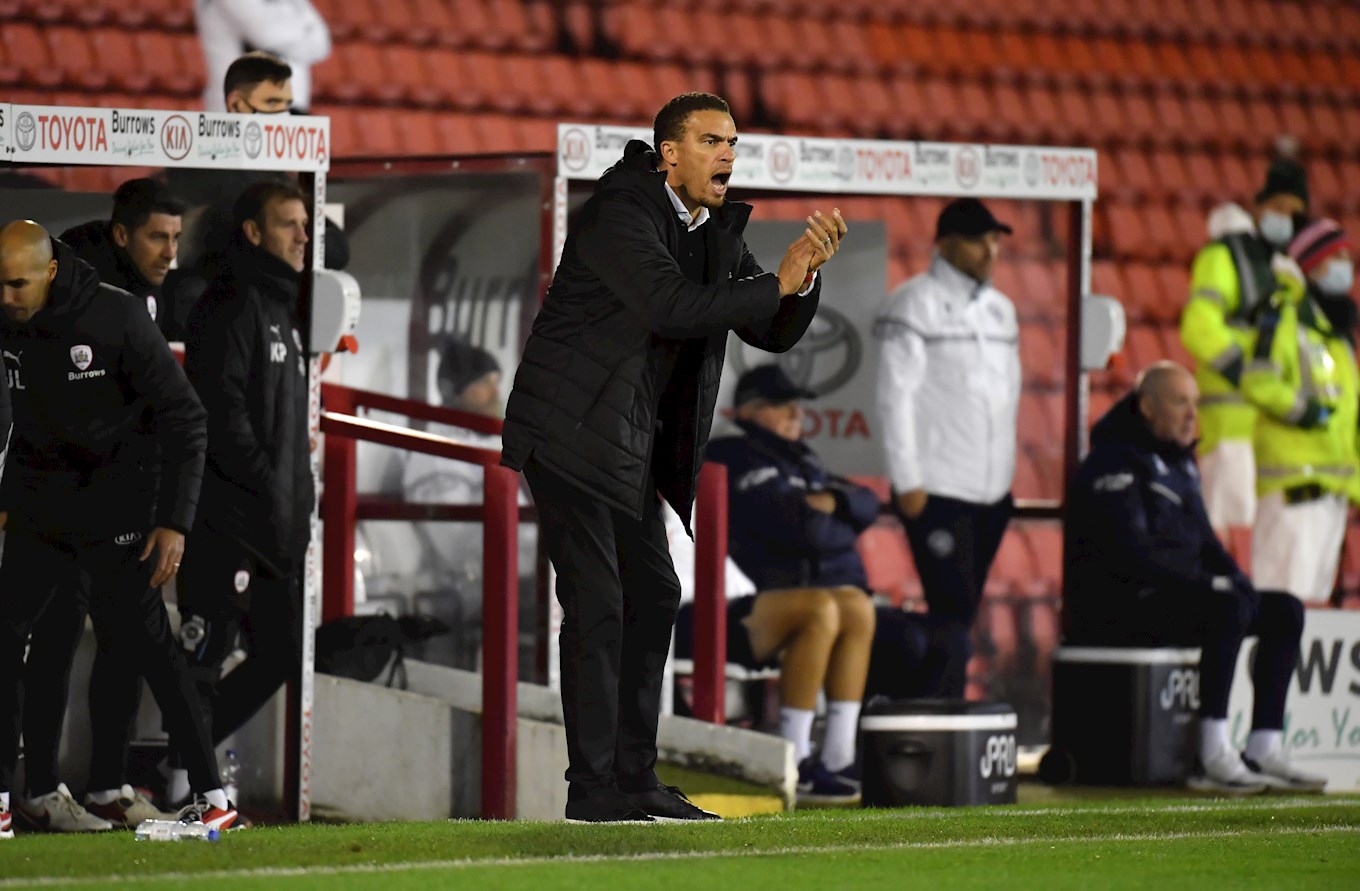 Reds' Head Coach, Valérien Ismaël will need to weigh up his options heading into this one, with fixtures continuing to come thick and fast, he might well opt to mix things up a little in terms of selection. 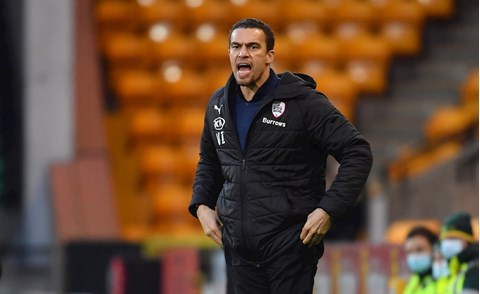 But this is the greatest cup competition in the world and the Frenchman could go full strength in order to maximise his side's chances of progressing to the next round.

He will be without new signings Liam Kitching and Carlton Morris who are ineligible having already appeared in this competition with their previous clubs.

But defender Jordan Williams has finally returned to full training and will be looking to get some minutes into his legs after a lengthy layoff. 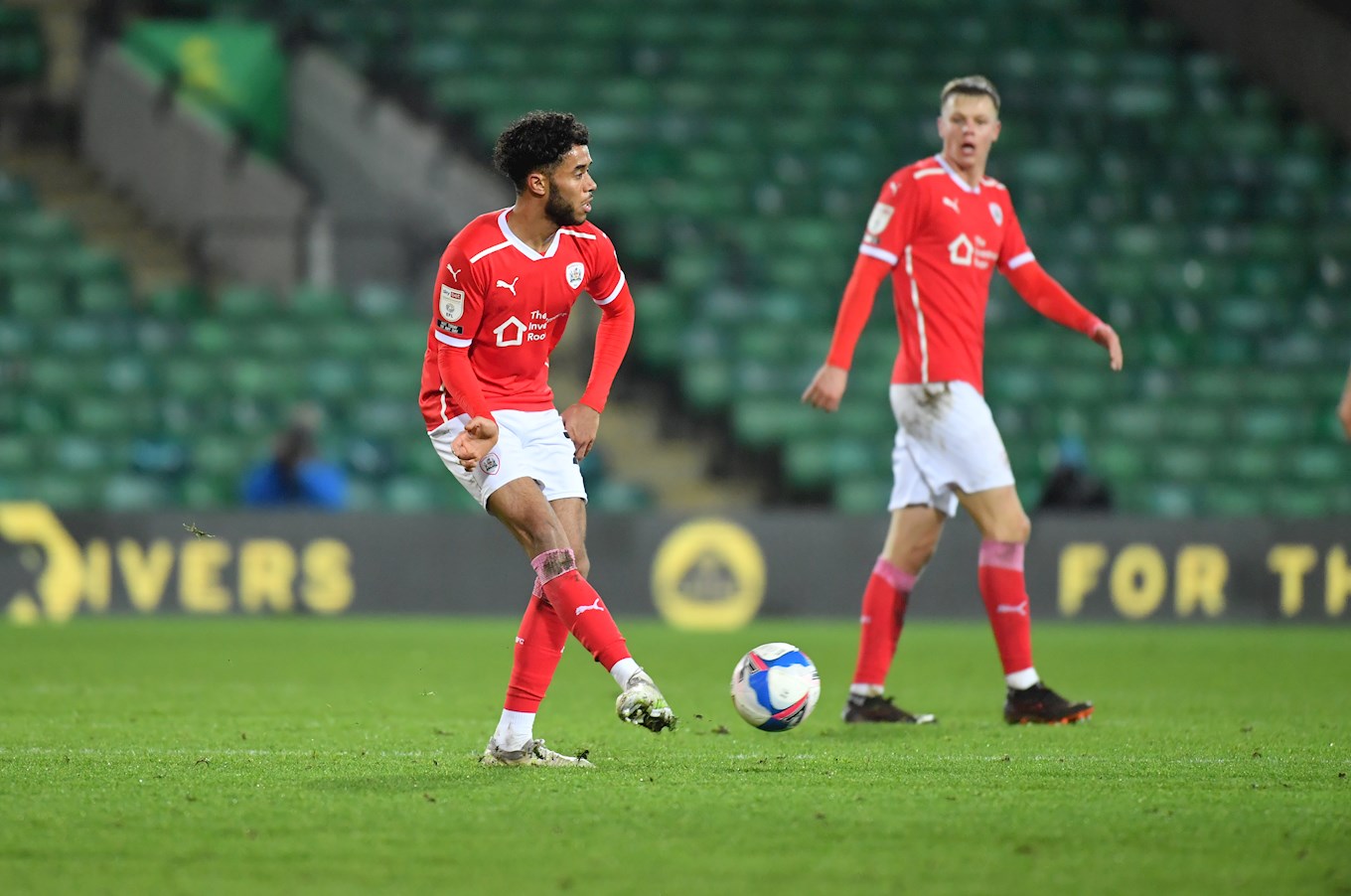 There's a slot that needs filling in the centre of the park now that Matty James' loan spell has come to an end and all of Herbie Kane, Romal Palmer and Isaac Christie-Davies will be hoping to be given an opportunity.

Ahead of Sunday's cup tie, the gaffer and forward Conor Chaplin spoke with the assembled media to help preview the clash and their pre-match interviews can be watched in full by clicking the linked videos below.

Rovers will arrive on Grove Street knowing that history is against them in terms of previous meetings in this particular fixture. In 26 matches at Oakwell, the side from the Wirrall are yet to come out on top.

No stranger to Reds supporters, the Whites' gaffer, Keith Hill spent 18 months in charge at Oakwell, nearly 10 years ago now.

He joined Tranmere in November of last year and it's been a mixed bag of results since his appointment at Prenton Park.

In three previous returns to the Oakwell dugout (as Rochdale manager), Hill has tasted defeat on each occasion so will be looking to put that right. He did however guide Rochdale to cup success against Barnsley here in August of 2010, a year prior to his arrival as Reds supremo.

Tranmere also have a couple of familiar faces in their squad, with midfielder Otis Kahn having made three substitute appearances for the Reds in the 2015/16 season and striker Stefan Payne who made a dozen appearances for Barnsley during the 2016/17 campaign without scoring. 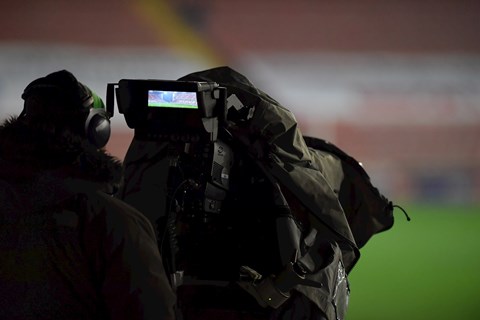 Due to broadcast restrictions, there will be no iFollow Barnsley live stream for this fixture, but audio commentary is available as usual.

For more information on how/where you can watch Sunday's game, please follow THIS link. 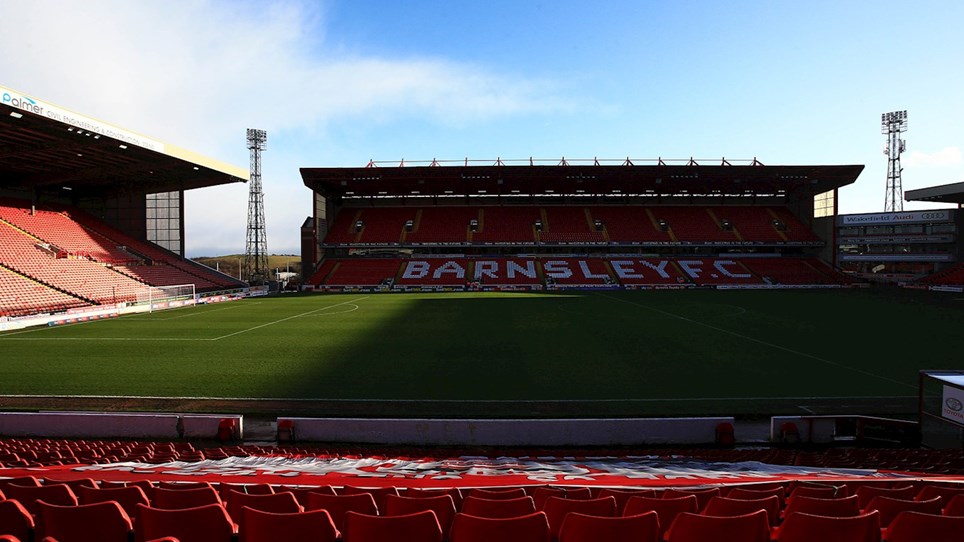 
Our Emirates FA Cup third round tie at home to Tranmere Rovers will take place on Sunday 10 January 2021, kick-off at 1:30pm.

Barnsley progressed to the fourth round of the Emirates FA Cup with a 2-0 victory at home to Tranmere Rovers on Sunday afternoon.

Michael Helik’s second half header was added to by Cauley Woodrow’s penalty deep into stoppage time to see the Reds safely through.

After a cagey start from both sides, it was Barnsley who registered the first shot in anger as Conor Chaplin whistled an effort narrowly wide of the upright that rippled the side netting.

Moments later, our diminutive forward brought the ball down well and finished neatly at the near post only to see the linesman’s flag raised.

The Reds continued to carve out openings at will, with intricate play around the area leading to a half-chance for Callum Styles before Dominik Frieser saw an effort hacked clear after Woodrow had seen his effort saved by Scott Davies.

Those two combined shortly after, with the Austrian bursting down the left flank and picking out our top scorer with a pin-point cross but Woodrow’s glancing header flashed just wide of the far post.

But Rovers still posed a threat on the counter and when Kayne Woolery broke down the right wing, Brad Collins had to be at his best to thwart James Vaughan with his legs.

Barnsley still had time to launch another attack of their own before the interval, but the visitors stood strong as the ever-lively Chaplin saw his shot blocked by a sprawling defender.

Woolery continued to be a thorn in the Reds’ side and he sped clear once more in the opening stages of the second half, but his low cross evaded Morgan Ferrier in the area.

Shortly before the hour mark, though, Barnsley made the breakthrough when substitute Luke Thomas linked up well with Alex Mowatt and Herbie Kane before the latter floated a ball in for Helik to head home.

The visitors searched for a way back into the game and Otis Khan fired a free-kick over Collins’ bar from 25-yards midway through the half before Woolery lashed a half-volley over moments later.

With Tranmere searching for an equaliser, the Reds were able to exploit gaps and Callum Styles found space inside the box but saw his shot cannon back off Victor Adeboyejo.

As time ticked away, Thomas was hauled over inside the area by a Rovers defender and Woodrow confidently stepped up to slam home and secure safe passage to the next round.


Our Emirates FA Cup third round tie at home to Tranmere Rovers will take place on Sunday 10 January 2021, kick-off at 1:30pm.