The Reds' Emirates FA Cup journey continues for 20/21 with the visit of Norwich City in the fourth round.

This Saturday 23 January 2021, Barnsley welcome league leaders, Norwich City to Oakwell, but not in league action.

It's a 3pm kick-off in this Emirates FA Cup fourth round tie, as the Reds look to clip the Canaries' feathers and set up a fifth round home clash with either Luton Town or Chelsea. 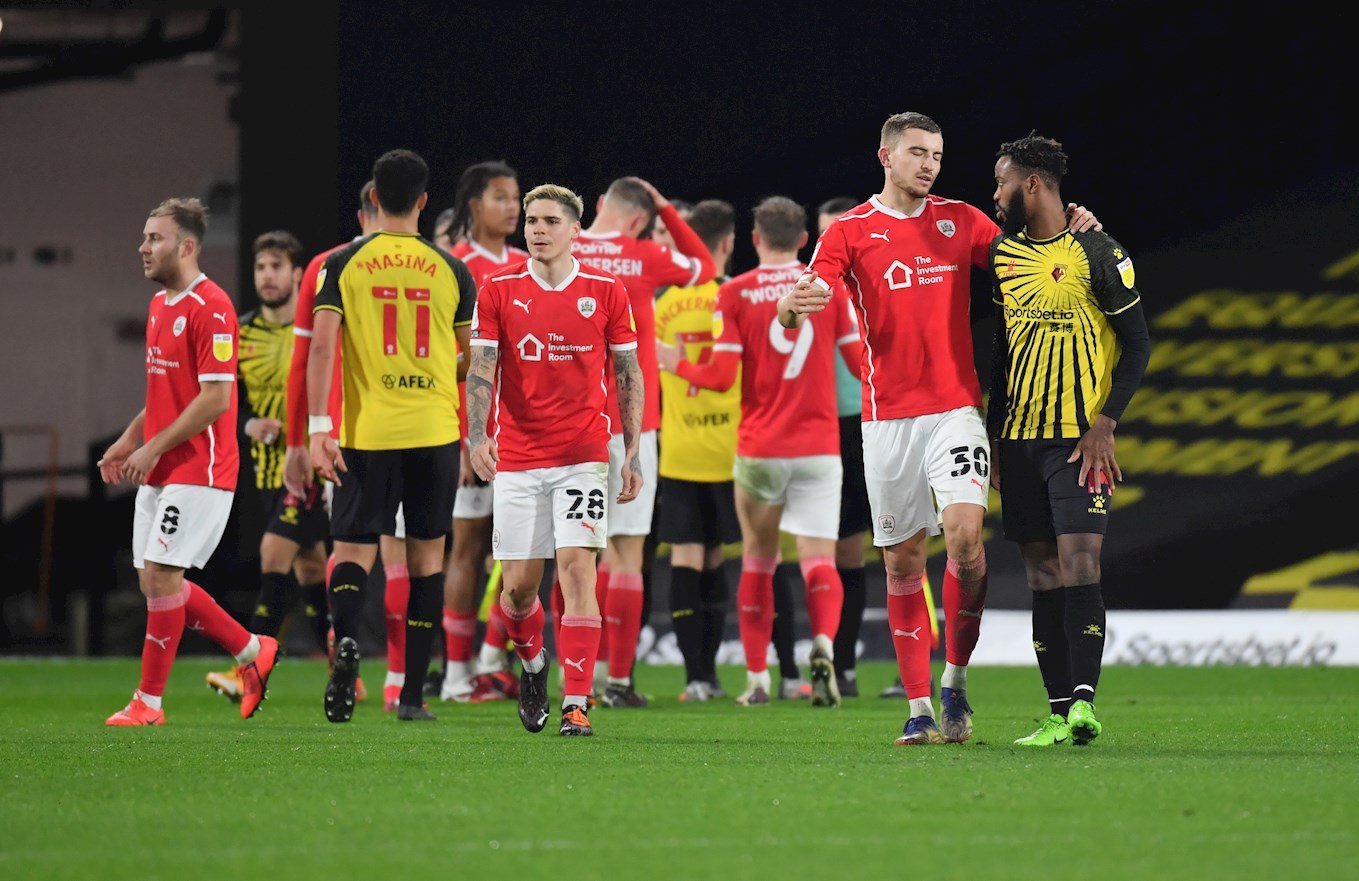 That 1-0 loss at Vicarage Road was another tough one to swallow, having ran the hosts close but to no avail. Kicking off the new year with those three defeats isn't ideal, but all of them were tight affairs against the top three in the division. 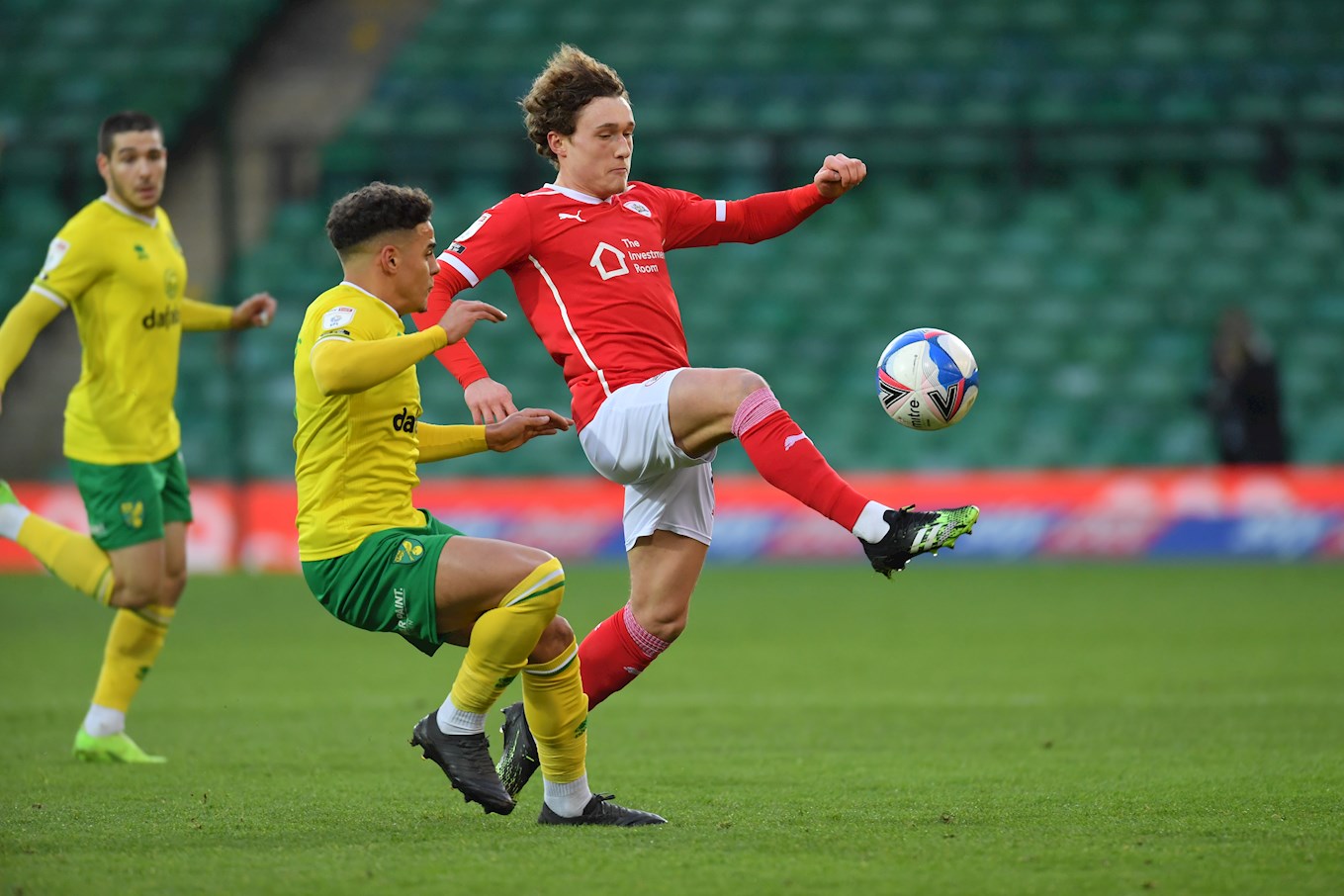 The first of those losses was against this weekend's opposition. Our first game of 2021 was a 1-0 defeat at Carrow Road in a game the Reds did themselves proud in. But naturally, that makes us underdogs going into Saturday.

Without the services of ex-Canary Carlton Morris owing to him being cup-tied and with a number of players looking a little leggy in Hertfordshire on Tuesday evening, Ismaël could well shuffle the pack at Oakwell this weekend. 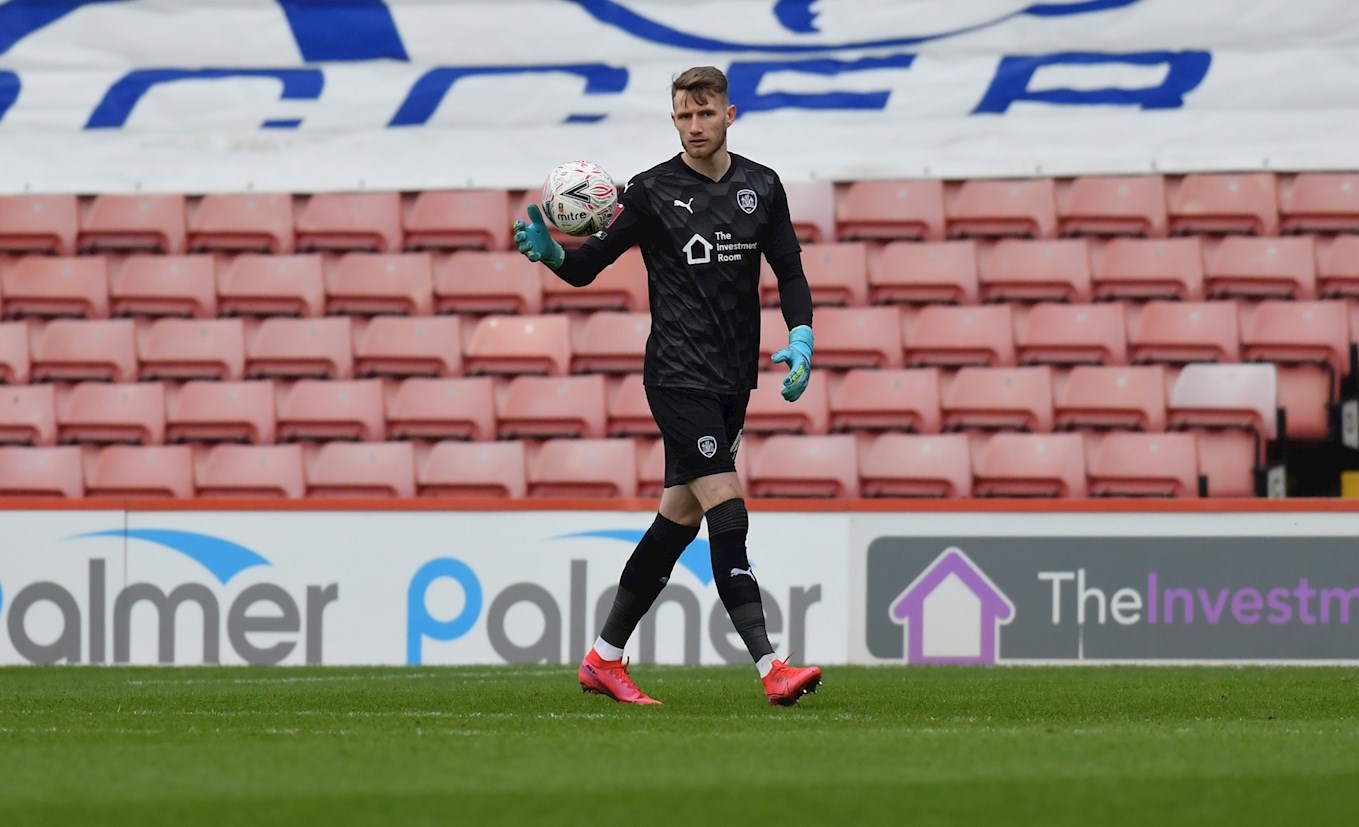 The likes of Dominik Frieser, Herbie Kane, Toby Sibbick and Brad Collins will all be looking for a place in the starting lineup having had to sit on the bench at Watford, whilst Austrian striker Patrick Schmidt might have a case for a rare start with the Reds' lack of goals since the new calendars were put up.

Norwich have since beaten both Cardiff and Bristol City since their slim victory over Barnsley three weeks ago. They're the form team in the Championship this term and looking a safe bet for one of the two automatic promotion spots.

But whilst they do dominate the Reds when we travel to their patch, it's been 10 years since the Canaries won at Oakwell. 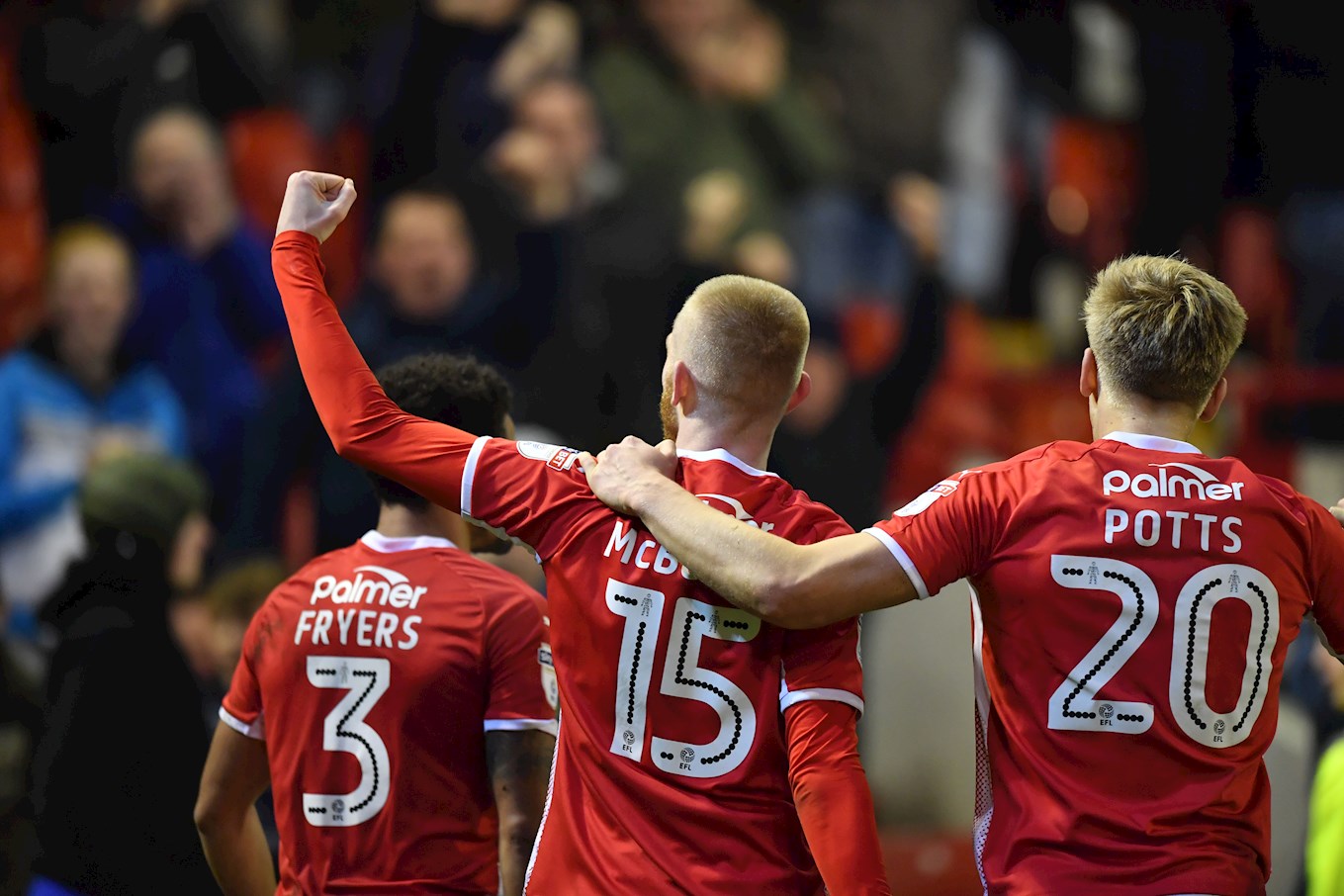 It's just three years since they last visited the Reds, in a match that ended 1-1 with Josh Murphy's second half strike cancelling out Oli McBurnie's opener for Barnsley.

We will have live audio commentary on iFollow Barnsley this Saturday, but fans should be aware that we do not hold the rights for live streaming, with subscription service BT Sport picking up the tie. 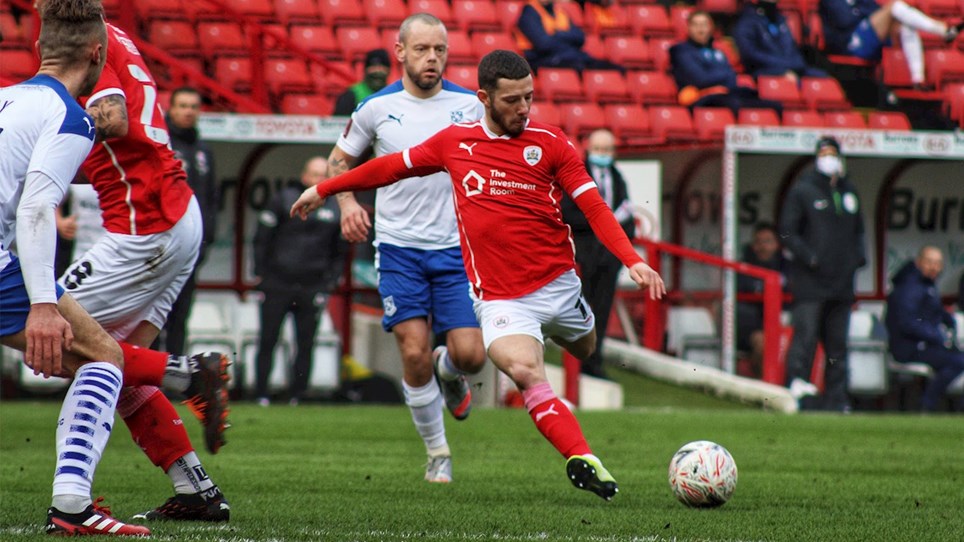 
Our Emirates FA Cup fourth round tie with Norwich City will be played on Saturday 23 January.

Barnsley progressed to the fifth round of the Emirates FA Cup with a 1-0 victory over Norwich City at Oakwell.

The Reds were dominant from start to finish and fully deserved their win against the Sky Bet Championship high-fliers, who rarely threatened on a cold Saturday afternoon in South Yorkshire.

Callum Styles was the hero for Valérien Ismaël’s side, as he popped up to score the winner and set-up a home tie with either Chelsea or Luton Town.

The visitors, awash with quality despite the noticeable absence of Todd Cantwell and Teemu Pukki, looked to try and beat the Reds’ press as they played out from the back, but were repelled in the opening stages – and throughout the contest.

Just before the quarter-hour mark, Michał Helik saw his header well saved by Krul following a short corner routine as the hosts searched for a breakthrough.

Palmer again tried his luck from the edge of the area, but he slipped as he shot straight at City’s Dutch international ‘keeper.

Barnsley continued to carve out opportunities and, after neat play between Dominik Frieser and Alex Mowatt, Callum Brittain fired a delightful ball across the face of goal that the flying Styles just couldn’t connect with.

It was one way traffic and from another Brittain cross, Styles’ effort was blocked and Frieser’s rebound was spilled by Krul before being hacked clear by a Norwich defender.

Seven minutes before the interval, the Canaries registered their first attempt in anger when Max Aarons unleashed a fierce drive from 30-yards that dipped narrowly over Brad Collins’ crossbar.

Mads Andersen played a wonderful cross-field ball for Brittain, who again found a telling cross. Frieser brought it down well, but Victor Adeboyejo prodded over from inside the area.

Styles was next to try his luck as he jinked inside Aarons after expertly controlling Mowatt’s pass, but his stinging strike was parried behind by Krul as a breathless opening 45 minutes drew to a close.

The Reds picked up where they left off after the restart and Woodrow latched onto Frieser’s flick-on but saw his effort blocked by the sliding Grant Hanley.

Eventually, the breakthrough came when another deep Brittain cross evaded everyone and Styles was able to collect at the far post, swivel and fire a low strike into the bottom corner ten minutes into the second half.

Shortly after the hour mark, Mowatt played a fine ball over the top and Frieser headed it into the path of Woodrow, who couldn’t make contact as he attempted a volley from 12-yards.

Norwich started to get a foothold in the contest following the introduction of Oliver Skipp and Emi Buendi midway through the half, and almost levelled the scores when Przemyslaw Placheta rattled the bar after an intricate passing move.

A slip from Lukas Rupp allowed Brittain to steal possession and he fed Chaplin who was next in a long line of Barnsley players to be denied by Krul.

From that opportunity, the visitors broke at pace and Placheta burst into the area and unselfishly squared for Buendia but Styles was there with a heroic block to keep the Reds ahead.

With ten minutes remaining, Chaplin took aim from 25-yards but Krul was equal to it once more with a flying save up to his right.

City applied late pressure, but the Reds were able to soak it up and secure their place in the next round.


Our Emirates FA Cup fourth round tie with Norwich City will be played on Saturday 23 January.