It's a trip to the South West for the Reds this weekend as we head to Bristol to take on the managerless Robins.

Straight back to business for Barnsley, such is the nature of this hectic season where games come at you in the blink of an eye.

With back-to-back wins picked up last week, the Reds have put some real distance between themselves and the dreaded bottom three. 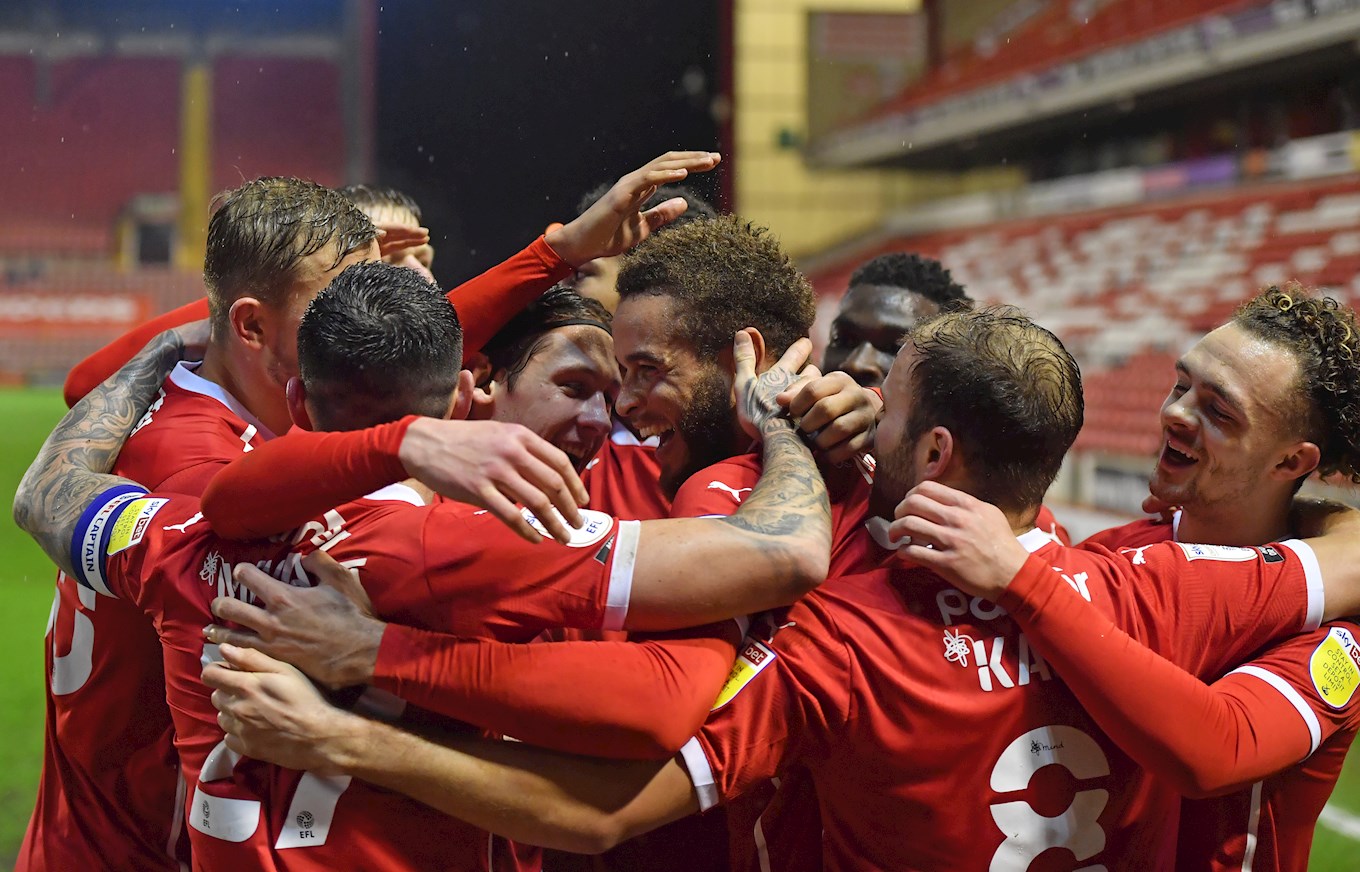 Some might be looking towards the top six, with the gap to those playoff positions half the size of the one down to Sheffield Wednesday and the drop zone.

But as Valérien Ismaël keeps repeating - one by one.

And following the midweek victory over Blackburn Rovers - which saw us jump Tony Mowbray's side in the process - where Carlton Morris and Alex Mowatt struck second half goals, it's a long trip to Ashton Gate this weekend. 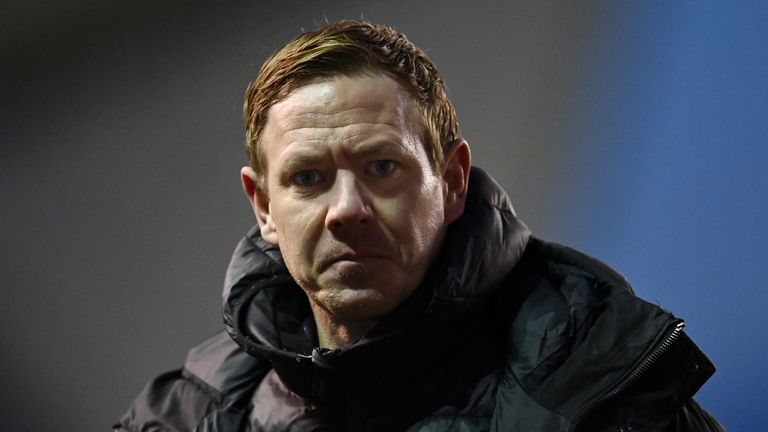 Our opponents on Saturday dismissed Dean Holden after their last result, a 2-0 home defeat at the hands of high-flying Reading.

Tipped for promotion again last summer, having made some intriguing signings to bolster an already exciting squad, it's been a bit hit and miss for the Robins who come into our clash in 14th position.

That's just three points behind the Reds however, in what has become a very congested mid-table.

Bristol City have lost their last five league fixtures, failing to score in four of them, and will be lead in the interim by coaches Paul Simpson and Keith Downing. 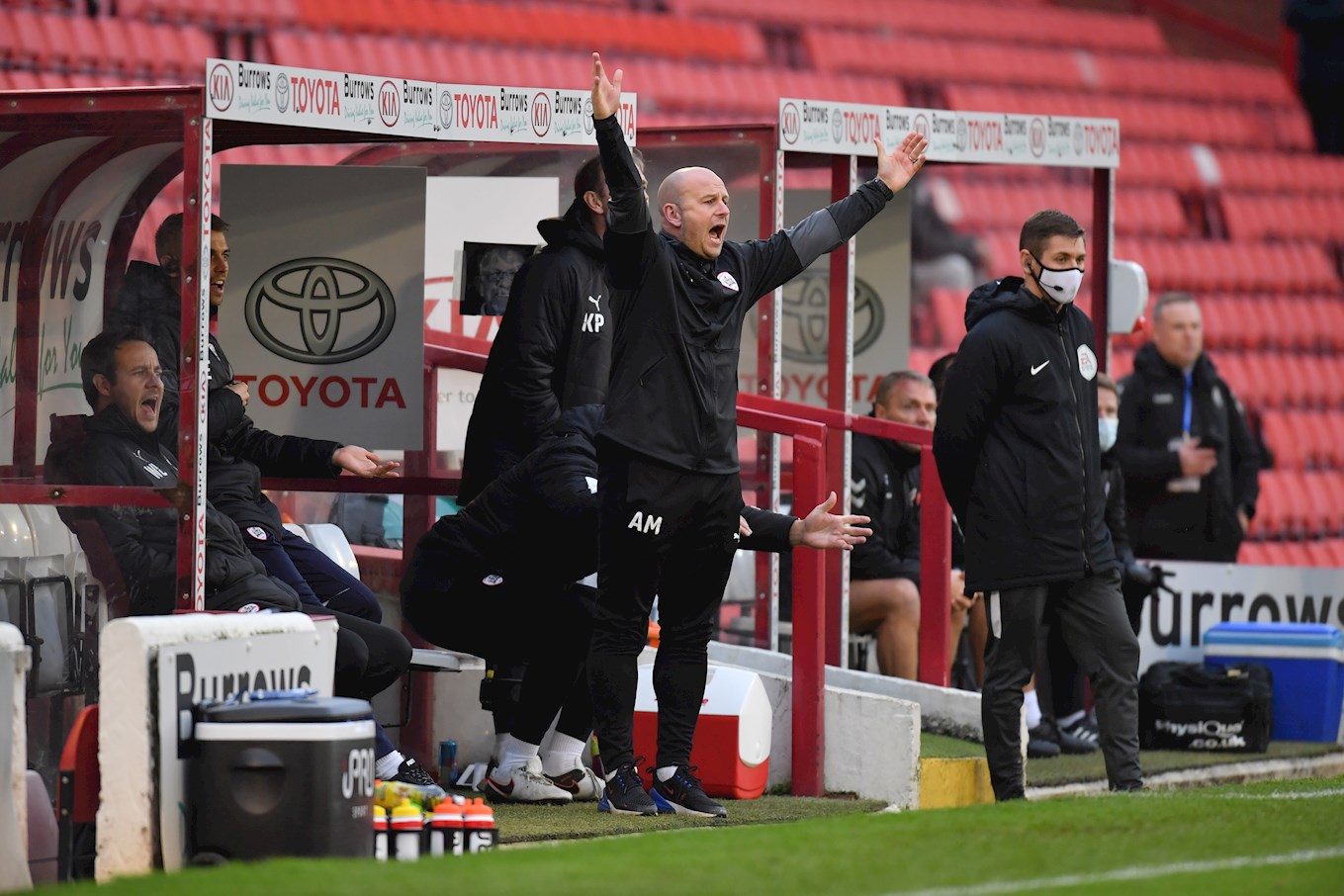 The two sides played out an entertaining 2-2 draw at Oakwell (as ever) earlier in the season, when it was the Reds who had a caretaker coach in the dugout, in Adam Murray.

But in terms of previous clashes at Ashton Gate, it is far from a happy hunting ground for Barnsley historically speaking.

In fact, we've to go all the way back to 1993 for our last win down there; goals from Ian Bryson and Neil Redfearn secured us a 2-0 win back then. 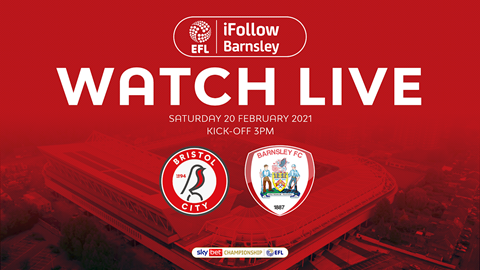 The Reds have lost five of the last six visits, drawing in Bristol back in 2015 under Lee Johnson's reign.

We will have live coverage of the match on iFollow Barnsley as the Reds attempt to put an end to that wretched run of form at Ashton Gate and get ever-closer to that 50-point marker.

The Reds made it three consecutive Sky Bet Championship victories with a solid win at Ashton Gate.

A second half Carlton Morris strike was enough for Barnsley against a struggling Bristol City side this afternoon.

The big man's third goal in as many games sealed a first Reds victory at Ashton Gate in 28 years.

Head Coach, Valérien Ismaël had brought Daryl Dike and Michael Sollbauer back into his starting lineup for this one, with Finnish centre half Aapo Halme making a welcome return to the squad with a place on the bench as he makes his way back from injury.

The first half was dominated by the Reds, but clear-cut chances were few and far between. Of those few opportunities created, the visitors failed to make them count in the opening 45.

It was another blistering Reds start however, and inside the opening 10 minutes, Dike - who proved a handful again up front - looked to have been felled in the Robins' penalty area but the referee waved away any appeals for the foul. Replays suggested Mr James Linington made the correct call.

The lively Conor Chaplin, playing off the right flank fired off a fierce snapshot on the half-volley from just outside the box that warmed the hands of Robins goalkeeper Dan Bentley.

Soon afterwards, an inswinging Alex Mowatt corner looked to have curled straight into the net but the official spotted an infringement and awarded the home side a free-kick as a Robins defender hacked away from the goalline.

Barnsley's best chance of the first half came when Polish defender Michal Helik ghosted into the box, taking advantage of some slack defending and looked for all the world as though he'd fire into an empty net but his effort was skied over the bar. It was a head-in-hands moment for the usually lethal centre back.

Dike then stretched out a leg to try and divert a Mads Andersen header towards goal from a Mowatt free-kick but his hooked attempt comfortably cleared the crossbar.

The nearest 'moment' for Bristol City came in the closing stages of the half when a lack of communication at the back saw Andersen ignore his 'keeper's shouts and instead look to nod back a header to Brad Collins, but despite the Robins getting hold of the ball with the Reds defence all at sea, the hosts couldn't capitalise, summing up their wretched form of late.

The flow of the game was unmoved as we kicked off the second half, with an early chance for Chaplin just after the break when he saw a cute little flick towards goal well held by Bentley, after a fine cross by Callum Styles from the left-hand side.

On the opposite side, Callum Brittain then found his way into the box with some neat footwork but could also, only shoot straight at the goalkeeper from a central position, 10 yards from goal.

Ismaël had seen enough and went to his bench; the Frenchman made a triple change just before the hour-mark, withdrawing all of Woodrow, Chaplin and Styles, with Victor Adeboyejo, Carlton Morris and Jordan Williams entering the fray.

The Reds won the ball well in midfield on 65 minutes and Morris fed Brittain out wide on the right, but his low cross was stabbed clear with Reds bodies waiting to pounce. But the momentum was growing; the feeling was that a Barnsley goal was almost inevitable.

And indeed, the pressure paid off just two minutes later when Mowatt's latest corner kick was eventually slammed in by Morris from a yard out for his third goal in as many games, after Sollbauer had kept the ball alive at the far post. It was the most deserved goal you could imagine, such was the away side's dominance.

The captain, Mowatt then tried an ambitious effort from all of 35 yards but it flew over the bar. The Reds were pressing hard for that second goal.

Toby Sibbick joined the action on 75 minutes, replacing the impressive Sollbauer and he saw a close-range header fly just over the bar from another Mowatt free-kick.

The Robins never looked likely to hit back, and the Reds finished the game in control, to make it back-to-back away wins and move just five points from that 50-point marker set out by Ismaël three months ago. 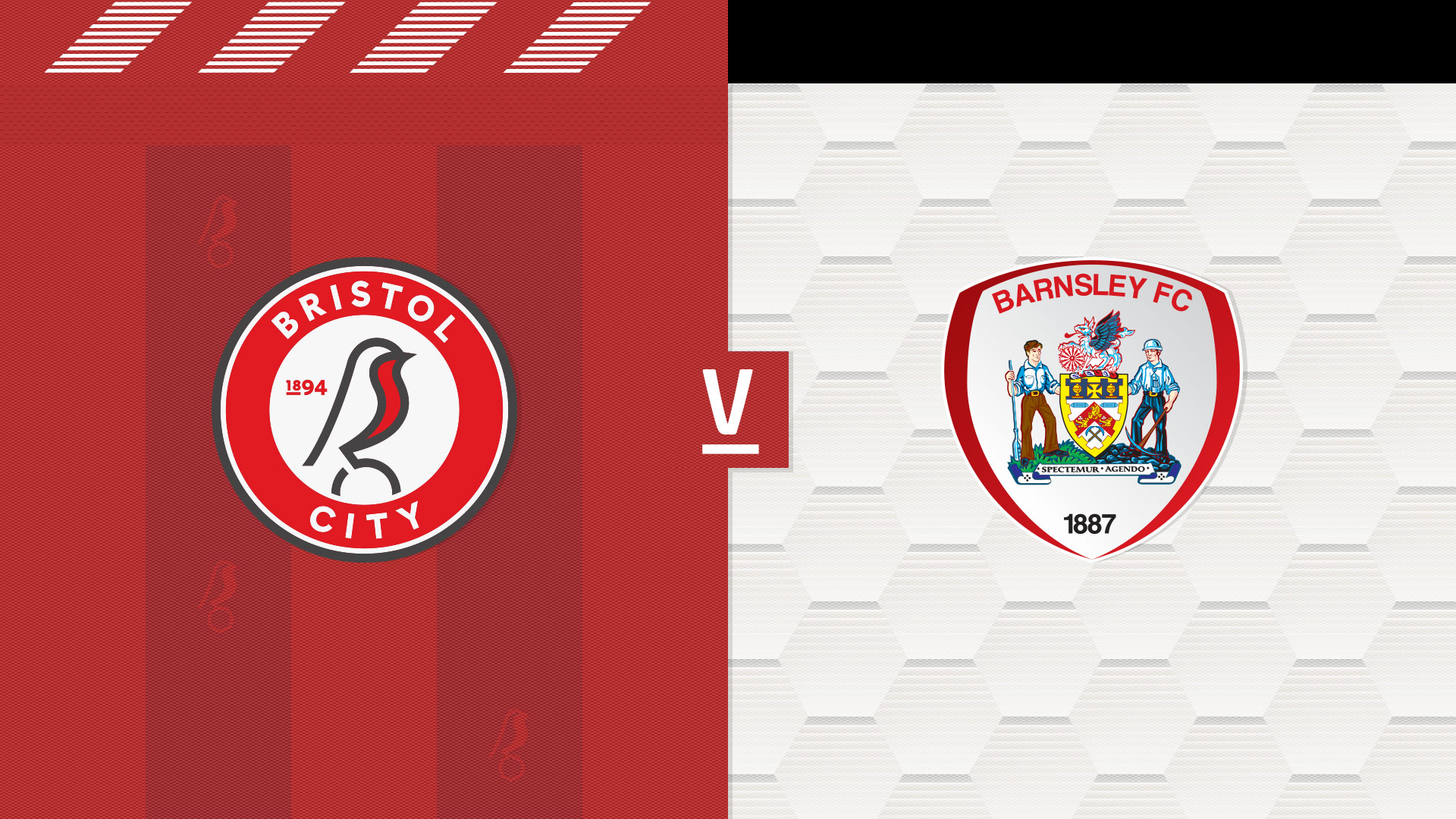 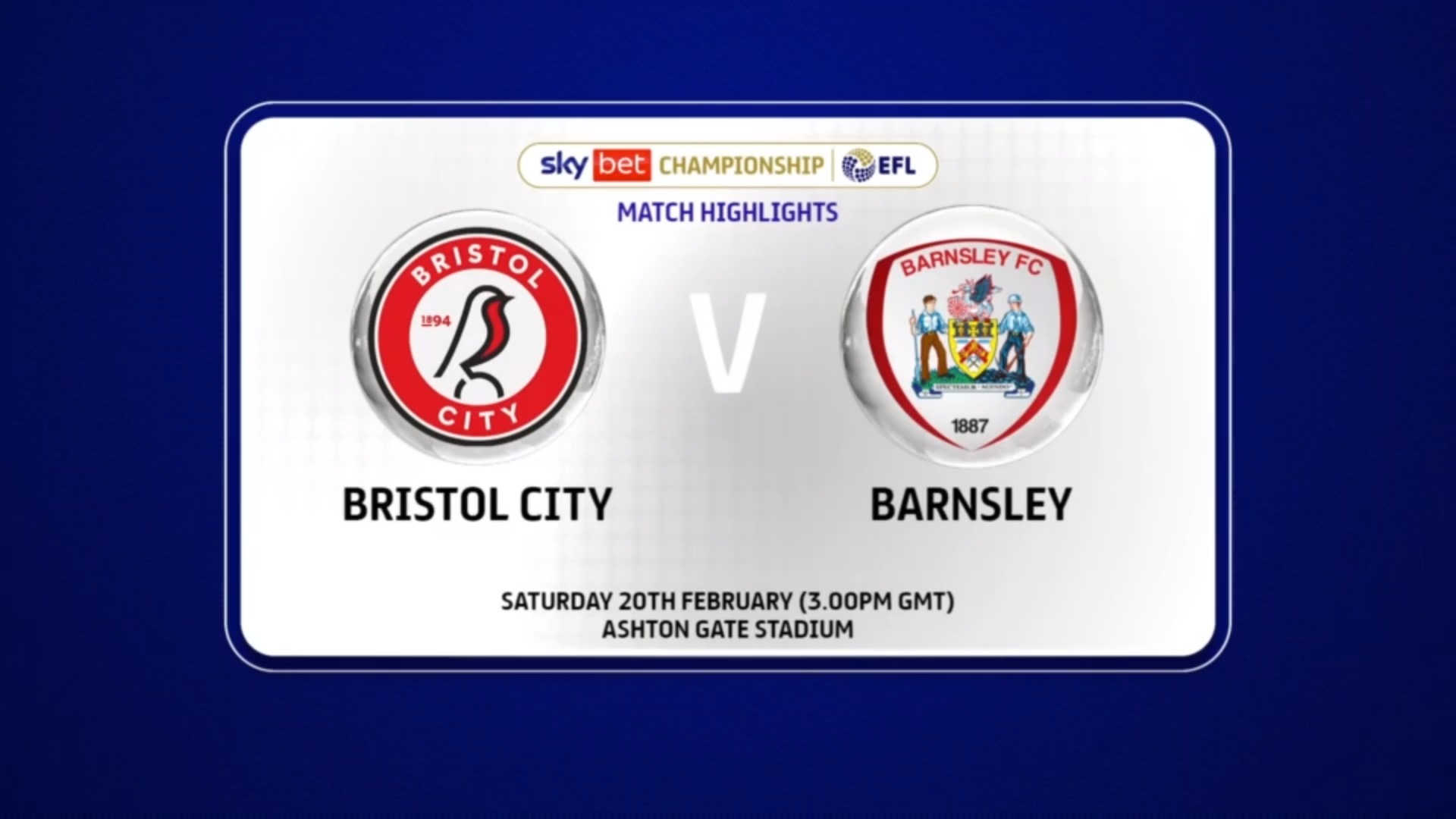 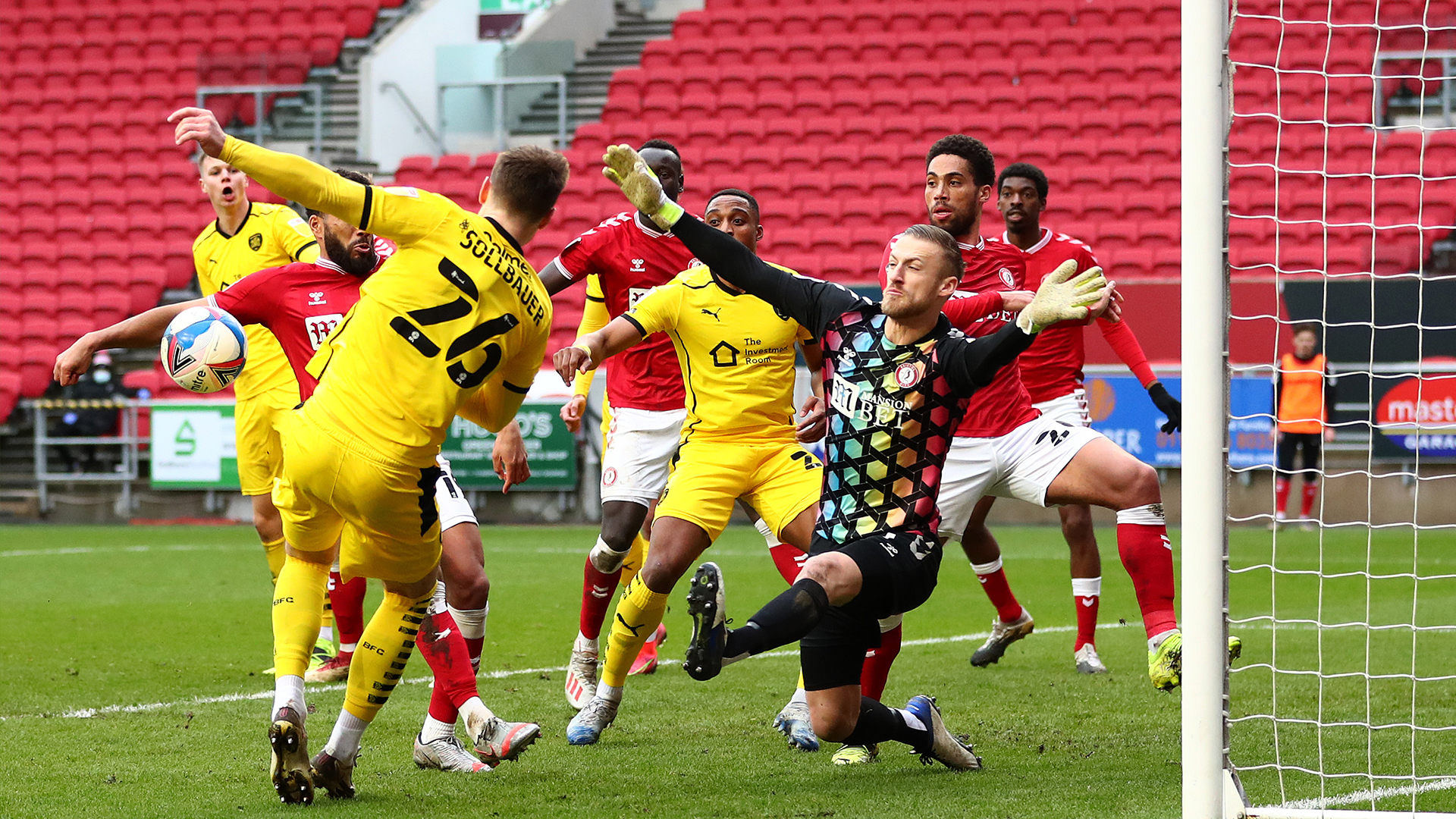