The Reds are all set to play their fifth game in 13 days as we look forward to welcoming Stoke City to Oakwell in Sky Bet Championship action.

It's a return to home soil this week with back-to-back home fixtures coming up as Barnsley look to continue their recent resurgence, kicking off on Wednesday 24 February with a 7pm clash against Stoke City at Oakwell.

The in-form Reds are unbeaten in five league fixtures and have won their last three on the bounce, with back-to-back clean sheets away from home. 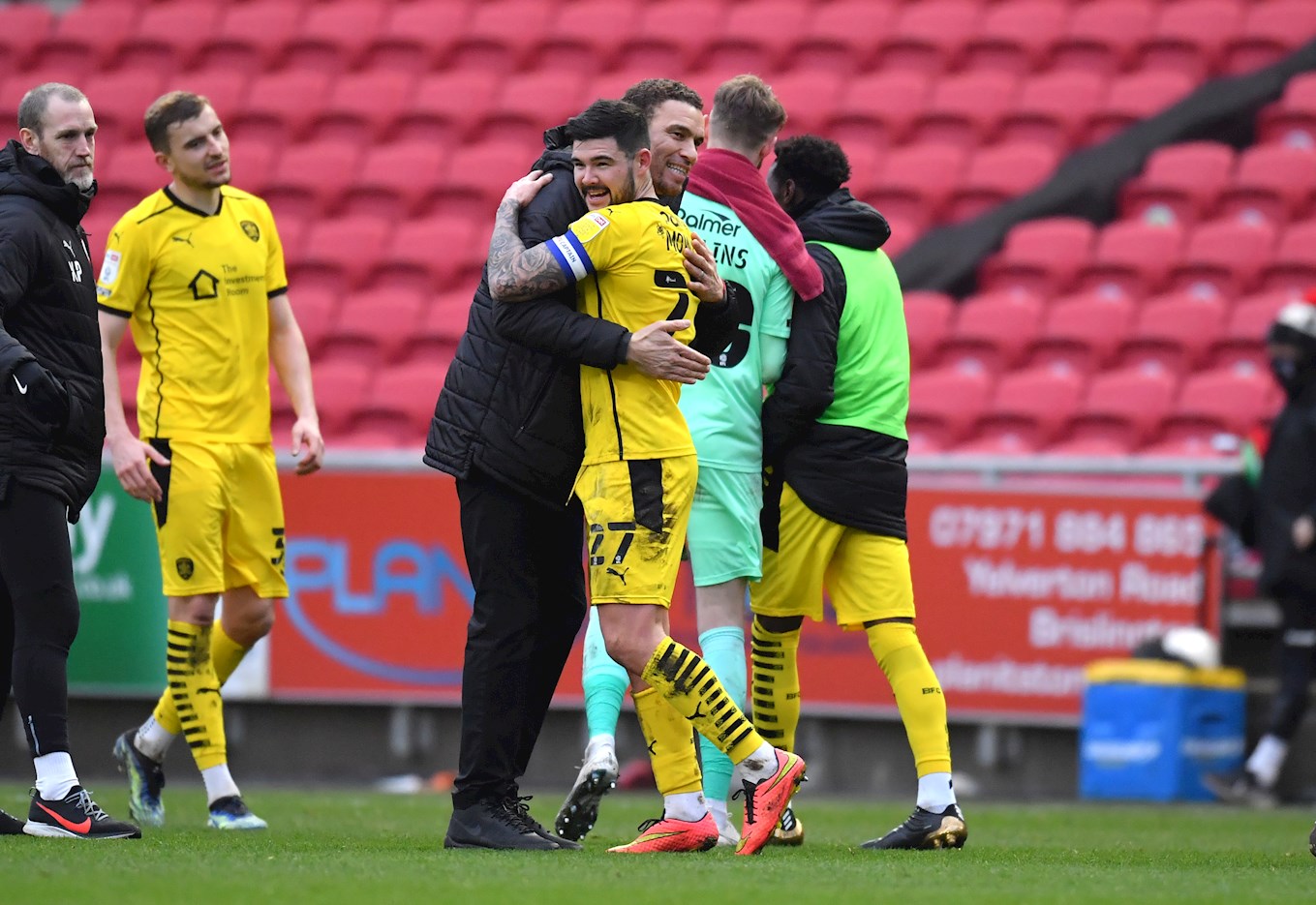 A weekend win at Bristol City - the Reds' first at Ashton Gate since 1993 - saw Barnsley close the gap to the final playoff position to just four points, but more importantly, increased the gap to the bottom three to 16 points.

As Head Coach, Valérien Ismaël often points out, the target is to secure our second tier status as soon as possible, and the Reds - after Carlton Morris' goal secured the weekend's 1-0 win against the Robins - are just five points shy of that 50-point marker often seen as the safety figure at this level. 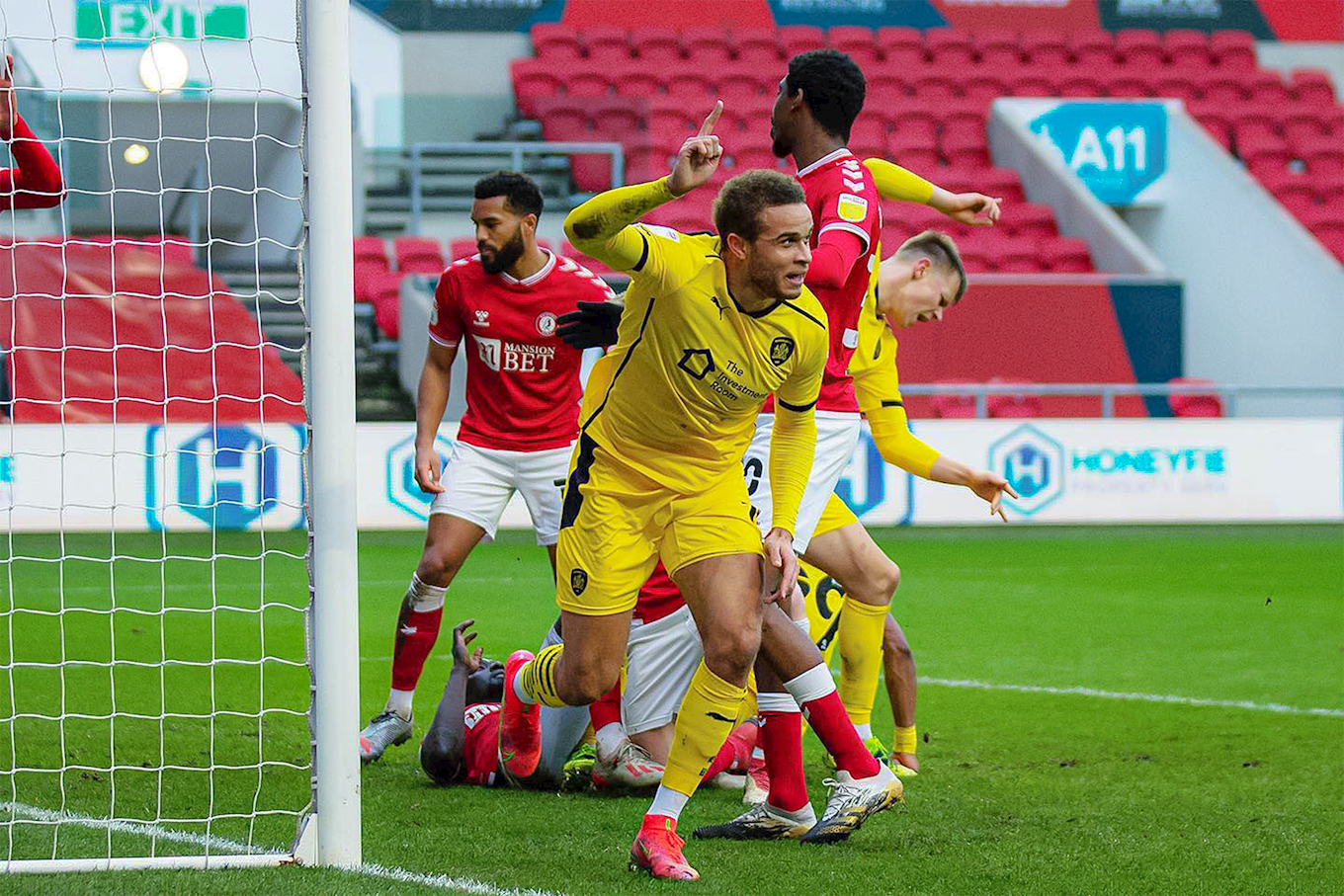 The performance at Ashton Gate wasn't quite at the level seen a week earlier in Brentford, but it was a dominant, one-sided display regardless, and surprising that it took until the 67th minute to take a lead the Reds never once looked likely to surrender.

Morris' third goal in as many games, again from the bench as he'd done just three days earlier against Blackburn Rovers confirmed the Reds' sixth road-win of the season, and our 13th victory in total in 20/21.

To put that into context, with 16 games of this season still to play, Barnsley only won 12 matches across the entirety of last term. 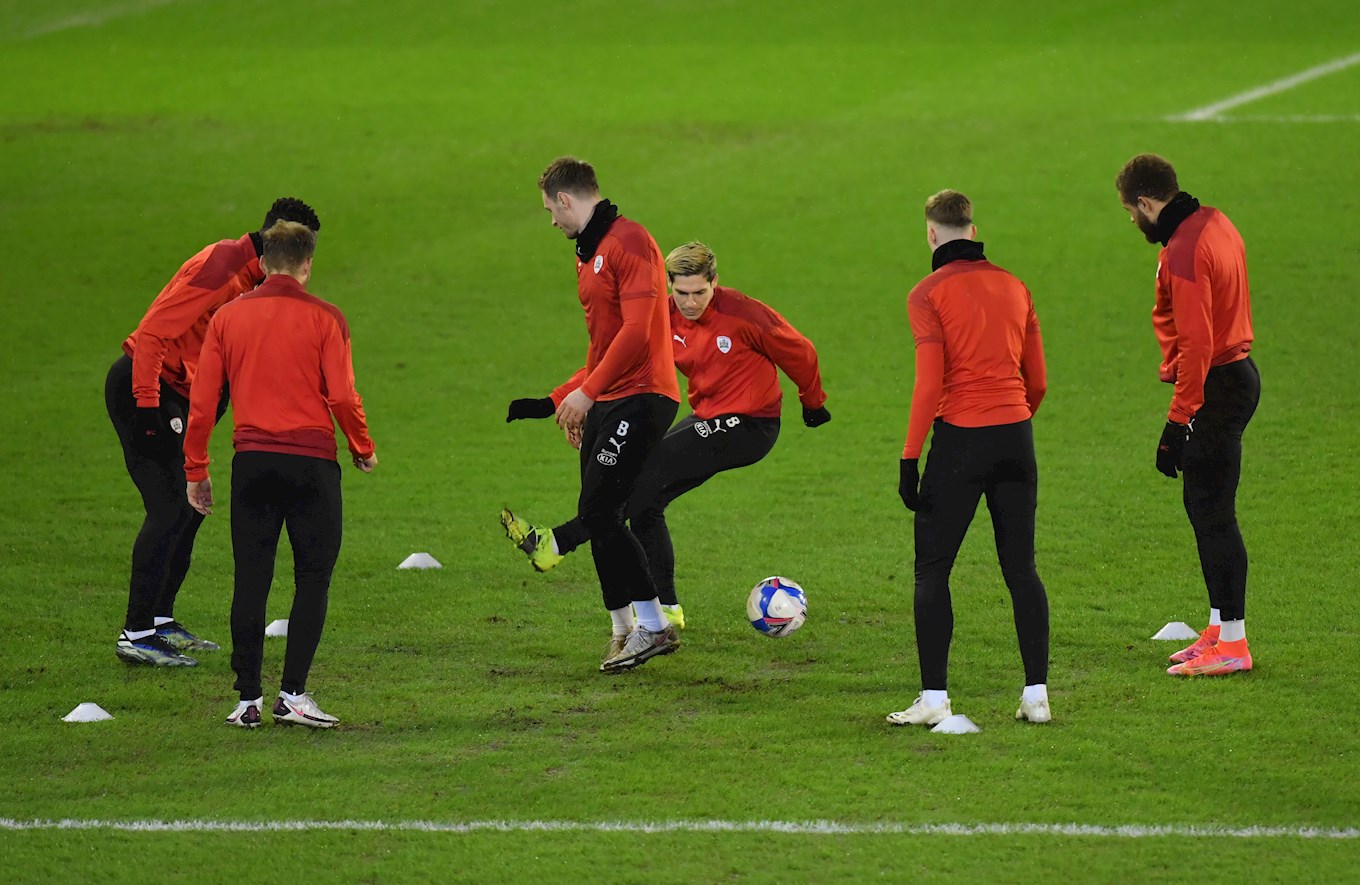 Ismaël and his side are just 13 points shy of the total accrued by Paul Heckingbottom's squad in the 2016/17 campaign; that 14th-place finish the Reds' highest at this level since the year 2000.

Stoke are on 45 points, like the Reds, but have played a game extra so far and do hold a slightly superior goal difference. 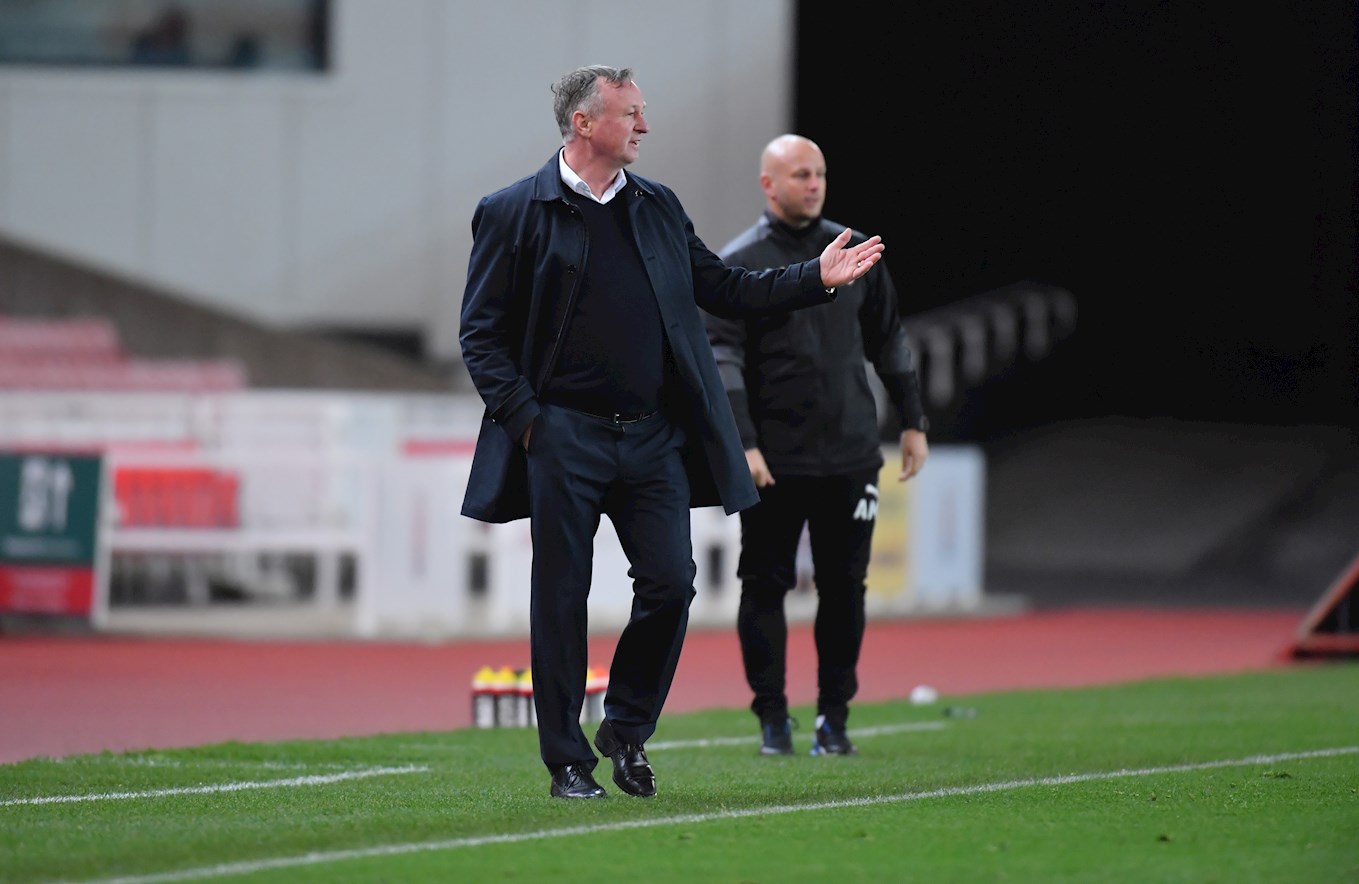 When the two sides met earlier this season, Adam Murray was caretaker coach and the game finished 2-2 with Barnsley twice surrendering the lead at the bet365 Stadium, with the hosts reduced to 10-men in the second half.

In this clash last term, the Reds - again, with Murray in caretaker charge - were beaten 4-2 in what was O'Neill's first match in charge of the Potters.

The Reds haven't beaten Stoke at Oakwell since 1996, a 3-0 victory (Neil Thompson - below - celebrates scoring that night), during the season that saw the club eventually promoted to the Premier League. 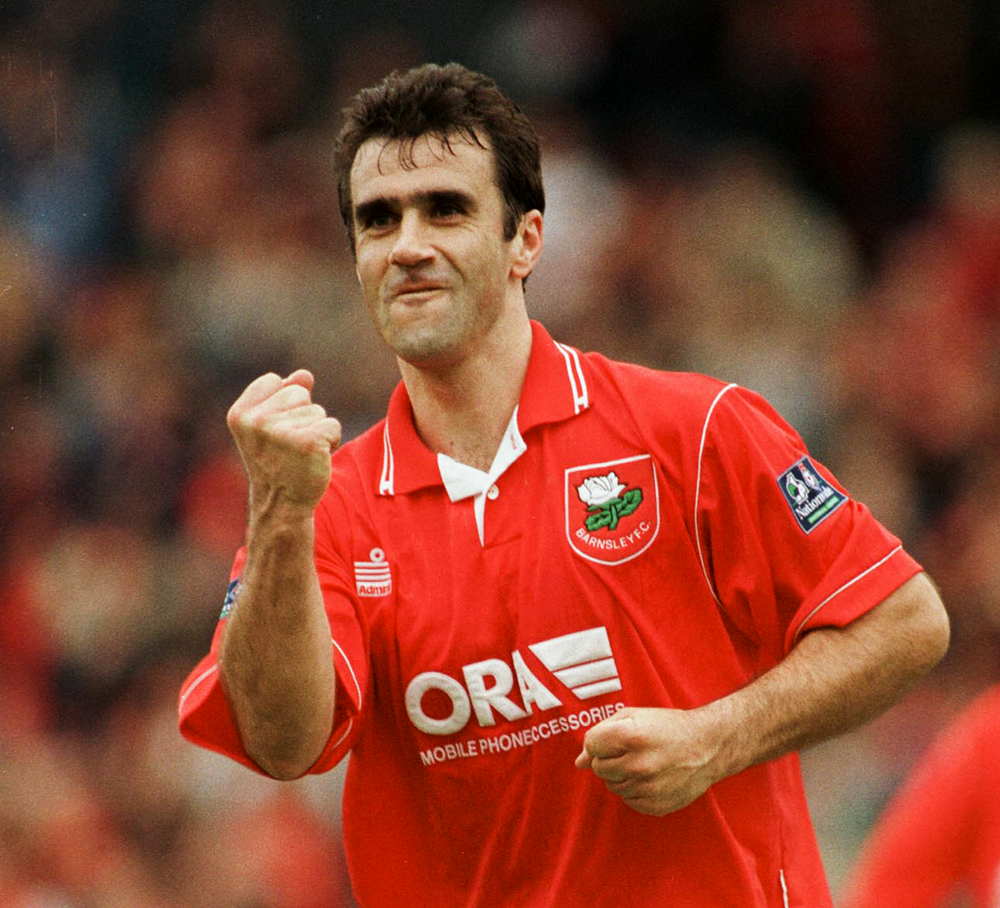 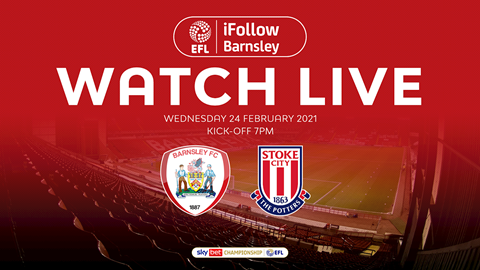 But it's a very even contest in historical terms, with both sides having won 22 of the fixtures played, with 17 others ending as draws, in a clash that was first played back in December of 1907 at Oakwell, when the visitors left with a 1-0 victory.

We will have live coverage of Wednesday night's game on iFollow Barnsley, with Matt Bailey on commentary duty from just before 7pm.


Our Sky Bet Championship fixture against Stoke City will now kick-off at 7pm.

Barnsley made it four consecutive wins as they eased to a 2-0 victory over Stoke City at Oakwell on Wednesday evening.

Callum Styles’ stunning early goal was added to by Daryl Dike’s late finish as the Reds climbed to eighth in the Sky Bet Championship table.

After making a bright start, it took just nine minutes for Barnsley to make the breakthrough when Styles fired a blistering strike from 25-yards that whistled unerringly into Angus Gunn’s far corner.

Stoke looked to hit back immediately and had a couple of half-chances to level from corners, but John Obi Mikel skewed his efforts off target on both occasions.

In an end-to-end encounter, the Reds continued to carve out their own opportunities and when Carlton Morris held off Danny Batth, he teed up Romal Palmer who saw his low shot gathered by Gunn.

Just after the half hour mark, Barnsley had the ball in the back of the net once more, but Dominik Frieser was adjudged to be offside as he deftly lobbed it over the Potters’ ‘keeper.

At the midway point of an uneventful second half, Aapo Halme was introduced for his first minutes since our 2-1 victory over Sheffield Wednesday in December as Valérien Ismaël looked to add more steel to his midfield.

Barnsley still posed a greater threat and fellow substitutes, Victor Adeboyejo and Dike, combined well in the area but the former was unable to get his shot away before a Stoke defender hacked clear.

With time ticking away, Adeboyejo picked out Conor Chaplin who in turn played a magnificent pass through to Dike to slot home his first goal for the Reds and seal all three points.


Our Sky Bet Championship fixture against Stoke City will now kick-off at 7pm. 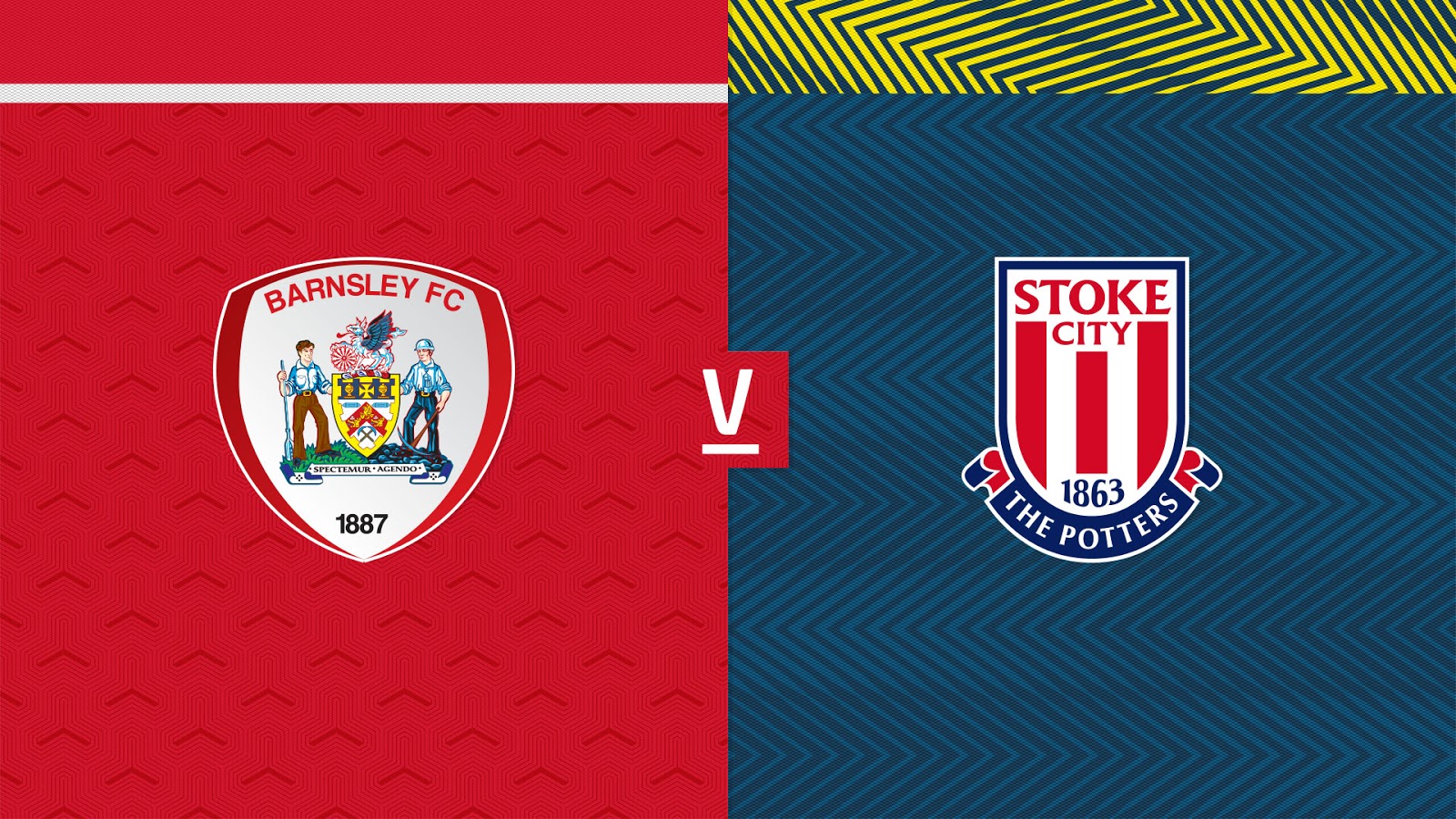 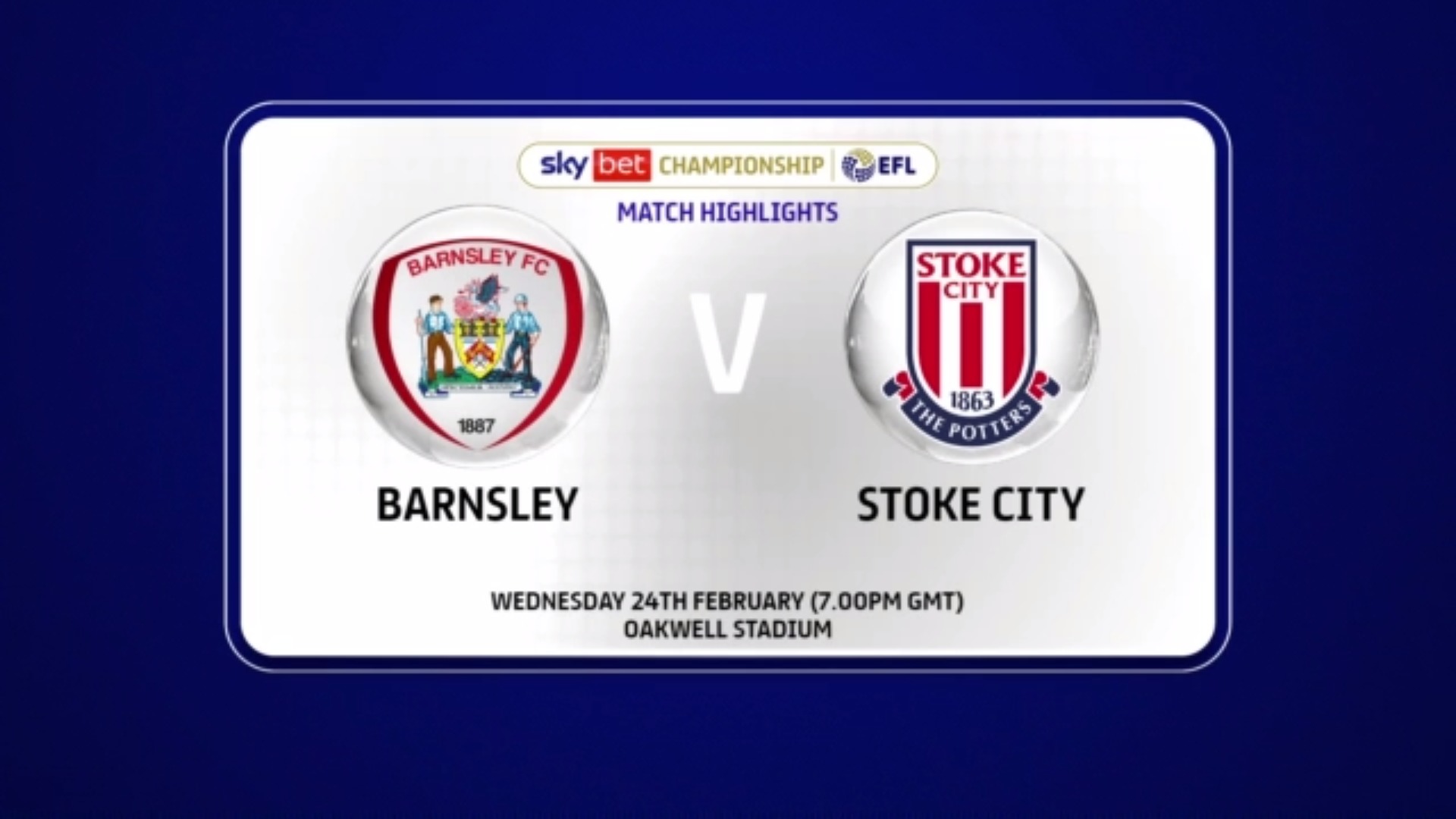 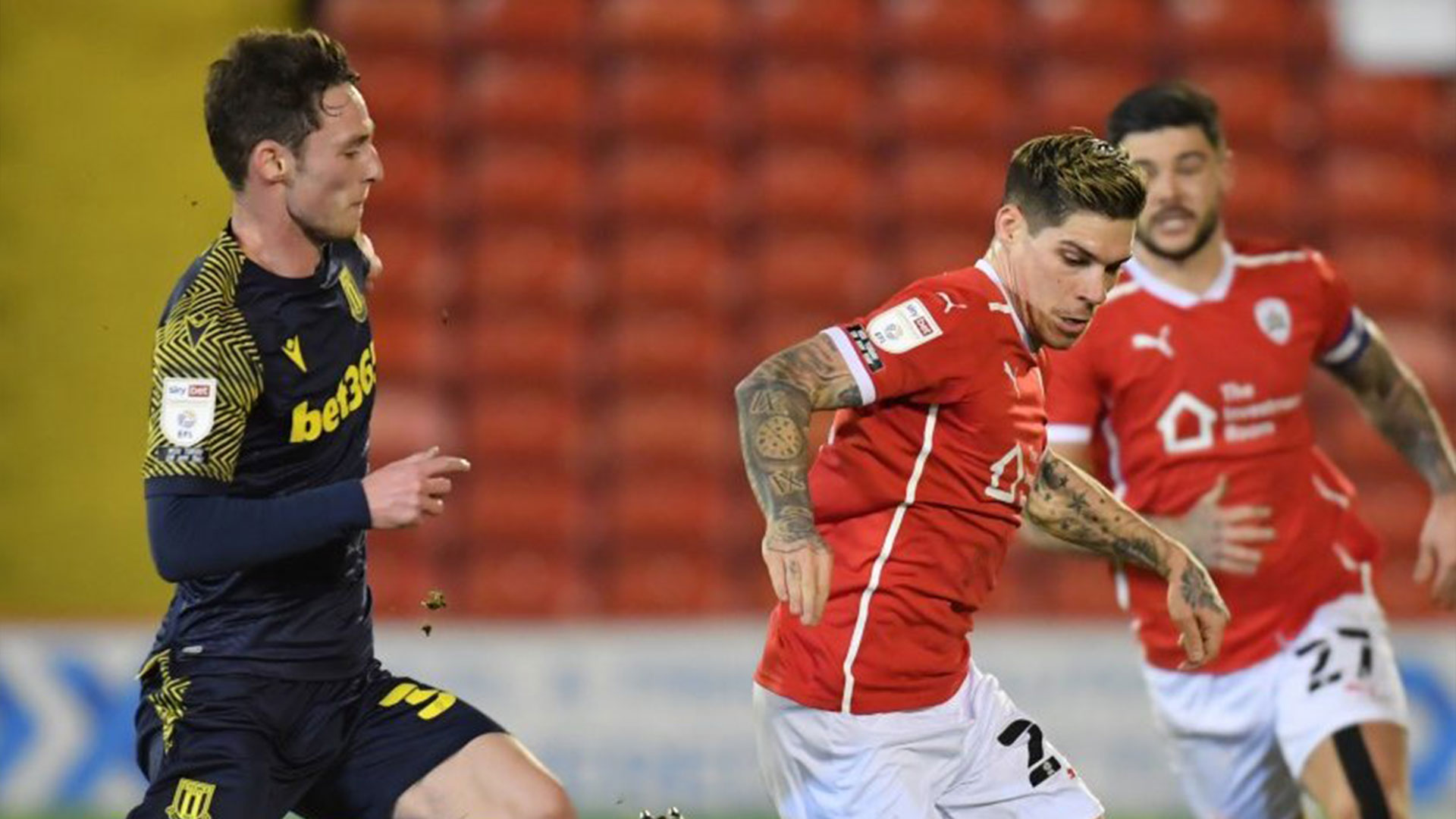