Somehow, we are heading into yet another matchday - the Reds are back in action on Friday evening as we welcome the Cherries.

Yes, despite playing just a couple of nights ago, this bonkers 20/21 season keeps on giving as the Reds are set to take on Bournemouth in a 5.30pm kick-off on Friday evening, LIVE on Sky Sports.

At least Barnsley are coming into this latest fixture on the back of a fine victory last time out. Tuesday night saw Valérien Ismaël's side bounce back from consecutive defeats to come from behind at Birmingham City, winning 2-1 thanks to another late Callum Styles strike. 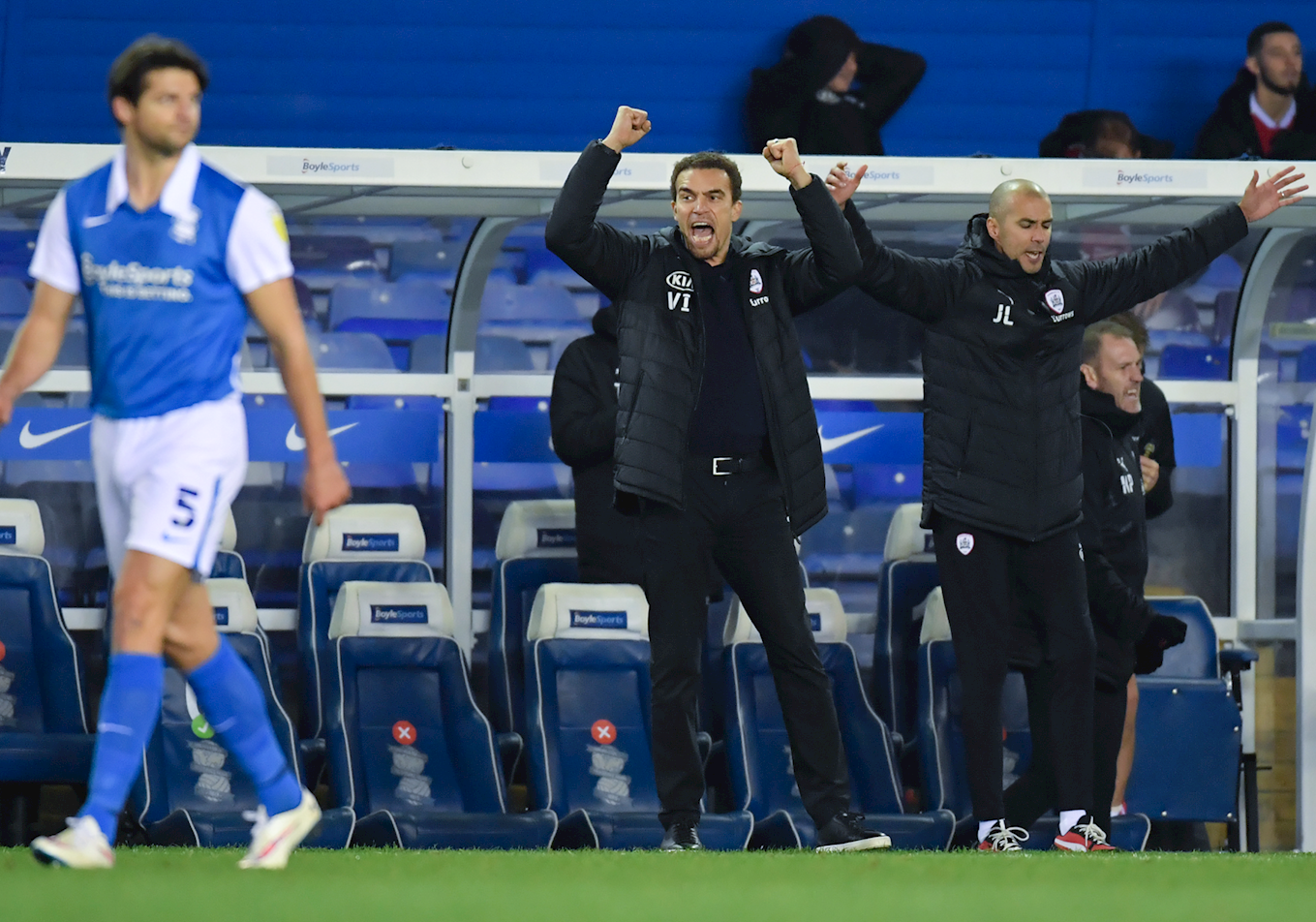 That fifth win in his eight games as Head Coach lifted Valérien's side up to 14th, moving onto 19 points after 15 games. For context, it took until the 23rd game to reach that tally last term, just before Christmas 2019.

It's also worth mentioning that the Reds had just four points when Ismaël took over, and were without a win from their opening seven matches. It has been a stunning start for the French boss.

The gaffer looks ahead to Friday night's clash with the Cherries.

Our striker looks ahead to the Cherries clash

Ahead of the Bournemouth clash, both Valérien and his forward, Victor Adeboyejo spoke to the media and their pre-match interviews can be seen by clicking the linked videos above.

But Friday night might well be the sternest test so far for him and Barnsley, with the visit of a high-flying Cherries outfit who were relegated from last season's Premier League. 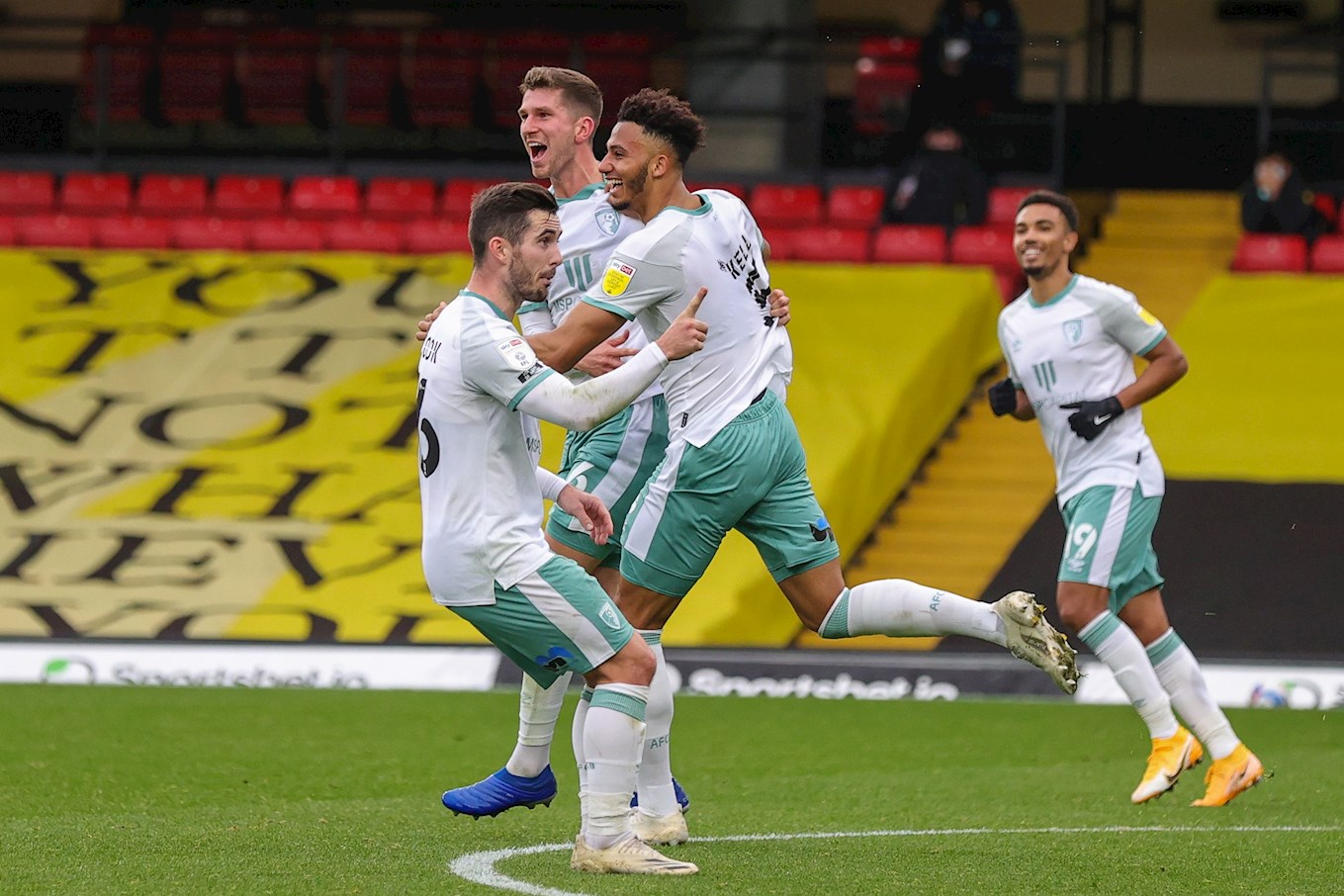 Defeated in midweek, their first reverse on home soil so far this season, Bournemouth are 2nd in the table and looking well set for an instant return to the top flight.

If there’s a perceived weakness then in this Bournemouth side it might be their away form. They’ve only won two of their road trips so far this season.

Their last away fixture was also in South Yorkshire; that being last weekend’s 2-2 draw with Rotherham United where one-time England cap Dominic Solanke grabbed an equaliser.

It's a fixture that hasn't been played since 2014, which ended in a late 1-0 win for the visitors, with Steve Cook scoring the winner. He's still a Cherry to this day, having played a huge part in the club's climb up the pyramid.

For a last win against the Cherries, we have to go back to the last Millennium, and January of 1999 when goals from Darren Sheridan, Martin Bullock and Craig Hignett saw us to a 3-1 FA Cup triumph.

With the game being televised by Sky Sports, there are no iFollow Match Passes available, but our Seasonal Members still have access. Please check THIS link for more information.


The Reds entertain Bournemouth at Oakwell live on Sky Sports next month.

Barnsley suffered a heavy defeat at home to Bournemouth in the Sky Bet Championship on Friday evening.

Jason Tindall’s side showed their superiority with two goals in either half from Philip Billing, Dominic Solanke, Diego Rico and Sam Surridge on a bleak evening for the Reds at Oakwell.

The visitors had an early opportunity to take the lead when Surridge nipped in ahead of an onrushing Jack Walton, but the Cherries’ forward could only steer his shot wide of the far post with the goal gaping.

Michael Sollbauer then had to be at his best to block Solanke’s effort from inside the area after the former Chelsea and Liverpool man broke our offside trap.

Barnsley eventually settled after that shaky opening and a few dangerous crosses from the left flank caused confusion in the Bournemouth area, with Callum Brittain and Victor Adeboyejo both coming close.

But the visitors soon got their noses in front when Billing was afforded too much space before rifling a low shot into the bottom corner from 20-yards with just 12 minutes on the clock.

The hosts continued to create openings here and there, and Conor Chaplin latched onto a fine Mowatt through ball and put it into a dangerous area but there were no red shirts on hand to convert in the six-yard box.

Another opportunity came and went shortly before the interval when the lively Chaplin was played in from a quick Herbie Kane free-kick. The forward fired a magnificent low cross to the back post where Michał Helik diverted it back across goal but Mads Andersen couldn’t turn it home.

However, on the stroke of half-time, the Reds lost possession deep in their own half and Solanke raced clear to slam home past Walton to double the visitors’ lead.

Shortly after the break, the Cherries effectively ended the tie as a contest when Rico thundered a magnificent free-kick into the top corner from 25-yards.

Barnsley searched for a way back into the game, and Brittain tried his luck from distance but saw his low effort gathered comfortably by Begovic.

Despite the scoreline, the Reds’ heads never dropped and Woodrow, too, took aim with a long range shot that Begovic tipped behind for a corner midway through the half.

It certainly wasn’t for a lack of trying and, following intricate play down the right flank, substitute Luke Thomas curled a terrific effort narrowly wide of the far post.

But Bournemouth continued to show their quality and when Surridge raced onto a loose backpass, his shot squirmed through Walton’s hands and trickled agonisingly over the line for the visitors’ fourth of the evening.

That killed any lingering hope Barnsley may have had of getting back into the contest as the Cherries took all three points back to the south coast.


The Reds entertain Bournemouth at Oakwell live on Sky Sports next month. 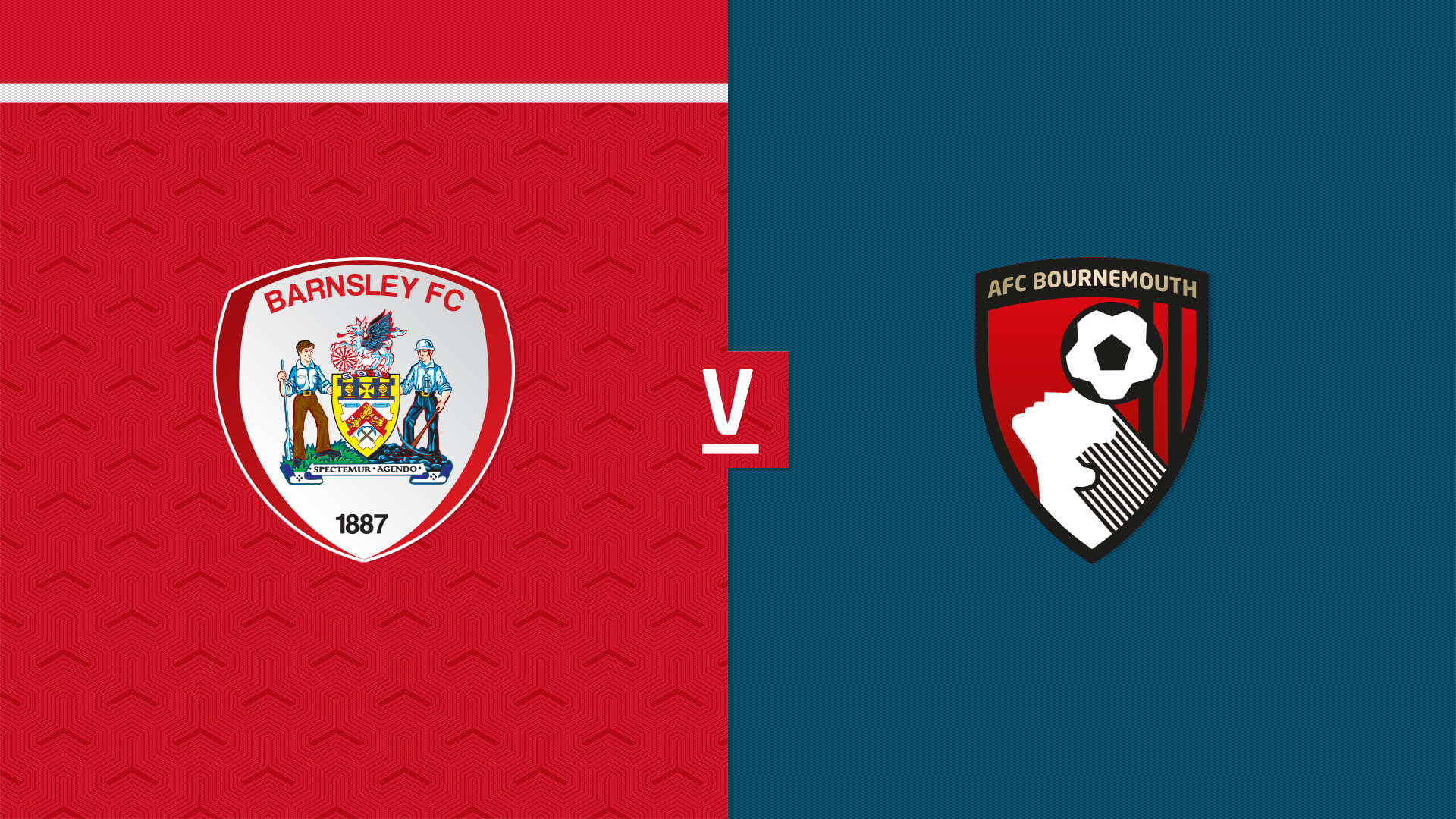 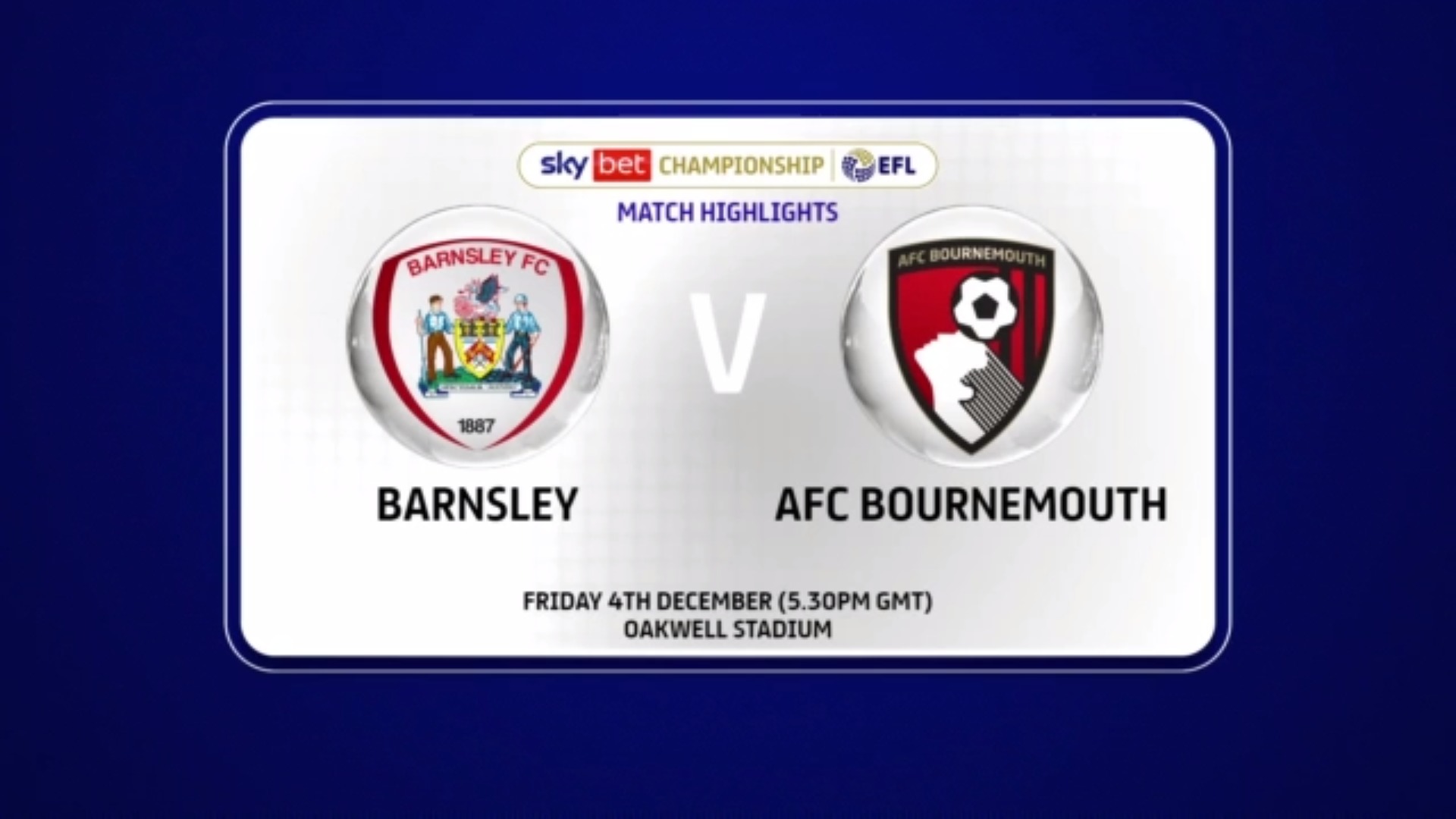 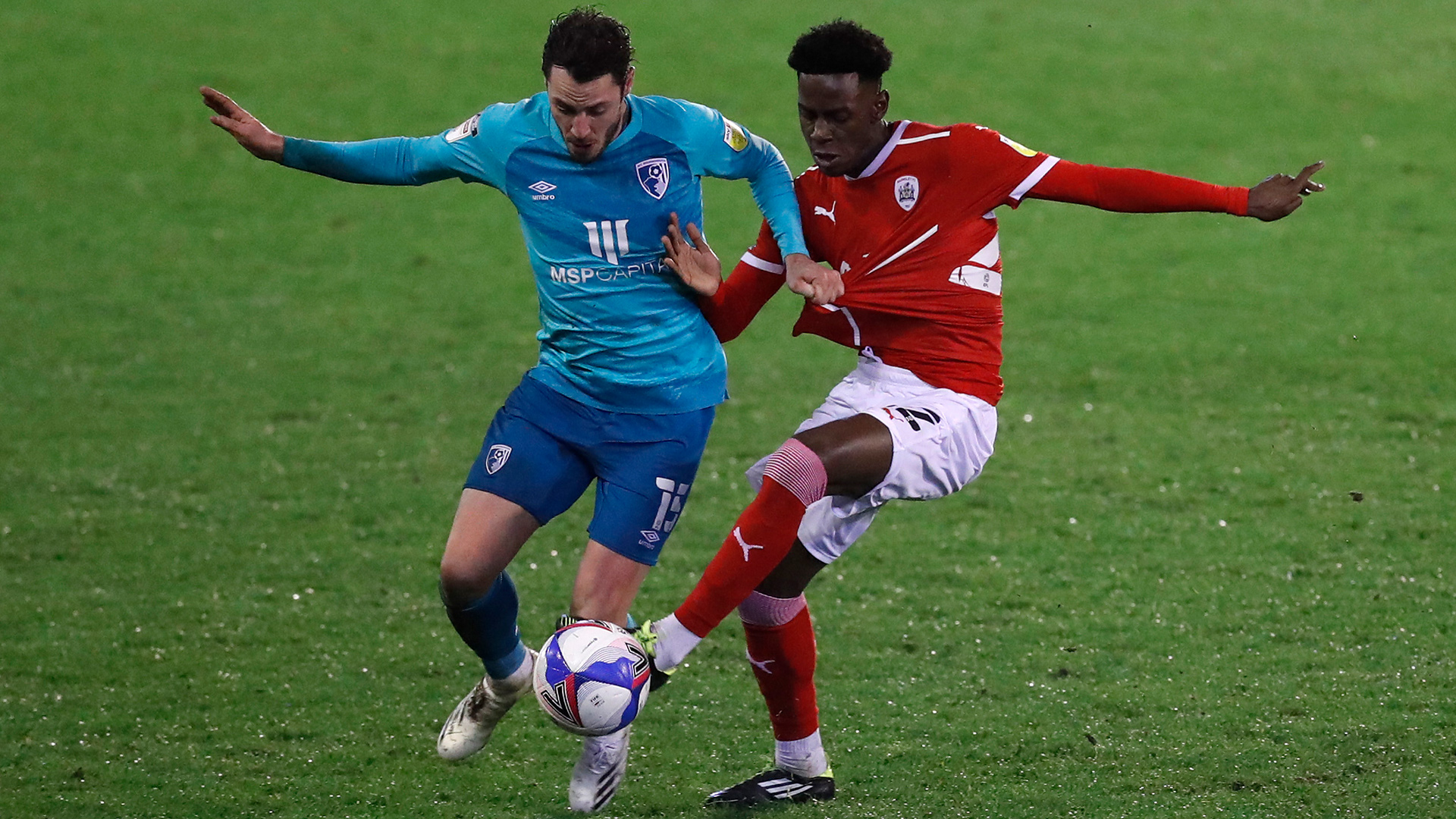