The Reds remain on their travels this weekend but it's one of the shortest journey's of the season as we take on Huddersfield Town in the Yorkshire Derby and we've got it all covered in our preview.

After the midweek point picked up on the road at West Bromwich Albion, the Reds stay away from home this coming Saturday as they head to the John Smith's Stadium for a 3pm kick-off against Yorkshire rivals Huddersfield Town.

Barnsley were superb for the majority of Tuesday night's 2-2 draw at the Hawthorns against West Bromwich Albion. Leading 2-0 at half time courtesy of Cauley Woodrow's stunning brace, the Reds were eventually pegged back by the league leaders with 10 minutes left of a pulsating Sky Bet Championship clash. 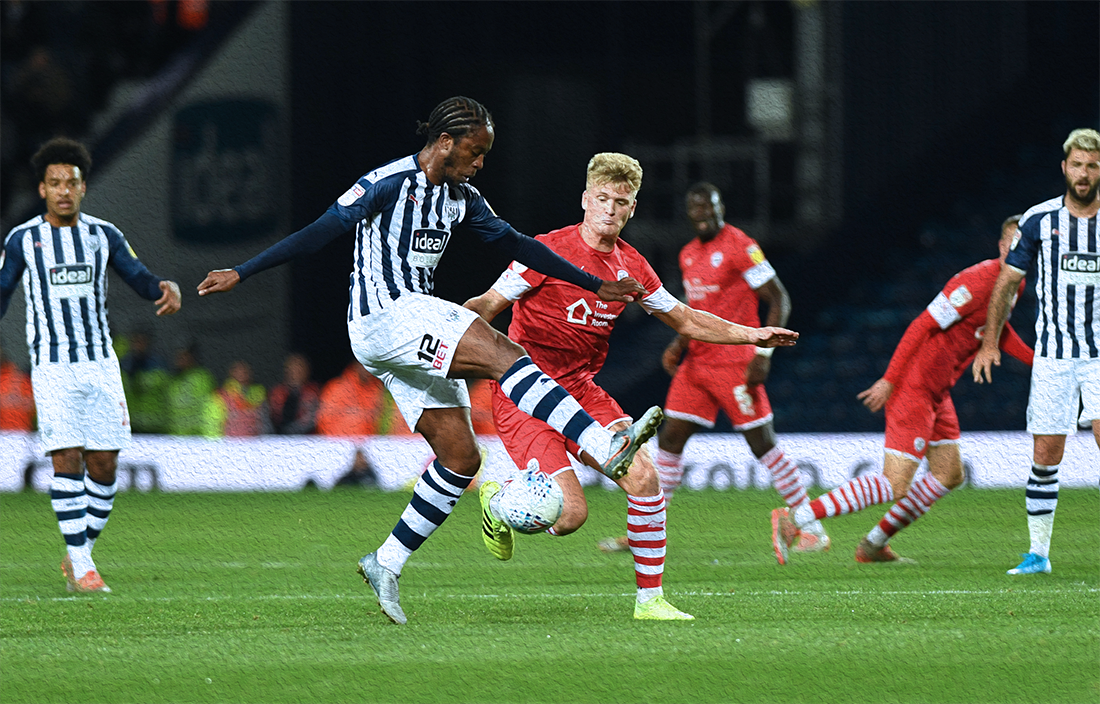 It was Adam Murray's second game in charge of the first team as Caretaker Head Coach and a second point against high-flying opposition within three days.

This weekend presents a different proposition for Murray and the Reds, with Huddersfield just two points above Barnsley in the relegation zone, albeit coming into the match in fairly decent form having gone five games without defeat.

Ahead of the Yorkshire Derby, both Murray and defender Toby Sibbick spoke with the assembled media at Oakwell to preview the clash and both of their respective pre-match press conference videos are available to iFollow Barnsley subscribers or by clicking the linked videos below.

As mentioned previously, our hosts on Saturday, the Terriers are enjoying their best run of results in well over 12 months having won two and drawn three of their last five fixtures.

Led by the recently appointed Danny Cowley who worked wonders with Lincoln City before making the move to West Yorkshire in early September, Town have a number of exciting talents in a squad that was last year playing in the Premier League.

The likes of Karlan Grant, Leandro Bacuna and Lewis O'Brien have really caught the eye in the Sky Bet Championship and they'll enter this match with three clean sheets from their last four games and with a superior record head-to-head against the Reds. 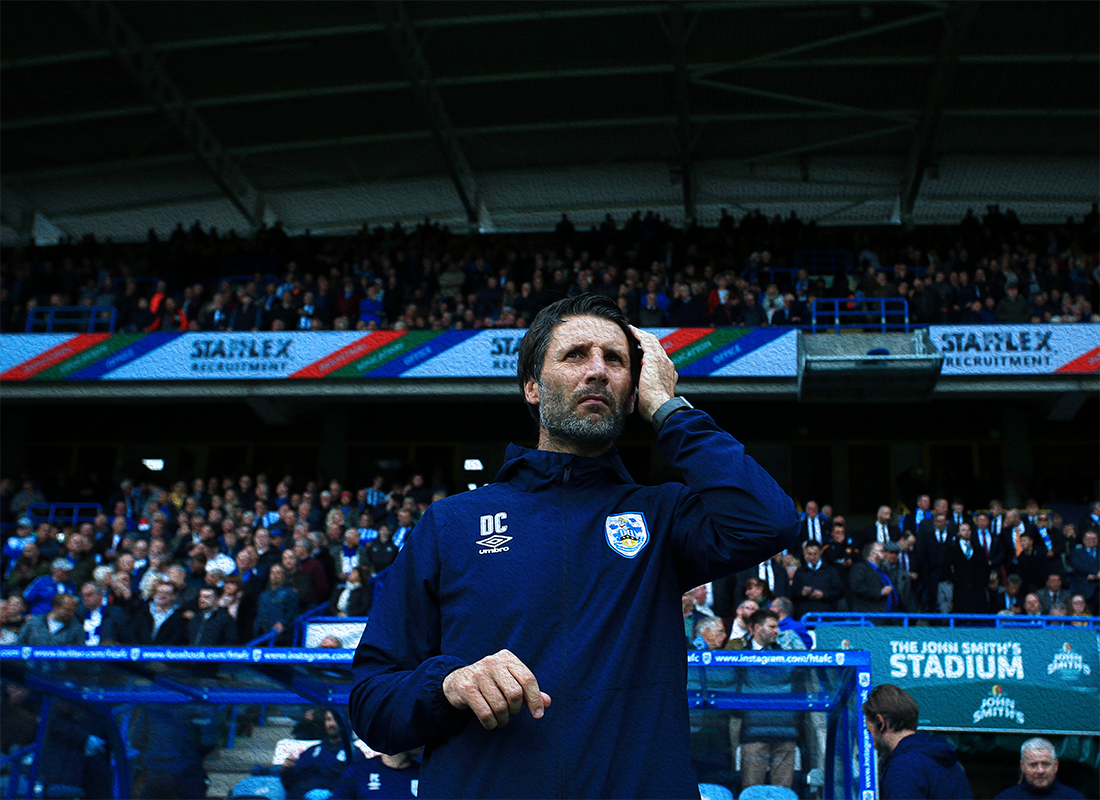 The Terriers have won 31 times to the Reds' 26 victories over the years in a fixture that has been played out since 1910.

Town have won both of the last two matches played on home soil, in fact, you've to go back to the third tier playoff semi final of 2006 for Barnsley's last success at the JSS.

Of course, there was a memorable clash at this level six years ago when a 2-2 draw between the sides saw both clubs survive on the final day of the season, with both sets of supporters coming together in a proud Yorkshire moment that will live long in the memory. 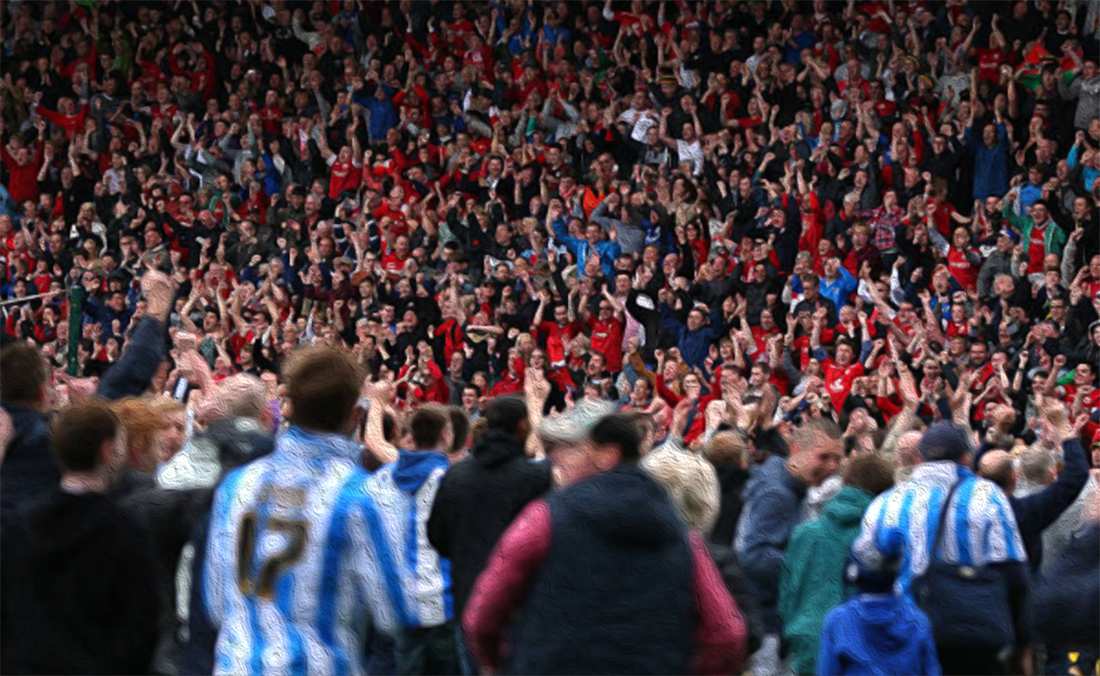 This is our hosts' designated Remembrance fixture as Town look to pay tribute to our service personnel who gave their lives in conflict.

We have sold around 2,100 tickets for this clash but for those unable to make it to Huddersfield we will have LIVE and uninterrupted commentary from the John Smith's Stadium on iFollow Barnsley from before 3pm with Matt Bailey joined by Reds legend Bobby Hassell on the mic. 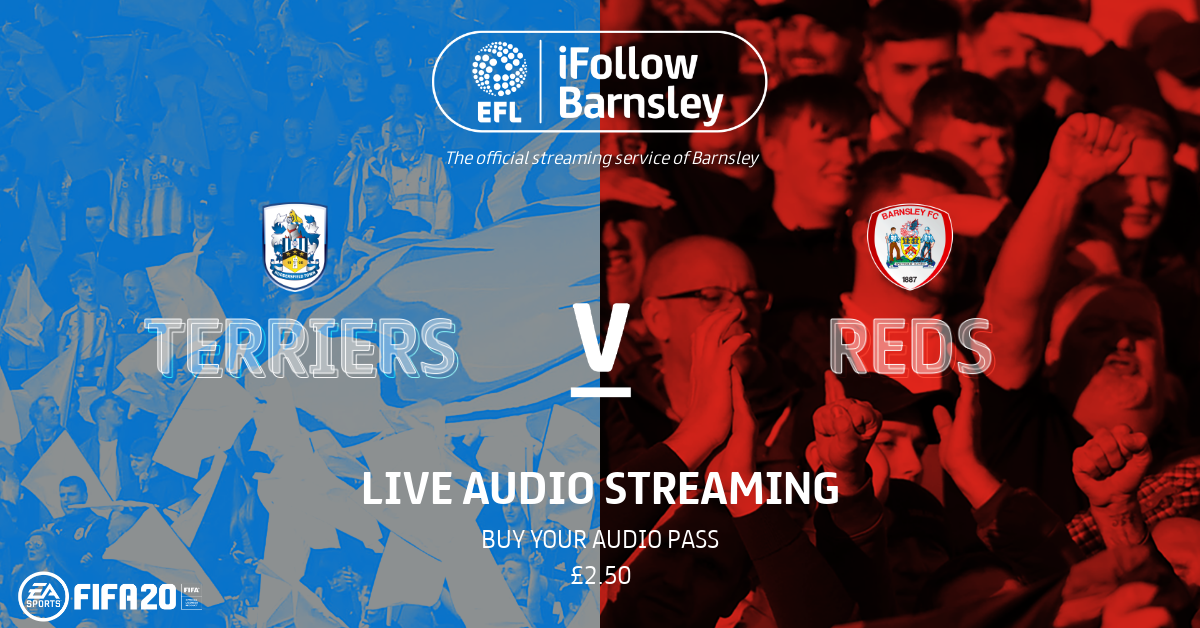 Barnsley fell to a narrow 2-1 loss against Huddersfield Town in the Yorkshire derby on Saturday afternoon.

Strikes in either half from Terriers skipper Christopher Schindler and Karlan Grant were enough to condemn the Reds to defeat, despite Jacob Brown’s late goal.

After a very impressive display in midweek at the Hawthorns against West Bromwich Albion, Adam Murray unsurprisingly went with an unchanged side and formation.

The early stages of the game told only one story, with the Reds well on top, looking sharp and pressing their opponents. A more direct style of play was on show, just the same as recent weeks as the team looked to get forward quickly.

This was the catalyst for the first chance of the match for the visitors. Kenny Dougall was in a great position to intercept a pass high up the pitch and play in Dimitri Cavaré. The right back looked to be in on goal but couldn’t direct his effort on target as the defender managed to make a crucial block.

As Barnsley continued to be in the ascendancy, a long ball up front from Brad Collins managed to bounce through the Terriers’ defence giving Conor Chaplin a chance of scoring. Unfortunately, Danny Simpson managed to swing a boot from behind and get a touch for a last gasp clearance.

Huddersfield had struggled to make an impact in the game as the three Reds’ central defenders looked organised. But a chipped free kick found its way to Grant, who smashed the ball across the box for Schindler to tap home at the far post.

Barnsley’s best chance of an equaliser in the first half came not long after as a mix up at the back gifted Cameron McGeehan the ball, but he was unable to divert his effort on target.

After some half time motivation from Murray and his coaching team, the Reds came out in the second looking to get back level at the earliest opportunity. Despite their efforts, Barnsley couldn’t quite find the right opening.

That early hunger and eagerness to get on the scoresheet may have been the downfall as Huddersfield hit back on the counterattack. After a quick break, forward Grant cut inside on the edge of the box and fired an unstoppable drive into the far top corner to double the Terriers’ lead.

There wasn’t much between the sides in what was a very tight and scrappy Yorkshire derby, only certain moments created the difference during the game. Neither side were able to control the game in the second half with chances few and far between.

Despite this, the relentless effort from the Reds managed to keep them in the game. Following a corner, the ball fell to Brown who did excellently, finding space and fire a shot into the opposite corner, past Kamil Grabara in goal.

Unfortunately, Barnsley struggled to find that cutting edge to grab a crucial equaliser as the game neared full-time, with the home side’s defences standing tall to thwart their efforts and see out the rest of the contest.

Up next for the Reds is a home clash with Bristol City on Friday night in front of the Sky Sports cameras.

Tickets for our end-of-October trip to Huddersfield go on sale to Reds Reserved Plus members on Friday 4th October.

We have received a total allocation of 2,366 tickets located in the Abzorb Stand for our game at Huddersfield Town, Saturday 26th October, kick off 3pm.

The allocation is comprised of 428 family area tickets (block A06) and 1,938 standard seating tickets (blocks A03a-A05). Tickets in the family area are only available to adults with children, seniors over 60 and supporters with restricted mobility.

Prices in both areas:

With the exception of general sale, all categories are one per qualifying criteria and subject to availability. Seasonal Memberships cannot be up or downgraded. The ticket allocation is solely for the person named on the membership.

Ambulant disabled supporters and wheelchair users will pay the appropriate age related category with a personal assistant ticket being free of charge upon request. There are two viewing areas for wheelchair users. The first is to the rear of the stand on a raised platform. The second is pitch side. Supporters requesting the pitch side area should be aware access is via the Revell Ward Stand and there is a steep incline to gain access to this uncovered area.

Official Club Coach Travel departs Oakwell at 12.45pm priced at £14 per seat. We have a strict no alcohol policy. Children under 16 must be accompanied by a responsible adult 18+.

Notes from Huddersfield Town regarding parking and access to the stadium:

13 accessible parking spaces are available in the St Andrews Road Car Park which is situated directly behind the Abzorb Stand. These must be booked no later than a week before the fixture by calling 01484 960606 (option 5).
General Parking can be booked in the Gasworks Car Park approximately a 10 minute walk from the stadium at a cost of £5 per car. Parking is pre-bookable only, there is no pay on the day facility. Contact Huddersfield Town directly on 01484 960606 or via www.eticketing.co.uk/huddersfieldtown

All bags will be searched and can be no larger than A4 size. Safety Stewards will also conduct checks as deemed necessary when looking for other prohibited items. Failure to consent will result in access to the stadium being denied. All tickets are inspected on entry and proof of identification may need to be presented.

The postage deadline for this game is 3pm Wednesday 23rd October. Tickets will remain on sale from the Box Office/Reds Superstore until 2pm Friday 25th October 2019, subject to availability.