It's Wednesday night under the Oakwell lights as Barnsley welcome Derby in the Sky Bet Championship - here's the preview!

It's a quick turnaround this week as Oakwell plays host to its second Sky Bet Championship game in four days as Daniel Stendel's side welcome Phillip Cocu's Derby County on Wednesday night for a 7.45pm kick-off.

Sunday's latest league defeat ended a miserably pointless September for the Reds. The opening day victory against Fulham seems a long time ago now, and despite taking the lead against Brentford at the weekend, Barnsley were well beaten in the second half with the Bees leaving Grove Street with a 3-1 victory and all three points to leave the Reds in the relegation zone. 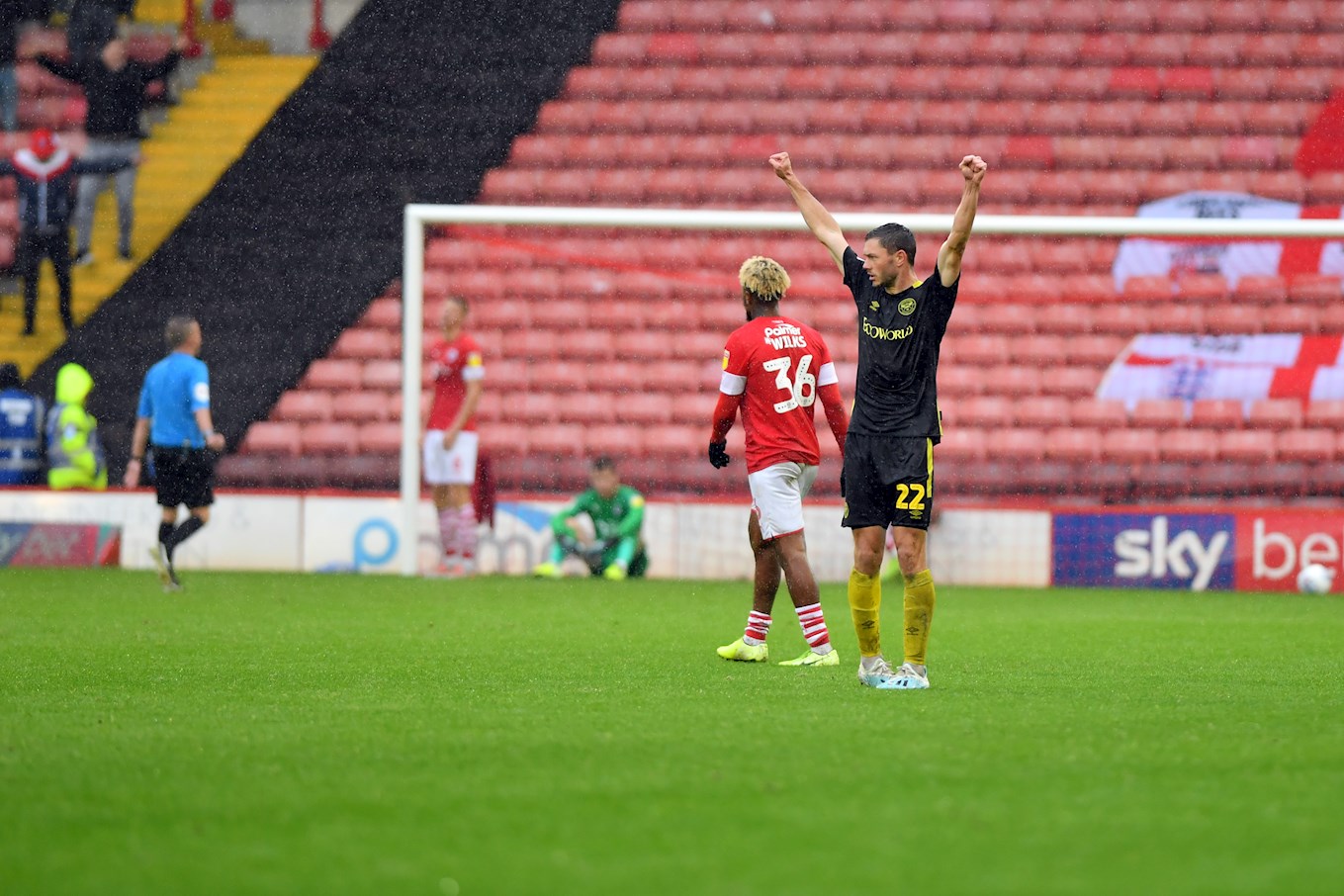 Ahead of the midweek Rams clash, both Chris Stern and Mads Andersen faced the press to preview the match whilst looking back at Sunday's defeat.

Their pre-match press conference videos can be seen in full on iFollow Barnsley or by clicking on the linked videos below.

In terms of our opponents, Derby come into this fixture off the back of a much-needed win against Birmingham City at the weekend.

Their 3-2 victory at Pride Park was their first since the opening weekend of the season. 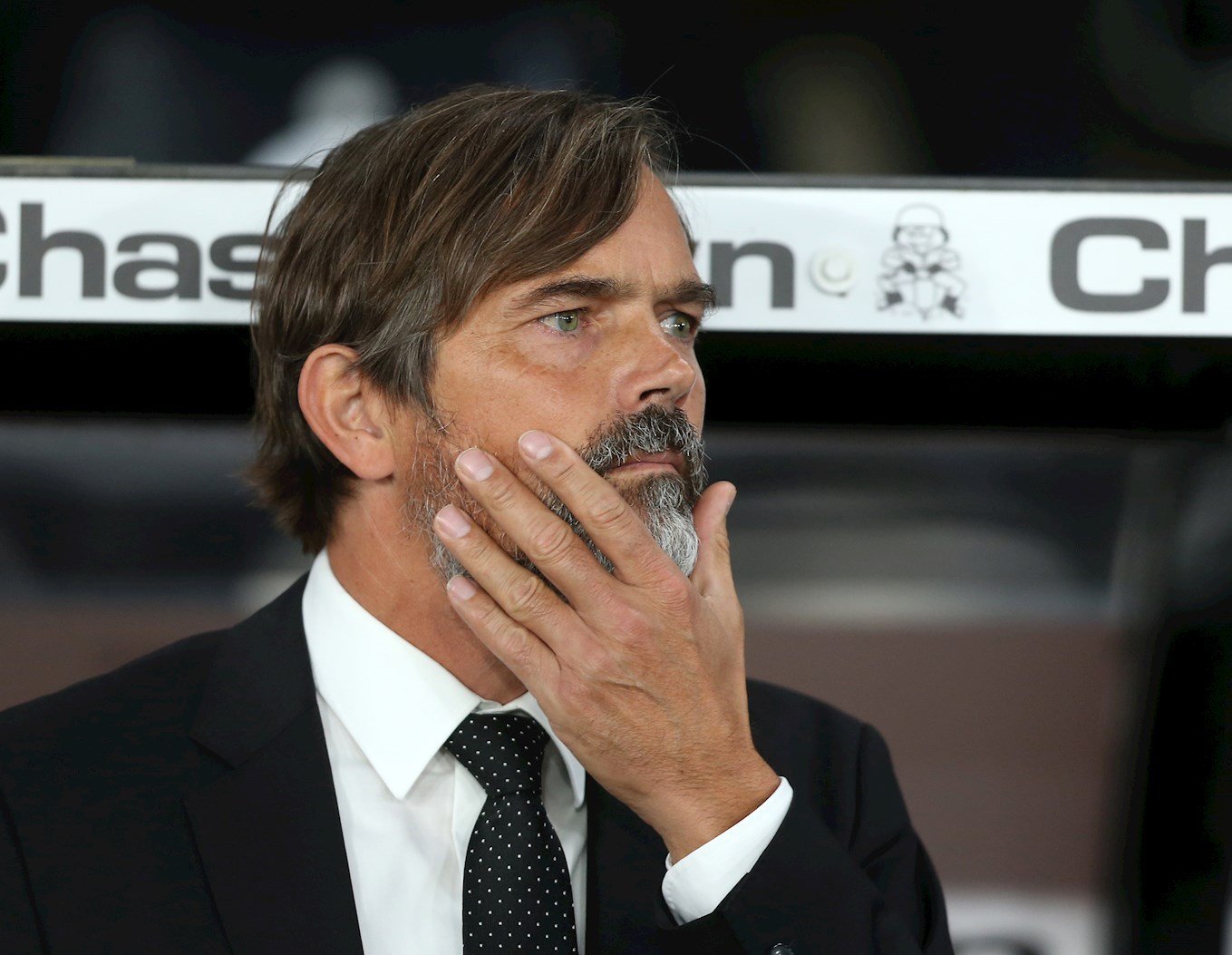 Led by former Dutch international legend Phillip Cocu, the Rams have been inspired of late by the return of striker Chris Martin who has bagged two goals in two games since re-entering the first team fold.

The Rams will be without all of Richard Keogh, Craig Forsyth, Ikechi Anya, George Evans and Andre Wisdom due to injuries and there are doubts over both Mason Bennett and Tom Lawrence's availability after last week's arrests for drink driving.

This isn't a fixture that Barnsley have fared well in historically speaking. 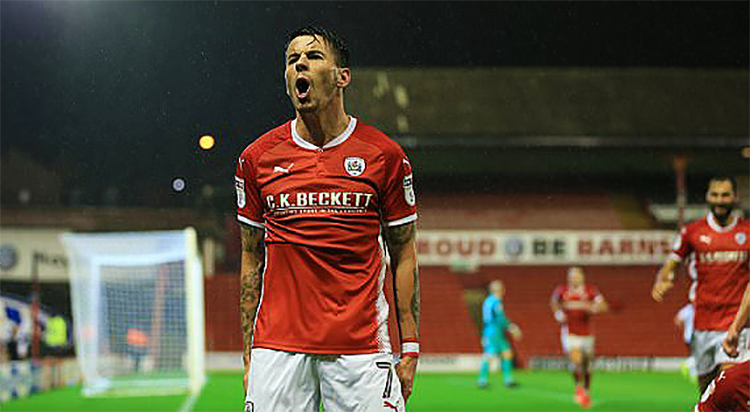 Our first ever meeting back in 1897 saw the Reds hammered 8-1 in an FA Cup tie and in the years since then, the Derbyshire club have edged us head-to-head (33 wins to 20).

You only need to go back to September of 2017 for our last victory over Derby at Oakwell - a 3-2 win in the League Cup courtesy of a late Adam Hammill strike.

Wednesday evening's game is a Category C fixture and so it's £23 for adults and children can get a ticket for as little as £5. Please note that all prices increase by £2 on the day of the match.

If you can't make it to Oakwell for the game, iFollow Barnsley will be streaming the game LIVE for both international and UK subscribers, so be sure to pick up a match pass. 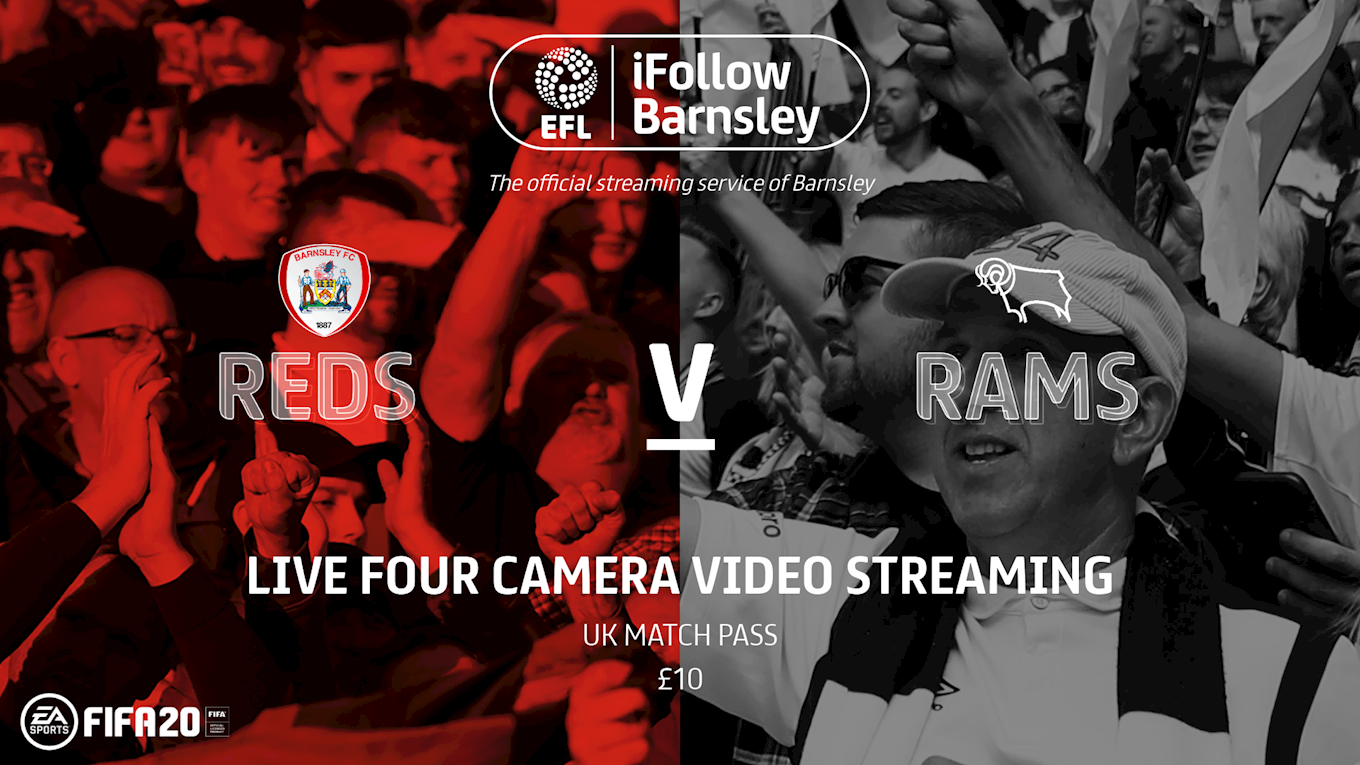 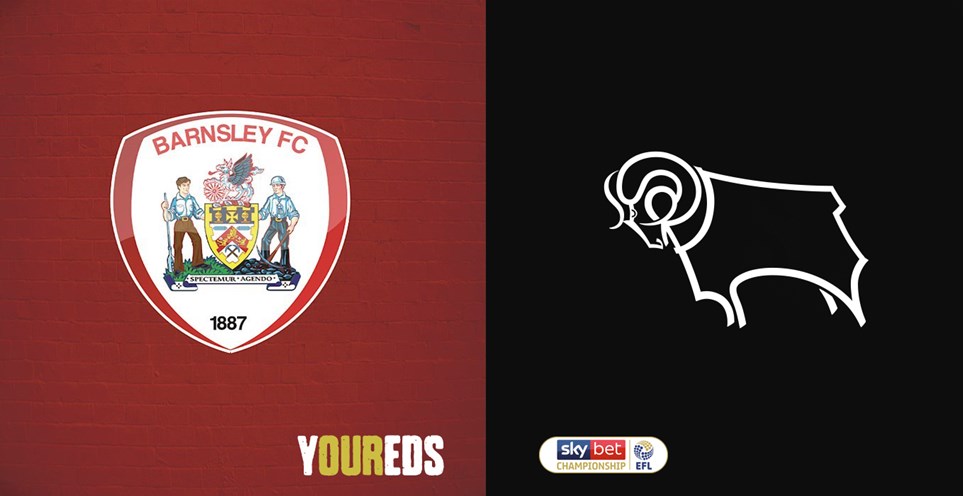 What's On This Wednesday?


There's plenty for all to enjoy ahead of Wednesday's Sky Bet Championship fixture with Derby County.

A last-gasp equaliser ended the Reds' recent run of defeats with Barnsley earning a deserved share of the spoils against the Rams.

Aapo Halme’s bullet header opened the scoring early on in the first half, but a goal from Chris Martin and a penalty from Tom Huddlestone put Derby ahead going into half-time.

Head Coach Daniel Stendel made two changes to the side that started in the 3-1 defeat to Brentford on Sunday as Jordan Williams and Mike Bähre returned to the line-up in place of Dimitri Cavaré and Luke Thomas.

As for Derby, Phillip Cocu’s team arrived at Oakwell basking in good form, as they lost just one of their last five Championship outings

However, it was Barnsley who came out the blocks quickly and looked the most likely to score early on.

Cauley Woodrow had the first real opportunity nine minutes in when Conor Chaplin picked him out perfectly with a square pass from the left. The striker got to the ball first but couldn’t direct his effort on target.

The Reds were injected with positive energy from their encouraging start and as a result, deservedly took the lead in the 12th minute when big defender Aapo Halme rose highest in the area to nod home an Alex Mowatt free-kick.

Derby looked to hit back straight away though as veteran centre back Curtis Davis found space in the six-yard box, but he mistimed his header and the ball dropped wide of the post.

However, the Rams pressure did eventually see them get back on level terms when Chris Martin stabbed a shot into the back of the net from close range 34 minutes in.

Then, just ten minutes later, County were awarded a penalty as referee Tony Harrington adjudged Tom Lawrence to have been fouled inside the area.

Experienced midfielder Tom Huddlestone stepped up to take the spot-kick and sent Brad Collins the wrong way, as he rolled the ball into the bottom left corner.

As the teams emerged after the break, Bähre had a good chance for the Reds when he turned and shot on the edge of the penalty area. His effort had Kelle Roos in the Derby goal scrambling as he made a decent save down to his left.

Just past the hour mark, Woodrow, fresh from scoring a wonder goal at the weekend, lined up another shot from distance, but this time, the goalkeeper was equal to it and was able to make the save.

Down the other end, Collins was also busy and had to be alert to deny Martyn Waghorn with his feet.

With 10 minutes to go, Mowatt went agonisingly close with a fantastic free-kick which was acrobatically tipped over the crossbar by Roos.

However, Barnsley showed fighting spirit and were rewarded when Chaplin fired the ball goalwards in stoppage time with Woodrow looking to get a touch, to earn the Reds a well-deserved point.

What's On This Wednesday?


There's plenty for all to enjoy ahead of Wednesday's Sky Bet Championship fixture with Derby County.