The Reds are back in league action this weekend as they head for Blackburn looking for a first away win of the season - it's time for the preview!

It's back down to business as the Sky Bet Championship season reconvenes following November's international break and it's been a busy week leading up to this return to action for Barnsley with the appointment of a new Head Coach.

On Wednesday 20th November 2019, the Reds unveiled Gerhard Struber as the man to lead the first team with two thirds of the 2019/20 campaign still remaining. 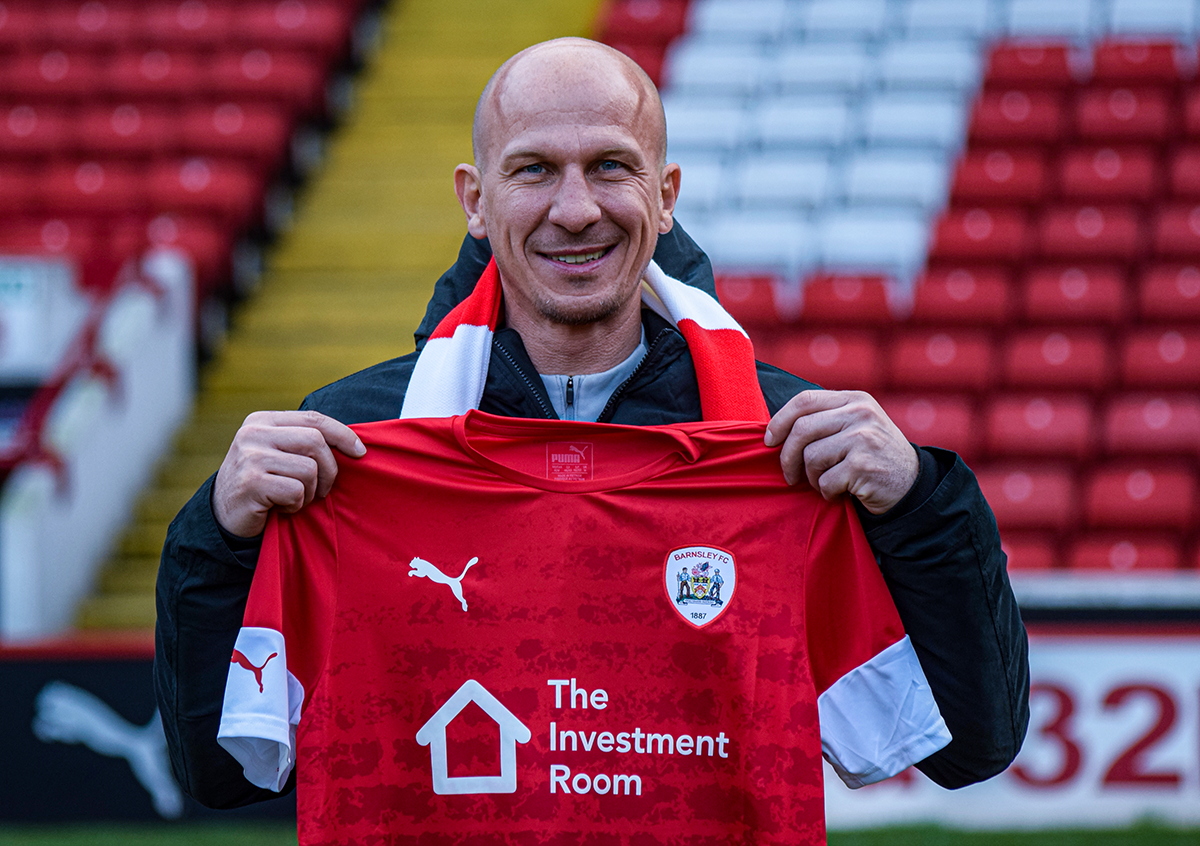 The 42-year-old Austrian joined on a two-and-a-half-year deal from Austrian Bundesliga outfit Wolfsberger AC where he'd enjoyed brief but much-heralded success this year, leading the unfancied side to third position in the league and notable performances in the Europa League.

Bringing along with him a pair of coaching additions in the shape of Max Senft who worked alongside him in the Austrian Alps and former Arsenal and QPR defender Matt Rose, Struber will be hoping he can kick off his reign as Reds boss with a positive result at Ewood Park against Blackburn Rovers on Saturday. 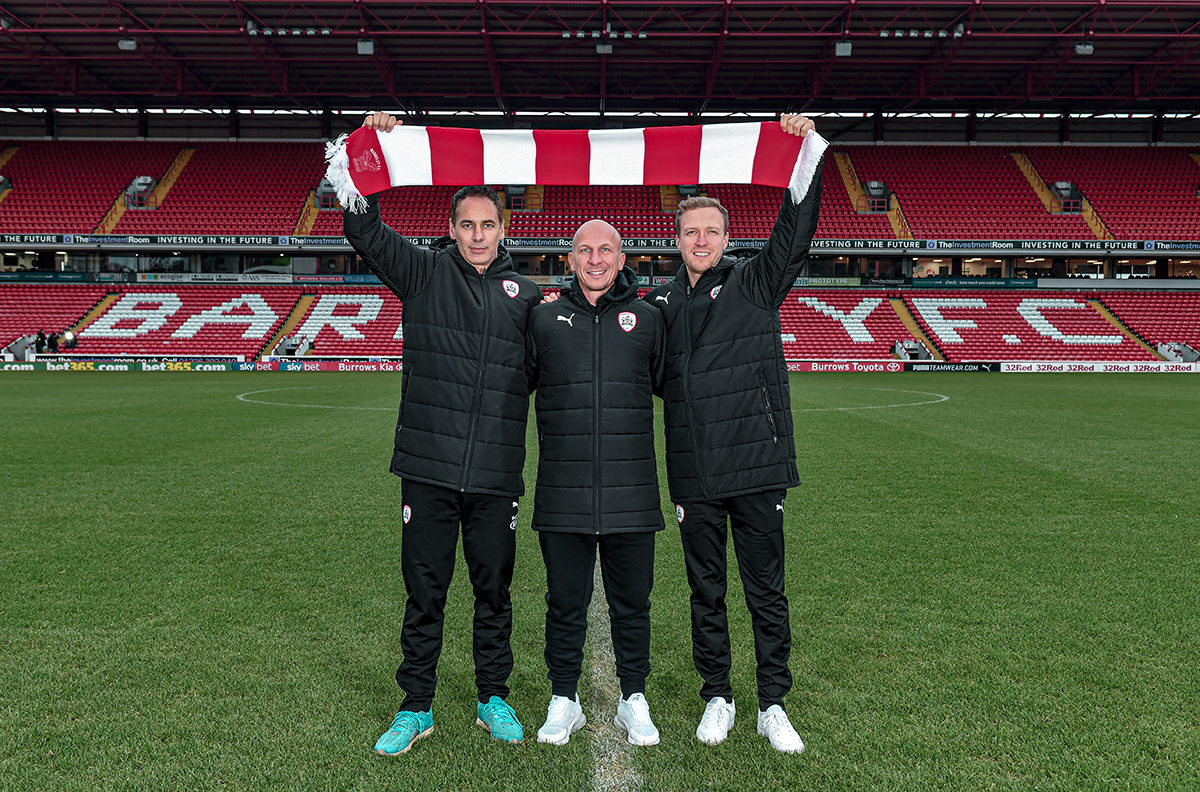 It has been two weeks since Barnsley lost 4-2 on home soil against Stoke City in a basement battle, so the squad will be refreshed and ready for the Rovers trip and there are no real injuries to contend with for the first time this season.

The Reds have taken just two points from a possible 21 on the road during the campaign to date and Struber has made it clear already that work must be done in terms of the players' defensive contributions.

The former Red Bull Salzburg youth coach met the local and national media for the first time during the midweek and you can watch his full press conference video by logging in to iFollow Barnsley or clicking on the linked video below.

Presently sat 18th in the Sky Bet Championship table, Saturday's hosts, Blackburn have won only one of their last eight fixtures (2-1 against Sheffield Wednesday) and last time out fell 2-1 themselves away at promotion-chasing Leeds United.

Led by the experienced Tony Mowbray, one of the longest-serving managers in the division, Rovers came into this campaign aiming for a playoff push at least, but it's not panned out like that so far. 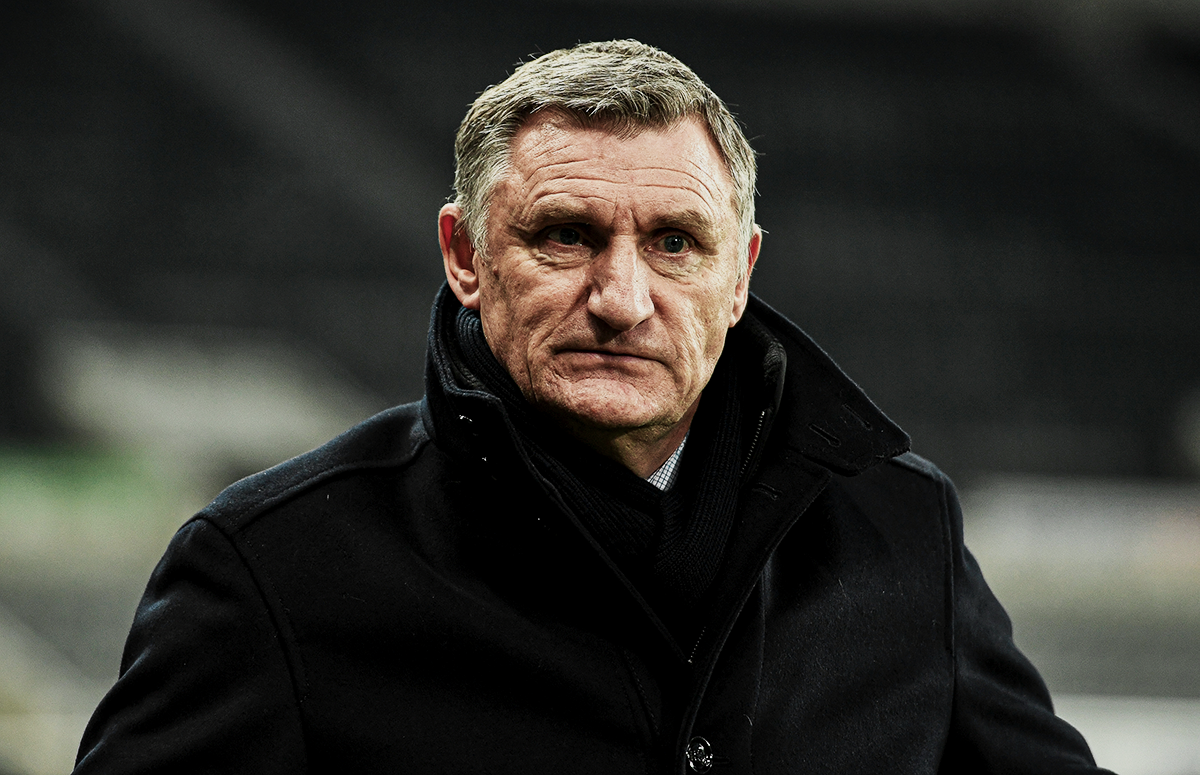 They are just five points above the relegation zone but do have double the amount of points accrued than Barnsley at this stage.

With plenty of seasoned campaigners on the Ewood Park outfit's books, including former England international Stewart Downing, veteran forward Danny Graham and the combative midfield force that is Bradley Johnson, it's been a surprise to see Blackburn struggle in the first third of the campaign. 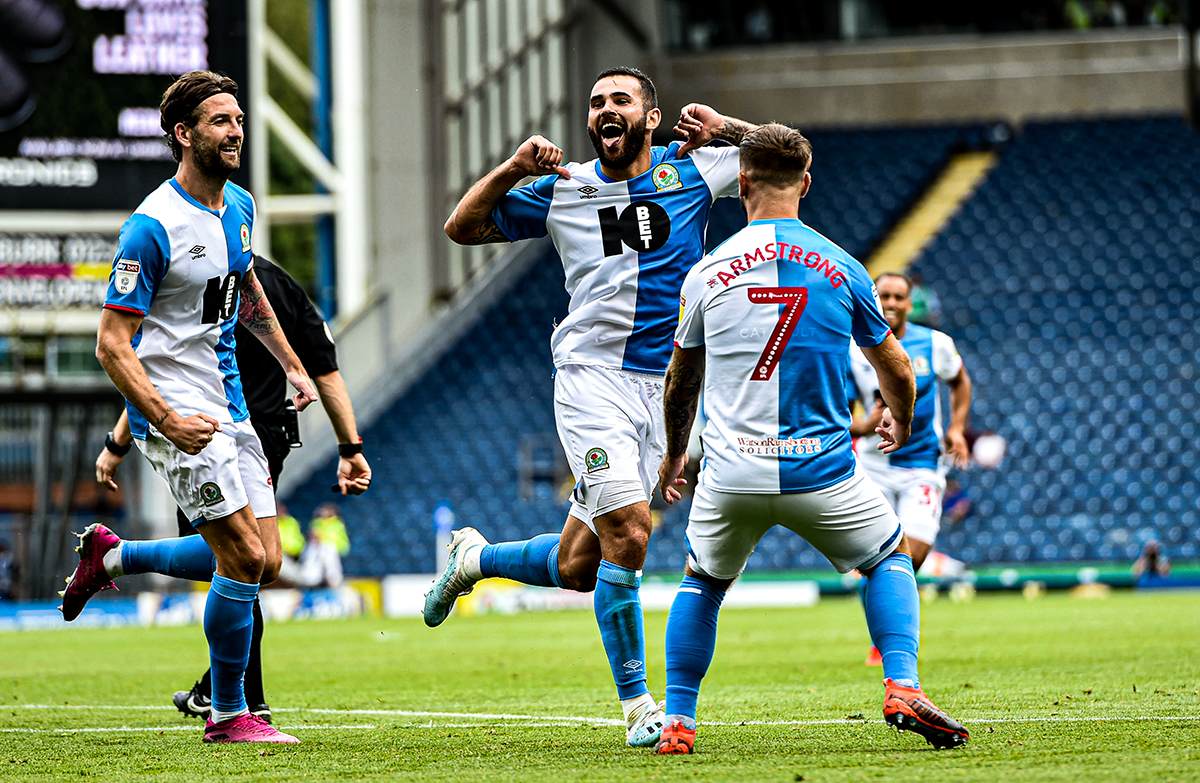 Also in the ranks for Mowbray's men is ex-Reds loanee Adam Armstrong. He was a part of the Barnsley squad who last visited Ewood Park in April of 2017 when goals from Marc Roberts and Marley Watkins saw the Reds to a 2-0 away win.

It isn't however a happy hunting ground historically for the men from South Yorkshire. In fact, as a fixture, the Reds' fortunes are rarely rich against Rovers. 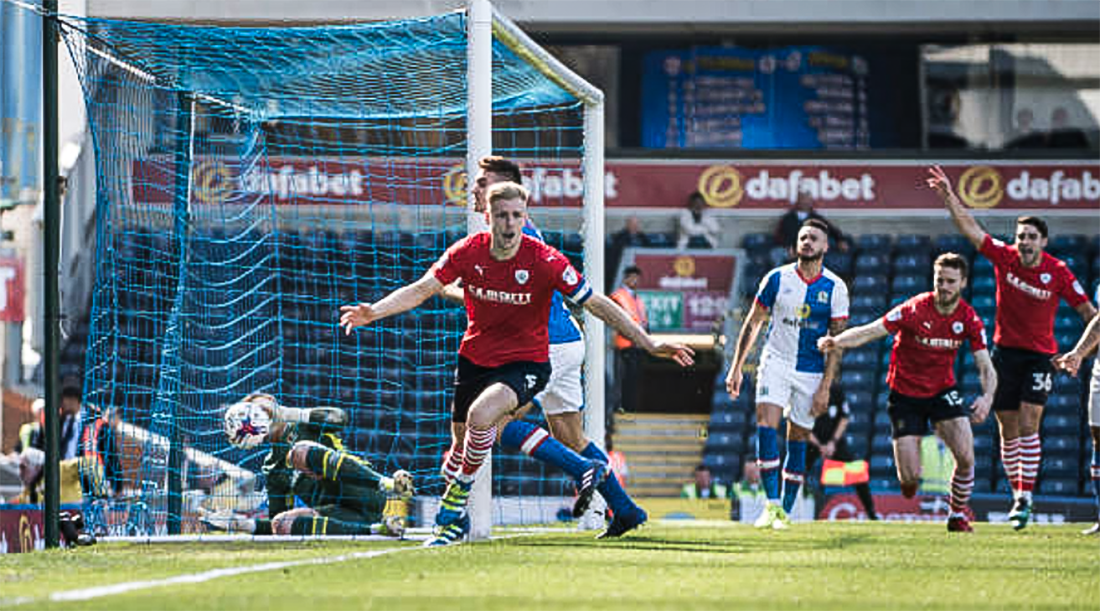 There have been 63 meetings of the two clubs since the first ever fixture in 1913 when Rovers knocked out the defending champions in the FA Cup.

Tickets for Saturday's latest clash go off sale on Friday afternoon at 2pm with the Reds set to be backed by around 1,200 supporters in Struber's opening match as Barnsley FC's new Head Coach.

There will be pay-on-the-day available, but please note a £3 increase in ticket prices. 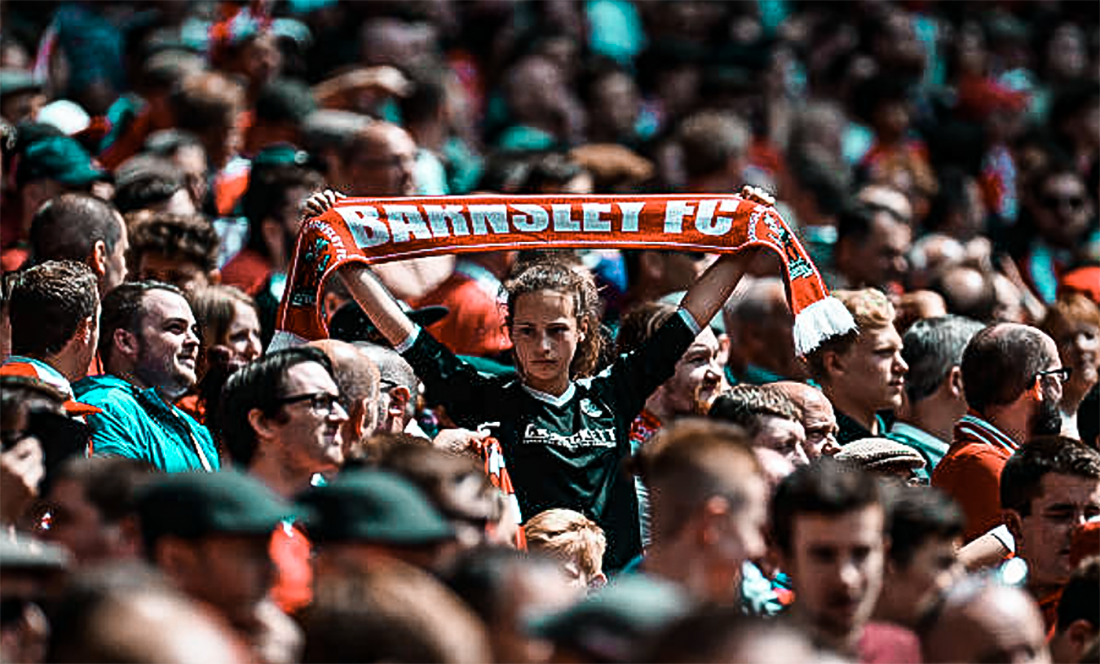 For those not attending the 3pm kick-off, we will have live and uninterrupted commentary via iFollow Barnsley with our very own Matt Bailey on the mic. Our overseas subscribers will be able to take advantage of a match pass and watch the game courtesy of our international live stream facility.

You can - as ever - stay right up to date with all the action across our social media channels, as it happens! 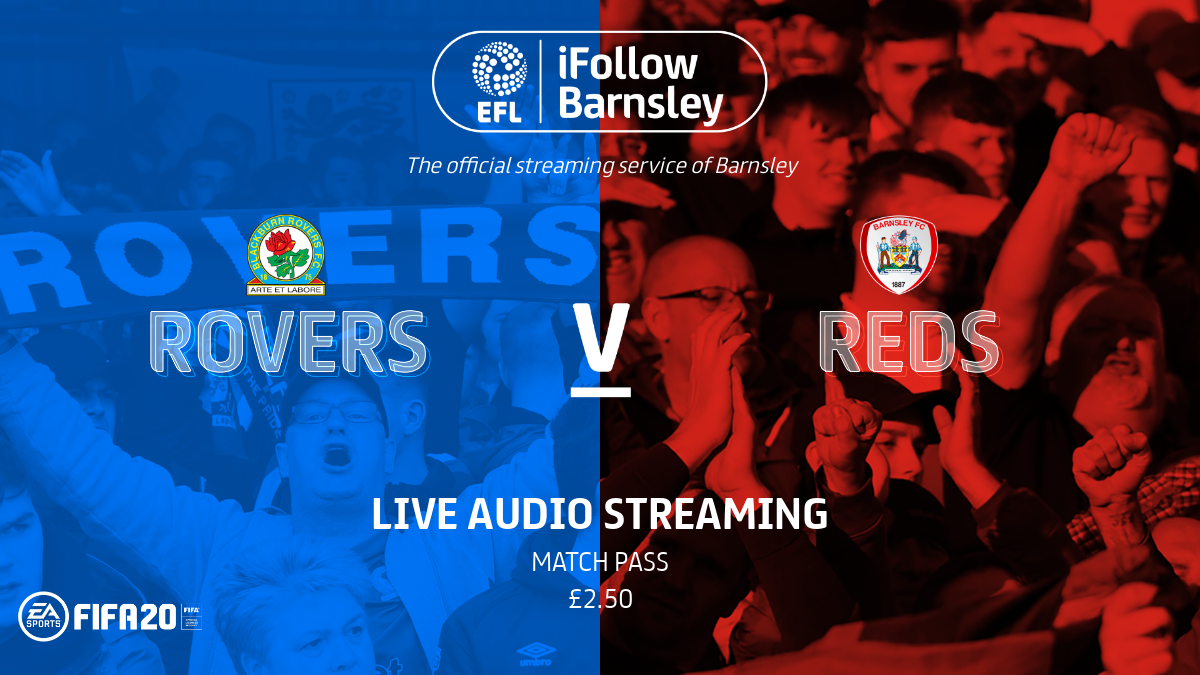 The Reds came out on the wrong side of a five-goal thriller in coldest Lancashire this afternoon as Bradley Dack's 86th minute goal settled an enthralling contest.

With new Head Coach, Gerhard Struber making his debut in the dugout for Barnsley there was hope of a change of fortunes, but Barnsley's inability to shut out their opponents cost them once more in a match that they probably edged in terms of performance and the opportunities created.

The Austrian made a number of changes to the side that had been beaten by Stoke City two weeks ago with returns for Sami Radlinger, Ben Williams, Mike Bähre and a first start for Patrick Schmidt, fresh from his first goal last time out against the Potters.

There were few chances in a very scrappy first quarter of the game where the Reds should probably have been ahead when on 20 minutes Cauley Woodrow - operating deeper in a dimaond system - found himself some room to shoot inside the box after nice link-up play with Jacob Brown, but the top scorer saw his firerce effort repelled by the legs of Rovers stopper Christian Walton.

But it was the hosts who forged ahead with their first real sight of goal as they capitalised on a misplaced Mads Andersen pass out of defence, with former Reds loanee Adam Armstrong racing goalwards and as bodies came to meet him, the ball fell for Bradley Dack who fired into the empty net with Radlinger committed.

Nothing much of note happened in the rest of the first half as both sides failed to show any real quality in what had become a real battle.

It was an instant impact for Chaplin as he crashed home the equaliser early in the second half having worked room with Brown inside the box.

The Reds looked the dominant side at this stage but then a poor kick from Radlinger out of his area saw the ball land nicely for Joe Rothwell and the ex-Reds loanee tried to lob the Austrian but Radlinger scrambled back to claw away the ball from goal.

Brown then stabbed wide from eight yards out after Sibbick's low cross found him in space from an acute angle, before the impressive Alex Mowatt curled an effort an inch wide of goal from the edge of the box after Chaplin's neat layoff.

The home side then introduced the veteran pair of Stewart Downing and Danny Graham as they looked to get back in front, and it was just four minutes later when Blackburn did indeed go back ahead, as former England international Downing struck home a sweet effort from the edge of the box as Rovers countered the Reds.

Williams hooked a ball off the goalline from Graham after the striker tried to set up the unmarked Dack before Chaplin was thwarted by Walton at the other end.

With 10 minutes remaining the Reds somehow forced home a cross, with Woodrow getting the last touch from Chalin's spade-work and it was all square again with Barnsley back in the ascendance.

A minute later and Woodrow sent a speculative effort towards goal from 30 yards out and a slight deflection saw the ball tipped onto the crossbar by Walton and Rovers could breathe again.

Rovers then went up the other end and grabbed the winner as Dack scrambled home at the near post as the Reds failed to deal with a set play and the search for three points continues.

Tickets for our upcoming trip to Ewood Park go on sale from Monday 4th November.

We have received an initial allocation of 1,519 tickets in the Bryan Douglas Darwen End upper tier for our game at Blackburn Rovers on Saturday 23rd November, kick off 3pm.

Tickets will be available on general sale on Monday 4th November from 9am, and these will be priced as follows:

Ambulant disabled supporters and wheelchair user tickets are priced at the relevant age category with a personal assistant’s ticket available free of charge if requested.
We have been sent 20 Ambulant disabled tickets in the lower tier for supporters with mobility issues who cannot sit in the upper tier.

Official Club Coach Travel departs Oakwell at 11.30am priced at £20 per seat. We have a strict no alcohol policy. Children under 16 must be accompanied by a responsible adult 18+.

The postage deadline for this game is 3pm Wednesday 20th November. Tickets will remain on sale from the Box Office/Reds Superstore until 2pm Friday 22nd November, subject to availability.