Before the November international break, the Reds are back on home soil as we welcome Stoke City to Oakwell in our latest Sky Bet Championship outing - here's the preview!

It's back down to action for the Reds this weekend and in what is probably the biggest game of the season so far, as Stoke City visit Oakwell for a 3pm kick-off on Saturday.

The Reds had to fight back from two goals down last time out in last Friday evening's televised Sky Bet Championship clash with Bristol City. 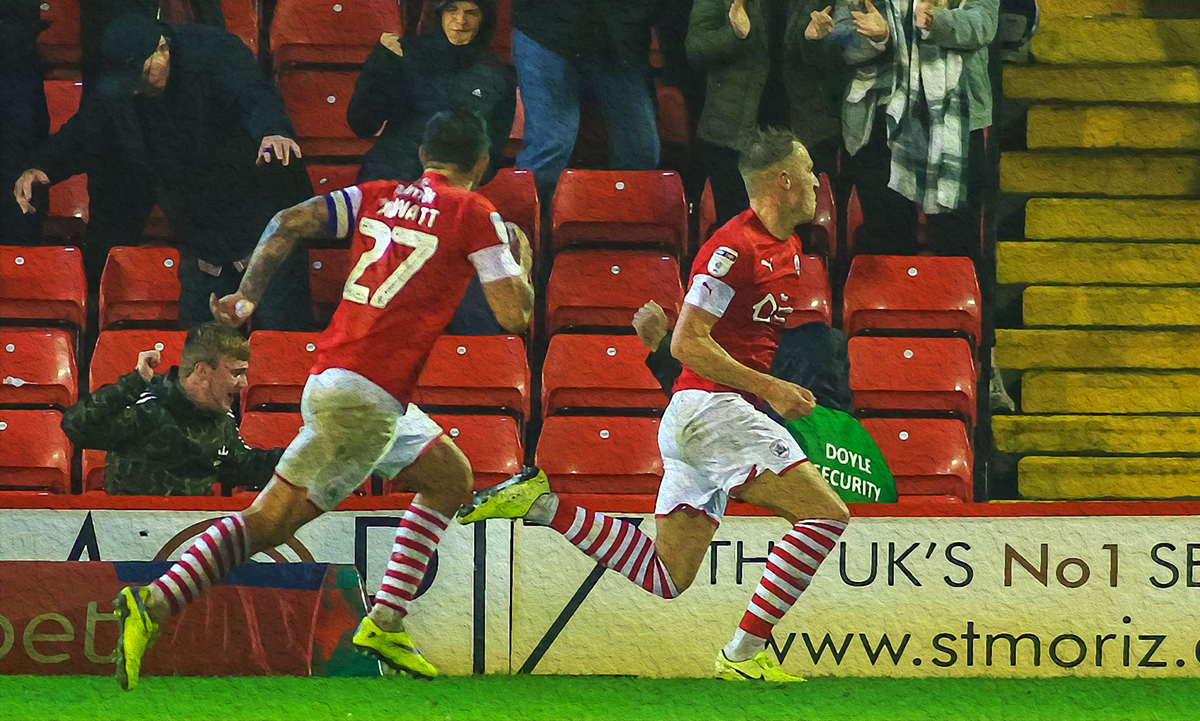 Despite dominating the game, Barnsley shot themselves in the foot once again, conceding a pair of soft set-piece goals and had it all to do with 20 minutes of the game remaining.

But an Aapo Halme header - his second of the season - was followed up by a last-gasp Cauley Woodrow strike to earn caretaker boss Adam Murray a deserved point and move the Reds off the foot of the table.

Their opponents this weekend are the one side below them. The Potters - despite boasting one of the largest budgets in the division - sit 24th and like the Reds are without a manager or head coach at present, having dismissed Nathan Jones last week. 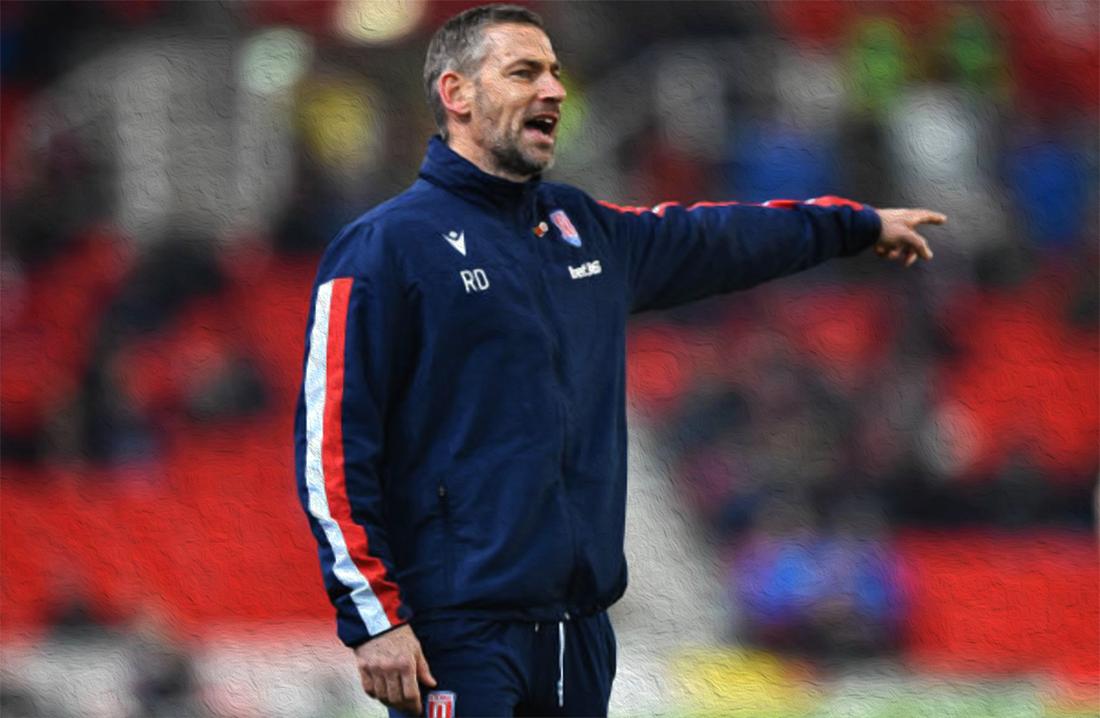 Despite the rumours about the incoming Michael O'Neill, in the hotseat for now is ex-Reds defender Rory Delap, who oversaw the Potters' 2-0 home defeat against West Bromwich Albion on Monday evening, an 11th league loss of the season.

After their decade-long stay in the Premier League came to an end last year, Stoke then struggled to adapt to life in the second tier and limped to a 16th placed finish last season.

But with some very expensive options at their disposal, plenty of experienced Premier League players, one would imagine that a decent new manager might well have them finally moving in a more upward trajectory. 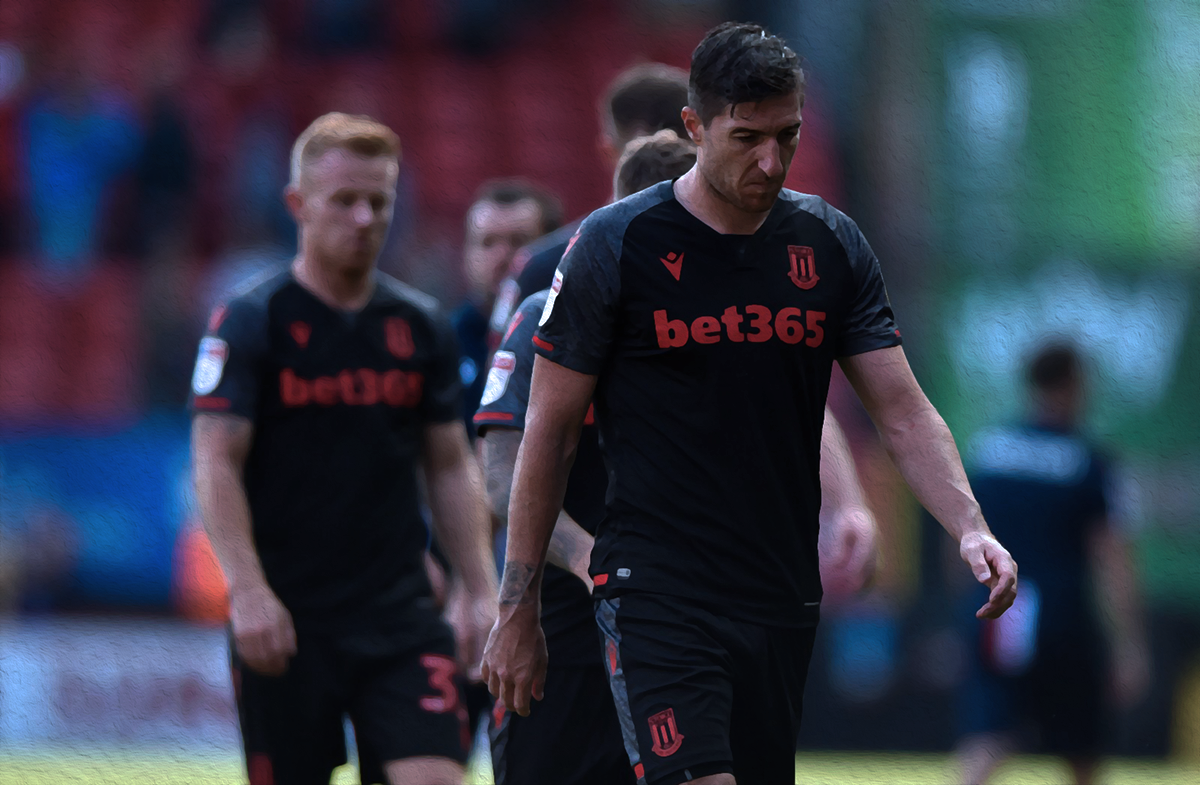 One of the most experienced is defender Stephen Ward. The Irish international recently told the official Stoke City website that the Potters' squad need to buck up their ideas.

“We know we are in a fight," Ward admitted. "But we all need to stick together and work harder than we are because it’s been a really tough start to the season.

“It’s been hard and we are where we are for a reason, we’ve not picked up enough points and our performances haven’t been good enough.

“We need to have a look at ourselves and do whatever it is that we need to do to get a result, whether that be by digging one out or just being a bit more streetwise." 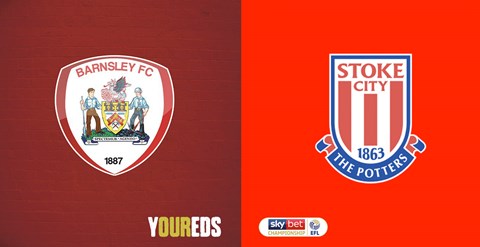 Ahead of the so-called 'six-pointer', Murray and forward Conor Chaplin met with the assembled press during the week to discuss the Potters clash and subscribers to iFollow Barnsley can watch both of their pre-match press conference videos by clicking on the linked videos below.

It's been a dozen years since the two clubs last met. A 3-3 Boxing Day thriller that saw referee Trevor Kettle playing pantomine villain back in 2007. But it's a fixture that Barnsley have the edge in, certainly in terms of the head-to-head record with 22 wins to the Potters' 20. There have also been 16 draws. 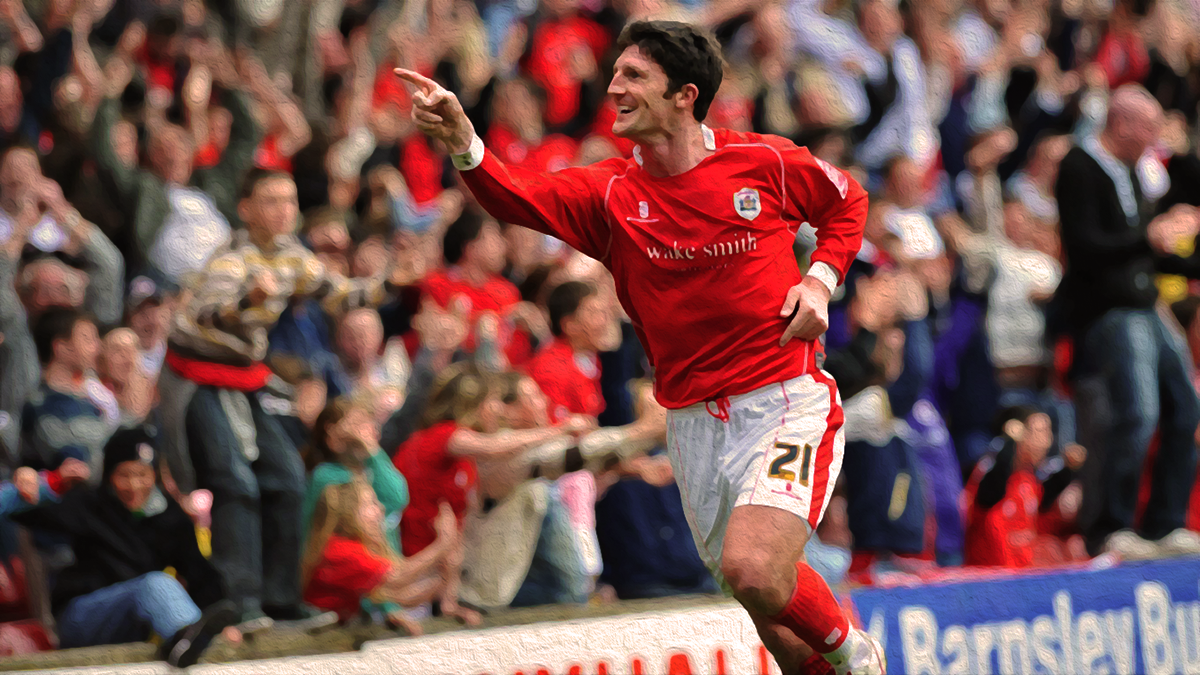 You've to go all the way back to 1986 for the last Reds defeat in this fixture at Oakwell.

Saturday also sees us pay our respects to our armed forces on Remembrance Weekend and prior to kick-off at 3pm a number of events are scheduled to take place, with John Hopkinson back once again to perform The Last Post in his usual inimitable style and special guests from the armed services here to lead out the two teams and lay wreaths on behalf of the club. 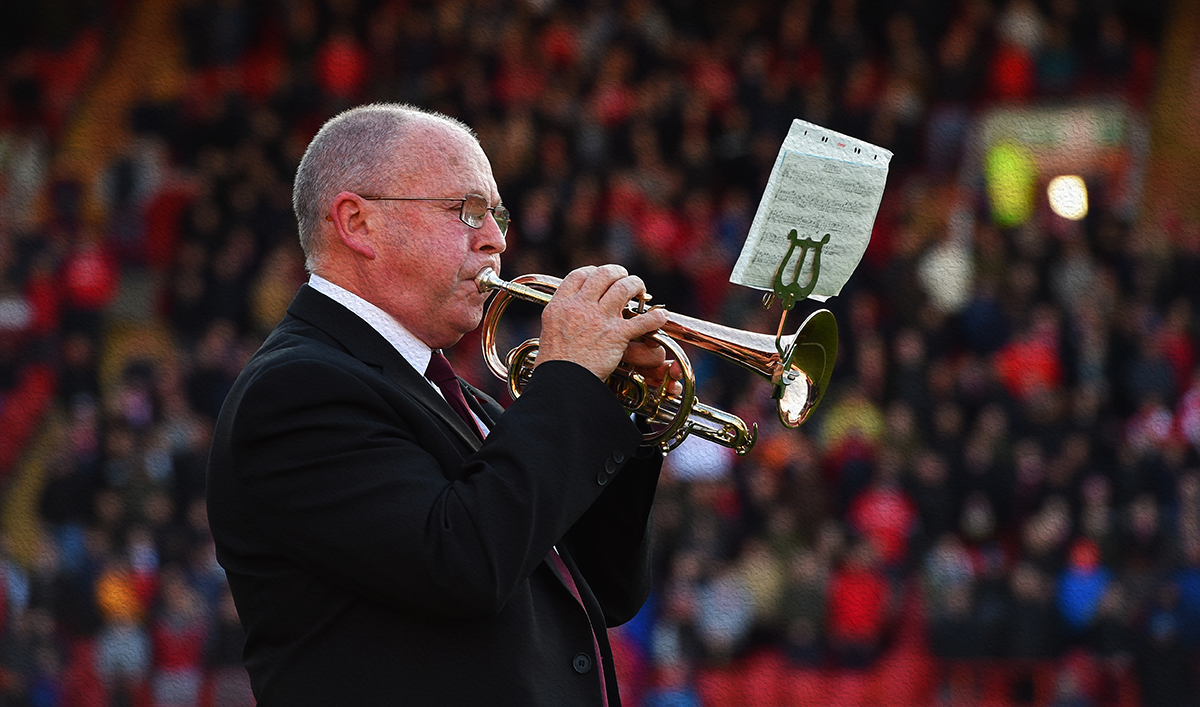 Tickets remain on sale for this match and are the cheapest on offer. A Category C fixture, Adults can get a seat for just £23. 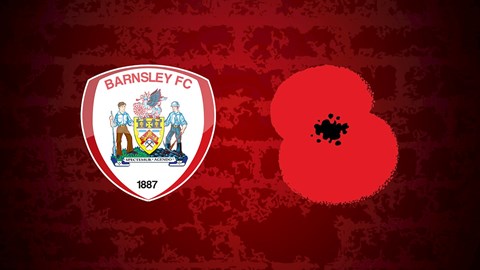 Please note that there is a £2 increase for any supporter wishing to pay on the day. 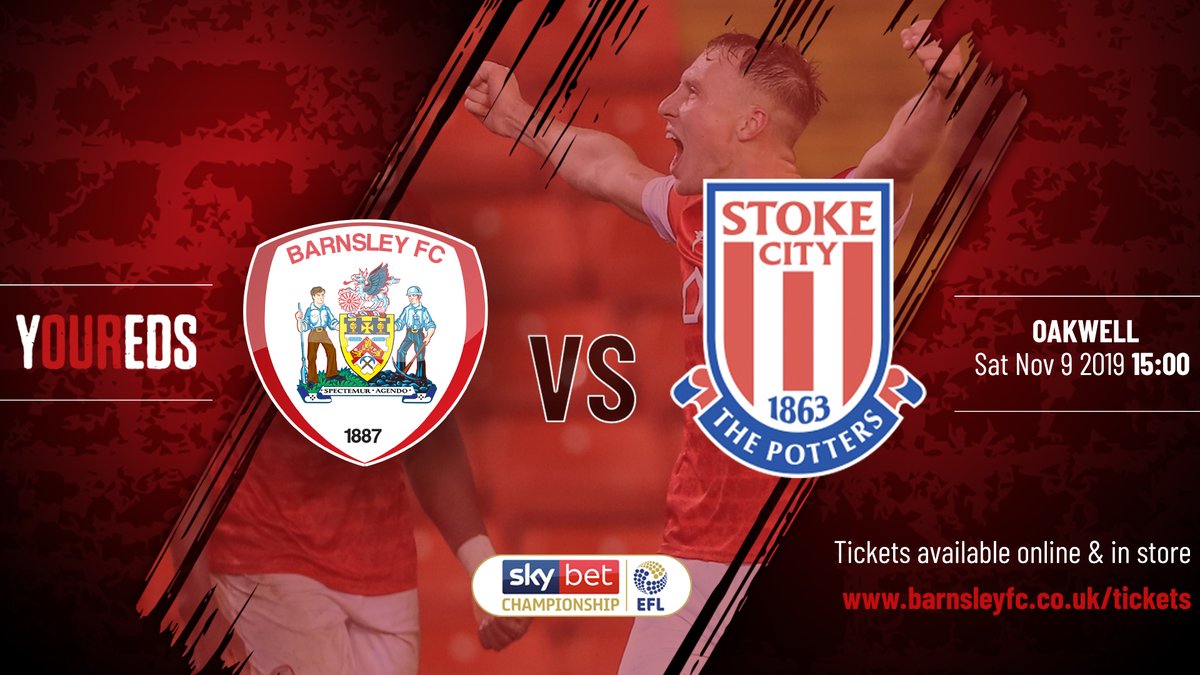 If you can't make it to Oakwell for this important clash, UK subscribers to iFollow Barnsley can enjoy live and uniterrupted commentary from just before 3pm whilst our overseas supporters can look forward to commentary and four-camera, HD footage, streamed live ahead of kick-off. 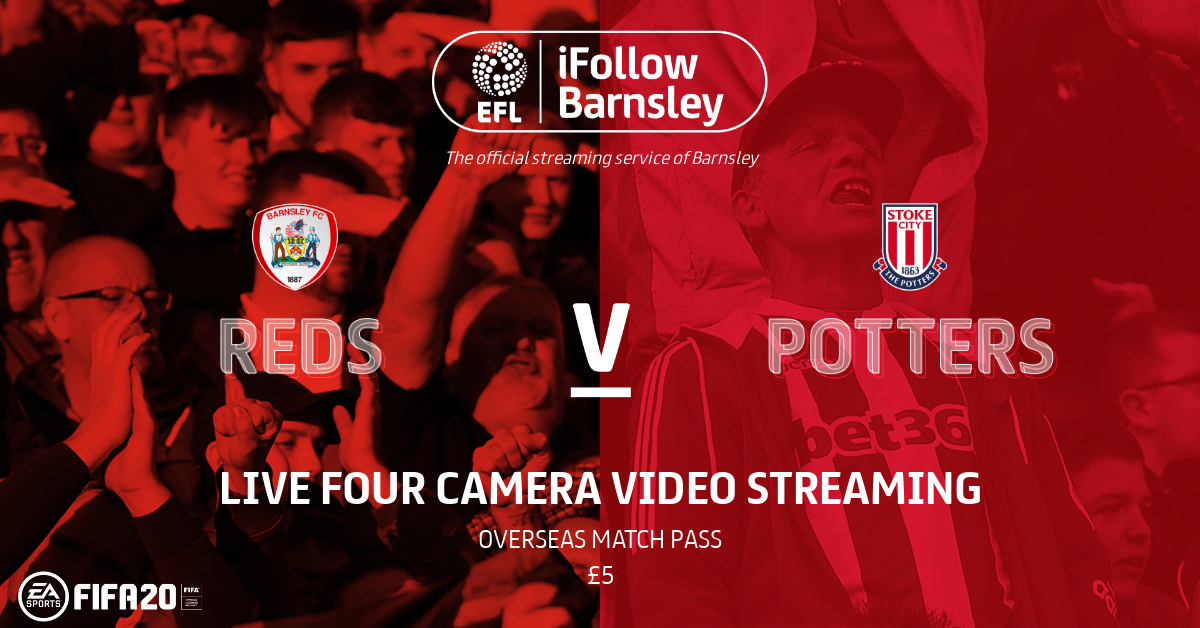 We have plenty going on at Oakwell throughout Saturday, with Toby's Kids Club, the Reds FanZone, The Family Zone - all up and running as ever with lots going on to keep the young and older fans entertained before the big game kicks off!

Check out the various articles surrounding this fixture, contained within this preview.

Enjoy the game, and COME ON YOU REDS!


All the relevant turnstile, ticketing and car parking information ahead of our clash with Stoke City at Oakwell.

The Reds battled against a strong Stoke City side, but were defeated 4-2 in the Sky Bet Championship here at Oakwell.

A double from Sam Clucas and further goals from Lee Gregory and James McClean secured the three points for the Potters after Cameron McGeehan and Patrick Schmidt brought Barnsley back into play in the second half.

Caretaker boss Adam Murray made one change to the side which fought back to draw 2-2 with Bristol City last time out, as McGeehan returned to the starting line-up in place of Malik Wilks.

This was the first time Barnsley had faced Stoke in 12 years when the two teams played out a 3-3 draw at Oakwell back in 2007.

The Reds fired first on that occasion, but this time around, it was Stoke who had the early advantage when Sam Clucas gathered the ball inside the Barnsley half and audaciously chipped Brad Collins eight minutes in.

Five minutes later, the Potters almost doubled their advantage when McClean was played in down the left side of the penalty area, but a strong save from Collins at his near post denied them a second.

Up the other end, Cauley Woodrow carved out the first opportunity of the game for the Reds as he lined up a shot from distance, however his effort was well handled by Jack Butland in the City goal.

On the half hour mark, Stoke were awarded a penalty when McClean got in behind again and went down inside the area under a challenge from Alex Mowatt. Lee Gregory stepped up to take the spot kick and rolled the ball into the bottom left corner, sending Collins the wrong way.

Two minutes were added on at the end of the first half, but Barnsley couldn’t fathom another opportunity to break down the Potters defence before the break to reduce the deficit.

At the half-time interval, the Reds made their first substitution of the game, as Toby Sibbick was replaced by Luke Thomas.

Just two minutes later, Thomas was involved in the thick of the action as he set-up McGeehan for his second of the season. The midfielder’s perfectly weighted pass from the edge of the area found the onrushing Northern Irishman who emphatically smashed the ball into the top corner of the net.

Then, in the 57th minute, Thomas caused problems again as he cut in from the right flank and looked to get a shot away, however, as he pulled the trigger, he appeared to have been fouled by a Stoke defender inside the area, but referee Jeremy Simpson waved the appeal away.

With 63 minutes on the clock, Collins was called into action again, saving with his feet to block a close-range effort from McClean.

However, a minute later, the Potters were able to restore their two-goal advantage when Joe Allen latched onto a loose ball inside the area to slot home with a first-time effort.

In the 68th minute, Clucas got his second of the game and Stoke’s fourth when he leathered a shot from 25-yards-out into the top corner to leave Collins with no chance.

The Reds fought to get back into the match as Dimitri Cavaré burst forward and unleashed a curling effort towards the bottom right corner, but his shot nestled just wide of Butland’s goal.

Schmidt was brought into play in the 81st minute and with his first touch of the match, fired past Butland to reduce the scoreline to 4-2.


All the relevant turnstile, ticketing and car parking information ahead of our clash with Stoke City at Oakwell.