The games keep on coming and the battle for survival moves on to Bedfordshire for Barnsley this midweek, as we head to Luton in a game the Reds dare not lose - here's your preview.

The feelgood factor that had grown throughout the opening three games of this mini-season following the return to play took something of a knock last time out; a beating at Stoke City did for that, seen off 4-0 by fellow relegation rivals in dismal fashion.

It wasn't just the loss that hurt Barnsley in the Potteries at the weekend, but the manner in which they were defeated. The great recent run of clean sheets came to a crashing halt, with defensive mistakes back on show and a glaring lack of urgency in the Reds' play despite 70% of the ball. 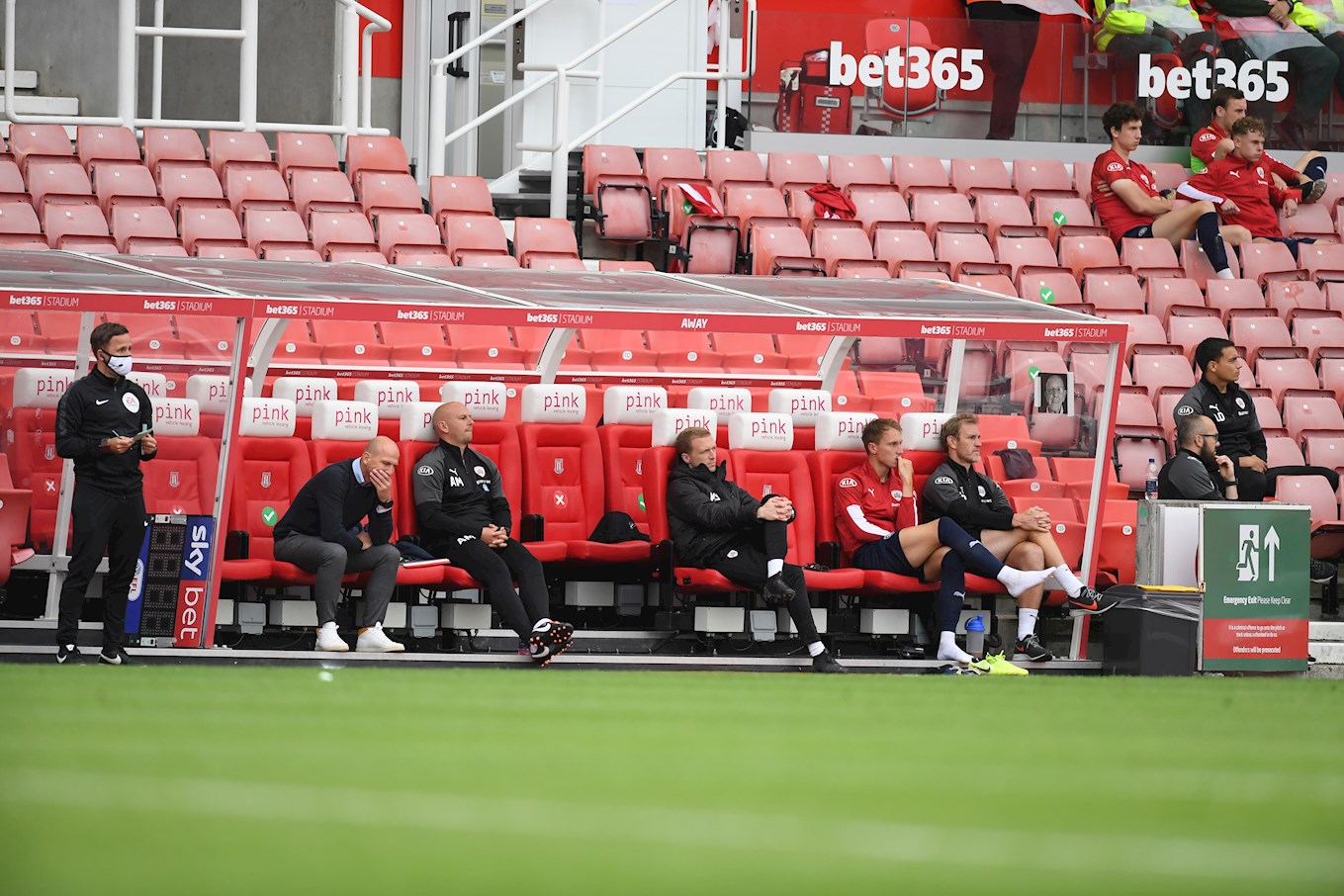 Now, it's about regeneration and recovery, as Gerhard Struber's side prepare for another long journey south for a 6pm kick-off at Kenilworth Road on Tuesday, against a Hatters outfit who themselves were blown apart by Reading last Saturday, to remain rooted at the bottom of the Sky Bet Championship table.

Head Coach, Struber and his defender Jordan Williams spoke to the assembled media via Zoom during the week to preview this huge clash, and you can watch both interviews on iFollow Barnsley.

That too was Luton's first defeat in the four games they've played since the end of lockdown in terms of English football. They'd just had positive results on the road, back-to-back, having seen off Swansea City in Wales and then battled for a priceless point at league leaders, Leeds United in a 1-1 draw at Elland Road. 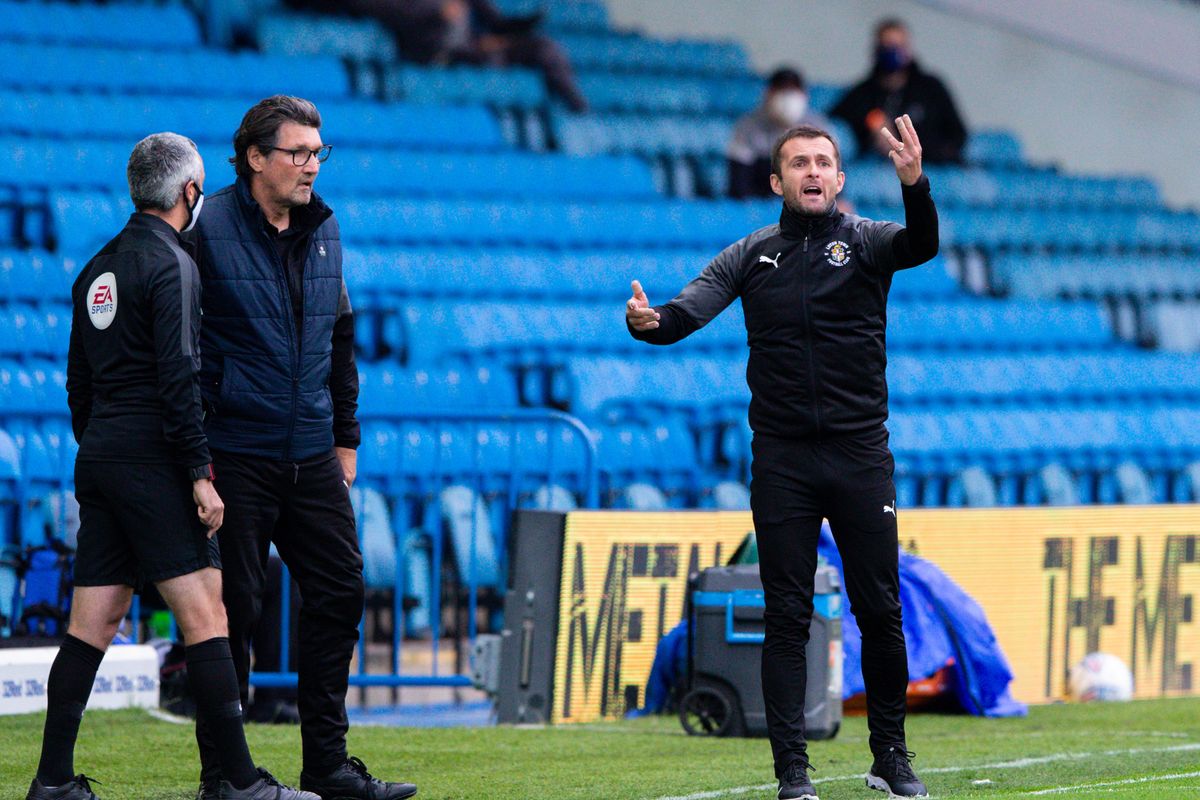 Our hosts on Tuesday night began the restart with a new manager. We say new, but in Nathan Jones they reappointed the man who'd previously earned promotions for the club before his disastrous exit last season to Stoke City.

In the Hatters squad are a plethora of former Barnsley players, with most of them regularly featuring for Luton over the course of this challenging campaign back in the second tier.

Defenders Matty Pearson, Martin Cranie and James Bree had spells at Barnsley; George Moncur, Luke Berry, Jacob Butterfield and Ryan Tunnicliffe have all represented the Reds in midfield and forward Elliot Lee spent a year at Oakwell without really making an impact. 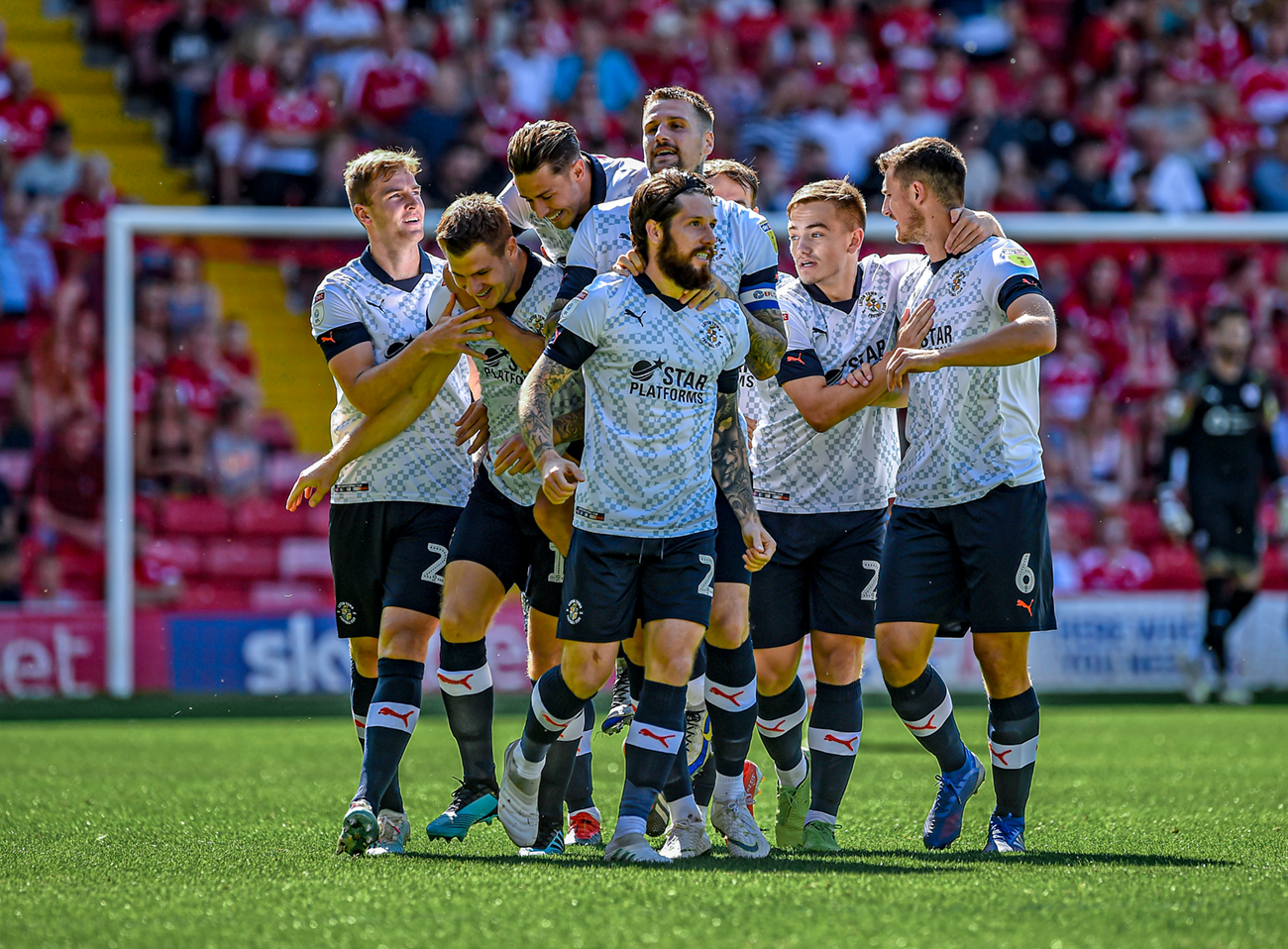 In the reverse fixture at Oakwell, the Reds were blown away in the first half with Butterfield's second-minute strike setting the tone as the Hatters led 3-0 at the break. A second half Mallik Wilks consolation goal was scant reward for Barnsley, and they'll hope to start this clash in much better fashion, and not like they did in that August clash or indeed, in Saturday's game in Stoke-On-Trent.

Historically speaking, Barnsley have the edge in this fixture. They've won 27 times to Luton's 24, and the Reds haven't lost a league game at Kenilworth Road for 27 years.

They took four points off the Hatters last season as both clubs were promoted automatically, with them now looking to pull off two separate versions of the great escape. 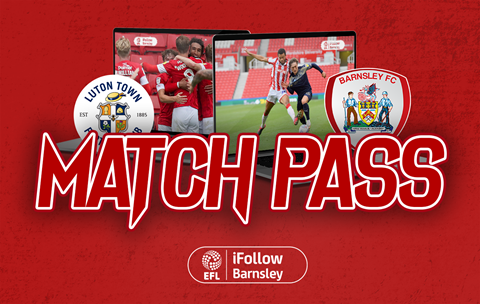 The Reds are a point ahead of Luton going into this one, and four points from safety after the last round of fixtures dropped kindly in terms of results, with only Saturday's victors Stoke and local rivals Huddersfield Town picking up points of those in the fight to remain in the Championship.

A defeat for either side on Tuesday evening would put a severe dent in any survival chances, and a draw isn't likely to be warmly greeted either. So this is without doubt the biggest game of the season so far.

As ever during these behind-closed-doors fixtures, the clash is being broadcast on iFollow Barnsley, and you can get your Match Pass by clicking THIS link, giving you live coverage on Tuesday night as Struber's side look for maximum points and the perfect response to our first defeat in four!

Reds fight back to earn a point in this bottom-of-the-table clash.

In a game that Barnsley dominated for large spells, they had to be thankful for a late Aapo Halme strike which helped them to a share of the spoils in a high-energy encounter.

The Reds bossed most of the first half, with Conor Chaplin and then Cauley Woodrow going close inside the opening exchange. The former's header was tipped over the bar and then the latter's effort from a Marcel Ritzmaier corner fizzed into the side-netting.

Ritzmaier was in impressive form and he played a great ball inside to the on-rushing Jacob Brown on 10 minutes, a first time strike from the forward was brilliantly parried behind by Luton 'keeper Simon Sluga.

But as ever with this Reds side, they were made to pay with the opponents' first real attack of note, as on 15 minutes Luke Berry crashed in a rebound following an earlier effort from Elliot Lee striking the post.

Alex Mowatt was cleaned out just outside the box by Sluga a minute or so later, but the referee only issued a yellow card.

Further chances for Woodrow and Chaplin came and went, as the Reds kept knocking on the door before half time.

The second half was a different affair for the opening half-hour as Barnsley struggled to find the same joy against a more adventurous Luton side.

It took a few substitutions to change the direction of the game, with Elliot Simoes, Callum Styles, Patrick Schmidt and Halme (most pertinently) making an impact from the bench.

After yet another Ritzmaier corner wasn't cleared, the big Finn smashed home from a couple of yards out with his first touch of the game.

Schmidt flashed a header so close soon after, but the game swung end to end as we entered stoppage time.

Reds' stopper Jack Walton pulled off a heroic save one-on-one as Harry Cornick sped through on the counter, before Styles got to the byline and saw a cross miss everyone inside the six yard box despite bodies stretching everywhere.

Not the result the Reds were after, but it could be a vital point with four games remaining in the battle for survival.