With just four games remaining of this extended campaign, the opportunities to escape the relegation zone are getting fewer as in-form Wigan visit Oakwell this weekend - here's the preview.

Following quickly on from Tuesday night's 1-1 draw at Luton Town, Gerhard Struber's side return to Oakwell this Saturday to take on Wigan Athletic in a 3pm kick-off.

It was a disappointing evening at Kenilworth Road, where despite fighting back from a goal down to take what could potentially turn out to be a vital point come the end of the season, Barnsley ought to have really taken home all three. 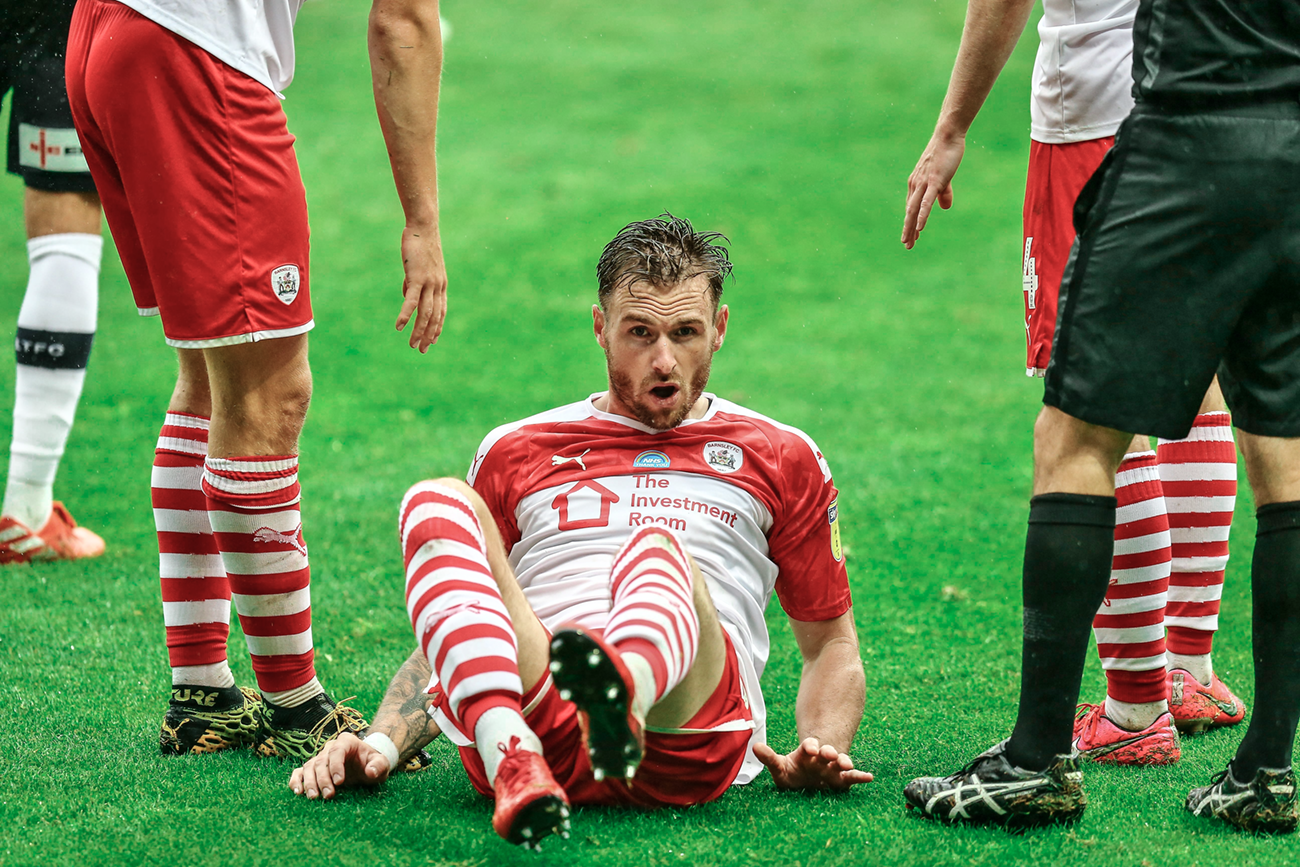 Dominant from the outset, the Reds were denied a number of times by the Hatters goalkeeper before substitute Aapo Halme, thrown on as an emergency striker was on hand to stab home the equaliser in the last five minutes of the game.

With other midweek results thrown in, Barnsley are four points from safety with just four matches still to complete, in this elongated Sky Bet Championship season.

Reds' Head Coach, Struber and top goalscorer Cauley Woodrow spoke with the press in midweek via Zoom and you can see their pre-match press conference videos in full over on iFollow Barnsley or by clicking on the linked videos below.

After an impressive finish to the 2018/19 Sky Bet Championship campaign, form that secured their status in the division when all seemed lost at one stage, Wigan Athletic spent considerable sums of money last summer to strengthen their squad and attempt to push on up the table this time around.

But, just one victory (on the opening day) in their first eight fixtures had Latics on the back-foot from day one and by the end of 2019, they were looking likely candidates for relegation. However, their form in 2020 has been astonishing; a real turnaround in results and up until defeat at Brentford, Wigan were unbeaten in eight fixtures without conceding a goal, a sequence that had seen them reach 50 points and look all but safe once again.

They got back to winning ways in midweek, beating QPR at home by a goal to nil, with former Reds striker Kieffer Moore on target.

When the sides met early in the season in the reverse fixture at the DW Arena, it ended in a stalemate, a goalless encounter thanks mainly to the efforts of both goalkeepers, with Reds full back Ben Williams sent off late in the game.

The placing of the club in administration eight days ago now, and with the threat of a 12-point deduction hanging over them, Latics have it all to do if they’re to survive for another year in the English second tier.

It's been a very testing week or so for all concerned with Wigan, as redundancies hit them hard and the legal issues surrounding their immediate future, but Latics boss Paul Cook has a terrific record as a manager and believes there is plenty of fight left in his players as they prepare for a huge clash in the battle to survive the drop.

"We've got four games to go and the reality is that if we keep winning football games, we'll be in this division and that's what we've got to concentrate on, nothing else."

Saturday's meeting will be only the 16th between the clubs.

And the Reds have never beaten Wigan in a league game at Oakwell. Indeed, you've to go right back to 2002 for the last goal scored against the Latics on home soil, which was a Kevin Betsy strike of consolation in a 3-1 defeat.

There have been happy memories, however, in this fixture. In 2016, the Reds beat Wigan away 4-1 on the final day of the 2015/16 season, a result that ensured a playoff spot and an eventual promotion.

Another clean sheet but not the win that Barnsley desperately required against Wigan this afternoon.

Another draw for Gerhard Struber's side, earned in a very scrappy and competitive affair with Latics, where the point wasn't really enough for either side in the fight for survival.

The Head Coach had made two changes to his starting lineup with Callum Styles and Elliot Simoes given their opportunity after impressing from the bench in midweek.

And it was a bright start to this game from the home side, with early joy down the right flnk through Kilian Ludewig whose fizzing low cross was begging to be converted, before Cauley Woodrow found a yard of space but fired straight at the 'keeper from the edge of the box.

Jacob Brown had the best effort of the half when his left-footed strike looked to be bending into the bottom corner only for visiting 'keeper David Marshall to claw it away at the final moment.

There was little of note to report beyond that, other than a booking for Antonee Robinson who had cleaned out Kilian Ludewig for what looked a certain sending off.

There was little improvement in terms of the game as a spectacle after the restart, with the away side barely testing the Reds' backline, and Struber's side struggling to impose themselves on Wigan in the final third.

Another blank fired by Woodrow saw him replaced on the hour mark, but Conor Chaplin fared little better once on.

The best second half chance fell to Michael Sollbauer who was just onside after Styles' ball back in from the edge of the box but he couldn't stretch enough to get a decent connection and saw his shot screw a foot wide.

A sending off came on 73 minutes as Danny Fox went in high on Simoes, but the visitors held on for a point that neither side were craving.

One final chance dropped for Styles but Marshall repelled it.