The Reds are on home soil this weekend for the first time in 2020 with local rivals The Terriers the visitors - it's time for the preview!

With progression in the FA Cup ensured last weekend, it's back to league action for Barnsley with West Yorkshire outfit Huddersfield Town coming to Oakwell as the battle for second tier survival continues in a 3pm kick-off.

The Reds' first game of the New Year didn't go as planned; a Wayne Rooney-inspired Derby County edged Barnsley 2-1 at Pride Park on January 2. That halted the Reds' five-match unbeaten run in the Sky Bet Championship and it's three games now since Gerhard Struber's side tasted victory in the league. 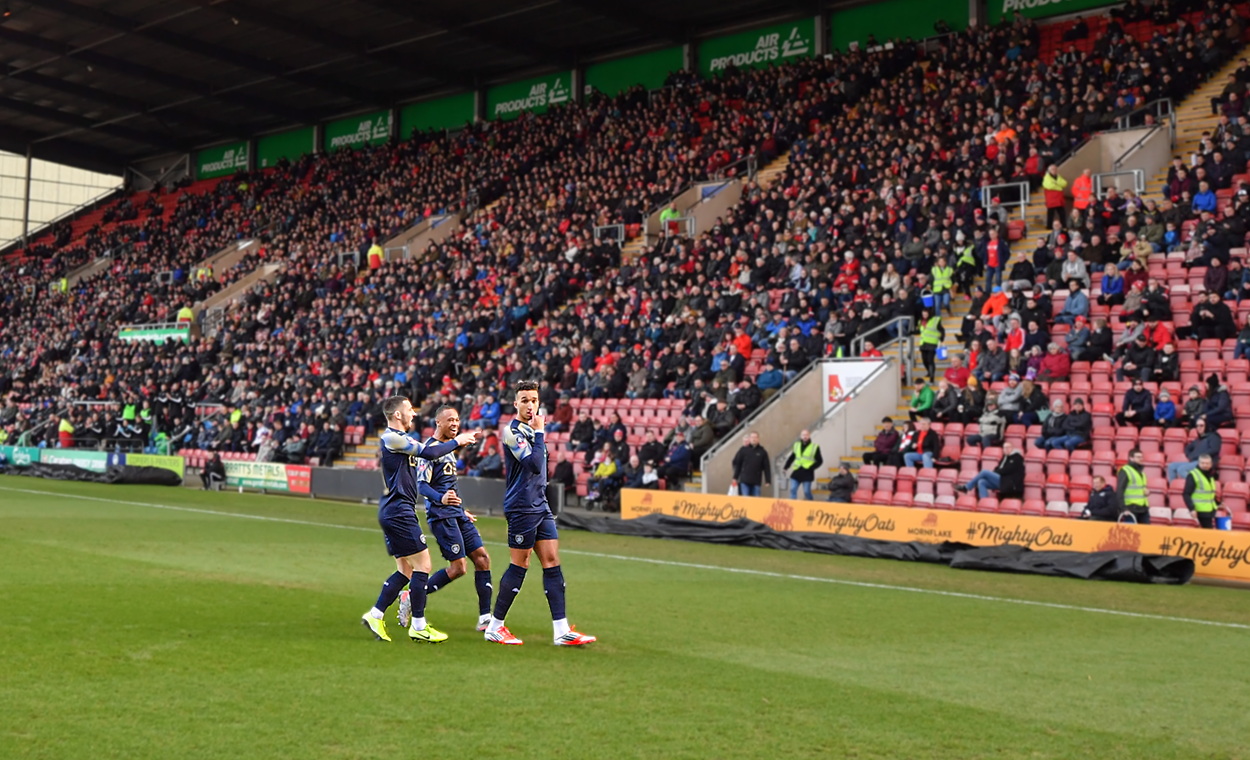 Last Sunday's 3-1 triumph in 'the oldest cup competition in the world' against League Two high-flyers Crewe Alexandra was another positive, however. There were welcome goals for Jacob Brown and Luke Thomas in particular who ended their particular personal goal droughts and Conor Chaplin, the final part of the frontline trio bagged yet again to carry his red-hot form into a New Year.

Ahead of this big fixture, Head Coach, Struber sat down with the press in midweek to help preview it along with new signing Marcel Ritzmaier and iFollow Barnsley subscribers can watch both of their pre-match press conference interviews by clicking on the linked videos below.

There is very little to concern the boss in terms of the health of his squad right now, with only Cauley Woodrow nursing a knock at present. And whilst the Reds did see Cameron McGeehan depart the club (loaned to Portsmouth) this week, Struber bringing in Ritzmaier, his former Wolfsberger midfielder and also adding young full-back Kilian Ludewig on a loan deal means for now, the numbers have increased.

Tickets for this Category B clash are selling quickly and our visitors are expecting to sell out their allocation also, but they do remain on sale both online and in-store. Click the linked image below and make sure you're here cheering on Gerhard and his team in what is likely to prove a key fixture in terms of the fight to retain Championship status. 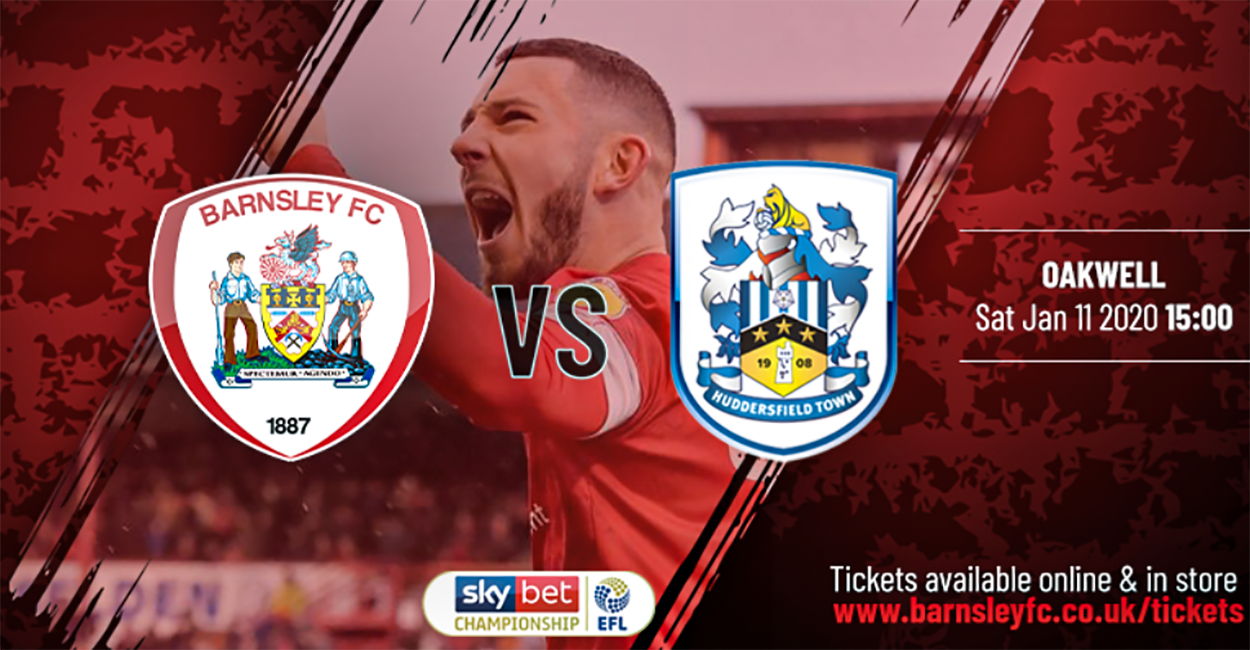 Our visitors from across the county to the west are coming into this clash with up and down form, but with three wins in their last six matches. There's definitely been an upturn in performances, and results since the Terriers appointed former Lincoln City boss Danny Cowley.

They were however, well-beaten in their last league fixture; going down 5-2 at home against fellow relegation strugglers Stoke City at the John Smith's Stadium.

"It's definitely been challenging but we've navigated through a really tough storm and I can actually, somewhere in the distance, see a bit of sun."

Huddersfield have won three games on the road this season, with their most recent being the 1-0 success in the capital at the start of December, against another side struggling for form in Charlton Athletic.

Benin international striker Steve Mounié has come into some good form of late, scoring three times in his last four games, including winners against both Nottingham Forest and Blackburn Rovers having endured a largely frustrating couple of years in Kirklees. 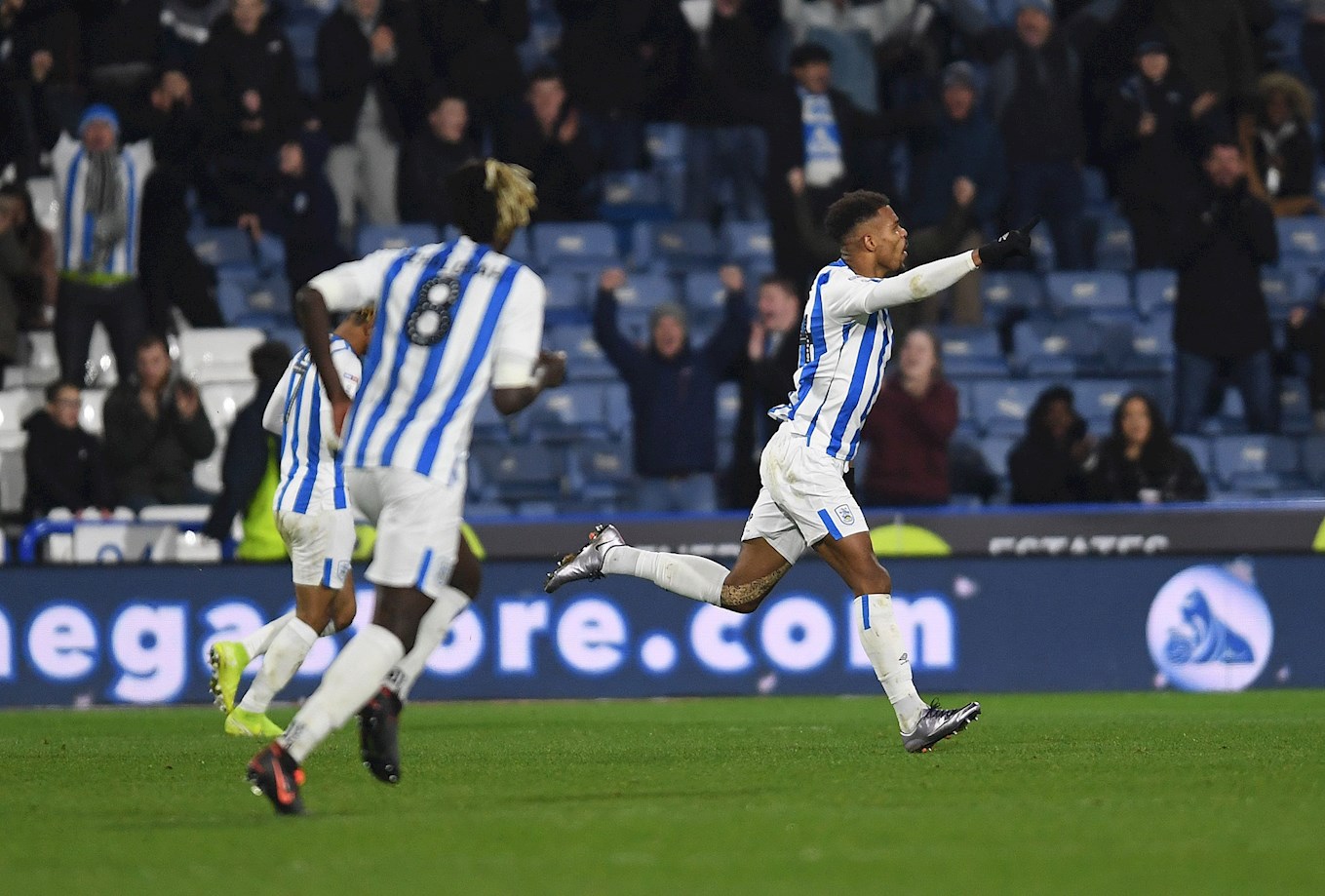 The Reds were on the losing side in the reverse fixture back in October. Jacob Brown grabbed a consolation goal but the damage had been done with goals in either half from Christopher Schindler and Karlan Grant.

It's a more positive story however, when looking at this particular Yorkshire Derby clash when played at Oakwell, with Barnsley winning eight of the last dozen league fixtures here.

The most memorable obviously being the 7-1 demolition back in the 1998/99 campaign where a debut to remember from Craig Hignett inspired the Reds to one of their biggest ever victories.

With this fixture being a 3pm kick-off on a Saturday, the iFollow Barnsley live stream will not be available for UK subscribers on this occasion. 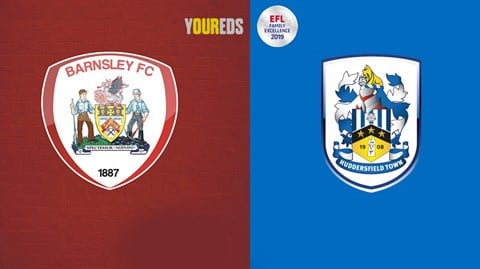 Our overseas supporters however, they do have that as an option this weekend. For UK subscribers unable to get to Oakwell, we will have live and uninterrupted commentary from just before 3pm with our own Matt Bailey on the mic.

Just click on the linked image below for all your Match Pass options as the Reds welcome the Terriers to Barnsley for a crunch Championship clash to kick off 2020! 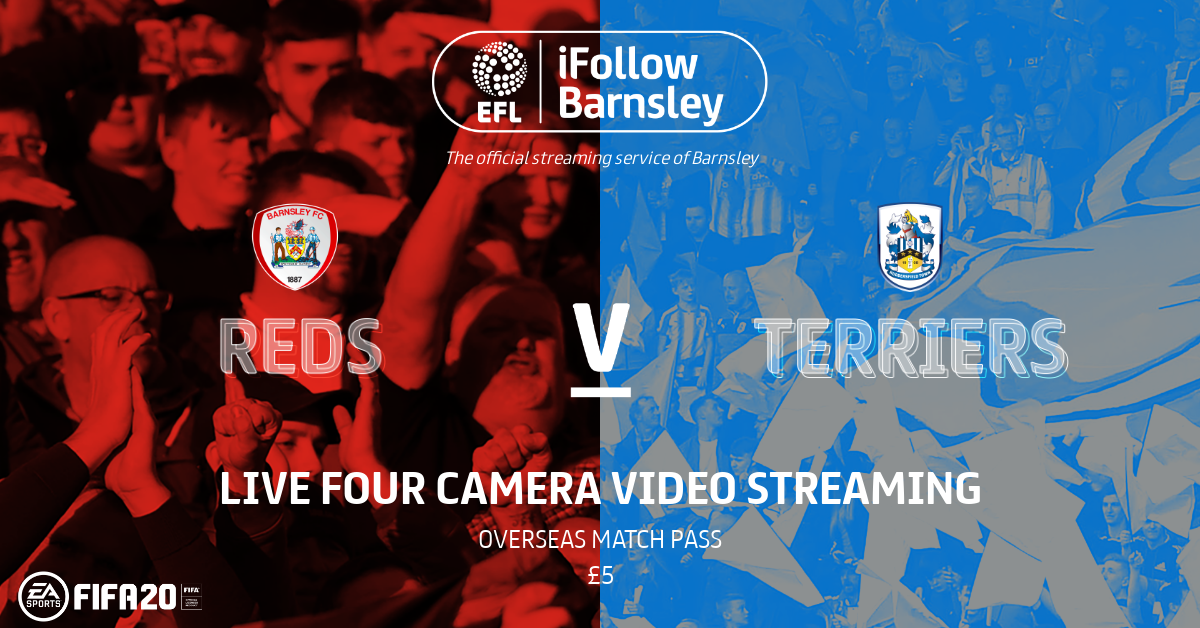 
All the relevant safety and access information ahead of the Huddersfield Town fixture on Saturday 11 January 2019, 3pm kick-off.

The Reds bounced back in style with victory over Yorkshire rivals Huddersfield Town in the Sky Bet Championship on Saturday afternoon.

A goal in each half from Alex Mowatt and Conor Chaplin ensured Barnsley took all three points at Oakwell to close the gap on the teams around them.

Huddersfield started the day just above the relegation zone in 20th with the Reds behind them in 23rd, but victory for Barnsley saw them move within four points of the Terriers.

Head Coach Gerhard Struber handed a debut to new signing Marcel Ritzmaier, as the Reds were looking to return to winning ways in the league following defeat to Derby County last time out.

They faced tough opposition in Huddersfield, who were gunning for their third win in their last five Sky Bet Championship matches.

Barnsley’s last victory over the Terriers came way back in 2013, but they were looking to put an end to that record at Oakwell on Saturday.

The Reds started in the best possible way, opening the scoring with their first attack of the game. Jacob Brown’s pace and power was too hot to handle for the Huddersfield defence as he raced to the by-line before he pulled the ball back across the face of goal for Alex Mowatt to tap home.

Luke Thomas then looked to further Barnsley’s lead. The midfielder picked up possession in the centre of the park, before he ran towards the edge of the area and unleashed a curling effort which just missed the target.

With half-an-hour on the clock, Clarke Oduor’s corner was met by Bambo Diaby, but despite the defender rising highest in the area, he couldn’t quite direct his glancing header on target.

Ritzmaier almost made it a debut to remember when he tried his luck from distance, but his well-struck shot was deflected just wide.

The fourth official indicated just one minute of added time at the end of the first half, as Barnsley held onto their lead going into the break.

The first chance of the second half fell to Barnsley and Chaplin after Brown’s low cross picked him out in the six-yard-box. With the form the striker is in at the moment, he made no mistake with the finish from close-range to score his tenth league goal of the season.

However, just seconds after the restart, Huddersfield attacked the Barnsley goal and scored what could only be described as a rocket, when Lewis O’Brien struck from 20-yards out to rifle a half-volley into the top corner of the net.

After pulling one back, the Terriers had their tails up and forced Sami Radlinger into making a fine save at his near post. Substitute Steve Mounié plucked the ball out of the air, before firing towards goal, but the Austrian was able to get down low to steer the effort around the post.
Juninho Bacuna then whipped in a free-kick from the left. Frazier Campbell met it at the back post, but his volley went high over the crossbar from six-yards-out.

The Reds defended resolutely for the remaining 15 minutes to see the game out in what was a determined performance from Struber’s side.


All the relevant safety and access information ahead of the Huddersfield Town fixture on Saturday 11 January 2019, 3pm kick-off.