The Reds are back on home soil for a midweek Sky Bet Championship clash, with the Royals in town - it's time for the preview!

There's no letting up in this busy period of the 2019/20 Sky Bet Championship campaign as Barnsley are straight back down to business with a home clash on the agenda against Reading on Wednesday night at Oakwell.

Fresh off the back of the weekend's cruel, last-gasp defeat in the Welsh capital against Cardiff City, the Reds have another opportunity to get much-needed points on the board in their battle to avoid relegation. 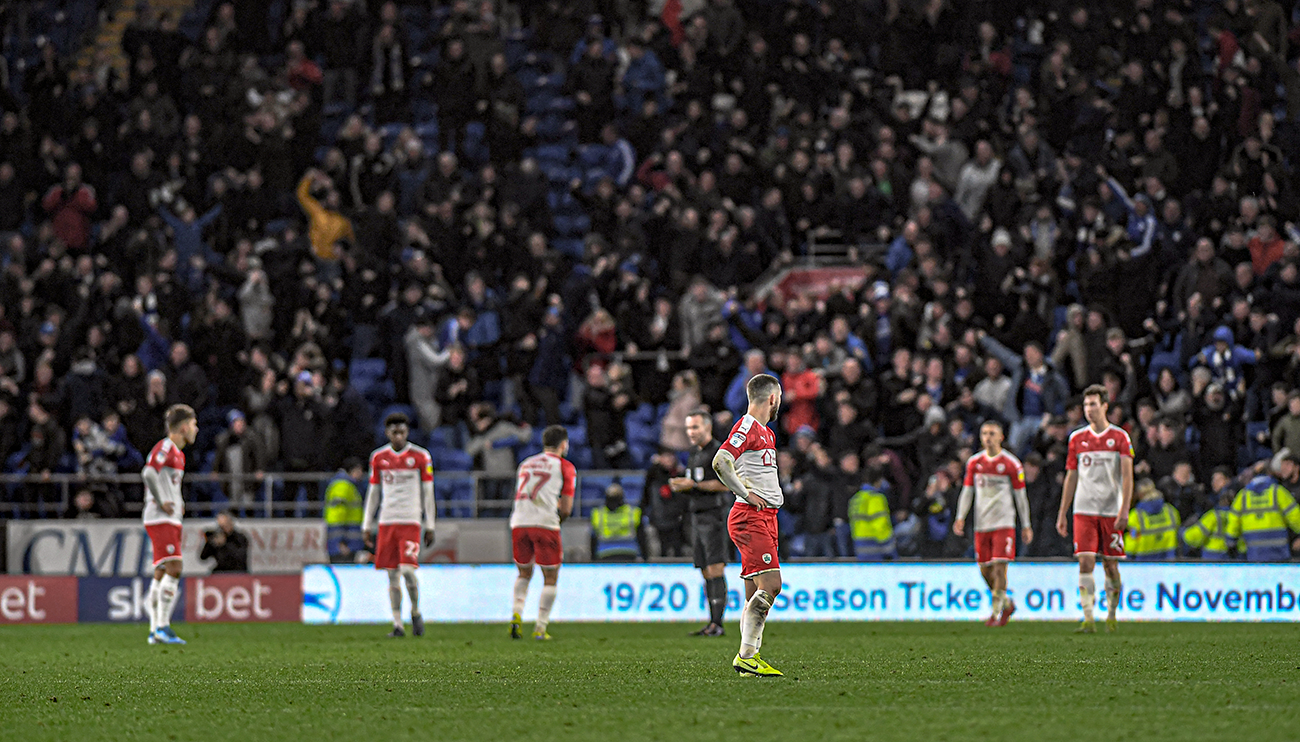 That 3-2 loss at the Cardiff City Stadium and other results sees the Reds firmly rooted to the foot of the table and some eight points adrift of 21st position and safety. 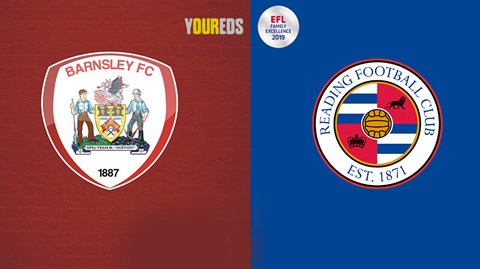 Gerhard Struber's men twice led in Cardiff, but their defensive frailties were on show once again, no more blatant than in the 94th minute when Lee Tomlin popped up unmarked in the box to fire home his customary goal against the Reds, and to condemn us to our 12th loss of a tough season to date. 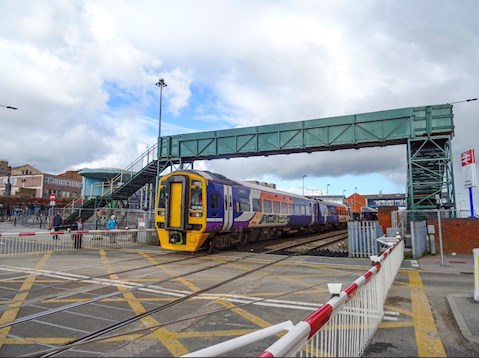 It's four defeats in the last five games and yet somehow, you cannot help looking at each game that ended in a loss and thinking that points were there to be had. Performances have, in general, been positive, save for the habit of gifting the opposition goals. 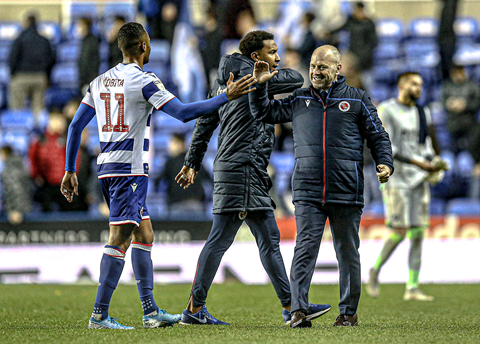 And so if the Reds can tighten up at the back, they will surely begin to climb their way up the table and out of the trouble they're mired in at present. But that has to start now, with the visit of a Reading side who've lost three of their last four and sit just a handful of places further up the table, nine points ahead of Barnsley. 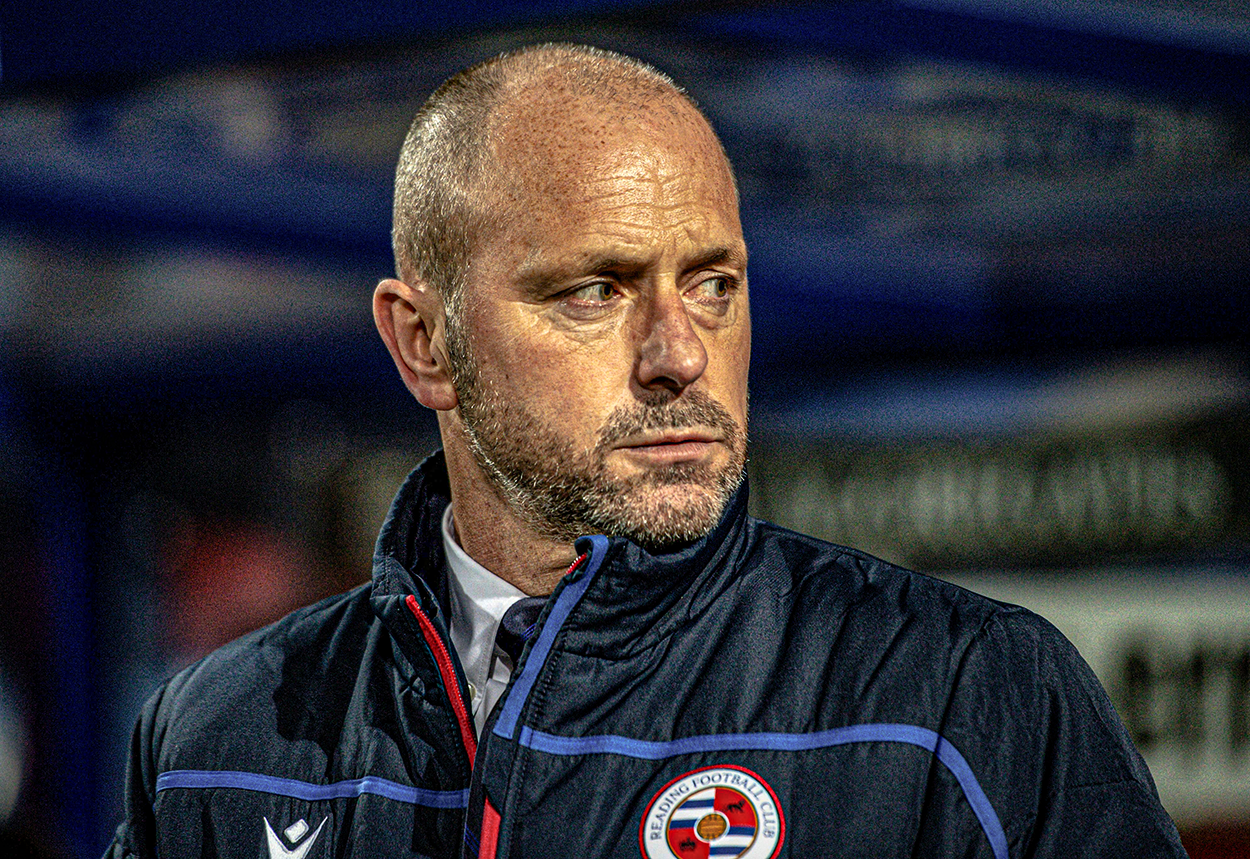 Led by former Welsh international defender Mark Bowen, the Royals from Berkshire have certainly improved since the ex-Norwich City star took over the management duties at the Madejski Stadium in the middle of October.

He's guided Reading to four wins from his eight games in charge thus far and they won in their last match on their travels, beating fellow strugglers Wigan Athletic 3-1 at the end of November.

The Royals have reverted to a 5-3-2 system under Bowen and play in a more direct fashion than their fans have been used to in recent years.

With experienced defenders such as Liam Moore and Michael Morrison at the back, they provide a firm base which allows the likes of Ovie Ejaria, John Swift and the mercurial George Puscas to do their thing further forward. 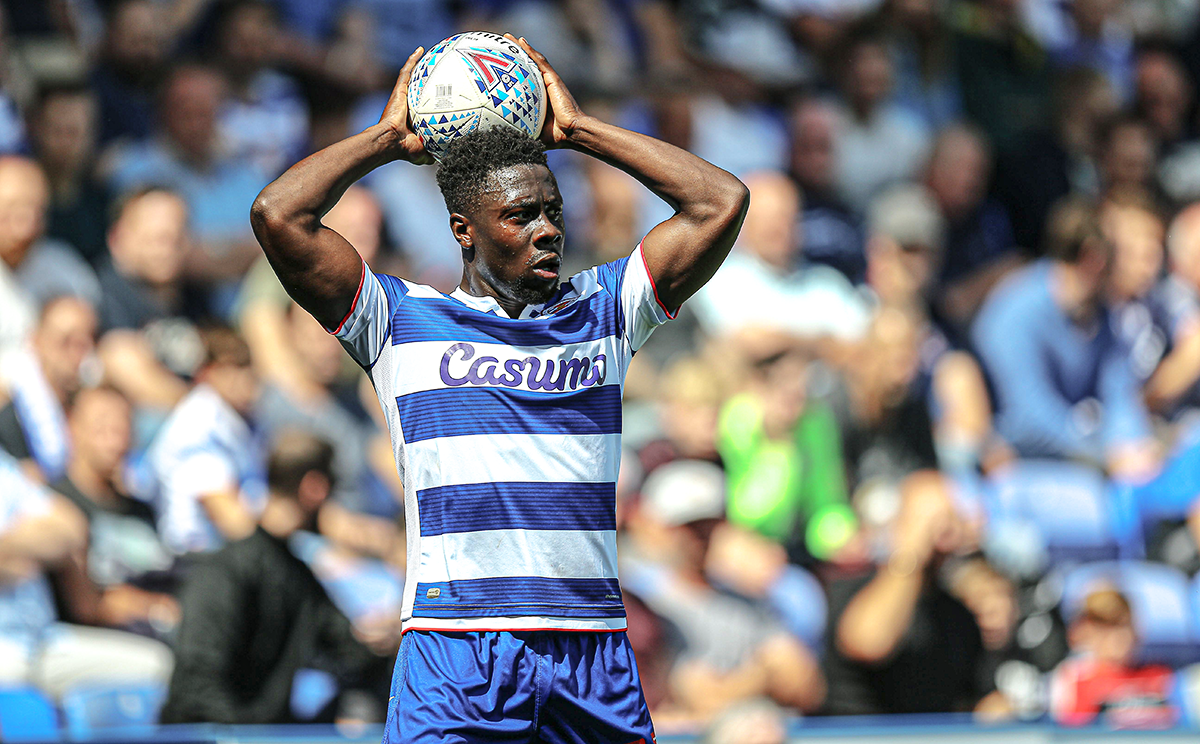 There are fitness concerns over former Reds defender Andy Yiadom who, if recovered in time from a knee injury will make his first return to Oakwell since leaving for the Royals in 2018.

Bowen told the Reading FC Official Website ahead of this clash:

"I expect a reaction from my players when we play Barnsley on Wednesday and we won't look any further ahead than that.

"We'll bounce back from the defeat on Saturday, I'm sure. We have a good group of lads in the dressing room and they'll all want to come back strong on Wednesday."

Reds boss, Struber was joined by forward Jacob Brown on media duty this week to preview the Reading fixture and you can watch both of their pre-match press conference interviews by clicking on the linked videos below.

This hasn't been the kindest of fixtures for us over the last decade, and you've to go right back to 1996 for our last league victory against the Royals on home soil. That was a 3-0 triumph that went some way to seeing the Reds promoted to the Premier League that season.

The last time the sides met at Oakwell there was nothing between them. Reading led through Yann Kermorgant's strike before Ethan Pinnock powered home a header in injury time for a 1-1 draw. 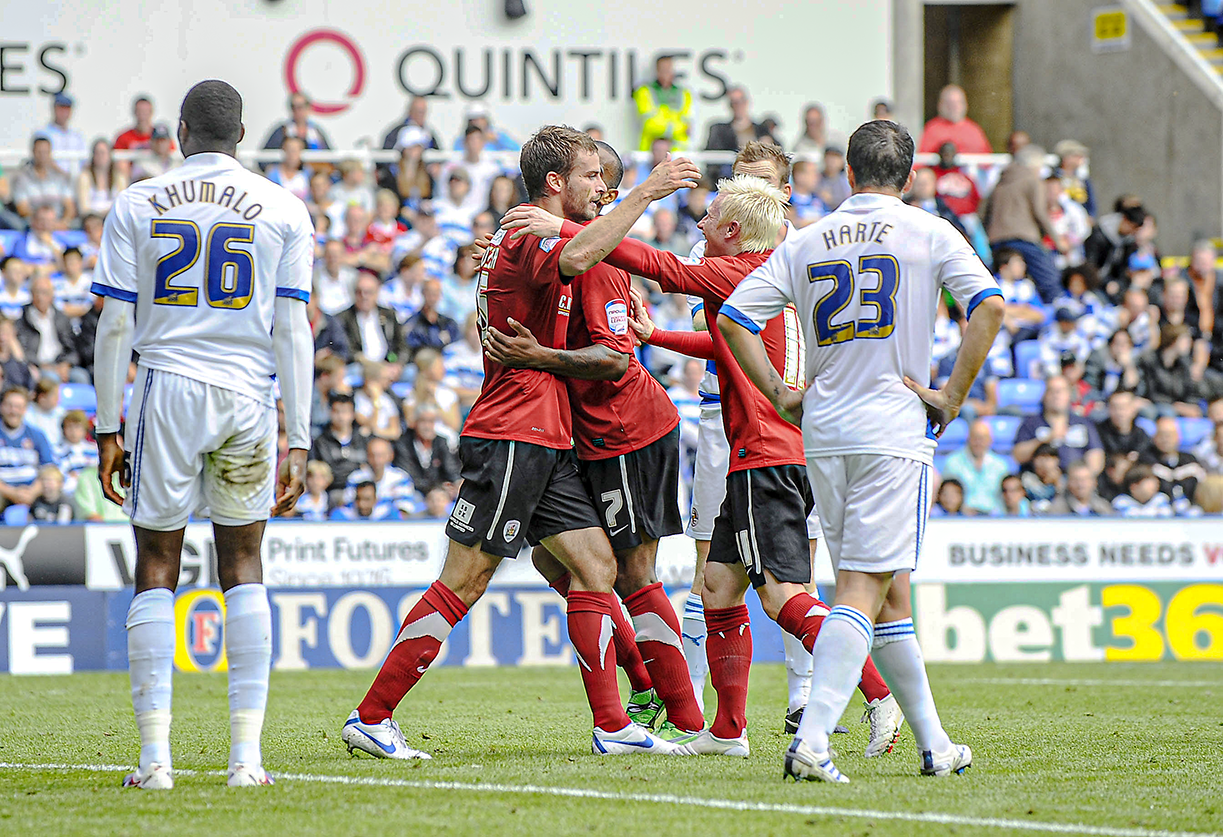 Historically, there isn't much separating the two clubs.

There have been 26 Barnsley victories and 29 for Reading, with a further 19 games ending as a draw, in a fixture that has been contested since 1926.

There will be live coverage of the game on iFollow Barnsley for both UK and overseas subscribers, with Matt Bailey on commentary and four-camera HD footage from Oakwell, just before the 7.45pm kick-off. 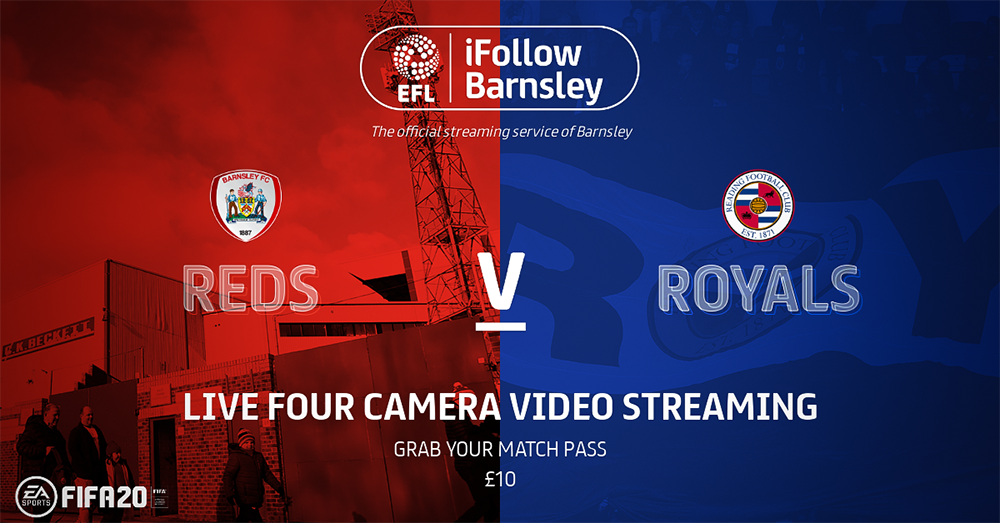 The Reds were held to a 1-1 draw under the lights at Oakwell on Wednesday night, as Reading came from behind to rescue a point in the Sky Bet Championship.

Cauley Woodrow put Barnsley ahead early on in the second half, before Lucas João scrambled home with 15 minutes to play.

Head Coach Gerhard Struber made one change to the side following defeat at Cardiff City on Saturday, as the injured Aapo Halme was replaced by Kenny Dougall.

Coming into the game, Reading had the better of this fixture over recent years, entering the match unbeaten in their last four meetings against the Reds.

However, in their bid to make it two wins in a row on home soil, Barnsley started quickly.

Jacob Brown had the opening chance inside five minutes, as he latched onto a pull back by Jordan Williams, but as he looked to curl his effort into the top corner, his shot narrowly missed the target.

Mike Bähre then came close again for the Reds after a quick counter from one end to the other, but the German’s shot from the inside left of the area was well saved by Rafael Cabral in the Reading goal.

Barnsley were turning up the heat in what was a cold winters’ evening at Oakwell, as Alex Mowatt went inches away from giving the Reds the lead, with a low long-range effort that nestled just past the post.

Then, Reading, who had been relatively quiet for 25 minutes, carved out their first opportunity close to the half-hour mark, as former Premier League midfielder Charlie Adam struck a vicious shot from distance, but Sami Radlinger was equal to the challenge and tipped the ball behind for a corner.

However, still, the Reds continued to apply the pressure and were almost rewarded when Chaplin was played though on goal by lovely weighted pass from Woodrow.

The striker got in behind the Reading backline and looked to slot past Cabral, but as he shaped his body to shoot, the goalkeeper closed down the angle and blocked the effort away with his feet, in what proved to be the last piece of action in the first half.

As the game got back underway, Reading started the stronger of two sides. João passed square for Liverpool loanee Ovie Ejaria, however, the midfielder couldn’t keep his shot down, as he blazed over the bar.

Although, it didn’t take long for the Reds to get back into the swing of things and pick up from where they left off.

Mowatt had another shot saved, before a blocked clearance landed in the path of Woodrow on the 57th minute. The striker made no mistake from close-range and confidently placed the ball in the bottom left corner.

Ten minutes later, Adam saw his free-kick on the edge of the area palmed away by Radlinger, before Reading were able to equalise courtesy of João in the 76th minute.

Following the equaliser, the Royals had their tails up, and João again went close from a header shortly after.

Then, with just over five minutes remaining, Ejaria cut inside from the left onto his right foot and shot across the face of goal, but good handling by Radlinger prevented the effort from going in.

The fourth official indicated six minutes of added time, allowing Barnsley one last attack. Substitute Patrick Schmidt raced inside the area, before he shot from a tight angle, which was saved at the near post by Cabral.