The Reds are back on the road this coming weekend with a trip to Wigan to take on the Latics in the Sky Bet Championship - it's time for the preview.

With back-to-back defeats suffered in the previous week away at Birmingham City and then on home soil against Luton Town last time out, Head Coach, Daniel Stendel will be looking for a positive reaction when he takes his squad to Greater Manchester this weekend for game six of the 2019/20 season.

The loss against the Hatters - the Reds' first Oakwell league defeat under Stendel - also saw the loss of two players to injury. 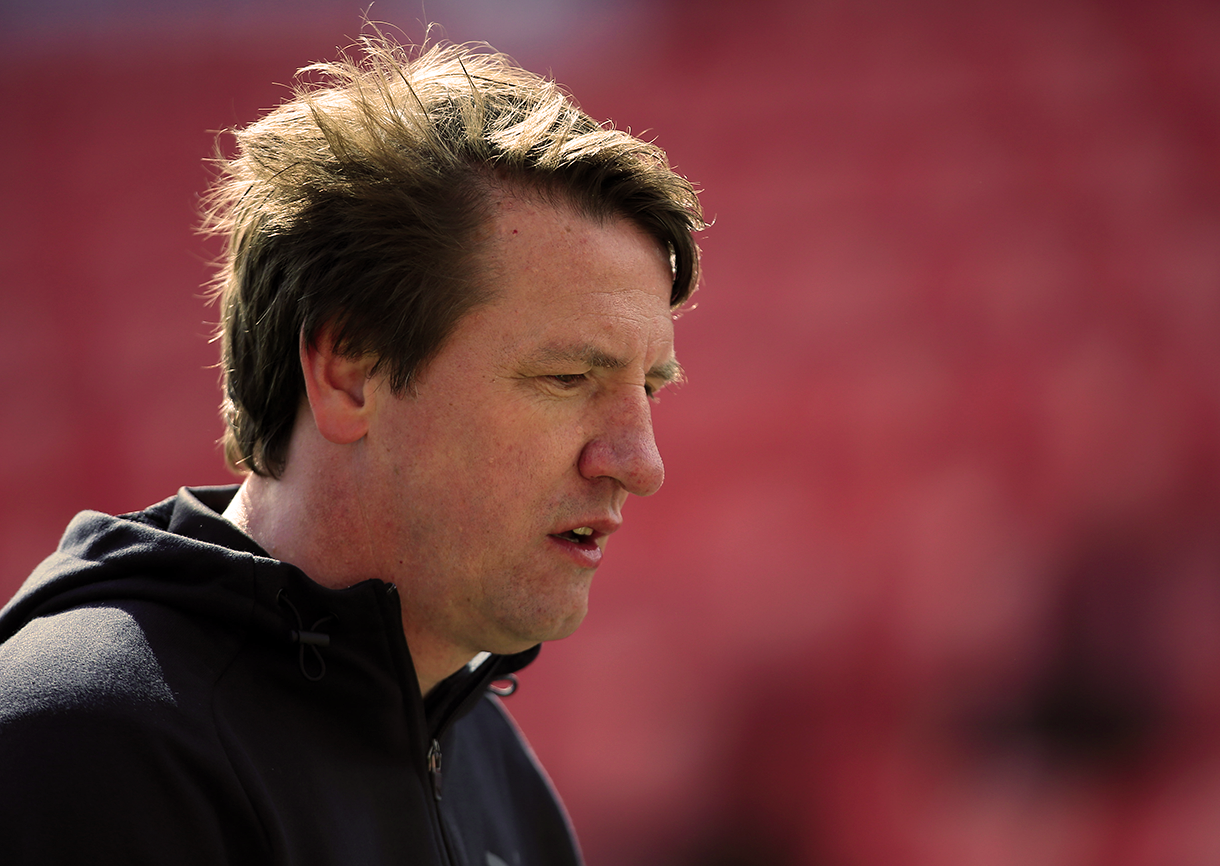 Goalkeeper Sami Radlinger is likely to be missing for a number of months and central defender Bambo Diaby - who limped off in the second half - will almost certainly be missing in the short term.

With striker Cauley Woodrow, defender Jordan Williams, midfielder Kenny Dougall and youngster Jacob Brown already missing, the options for Stendel have decreased as the month has gone on. 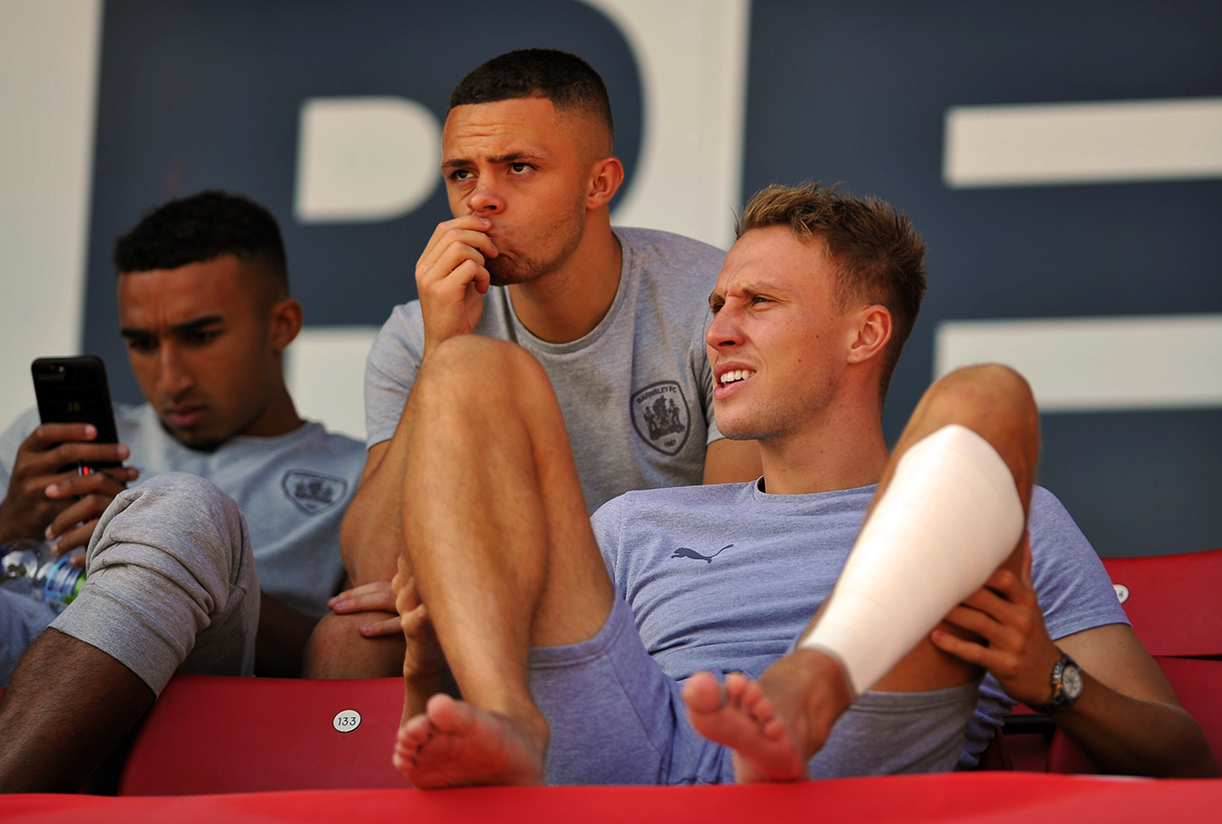 The international break that's on the horizon will therefore arrive at a good time for Barnsley, and a positive result this Saturday would be a terrific way to end a tough first month of the campaign. 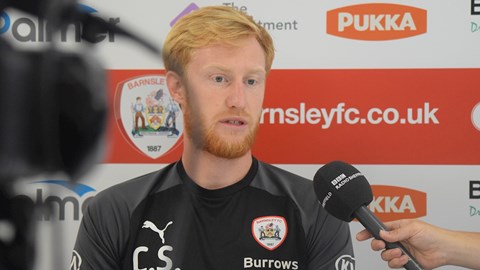 Our subscribers to iFollow Barnsley can watch the pre-match press conference videos ahead of the Wigan trip, where First Team Coach Chris Stern and captain Mike Bähre previewed the Latics clash.

Our opponents this weekend are not enjoying the greatest of times themselves, heading into Saturday's 3pm kick-off. 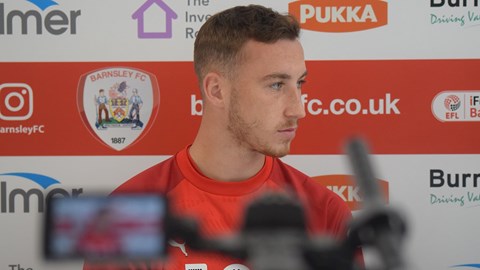 After opening the season with a shock 3-2 victory over newly-relegated Cardiff City, the Latics have lost the next four league fixtures whilst also exiting the Carabao Cup at the first hurdle. 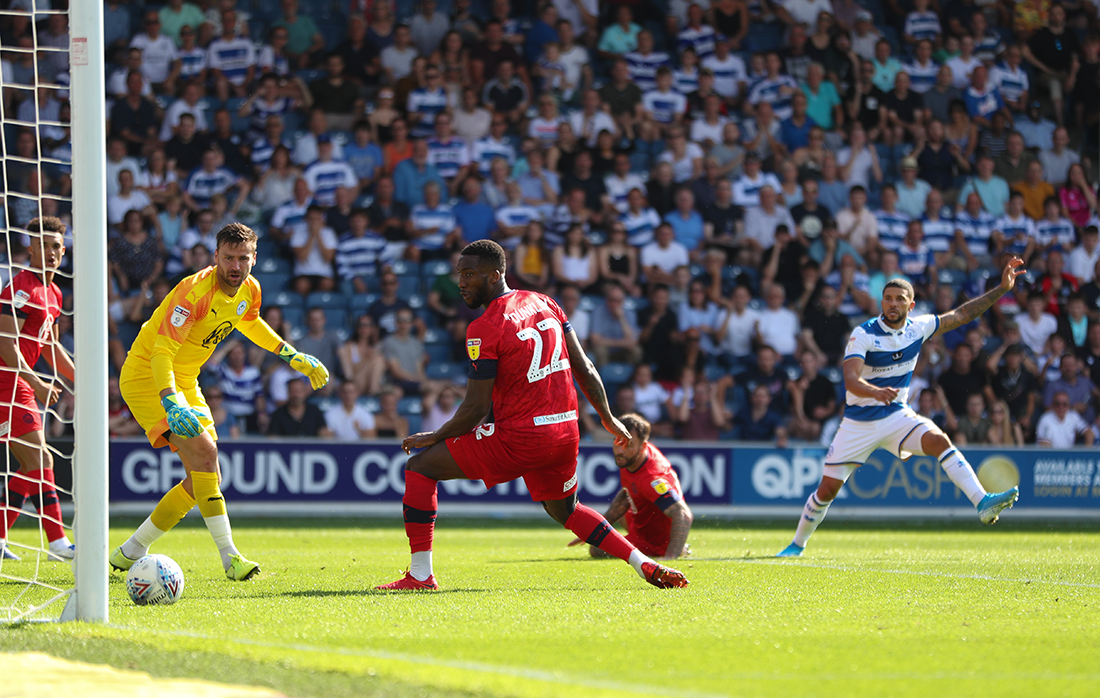 They've scored just one goal in their five competitive fixtures since the season-opener, and conceded 11 times.

Wigan were busy in the transfer market over the summer. There were 11 arrivals at the DW Stadium, with former Reds loanee Joe Williams a notable addition and two of last season's shining lights in League One joined the club - Jamal Lowe and Bright Enobakhare. 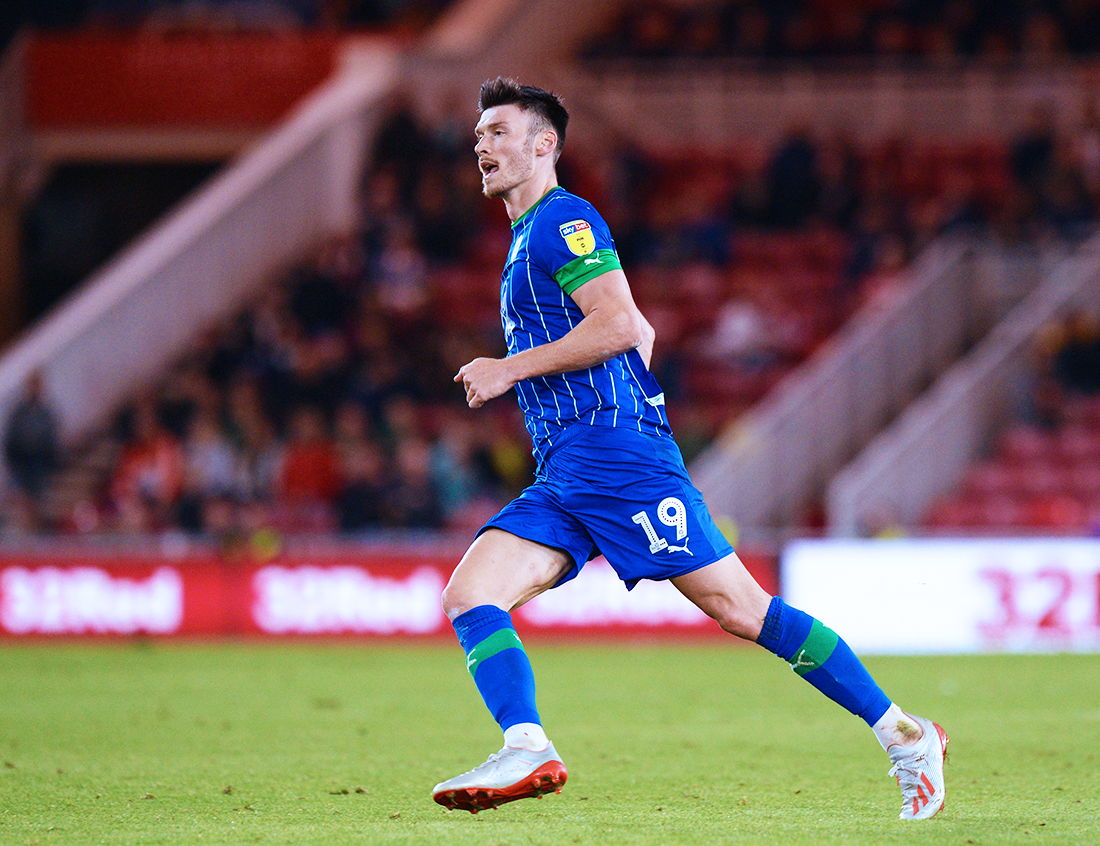 Of course, the biggest move saw Kieffer Moore leave Oakwell for Wigan and whilst the tall striker has been injured recently, he might well be in contention this weekend for a start against the Reds.

Another familiar face would be Sam Morsy. The Egyptian international is Latics captain and he spent half-a-season on loan with Barnsley during the 2016/17 campaign.

In charge at the DW Stadium is Paul Cook. 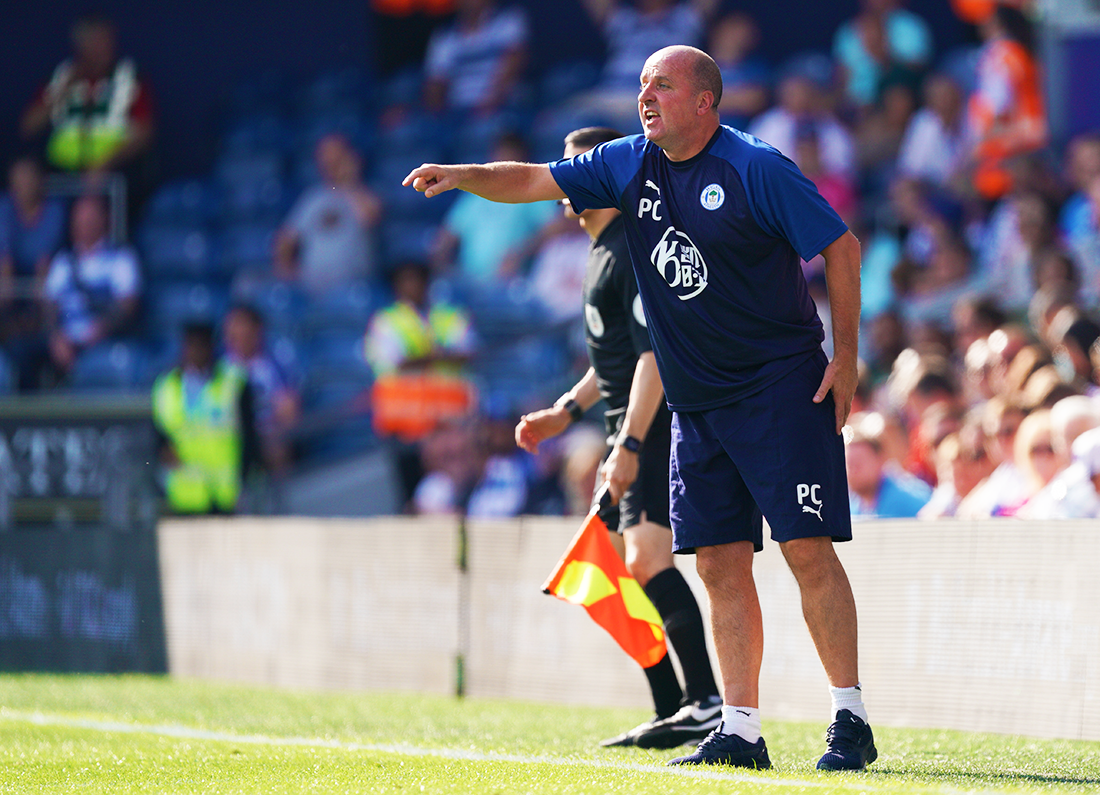 The former Chesterfield manager has been with Latics since the summer of 2017 and represented the club as a player back in the mid-1980's.

Cook is in his twelfth season of management and is closing in on 650 matches in the dugout.

This will be the first meeting between the two sides since April of 2017 when after leading 2-0 at one stage, the Reds were ultimately beaten 3-2 at the DW Stadium in a Sky Bet Championship end-of-season clash. 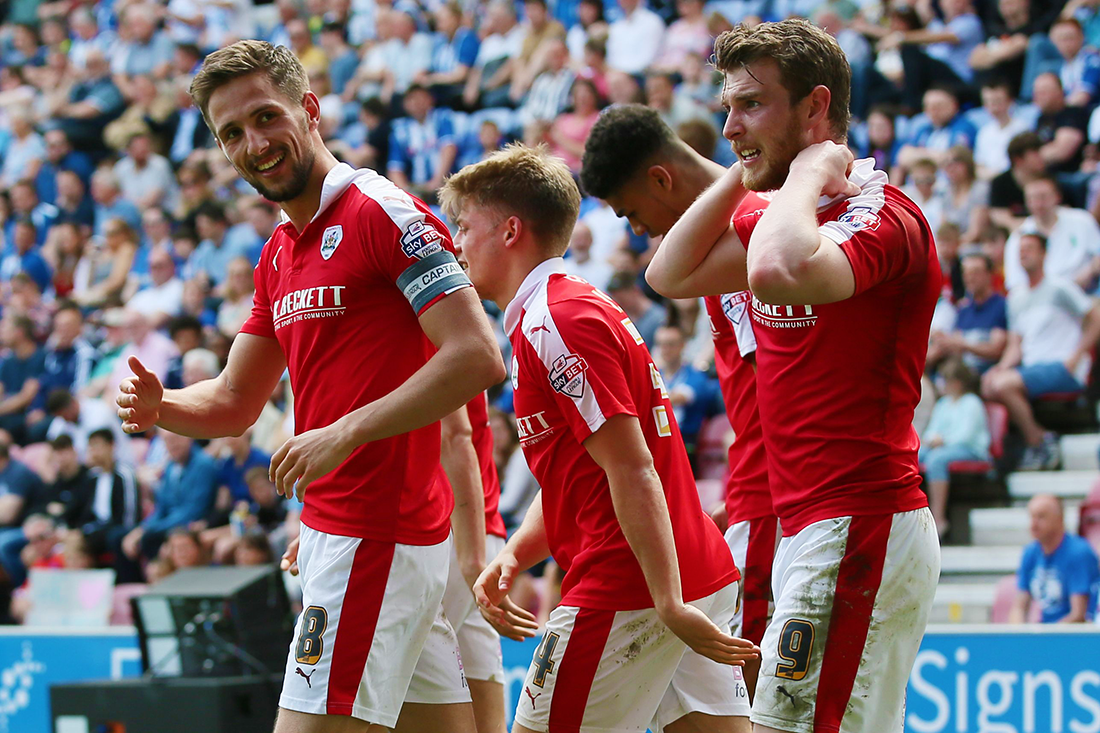 The trip prior to that one was a day that most will never forget. In May of 2016 the Reds headed to Wigan on the final day of the 2015/16 season needing a victory to secure a playoff place. Latics were already Champions. Barnsley took them apart, a 4-1 victory sealing 6th position and a path to eventual playoff glory under Paul Heckingbottom.

Owing to Wigan Athletic being a non-league club for much of their history there have only been 14 meetings with them, and Latics edge the head-to-head record with six wins to the Reds' four. 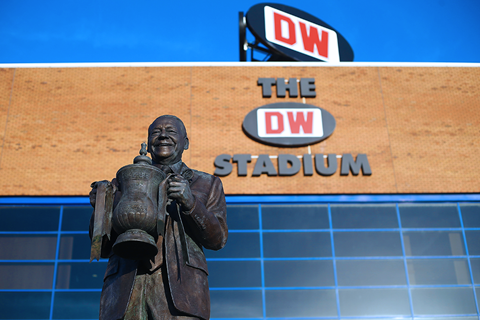 We have sold roughly 1,500 tickets for this clash with pay on the day available also. There is no price increase. For those wanting to collect tickets from DW Stadium you'll need to head to window 9 of the main ticket office of the stadium.

For those unable to attend the match we will be broadcasting LIVE and uninterrupted commentary on iFollow Barnsley from just before 3pm with our very own Matt Bailey on the mic and a special guest summariser.

Our overseas subscribers to iFollow Barnsley will be able to enjoy the whole match streamed LIVE in HD with four-camera footage, replays and audio commentary. 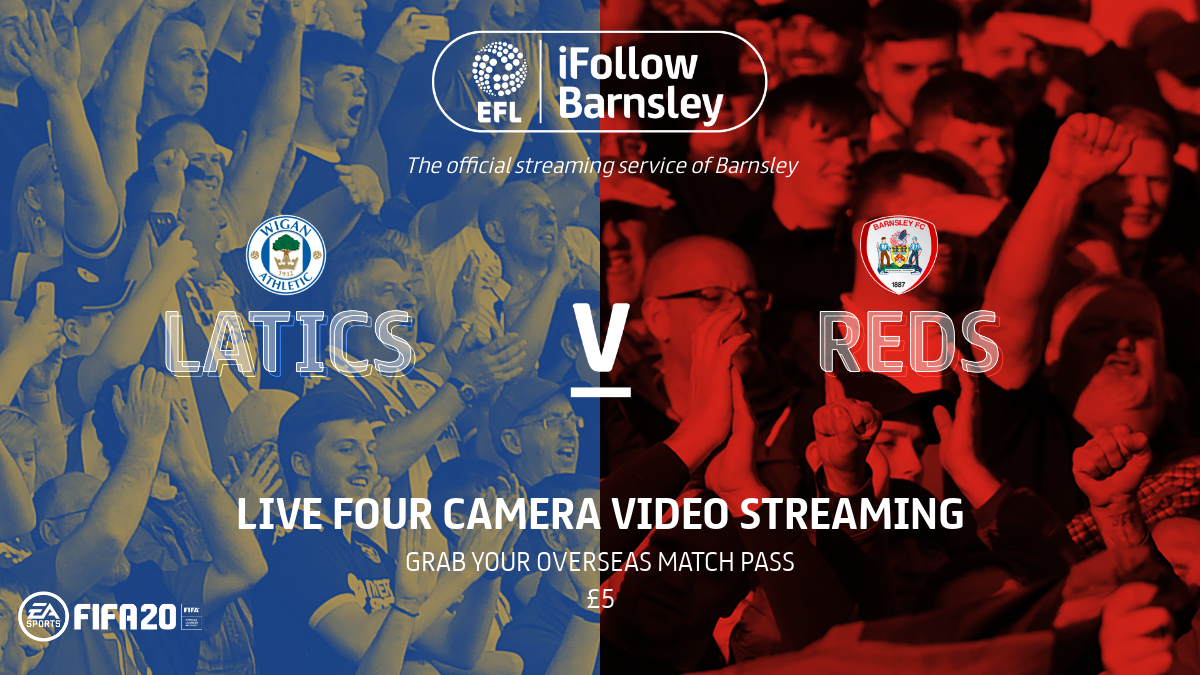 Barnsley bounced back from last weekend’s defeat against Luton Town to claim a point against Wigan Athletic at the DW Stadium.

The Reds, backed by over 1,500 travelling fans from South Yorkshire, made the trip to Greater Manchester looking for their first away win of the season.

Both sides have been in similar form as of late, and that translated onto the pitch. It was a very tight affair early on, with both teams looking to gain a foothold in the match.

But the Reds were definitely the brighter of the two teams. The high intensity, pressing football that Head Coach Daniel Stendel has instilled into the players was well and truly on show as the away side won the ball back in numbers and looked to attack quickly.

Dimitri Cavaré and Luke Thomas, in particular, were enjoying most of the joy on the right-hand side, linking up well and looking to get the ball into the forwards.

The first opportunity of the game came to Conor Chaplin as he looked to be in on goal but unfortunately struggled to get his shot away. But the best chance of the half was a blistering strike from Mamadou Thiam following a lay off from a free kick. The forward hit it with real venom, but Wigan ‘keeper David Marshall pulled off a great save up to his left to keep the scores level.

Despite the Reds being in the ascendancy for longer periods, the home side started to grow into the game as the half progressed. The clear plan was to get balls into the box to their frontman, but the defence stood tall to thwart any Latics attack that came their way.

It was a similar story after the interval as Barnsley continued to attack with great pace on the flanks through Mallik Wilks and the lively Thomas. The relentless high press forced a great chance as Thomas intercepted the ball high up the pitch, took on his man with ease and squared the ball to Chaplin in the box, who couldn’t quite wrap his foot around it and was unfortunate not to score.

Winning the ball back high became a regular occurrence for Stendel’s men, with it being the cause of many chances. The next was from Mike Bähre, who struck the ball goal bound on the half volley but Marshall was equal to his effort.

Wigan’s opportunities were few and far between throughout the game and that was down to the Reds’ impressive defensive display. However, a free kick from Charlie Mulgrew was flicked towards goal, forcing a tremendous reaction save from Brad Collins to keep it at 0-0 despite being relatively untested all day.

As the fourth official held up his board to indicate added time, Barnsley were reduced to ten men when Ben Williams was shown a straight red card for a late challenge on Lee Evans.

However, despite a late rally from the hosts, Barnsley still managed to stand strong and defended the aerial onslaught excellently, gaining their first away point of the season.

Tickets remain on sale for our next Sky Bet Championship fixture against the Latics.

We were allocated 2,348 North Stand tickets for our trip to Wigan Athletic on Saturday 31st August 2019, kick-off 3pm.

As of Wednesday 28th August we have sold roughly 1,300 tickets.

They remain on General Sale now priced as follows:

We have a small amount of seats still available on our official coaches. These will depart Oakwell at 12pm, tickets priced at £20 per person. 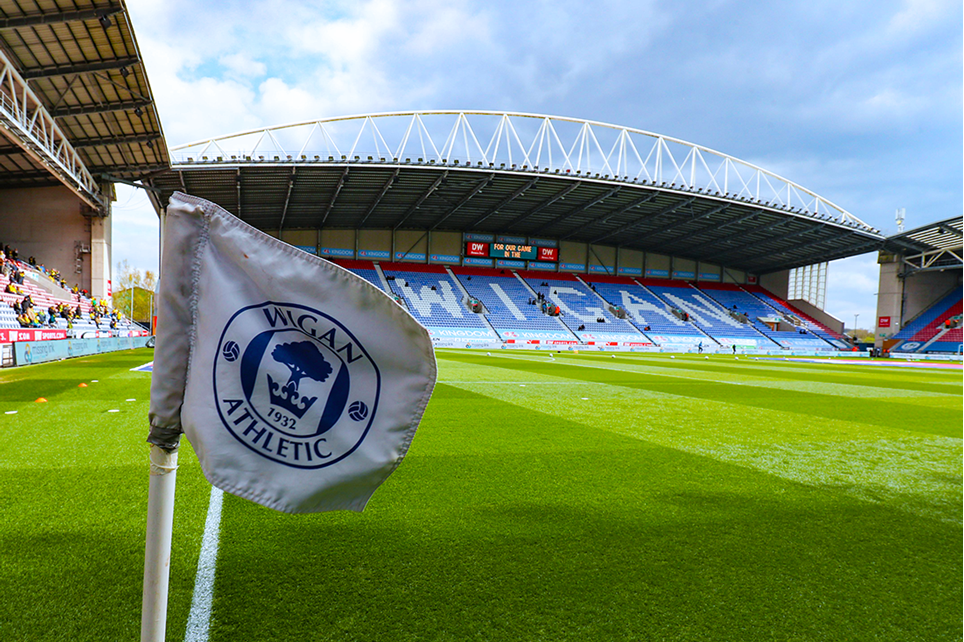 
Tickets are now on sale for our trip to the DW Stadium.